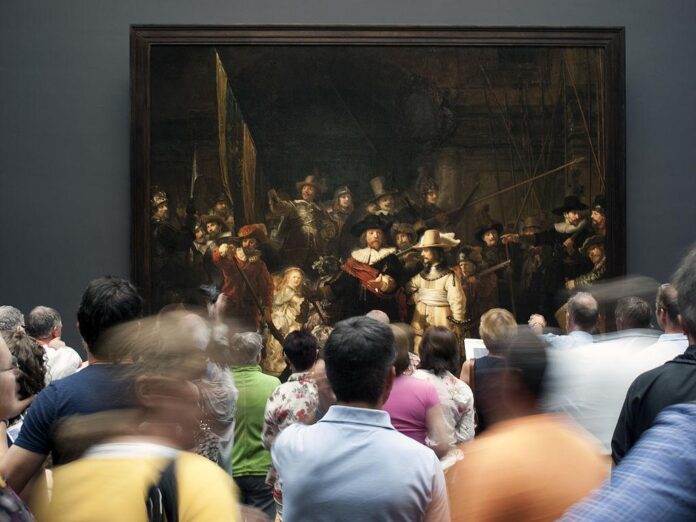 Art isn’t the opposite of science, but its other half. That’s one of the many conclusions gleaned so far by the team at Amsterdam’s Rijksmuseum studying how to restore Rembrandt’s .

Dubbed “Operation Night Watch,” the team’s investigation’s started in 2019, as a collaboration between conservators at the Rijksmuseum and scientists from AkzoNobel, the Dutch company behind Dulux paints. They are using cutting-edge imaging technology to plan the work’s first restoration in 40 years, digging into Rembrandt’s working process along the way. In addition to uncovering preliminary sketches beneath the painting’s surface, researchers have harnessed AI to recreate—based on copies—what the work looked like before four sections of canvas were removed in 1715.

High-resolution photographs taken using a Hasselblad H6D-400c MS camera produce digital images where “one pixel in the photographs covers an area smaller than a single red blood cell,” reported in 2019. The primary focus of this restoration is “a whitish haze that has settled around the dog in the bottom right corner,” added. 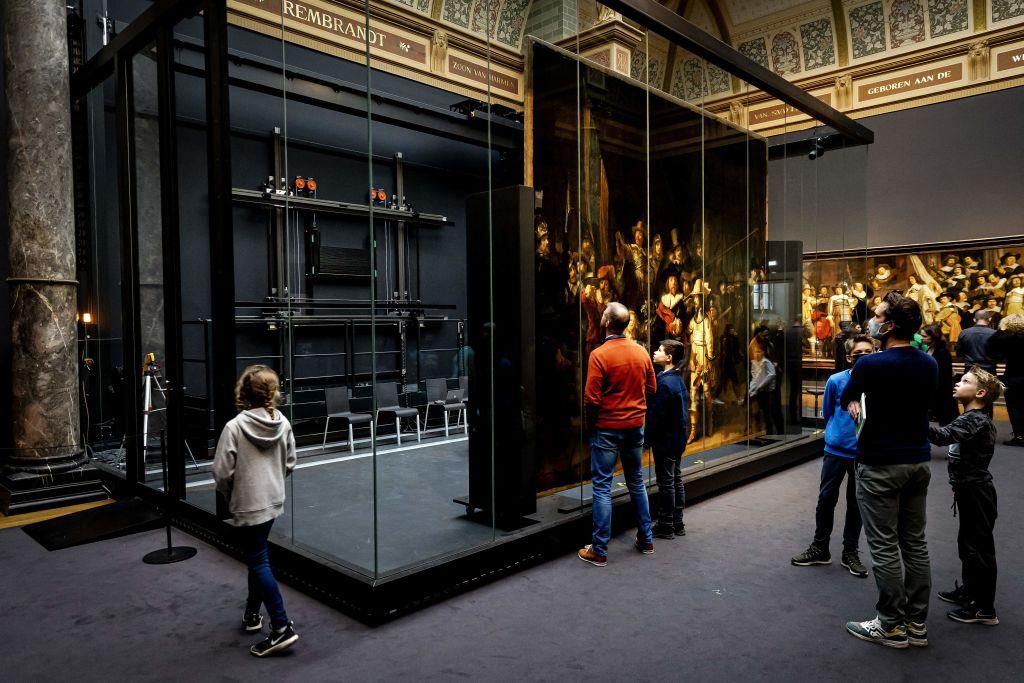 Now, AkzoNobel research and development manager Gerard van Ewijk has found some interesting details about Rembrandt’s impasto technique, in which the artist’s brushstrokes are clearly visible on the canvas,  wrote this week.

Rijksmuseum head of science Katrien Keune told the newspaper that researchers had detected egg yolk in one “tiny square of paint, smaller than a crumble.” At first, they figured the artist mixed it with boiled linseed oil and lead oxide to create a thicker paint.

Upon examining the material though, Van Ewijk realized Rembrandt didn’t really need yolk to achieve this texture. “A 30:70 ratio of raw linseed oil and lead white creates the perfect impasto paint, raising a perfectly plausible alternative recipe to that previously assumed to have been used,” the publication wrote.

Petria Noble, head of paintings conservation at the Rijksmuseum, told the that AkzoNobel’s exploration disproved previous theories that wax or paint scrapings had been used by Rembrandt to create the artist’s signature impasto touches.

“It is still a bit of a mystery why it is there,” Van Ewijk said of the egg.

The team is next slated to decide by December whether they will make the risky attempt to remove layers of varnish caked on the canvas by previous restorations.