Home Photo/Video Go Behind the Scenes with Photographer William Wegman and his Famous Weimaraner... 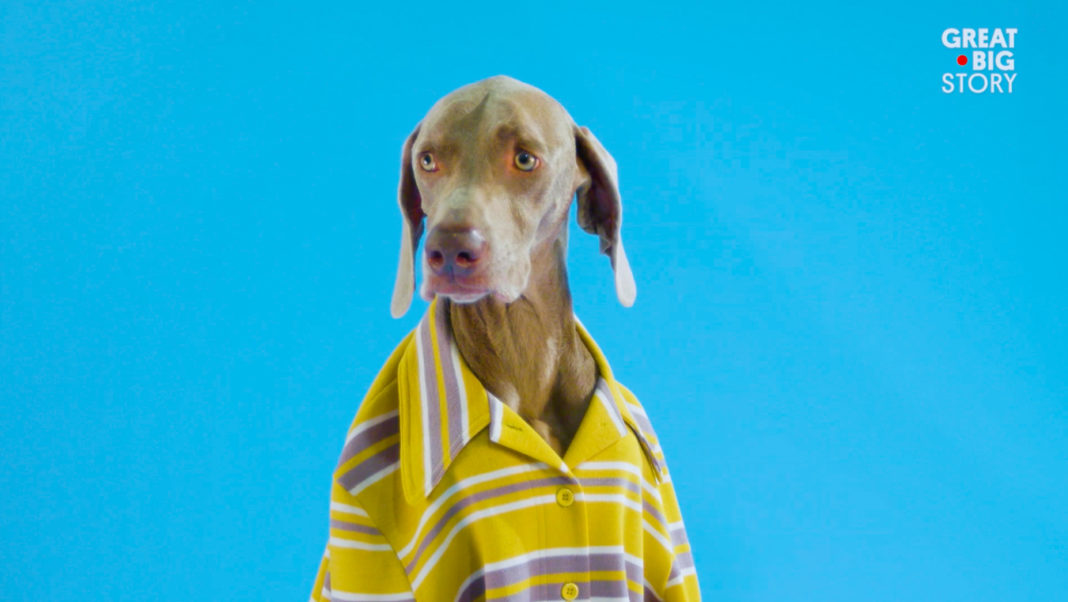 Photographer William Wegman began photographing his Weimaraner dog in the 1970s, and hasn’t looked back. Though his original pup, named Man Ray, has long since passed away, Wegman has continued his well-known series of anthropomorphic dog portraits with his more recent canine companions. Wegman has also created videos, children’s books, fashion campaigns, and even regularly occurring Sesame Street segments, all based around his dressed-up dogs.

William Wegman was born in 1943 in Holyoke, Massachusetts. He received a B.F.A. in painting from the Massachusetts College of Art, Boston in 1965 and an M.F.A. in painting from the University of Illinois, Champagne-Urbana in 1967. From 1968 to 1970 he taught at the University of Wisconsin. In the fall of 1970 he moved to Southern California where he taught for one year at California State College, Long Beach. In 1971 He moved to Santa Monica. By the early 70s, Wegman’s work was being exhibited in museums and galleries internationally. In addition to solo shows with Sonnabend Gallery in Paris and New York, Situation Gallery in London and Konrad Fisher Gallery in Dusseldorf, his work was included in such seminal exhibitions as “When Attitudes Become Form,” and “Documenta V” and regularly featured in Interfunktionen, Artforum and Avalanche magazines. 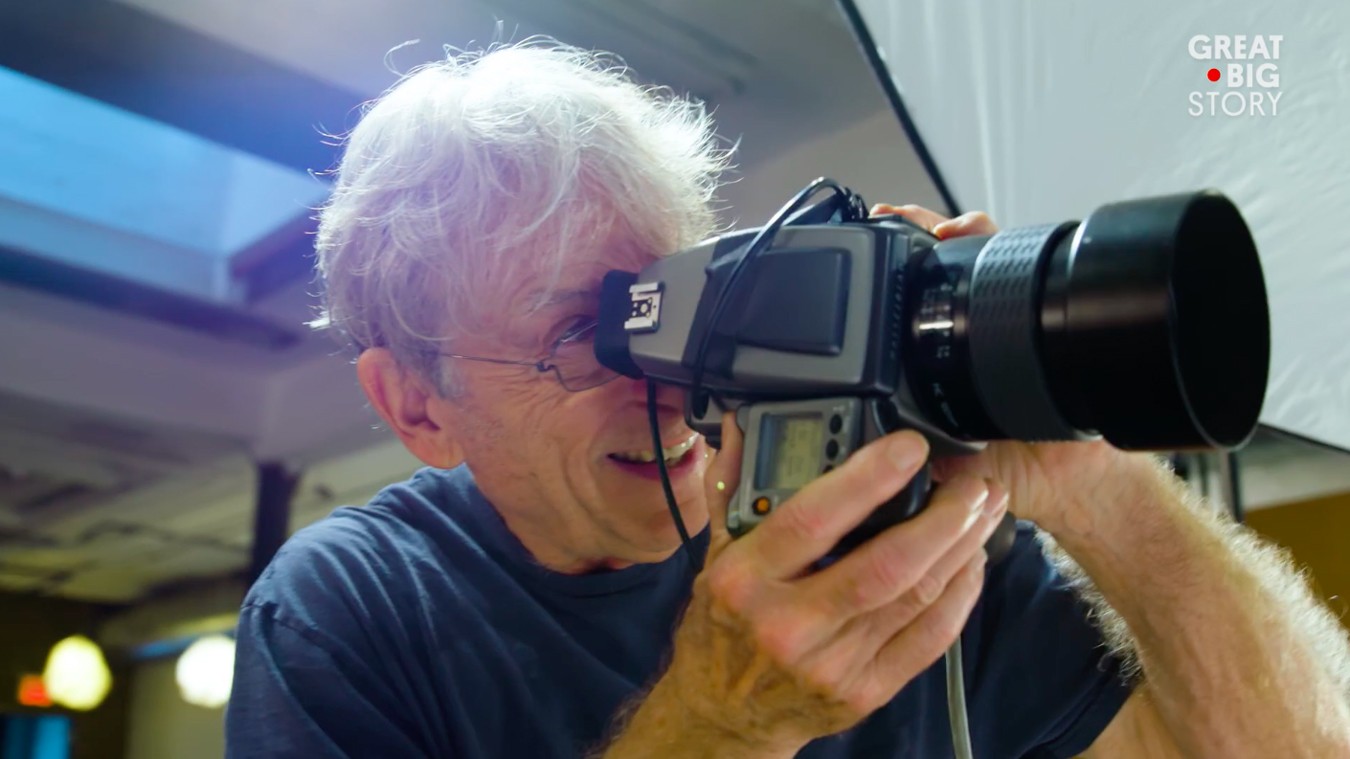 It was while he was in Long Beach that Wegman got his dog, a Weimaraner who he named Man Ray, and began a long and fruitful collaboration. Man Ray, known in the art world and beyond for his endearing deadpan presence, became a central figure in Wegman’s photographs and videotapes. When Man Ray died in 1982 he was named “Man of the Year” by the Village Voice.

It was not until 1986 that Wegman got a new dog, Fay Ray, and another collaboration began marked by Wegman’s extensive use of the Polaroid 20 x 24 camera. With the birth of Fay’s litter in 1989, Wegman’s cast grew to include Fay’s offspring–Battina, Crooky and Chundo–and later, their offspring: Battina’s son Chip in 1995, Chip’s son Bobbin in 1999 and Candy and Bobbin’s daughter Penny in 2004. 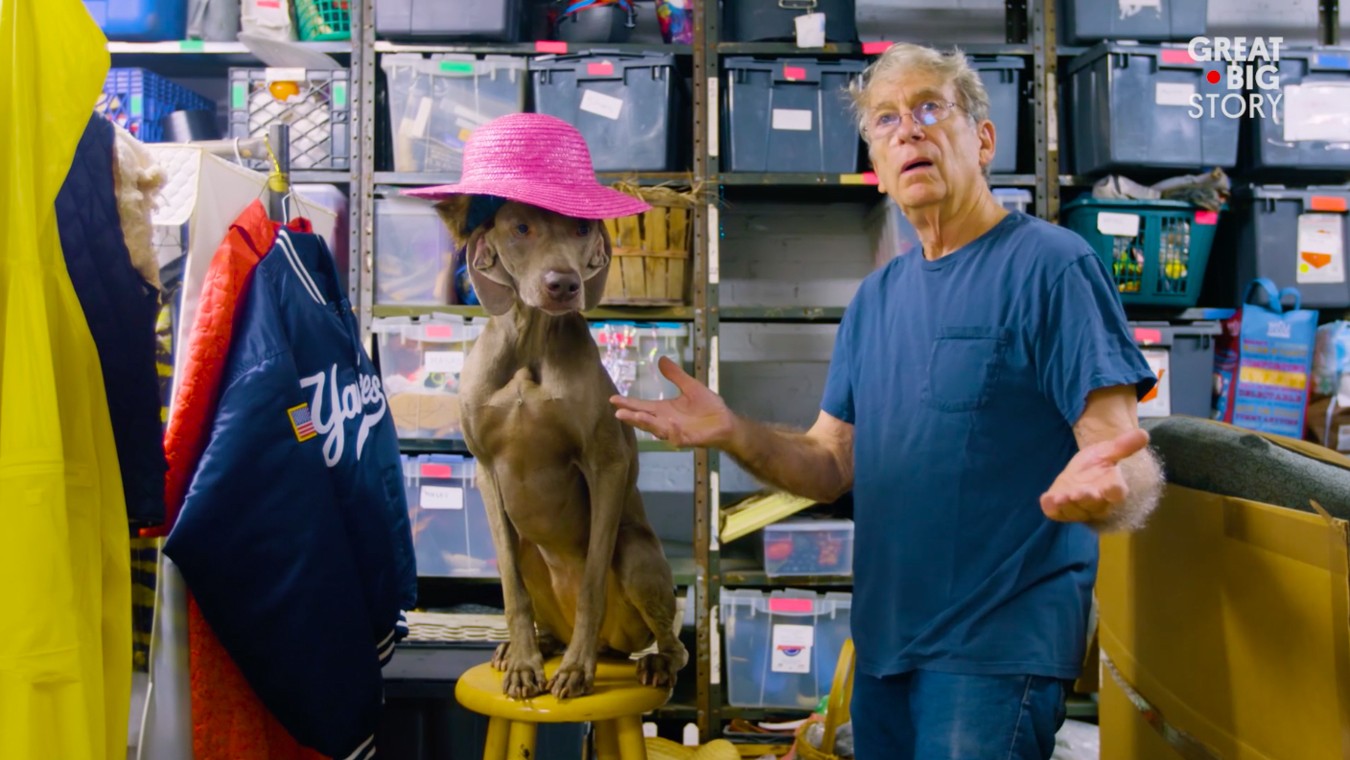 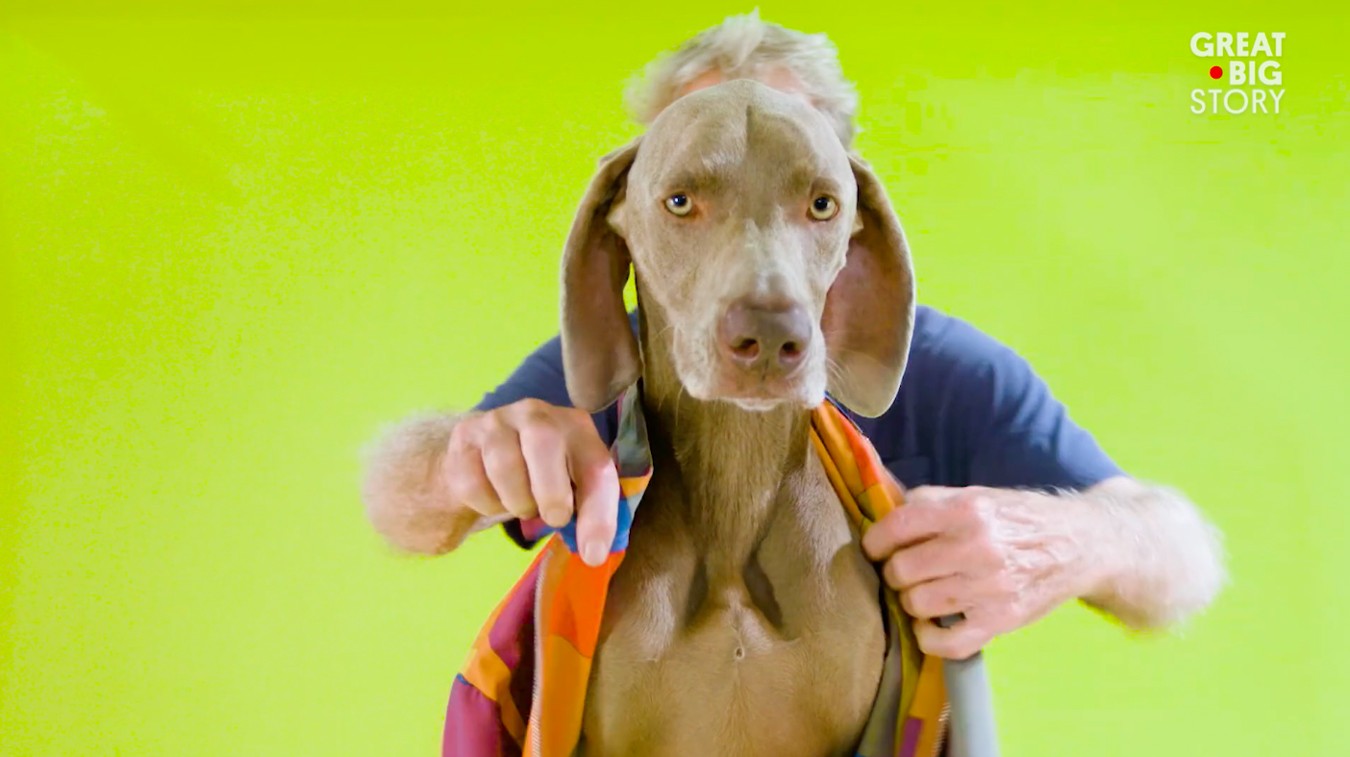 Wegman has created film and video works for Saturday Night Live and Nickelodeon and his video segments for Sesame Street have appeared regularly since 1989. In 1995, Wegman’s film The Hardly Boys was screened at the Sundance Film Festival. Wegman has been commissioned to create images for a wide range of projects including a fashion campaign for Acne, banners for the Metropolitan Opera and covers for numerous publications including The New Yorker and, most recently, Wallpaper. Wegman has appeared on The Tonight Show with Johnny Carson and with Jay Leno, The David Letterman Show and The Colbert Report.

Numerous retrospectives of Wegman’s work have toured Europe, Asia and the United States including: “Wegman’s World,” at the Walker Art Center, Minneapolis in 1981; “William Wegman: Paintings, Drawings, Photographs, Videotapes,” which opened at the Kunstmuseum, Lucerne in 1990 and traveled to venues across Europe and the United States including the Centre Pompidou, Paris and The Whitney Museum of American Art, New York; “Funney/Strange” which opened at the Brooklyn Museum of Art in 2006 and made its final stop at the Wexner Center for the Arts, Columbus in the fall of 2007 and ?Hello Nature? which opened at the Bowdoin Museum of Art in 2012 and travelled to Artipelag in Stockholm, Sweden. Recent museum exhibitions have included touring retrospectives in Japan, Korea and Spain and numerous gallery exhibitions including in 2016 “William Wegman: New and Used Furniture” at Marc Selwyn Fine Art, Los Angeles and “William Wegman: Paintings” at Sperone Westwater Gallery, New York. 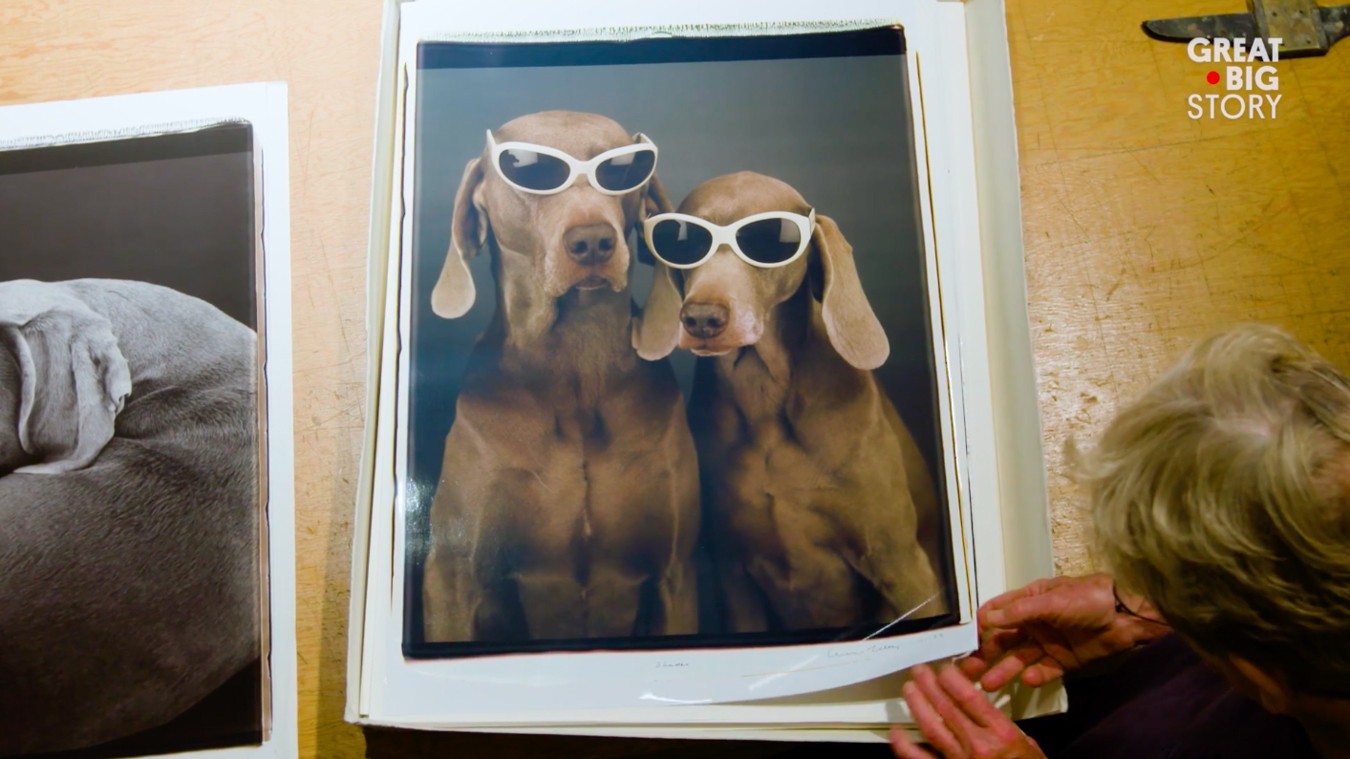 In this short video by Great Big Story, you can see behind-the-scenes of Wegman’s photo shoots, and his process of developing characters with costumes from his enormous prop room.