Home News Revealed: The Top Consignors to This Week’s London Auctions, Including a Whitney...

London is the center of the art market this week, anchored by the Frieze art fair at the Regents Park and mid-season sales at Christie’s, Sotheby’s, and Phillips.

There’s more than £160 million worth of art up for grabs at auction, and first indicators are upbeat despite socio-economic tribulations around the world, including a threat of nuclear war.

The art market, as it has in the past couple of years, is marching to the tune of carefully choreographed sales and bidding wars for still-untested artists. London auctions are typically smaller than the semi-annual New York extravaganzas in November and May. Underscoring this, Christie’s held its 20th/21st century “evening sale” at 2 p.m. local time on Oct. 13. It totaled £72.5 million ($82.2 million), including fees, surpassing the high estimate of £55.8 million. Phillips and Sotheby’s follow today, Oct. 14.

While most works are sold anonymously, some of the top items this season have designations. The top lot of the week is expected to be Francis Bacon’s triptych at Sotheby’s. Estimated at £30 million, it comes from the William S. Paley Foundation that had been promised to the Museum of Modern Art in New York and is now being sold for charity, including to build the endowment for the institution’s digital art.

The collection of Sherry and Joel Mallin contributed 12 lots to Sotheby’s evening sale and 46 lots to the day sale. The 1,000-lot consignment shows just how valuable such troves are to the auction houses in terms of volume, not just value. 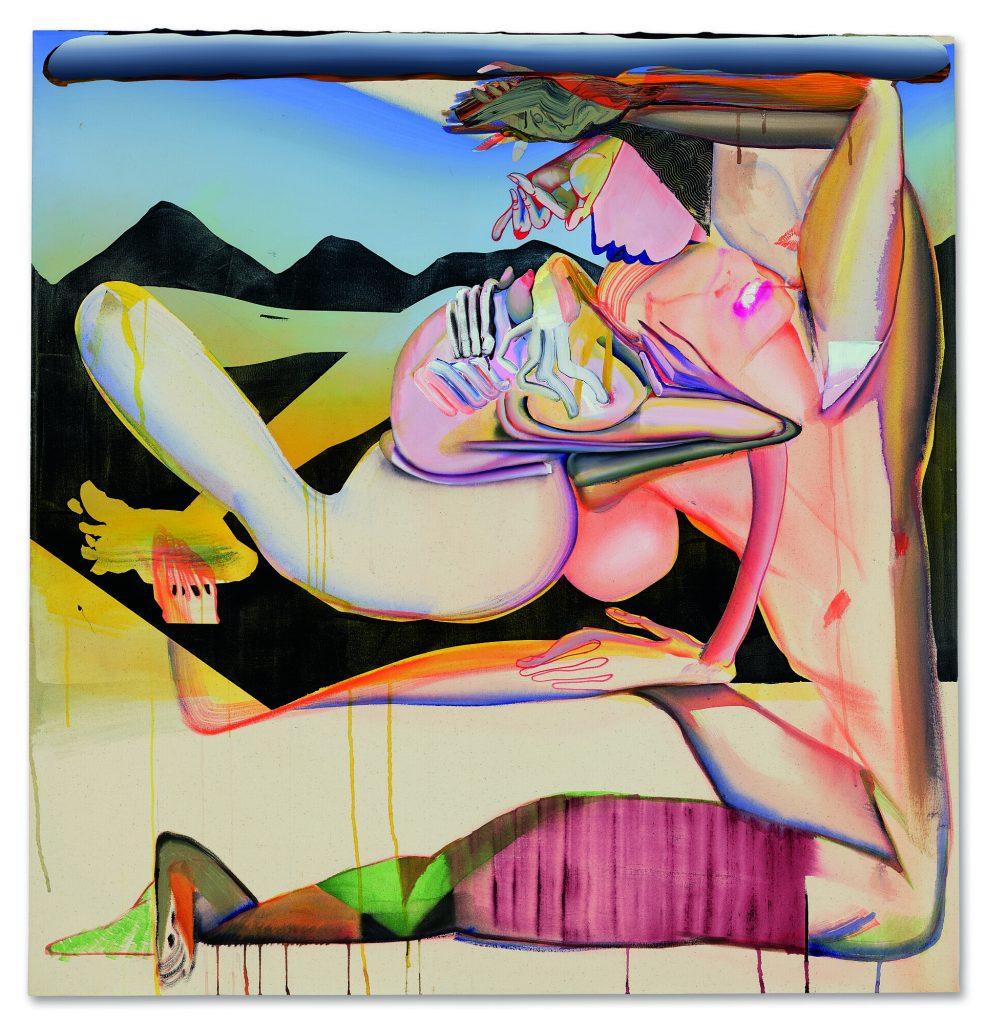 A Whitney Museum of American Art trustee, Sobel anonymously consigned five works to Christie’s. Guaranteed by the auction house, the group included paintings by in-demand artists Christina Quarles, Shara Hughes, Dana Schutz, Mickalene Thomas, and Rashid Johnson. All were designated as “Property From a Distinguished American Collection.” All but Thomas were purchased from the galleries that represented the artists at the time (some of the artists have since shifted to bigger shops).

“Mr. Sobel understands the importance of trying to ensure that artists are properly compensated for their work, even when that work is resold later at auction,” said Josh Schiller of law firm Boies Schiller Flexner LLP, who represents Sobel. “While one of the works was purchased at auction, for those that were not, before listing those pieces, Mr. Sobel approached the galleries where he had purchased the works initially to see if they would like to buy them back. When none did, he chose to sell the works at auction.” 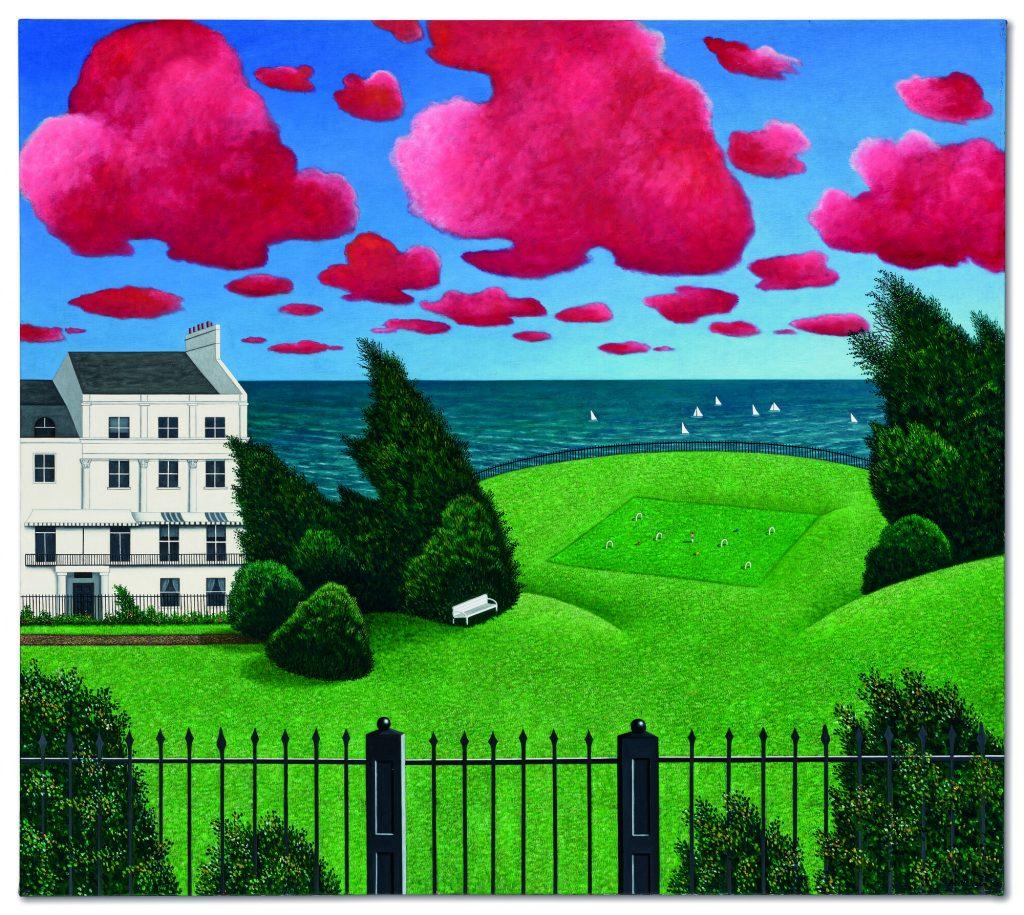 Roth, described in the Sotheby’s catalog as a Swiss collector, consigned (1992) anonymously. She’s an old friend of painter Scott Kahn, and bought the work in 1996 for about $1,500, according to Kahn. “None of us had any money, but those who bought at the time had jobs and wanted to support me and paid what they could,” Kahn said in an email. Some of his early supporters are now retired and have health problems. They sell the paintings to capture Kahn’s sudden market success. “Maya is battling cancer so the sale will help her with medical expenses,” Kahn said. “She helped me when we were young and now I hope the painting will help her.”

Reached after the sale in Dallas, where Kahn is giving a talk in conjunction with the opening of Matthew Wong’s exhibition, the artist said “I am SHOCKED at the results for !!!  Simply stunned …. and so happy for Maya!!!” 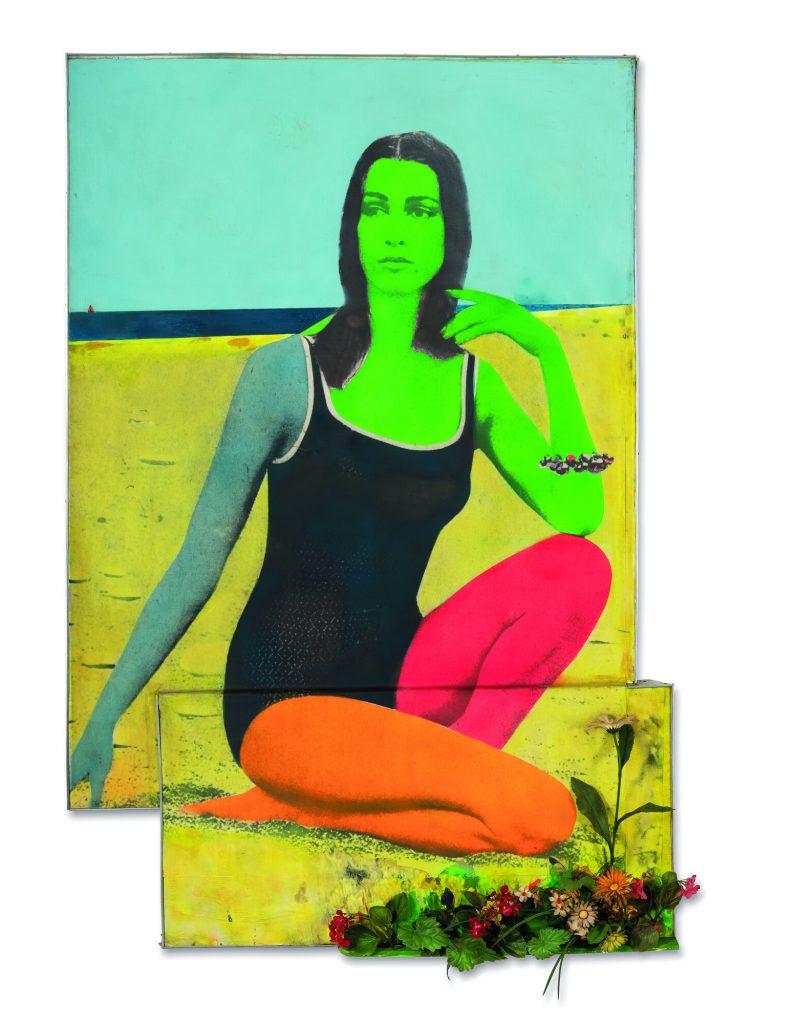 The late Belgian collectors began buying art in the late 1960s that expanded into one of the key troves of contemporary art in the Benelux, according to Christie’s which is offering 400 lots over a series of sales, with the estimates ranging from £100 to £1 million.

A 1963 painting by Martial Raysse Bien sûr le petit bateau (Of course the little boat), made of two joined canvases and depicting an attractive young woman in a bathing suit, fetched £693,000, surpassing the low estimate of 600,000. Luc Tuymans 1991 De Wandeling (The Walk) went for £1.2 million, surpassing the high estimate of £1 million. 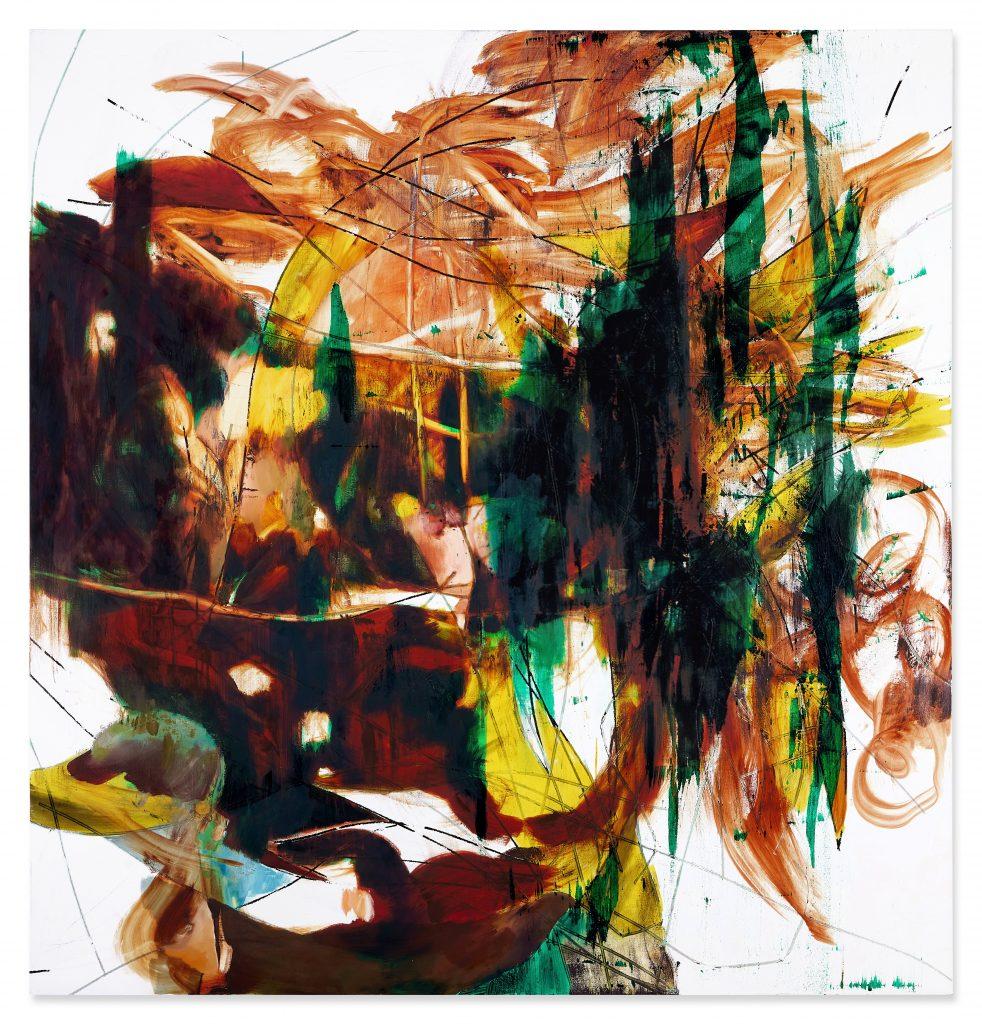 President and chief executive officer of tech company Telus and his wife are the sellers of Charline von Heyl’s painting at Sotheby’s, according to a person familiar with their collection. Designated as “Property of an Important North American Collection,” the untitled 2006 canvas was acquired from Friedrich Petzel gallery, according to the provenance. The almost 7-by-7 foot work is estimated at £180,000 to £250,000 and has a chance to set a new auction high for the German artist, whose record of $300,000 was achieved in 2019.

The Canadian couple has built a collection with a strong representation by female artists. In recent years, they’ve sold quite a few works, mostly privately, according to another person with the knowledge of the collection, including those by Lee Krasner and Joan Mitchell, working with galleries such as Pace and David Zwirner. The Entwistles didn’t immediately respond to requests seeking comment. A representative for Telus didn’t respond to an email seeking comment.

Francis Bacon, (1963), will be included in Sotheby’s contemporary art evening sale in London on 14 October, with an estimate in excess of £30 million ($34.7 million).

Bacon’s Three Studies for Portrait of is estimated at 30 million pounds at Sotheby’s. The small-format triptych is part of the $70 million modernist trove amassed by the CBS founder, and have been on long-term loan at MoMA. The work is coming to the market for the first time since Paley acquired it from Malborough Gallery in 1963, just a few months after it was painted. Proceeds from the sales will benefit several charitable organizations, including MoMA and The Paley Museum.