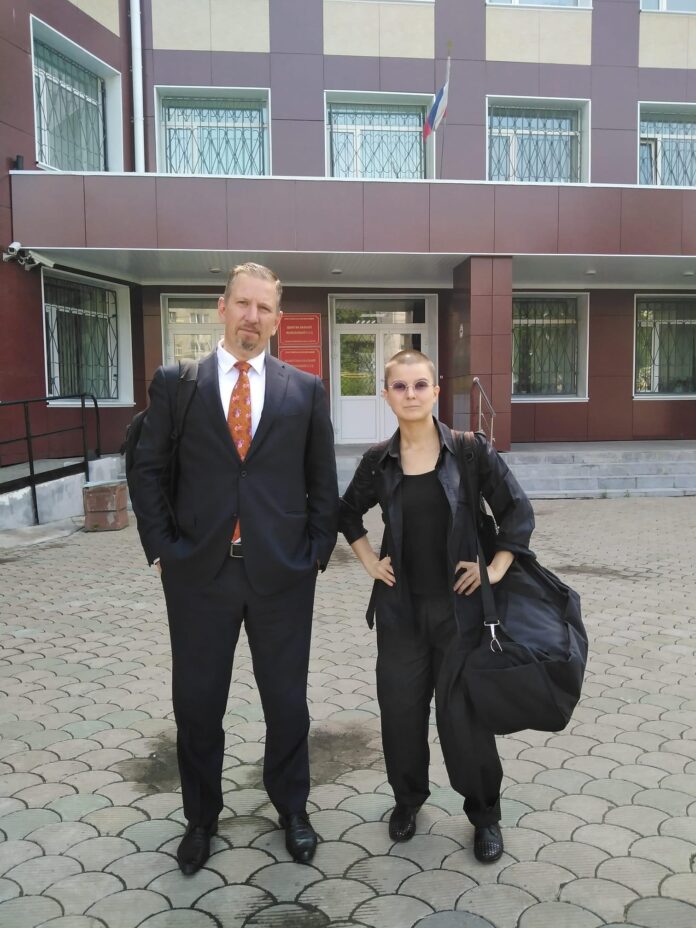 Yulia Tsvetkova, the feminist activist artist who faced up to six years in prison on pornography charges for body positive drawings she posted on social media in 2019, has been acquitted by a court in Russia.

The artist’s mother, Anna Khodyreva, who has been relentlessly advocated for her daughter’s freedom, announced the verdict on her Facebook page, with an initial “not guilty” post full of exclamation points. This was then followed by a more restrained post with a caveat.

“We rejoice, but not yet completely,” she wrote. “The prosecutor’s office can go for an appeal within 10 days.” In June, Khodyreva posted that the prosecutor’s office had asked for a real prison sentence of three years and two months. Commentators cited previous cases of the Russian system slamming activists with draconian sentences after initial acquittals.

Tsvetkova, 29, was first targeted by authorities in the remote military-industrial city of Komsomolsk-on-Amur in 2019 for alleged LGBTQ content of a play put on by a youth theater group that she ran. Its content fell foul of an anti-gay propaganda law passed by Russia in 2013 that aims to protect minors from propaganda of non-traditional sexual relations. This month two senior Russian parliamentarians proposed extending the ban to all ages.

Tsvetkova’s case drew international attention after she was placed under house arrest in 2019 on the pornography charges and fined for gay propaganda. Amnesty International declared her a prisoner of conscience and the Stedelijk Museum in Amsterdam acquired her works. In June, Tsvetkova was added to the Russian justice ministry’s list of “foreign agents.”

Following the verdict, Mediazona, the prisoners’ rights news site founded by Pussy Riot’s Nadya Tolokonnikova and Masha Alekhina, described the prosecution of Tsvetkova as “this absurd case during which experts were asked to compare images of vulvas with scenes from Sex and the City,” referring to an episode that showed an artist’s depictions of female genitalia.

Tsvetkova’s lawyer Aleksandr Pikhovkin told Forbes Life that an appeal by the prosecutors was “highly likely” and spoke of the case’s broader consequences. He said: “With regard to the future of the drawings, the court has clearly expressed its findings that the original position and context in which these drawings were included do not allow them to be considered pornographic,” he said. This is important not only for Yulia, but also for the entire artistic, museum, and academic community, which, in the event of a guilty verdict (and given the possibility of an appeal, this risk still remains) may be forced to put underwear on ancient sculptures.”