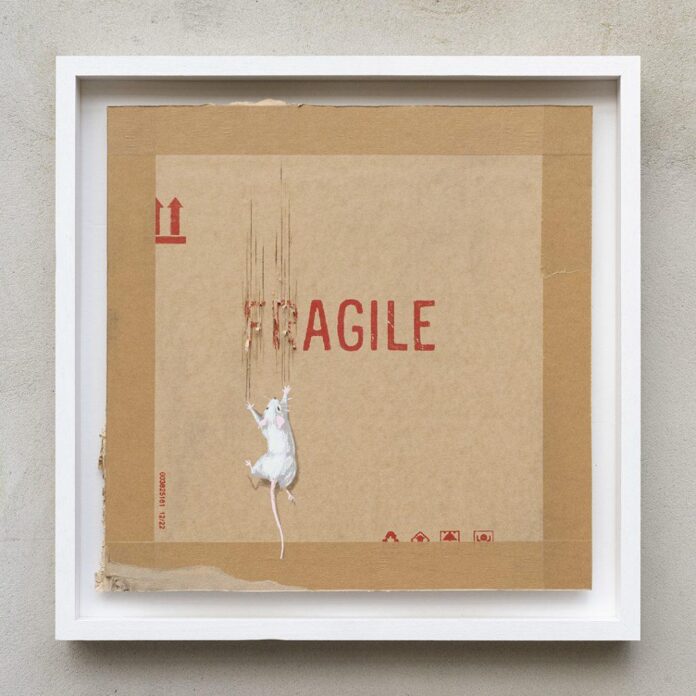 In early December, the anonymous street artist Banksy announced that he had partnered with the Legacy of War Foundation to offer 50 unique prints depicting the word “Fragile” scratched out by a rat. Proceeds set to go toward rescue efforts in Ukraine’s war-torn regions.

Interested collectors were instructed to register online for a chance at one of the artworks, priced at £5,000 ($6,000) a pop. But just as soon as applications went live, the system hosting them was overwhelmed by entries—many of which came from suspicious sources in Russia.

“We are currently sifting through the registered entries and will notify successful applicants shortly,” the Legacy of War Foundation wrote in a message published on the print sale landing page.

“The site received over 1 million requests (and 3,500 hostile attacks from Russian IP addresses), so we would appreciate your patience at this time,” the U.K.-based charity further explained.

Representatives from the foundation did not immediately respond to a request for more information, including how “successful applicants” are being chosen and why the attacks from Russians were deemed to be “hostile.”

Upon announcing the sale, Banksy explained that he chose to partner with Legacy of War after watching the efforts of the charity first-hand.

“In Ukraine, I saw a Legacy of War team sweep in and provide medical attention, heaters, fresh water, and a friendly face to some very desperate people in a bombed-out building,” the artist wrote in December. “They also lent me one of their ambulances to work from, which turned out to be extremely useful when an angry babushka found me painting on her building and called the police.”

Profits from Banksy’s sale will be put toward the purchase of emergency vehicles to help rescue the elderly, disabled, and others from war-torn areas in Ukraine, according to ITV.

“I feel the least I should do is raise enough money to replace the number plates on the ambulances I hotted up,” the artist added in his statement.

“We will be sending generators, gas heaters, and solar-powered lights to communities who are facing the brutal winter without electricity,” Giles Duley, CEO of the Legacy of War Foundation, further said. “And we will be able to continue our support for shelters in Kyiv for women and the LGBTQ community.”

Banksy has been active in Ukraine since the onset of the war nearly a year ago. In March, the artist donated the profits from a painting to the Okhmatdyt children’s hospital in Kyiv. In November, he painted seven new murals on bombed-out buildings throughout the besieged country.

Last month, police thwarted an attempt by a group of activists who attempted to remove one of Banksy’s murals, later claiming that they planned to auction the artwork and donate the proceeds to the Ukrainian Army. The leader of the group is now facing up to 12 years in prison.

5 Classic Sculptures You Should Know