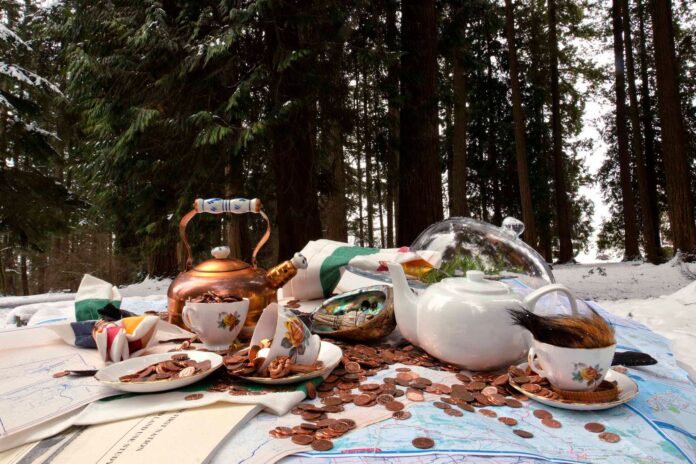 The shortlisted artists nominated for Canada’s most prestigious contemporary art prize, the Sobey Art Award, have been revealed. Now in its 20th year and doling out a whopping C$400,000 (around $318,000) in prize money—C$100,000 going to the winner, C$25,000 to each of the other shortlisted finalists and $10,000 each to those longlisted—the artists in the running for the top honour have been winnowed down to just five names, each representing a region of the vast country.

Still in the hunt, as announced by the Sobey Art Foundation and the National Gallery of Canada (NGC) on Wednesday (8 June), are Tyshan Wright (from the Atlantic region), Stanley Février (from Québec), Azza El Siddique (from Ontario) Divya Mehra (from the Prairies and north) and Krystle Silverfox (from the West Coast and Yukon). They are hoping to succeed last year’s winner Laakkuluk Williamson Bathory, whose presentation included a polar bear she shot and skinned after it had invaded her cabin one night. In 2020, due to Covid-19, the prize was shared equally among all 25 longlisted artists.

The five finalists will be featured in an exhibition at the NGC running from 28 October 2022 until February 2023. The winner will be announced at a gala ceremony. Among those who will be on hand that night is Rob Sobey, chair of the foundation, who referred to the five shortlisted artists as “gifted individuals”. He added: “I personally can’t wait to see the exhibition of their works at the National Gallery this fall.”

Each of the five talked about what it meant to be considered for the award, Wright calling it “a humbling feeling” and Mehra “an honour to be recognized and celebrated for your work in this way”. Silverfox said, “Being included as a shortlist finalist is such a wonderful moment for me.”

Février went further, saying, “This nomination is a symbol of perseverance and hope, not only for me, but for all the artists who work in the shadows; to believe that one day their efforts will be rewarded. I spent 14 years doing my practice in the shadows without receiving any support.”

Wright hails from Accompong, Jamaica, a historical Maroon village, and is known for his mixed-media representations of Maroon instruments and ceremonial objects. Some 600 Maroons were expelled from the island by the British governor in 1796 and sent to Halifax, Nova Scotia. His work has been acquired by the Nova Scotia Art Bank and has also been shown at the Art Gallery of Ontario (AGO) in Toronto and the Canadian Museum of Immigration in Halifax. He also served as an artist-in-residence fellow at the Nova Scotia College of Art and Design University (NSCAD).

Février, a multidisciplinary artist, has an interesting background as he was a social worker before becoming a full-time artist. Schooled at the Université du Québec à Montréal (UQAM), he’s shown widely, both in Canada and abroad, with nearly 25 solo exhibitions to his name. His work is in the collections of the Musée national des beaux-arts du Québec (MNBAQ) and the Montreal Museum of Fine Arts.

El Siddique earned degrees from both the Yale School of Art and Toronto’s Ontario College of Art and Design (OCAD). She has been included in group exhibitions at both the Museum of Contemporary Art (MOCA) and the Gardiner Museum in Toronto and the Shin Gallery in New York, with solo shows at Toronto’s Towards gallery and the Harbourfront Centre, as well as Helena Anrather Gallery in New York. She has another solo show opening 30 June at the MIT List Visual Arts Center in Cambridge, Massachusetts.

Mehra, who studied at Columbia University, deals primarily with her own diasporic experiences and historical narratives. She incorporates found artifacts and readymade objects as signifiers of resistance or as reminders of the difficult realities of displacement, loss, neutrality and oppression. Her practice encompasses sculpture, print, drawing, books, installation, advertising, performance, video and film.

Silverfox is an interdisciplinary artist and member of the Selkirk First Nation (Wolf Clan) who currently lives and works on the territory of the Tr’ondëk Hwëch’in and is based in Dawson City, Yukon. She’s earned degrees at the University of British Columbia (UBC) and from Simon Fraser University. Using a variety of materials, Silverfox is inspired by Indigenous feminism, trans-nationalism, de-colonialism, activism and lived experience.

These Two Museums Sold Art by White Men to Buy Work by Women and Artists of Color. Did It Actually Tip the Scales?

‘I Didn’t Need Something Pompous’: Jean Pigozzi on the Museum He’s Building for His Contemporary African Art Trove in Cannes