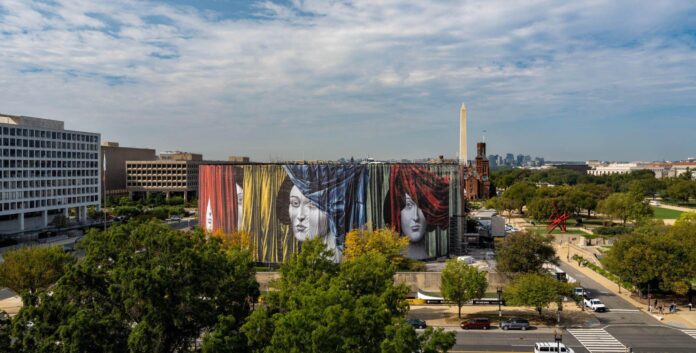 The Hirshhorn Museum and Sculpture Garden in Washington, DC—the Smithsonian Institution’s contemporary art museum—will mark its upcoming 50th anniversary with a major overhaul of its interior spaces and outdoor plaza. The museum has selected Selldorf Architects, the favoured architects of blue-chip dealers everywhere, and Skidmore, Owings & Merrill (SOM) to develop a plan to revitalise the distinctive, doughnut-shaped building, which was designed by the late SOM partner Gordon Bunshaft and opened to the pubic in 1974.

The coming revitalisation will involve updating the building’s infrastructure—including its storage facilities, stormwater management, lifts and escalators—and revamping its 60,000 sq. ft of galleries and the plaza within the “hole” of its doughnut shape. The project comes as the museum has seen a 40% increase in visitors over the past five years, putting additional stresses on its infrastructure and built environment. SOM and Selldorf Architects, who received the federal contract to envision the renovation following a contest overseen by Smithsonian Facilities in consultation with the Hirshhorn, will submit a “visioning document” next year that will be available for public consultation. No estimated budget for the renovation has been made public.

“Ensuring that the building is better able to accommodate the museum’s ambitious programs, while serving a larger and more diverse audience, is of critical importance,” architects Annabelle Selldorf and SOM’s Chris Cooper said in a joint statement. “And we need to be able to do so while making the building more sustainable.”

The renovation of the Hirshhorn’s plaza and interior will be the third phase in a major revamp of the entire museum, which sits on the National Mall directly opposite the National Gallery of Art. A project to replace the building’s roof and façade panels is on track to be finished by the end of the year.

The second phase, a redesign of the museum’s sculpture garden designed by artist and architect Hiroshi Sugimoto, will break ground on 16 November with a ceremony presided over by US first lady Jill Biden. That project was the subject of fierce opposition from preservationists who feared it would violate Bunshaft’s original vision for a Brutalist oasis. Last December, the National Capital Planning Commission ultimately ruled in favour of Sugimoto’s plan, allowing the project to proceed. Sugimoto previously completed a revamp of the museum’s lobby in 2018.

Other proposed interventions into Bunshaft’s Hirshhorn campus have not fared so well. A plan by architecture firm Diller, Scofidio + Renfro first announced in 2009 would have involved the temporary addition of a bubble-like form protruding from the bottom and top of the Hirshhorn at a cost of $12.5m. The project was ultimately abandoned amid board members’ oppositions four years later, leading to the resignation of then-director Richard Koshalek.