Home News Cardi B Is Found Not Guilty of Misusing a Stranger’s Likeness for... 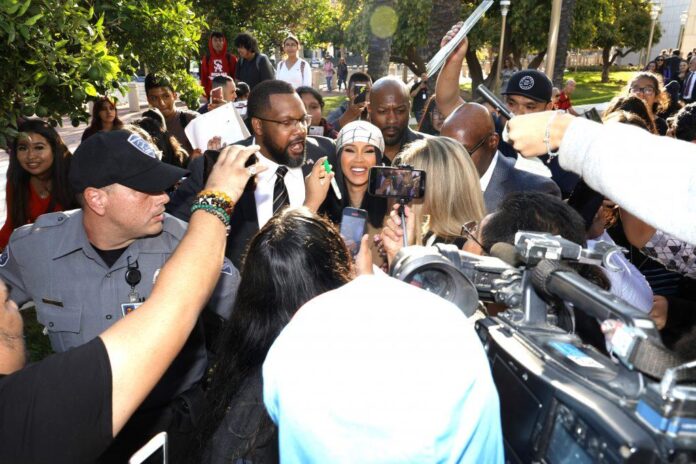 After four days in the courtroom, and one afternoon of deliberation, a Santa Ana jury has exonerated Cardi B from Kevin Brophy’s charges that she misused his likeness by featuring his distinctive back tattoo in her risque album art. The design, inked by renowned artist Tim Hendricks, was added to the back of a male model whose face is buried between Cardi’s legs on the cover for her breakout album

Brophy’s lawsuit, originally filed in 2017, sought $5 million in damages from Cardi and her former manager, “as well as an order blocking her from using his likeness,” Reuters reported. It is one of several recent cases involving tattoo art.

Last week, Brophy told jurors he sent Cardi a cease-and-desist letter related to his tattoo’s appearance on the album, but never heard back. Cardi said she hadn’t seen the letter since checking the mailbox is for “old people.” Laughter ensued, according to the Associated Press.

That mood shifted during a cross examination by Brophy’s lawyer, Barry Cappello, where Cardi wondered who’d endured more in this situation.

“He hasn’t gotten fired from his job,” she retorted, implying that her debut album, released a year before Bodak Yellow made her famous, didn’t bring in much money.

Brophy maintains that the raunchy, unauthorized cameo left him humiliated.

“He hasn’t gotten a divorce,” Cardi contended. “How has he suffered? He’s still in a surf shop at his job.”

“I care about people,” she continued. “I feel like I’m being taken advantage of. I missed my child’s first step by being here.”

Capello asked her to calm down. “To me, it doesn’t look like his back at all,” Cardi continued. Their exchange reached such a pitch that Carney ordered jurors to leave, and considered a mistrial.

Despite her vehement responses, Friday’s verdict surprised the rapper. 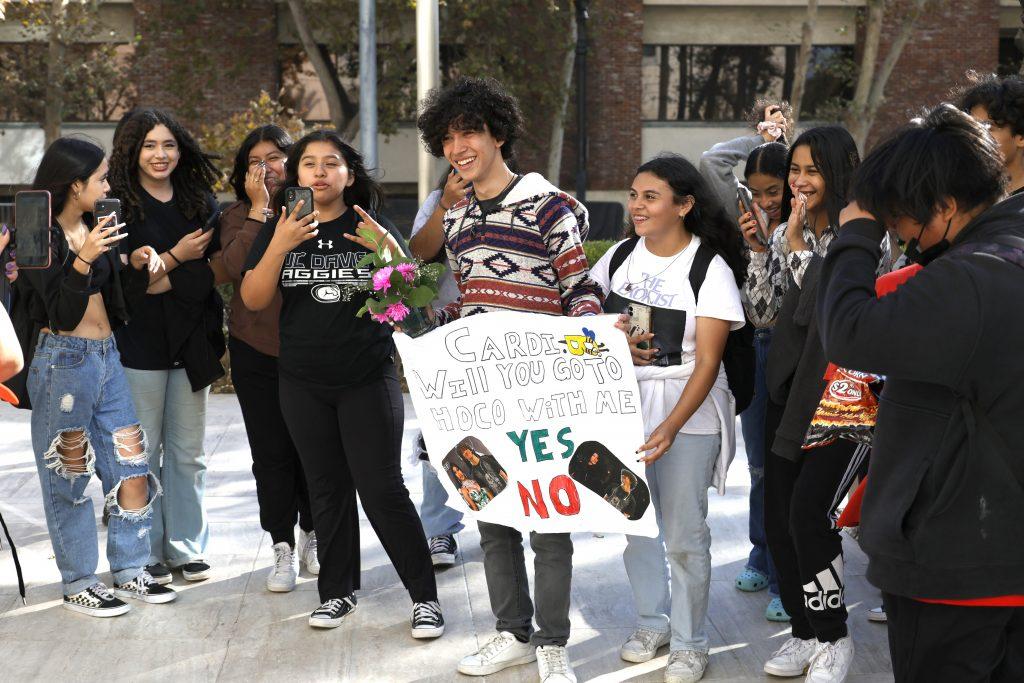 Teenaged fans wait for Cardi B outside the courtroom. Photo: Frazer Harrison/Getty Images.

“I wasn’t sure if I was going to lose or not,” she said, according AP, after leaving the courthouse. “I told myself if I win, I was going to cuss Mr. Brophy out. But I don’t have it in my heart to cuss him out.”

Both sides shook hands after the verdict. Brophy said he respects her as an artist.

“Mr. Brophy is a stand up human being,” his lawyer told Artnet News. “It may be best for the Brophy family’s ability to put this behind them.”

Cardi’s lawyer has still not commented on the verdict.

Meanwhile, Cardi celebrated her happy ending by finally engaging with the dozens of high schoolers waiting outside of the courthouse each day. One held up a sign asking her to be his homecoming date.