Home News South Korea’s New President Has Ordered a $3.7 Billion Investment in the... 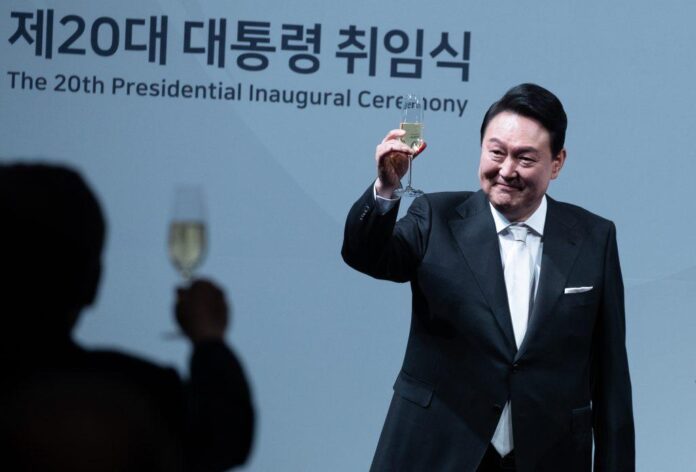 Not even two months after taking office, South Korea President Yoon Suk-yeol has made a huge investment in the country’s culture: a $3.7 billion fund for film, TV, art, and other cultural projects, as well as plans to transform a historic presidential home into Korea’s answer to France’s Palace of Versailles.

The administration hopes to make South Korea a “culturally attractive country” ahead of the September debut of Frieze Seoul and two Kiaf fairs, as well as the opening of the Busan Biennale.

“The most important role of the culture ministry is to guarantee fair access to culture. When the minister and its affiliates are purchasing artworks, prioritize works by disabled and new artists,” the 61-year-old president said after his first policy briefing meeting with culture minister Park Bo-gyoon on Thursday.

Yoon went on to tell local media that state-owned art collections, such as the 23,000 works amassed by the late Samsung Group chair Lee Kun-hee, should be make available to the public via nationwide tours. 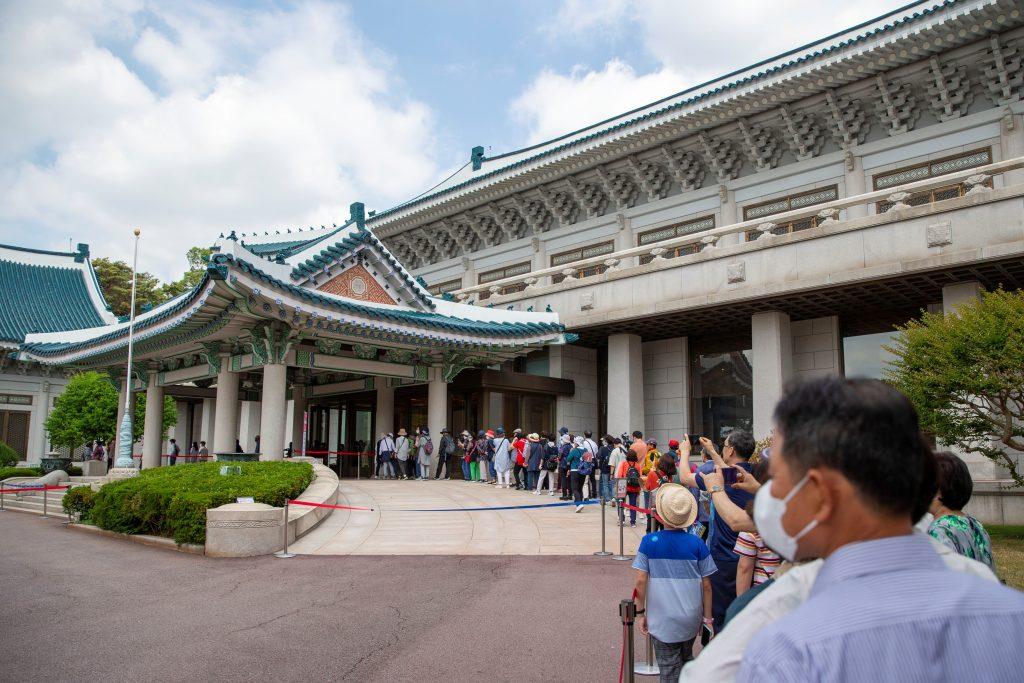 People line up to visit the main office building of Cheong Wa Dae in Seoul, South Korea, June 8, 2022. The country’s former presidential office Cheong Wa Dae or the Blue House has been open to the public since May 10. According to the Cultural Heritage Administration, about 620,000 successful applicants toured the vast compound. Photo by Wang Yiliang/Xinhua via Getty Images.

New proposals from the Yoon administration include transforming the Blue House, the former presidential site in Seoul also known as Cheong Wa Dae, into a cultural complex. The building will be preserved as it is, but it is expected to be repurposed into modern and contemporary galleries to showcase art, including some 600 pieces from the collection of the Blue House. The first exhibition is expected to take place in the fall. The outdoor space, meanwhile, will be turned into a sculpture park.

“It will be operated like the Palace of Versailles in France,” said culture minister Park, who was formerly a journalist for 40 years, stressing that the site will never become a “playground” for people to eat and drink in order to maintain respect for the cultural heritage of the Blue House.

In addition, to the government setting aside 4.8 trillion won ($3.7 billion) for the next five years to back the Korean cultural content industry, which makes $11.9 billion in exports, plans are in place to support 10,000 creative talents over the next three years.

“Korea has become a soft power powerhouse,” Park said. “Under President Yoon Suk-yeol’s government, we attempt to become a culturally attractive country and the Ministry of Culture, Sports, and Tourism will take the lead in making that possible.”