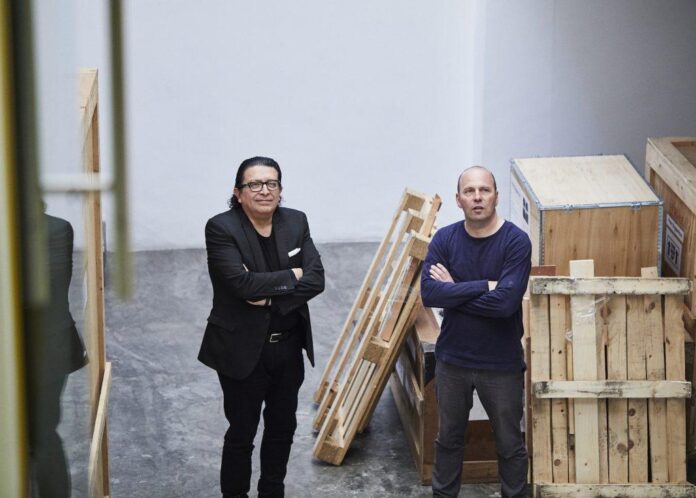 About the Artist: Belgian artist Peter Buggenhout (b.1963) creates visceral, hard-to-pin-down assemblage sculptures. Often these sculptures tend toward the abject, incorporating various forms of detritus, such as plastic wrappers and inflatables, and even animal blood and intestines. Next week, Buggenhout’s most recent sculptures will go on view in “A Dog with Eyes for the Blind,” a solo show that will also mark the inauguration of Galería Hilario Galguera’s new Madrid outpost (opening September 7). The exhibition marks the artist’s second solo exhibition with the Mexico City-based gallery; in 2017, he made his debut with “Los Ciegos Guiando a los Ciegos.” Over the years, Buggenhout’s sculptures have also been featured in exhibitions at MoMA PS1 in New York, and at the Palais de Tokyo and Centre Pompidou in Paris. 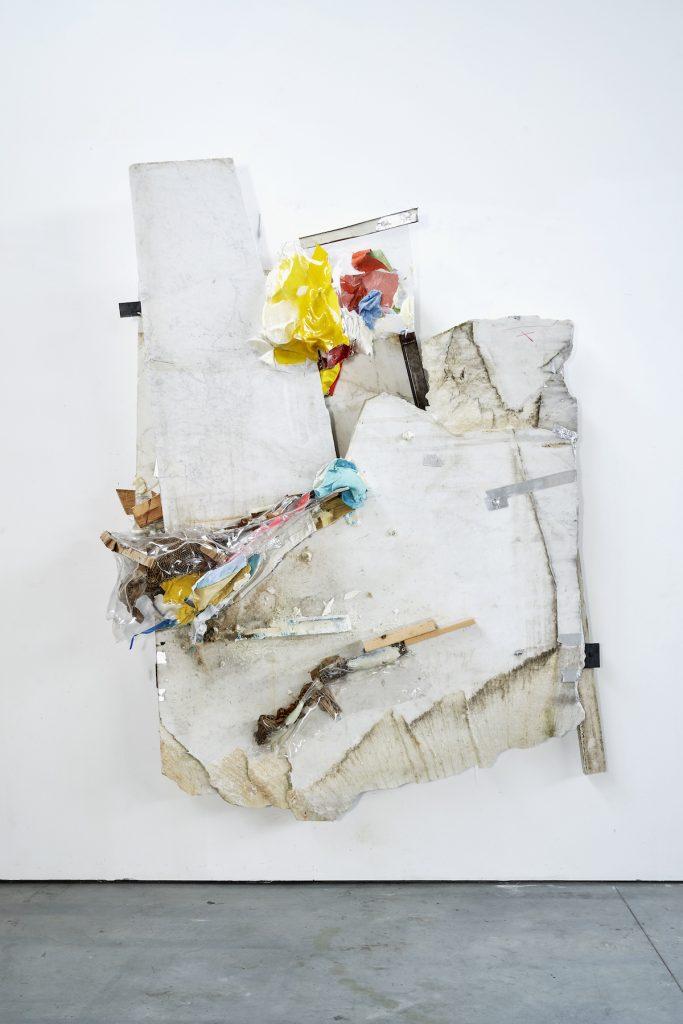 Peter Buggenhout, I am the Tablet #6 (2021). Courtesy of Galería Hilario Galguera.

Why We Like It: From such unexpected materials as dust, debris, and blood, Buggenhout constructs large-scale compositions that eschew any representational forms. Instead, these works adhere to an internal logic that negotiates the viewer’s place in space with shifting perceptions of the object. Buggenhout has referred to his unexpected arrangements as shrapnel-like in their unexpected, jarring nature. He sees his process of creation as a metaphor for the human condition; our lives become the sum of scattered moments and at-hand experiences from which we hope eventually to wrest a kind of sense. “There is no right or wrong perspective for judgment,” the artist explained. “My works are not meant to be memorizable, and therefore appear unexpectedly different from all sides.” 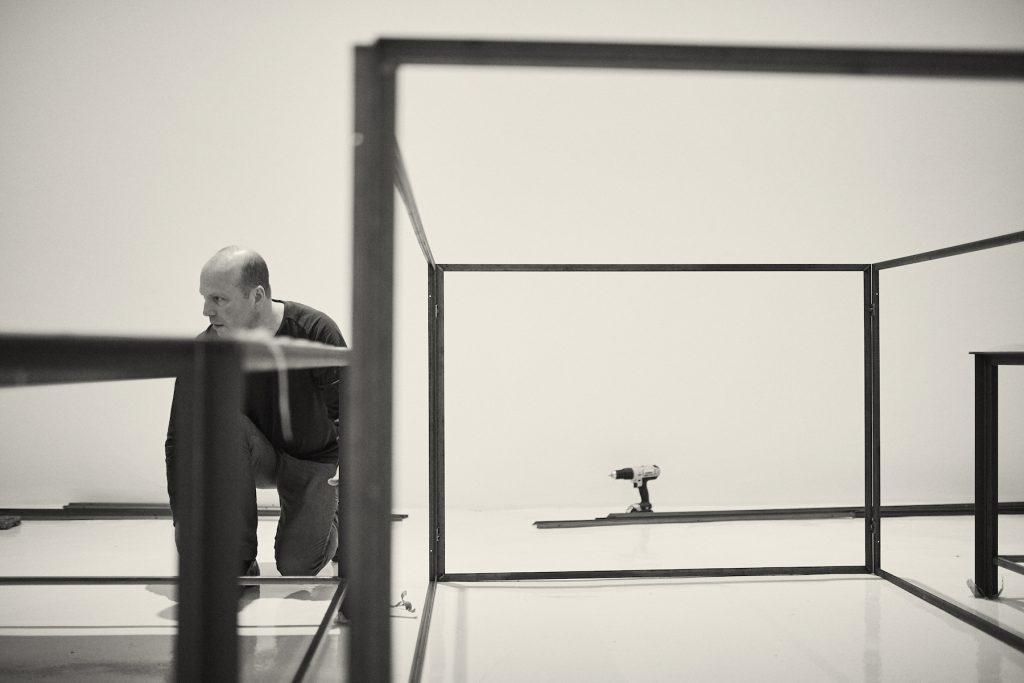 Peter Buggenhout in the studio, 2017. Courtesy of the artist and Galería Hilario Galguera.

According to the Gallery: “Peter Buggenhout works with the intention of complexifying and deepening different ideas, creating bodies of work that express vital aspects of contemporary existence such as decadence, overaccumulation, uncertainty, destruction, and ignorance, amongst others….What appears [in his works] as overwhelming chaos is in reality the result of a meticulous, long, and methodical process. The sculptures, often overwhelming in size, are manifested as ruins or as the archaeology of the artist’s feeling toward the current state of Western cultures, and act as a counterproposal to the current tendencies of fast and easy consumption. Despite the brutality of the works, there is nostalgia and hope, evident simply because the act of making implies an affirmation of life and a promise of resurgence. Both are suggestive in the title of the exhibition ‘A Dog with Eyes for the Blind,’ in which blindness does not mean the end of all forms of seeing.”