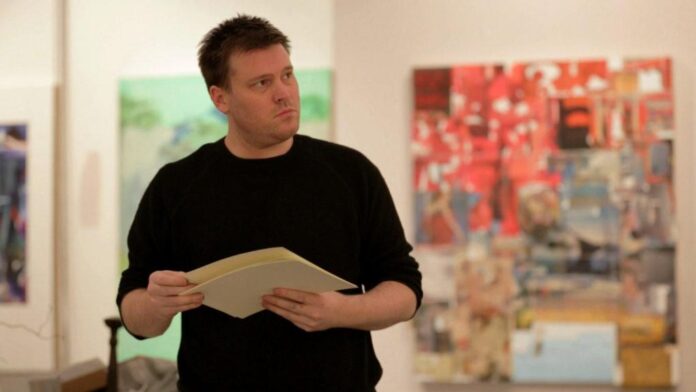 From a distance, Elliott Hundley‘s layered canvases appear as frenzied masses of colors and shapes, kaleidoscopic fragments that seem reigned in simply by the four sharp edges of the canvas. Closer, though, the blurred edges become clear, and recognizable figures and words stand out of the sumptuous collages. For the artist, these two-dimensional works share many of the same impulses as an opera—exaggeratedly dramatic and emotional, in his own words, something quite “artificial.”

In an exclusive interview filmed back in 2015 as part of Art21’s  series, Hundley explains the similarities between the two art forms, and expands on his artistic practice.

In opera, everything is dialed up to eleven: from the makeup and characters’ costumes, from the stratospheric high notes to the subterranean low notes, to the “ludicrous proposition” that is at the heart of each storyline. “I’m staging imaginary operas,” Hundley tells Art21. “That’s definitely my goal, creating some sort of emotional response from the work that I make” he says. If opera is a sort of funhouse mirror reflection of everyday life, slightly skewed and oversaturated, so too are Hundley’s collages. 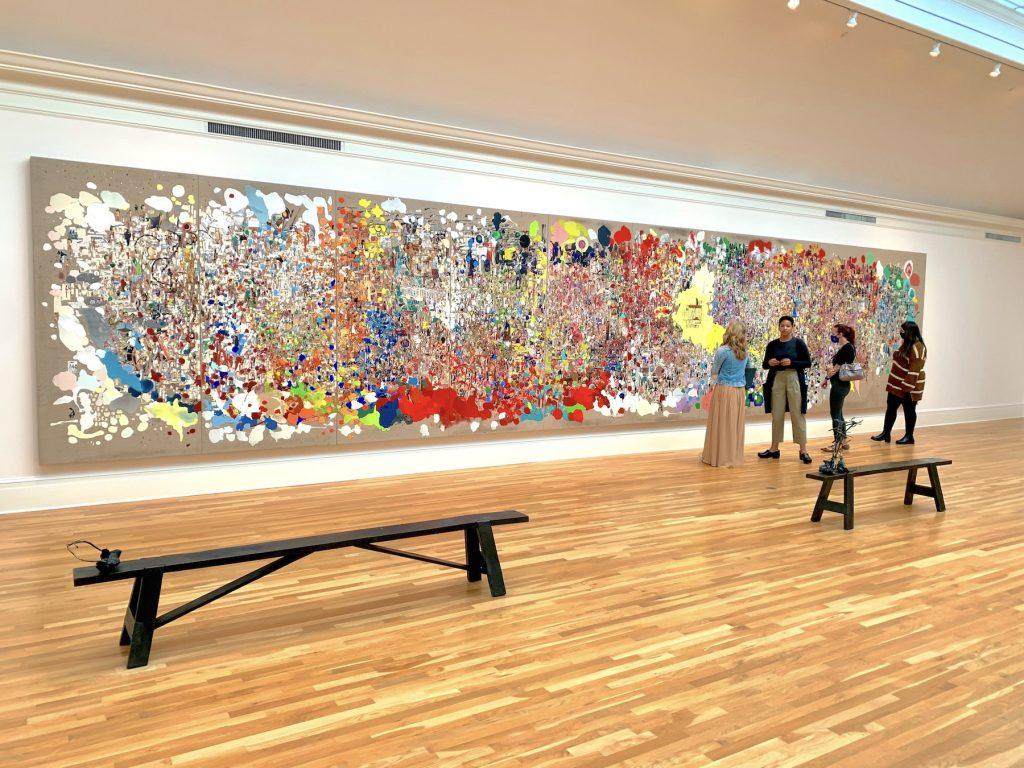 “I think it’s resonant because it is made of the stuff that we see every day” he says, “So it’s familiar. It reflects our reality. And it’s self-evident.”

Hundley’s massive work (2020–21) is making its Los Angeles debut in “Echo”, his upcoming solos show at Regen Projects. The 40-foot mural features imagery culled from popular culture: a Quaker Oats container, Canada Dry club soda, African masks, and pin-up girls are juxtaposed with religious and political imagery, a confluence of the fantasy and reality of everyday life. The work is named for Jean Genet’s 1956 play, “in which the division of fantasy and reality collapses and social codes are suspended,” according to the gallery.

A Hack Has Revealed What Many Long Suspected: The Owners of Auction Houses Are Also Some of Their Best Customers