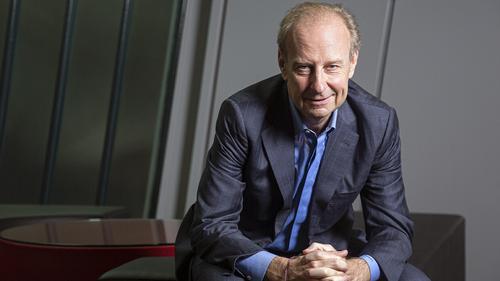 The Swiss art dealer Yves Bouvier, once dubbed “the king of the freeports”, has sold his Singapore freeport to the Chinese crypto billionaire Jihan Wu for a reported $28.4m.

Bouvier has been making headlines since 2014 when he was arrested after the Russian oligarch Dmitry Rybolovlev accused him of fraud. Over the past seven years, Rybolovlev has doggedly pursued criminal and civil charges against Bouvier, who he alleges defrauded him out of $1bn on 38 art transactions worth a reported $2bn. Bouvier has denied all charges and last declared “complete victory” after a prosecutor dismissed the case against him. However, the Geneva courts reopened the lawsuit against Bouvier in July.

The freeport sale marks a significant loss for Bouvier, as the original construction of the state-of-the-art facility in 2010 was estimated to cost $70m, while another potential deal in October 2019 to Tayrona Pacific Star was supposed to close at around $60m.

Bouvier declined to comment on the sale in accordance with a confidentiality agreement.

According to a legal case filed in Singapore’s High Court in April 2020, the Tayrona sale was delayed four times after the company’s director Jaime Ordonez complained about the “bad physical and technological condition” of Le Freeport’s infrastructure. It was also alleged that the sale was deferred after difficulties procuring a loan due to an unflattering article about Bouvier in the press. Ordonez vehemently denied these allegations in a Bloomberg report.

Nicknamed “Asia’s fort knox”, the Singapore facility was designed to emulate Swiss security and tax techniques to appeal to the booming Chinese market of new collectors eager to avoid government involvement in their finances. Yet, after a lifetime of success for Bouvier in art business dealings (with a net-worth at his peak of more than $1bn), his post-legal scandal investments were not reported to be performing well. Singaporean regulatory filings indicated overall losses of $13.1m and $14.2m of debt for the Le Freeport in 2018.

Experts explain the losses by pointing to the changing tide in the Chinese government around 2014, when there was a crack down on tangible luxury investment. This makes the new owner Jihan Wu all the more interesting, as his world of cryptocurrency millions has its roots in precisely the opposite.

Wu made his billions in the intangible world of Bitcoin mining, founding Bitmain Technologies in 2013. Like Bouvier, he is no stranger to market volatility, nor soured dealings. The 36-year-old is among the youngest billionaires in Asia, notorious for pushing his business partner Micree Zhan out of the company. Their 2019 divestment echoes the so-called “Bouvier Affair”, with Zhan quoted by Coindesk as saying, “Bitmain is our child. I will fight for her till the end with legal weapons. I won’t allow those who want to plot against Bitmain to succeed. If someone wants a war, we will give them one.”

Cryptopotato reported that Wu eventually stepped down as Bitmain’s chief executive and Zhan bought him out with equity worth $600m. His new venture, Matrixport, a digital assets financial services platform, has been valued by Forbes at $1bn after just two years, while his personal net worth is estimated at $2bn.

It is not clear how the physical freeport will dovetail with Wu’s intangible assets, but Asia’s crypto billionaires have already expressed interest in both art for the Metaverse and for the contemporary museum. Notably, 32-year-old Justin Sun spent $100m at auction in 2021 alone, including purchases of works by Andy Warhol, Pablo Picasso and Alberto Giacometti.