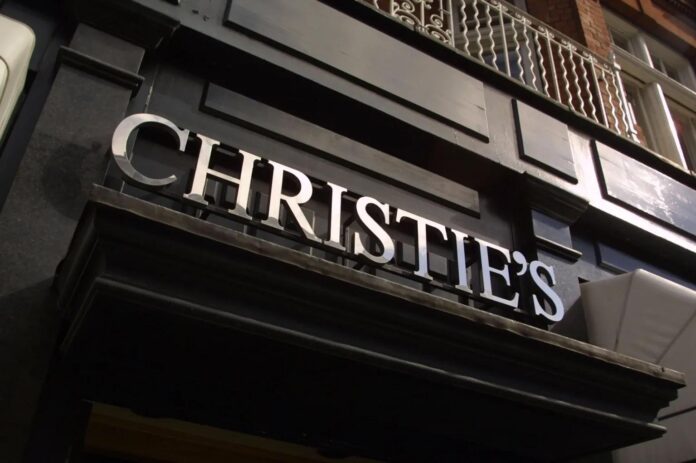 Cryptocurrencies have collapsed this year, with the inevitable impact on the over-hyped NFT (non-fungible token) market, but there are still opportunities in the tech field. Or at least that is what Christie’s management thinks. This summer the auction house launched its first private fund—Christie’s Ventures—to participate in the (hopeful) success of the many burgeoning technology businesses.

It seems a brave move at a time when the art market is licking its digital wounds, though it is probably not costing that much in the scheme of things. We don’t know what Christie’s profits are—it is a private company—but we do know that it had a stonking first half of 2022, better than its recent pre-pandemic totals, with sales of $4.1bn. We also don’t know how much money the auction house is investing in its art tech fund, but it likely won’t hurt too much. The head of Christie’s Ventures, Devang Thakkar, says it is looking at putting between $250,000 and $2m into each selected company.

We know too that tech has helped power the post-pandemic art market. Despite the general return to In Real Life, online-only sales are significant—up 292% since the first half of 2019 at Christie’s—while social channels, livestreams and even holograms have proved the way to bring in the holy grail of younger buyers, many of whom have made decent money via technology. The new generation is “really active” in digital and crypto fields, Christie’s chief executive said on a Zoom press conference in July, helping to deepen its business beyond the thin market for blue-chip, multimillion-dollar art.

I am not yet convinced that the art market needs or can take much more innovation at the moment, but I am not a Gen Z, or even millennial, consumer. The tech investments give Christie’s access to capabilities beyond its existing skillsets, for which it might otherwise have had to buy in further down the line. Plus, Thakkar notes, there is an opportunity to shape such technology to the art market. According to its website, LayerZero Labs, Christie’s first investment, is “an omnichain interoperability protocol” that “enables the realisation of cross-chain applications with a low level communication primitive”. This is largely double-Dutch to me but someone at Christie’s presumably (hopefully) knows that connected blockchains are appealing and that the Canadian startup is good at them.

We are in adventurous times, with all businesses that are able to experiment with next-gen solutions investing in what might stick. This is not so unusual for the auction business, either. Christie’s new fund is focused on art and on solutions relevant to exchanging art, something it has been doing since the 18th century. There are just some trendy buzzwords thrown in—see Web3.0 and FinTech—to get a seat at the grown-ups’ table.

I see Christie’s Ventures as a cheaper and more flexible version of opening bricks-and-mortar buildings around the world—the most recent norm—and in a similarly experimental context. It is by no means a slam dunk, neither is it revolutionary, but it could strike gold. Either way, it makes for good marketing and seems a decent way to give it a go in the 21st century.

A 26-Year-Old Artist Named Cumwizard69420 Gets a Show at Cheim and Read, a Trendy Tribeca Gallery Is Unamicably Splitting, And More Juicy Art-World Gossip