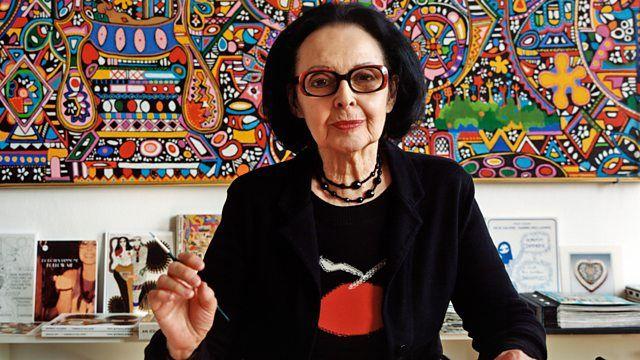 The artist Dorothy Iannone, who unabashedly celebrated the female sexual experience and fought censorship, has died aged 89; her death was confirmed in a post on Instagram by her Paris-based gallery Air de Paris.

“Love and freedom has been at heart of Dorothy Iannone’s work for six decades, with full force until her unexpected death yesterday,” the gallery said in a statement. “We will deeply miss her as an original artist, an intellectual and engaged human being, a most loving, fun, and compassionate friend.”

Iannone was born in Boston, Massachusetts, in 1933 and majored in US literature at Brandeis University. According to a CV published by Air de Paris, Iannone began working “as an autodidactic painter” in 1959. She subsequently began to experiment in various media, straddling graphic drawings, collage, video and sculpture which later drew on Egyptian frescoes and Byzantine mosaics. A series of works made in 1968, such as Ease at the Helm, meld felt-pen sketching with Polaroid imagery.

Between 1961 and 1967, Iannone and her husband James Upham travelled throughout Europe and Asia, the gallery adds. “They lived and worked for several months at a time in various places including Kyoto in Japan. In Kyoto, she begins a series of collages. In her works influenced by traditional Japanese paper art, oriental elements, and the paintings of the New York School, different shapes and cultures are linked together.”

Her resolve was tested in 1961 when she took the US government to court after customs officials confiscated her copy of Henry Miller’s 1934 novel Tropic of Cancer at Idlewild Airport, New York City. Crucially, Miller’s books became freely available in the US after a 30-year ban following the legal action.

In 1975, the French Fluxus artist Robert Filliou said: “For many years now, Dorothy Iannone has been investigating through her visual work, her books and her records, the world of love and loving-styles. In her original (re)-search, she skilfully blends imagery and text, beauty and truth. She is a freedom fighter, and a forceful and dedicated artist. Her aim is no less than human liberation.”

In the early 21st century, Iannone’s work began to be critically reassessed. Her installation I Was Thinking of You (1975)—a box painted with a love-making scene, housing a built-in monitor screening a close-up video of the artist’s face while masturbating—was remade in different versions for presentations in The Wrong Gallery at Tate Modern, in 2005, and at the 2006 Whitney Biennial.

A turning point came in 2009 when the New Museum in New York hosted her first solo show in a US institution. “Since the 1960s, Iannone has continued to portray the female sexual experience as one of transcendence, union, and spirituality. Iannone works from the first-person perspective, charting her life and lovemaking on to wood, canvas, paper, and cloth, and through video and sound,” said a museum statement.

In 2017, a selection of Iannone’s works were shown at Frieze London in a special section called Sex Work: Feminist Art and Radical Politics. All of the artists in Sex Work experienced censorship. Iannone had sparked controversy in 1969 when the director of the Kunsthalle Bern demanded she cover up a work showing genitalia. The artist Dieter Roth—Iannone’s partner and “muse” from 1967 to 1974—subsequently removed his work from the show and the exhibition curator Harald Szeemann resigned from his position.

In a statement on the Air de Paris website, Iannone wrote that “my work was removed on the morning of the opening and, in protest, the next day Dieter Roth removed his entire contribution to the exhibition. After Bern, the show was scheduled to open in the Düsseldorf Kunsthalle. Dieter held fast to his stand and would agree to participate only if my works were returned to the exhibition. After many agonising discussions among the participants, Karl Ruhrberg, the director at Düsseldorf, bravely decided in favour of an uncensored show.”

Roth and Iannone were both leading figures in the Dusseldorf Fluxus movement. The writer Dominic Eichler notes that “while they were together, Iannone’s practice matured from her take on Abstract Expressionism to a multimedia, ornamental, figurative and folkish style shamelessly celebrating what she describes as her ‘ecstatic unity’ with her lover”. In 1976, after receiving a scholarship to come to Berlin, Iannone moved to the city where she lived until her death.

Most Tennis Players at the U.S. Open Are Sponsored by Sports Brands. Chinese Champ Wu Yibing Is Sponsored by an Art Museum