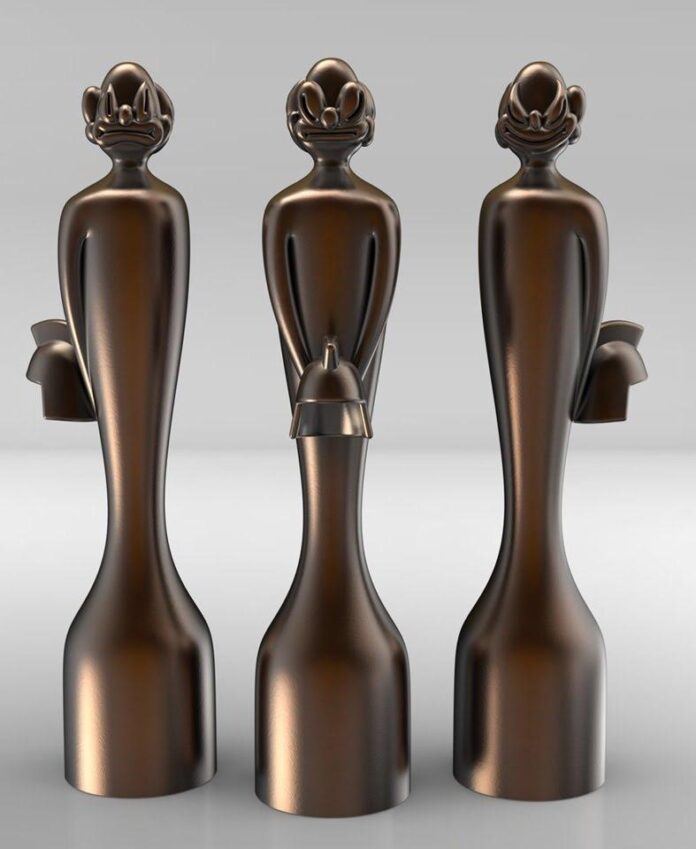 Every February since the late 1970s, the Brit Awards have gathered for an often-raucous celebration of British musical talent. Fittingly, beginning in 2011, the trophies handed out to musicians have also been designed by the country’s leading artists and designers.

The design incorporates Slawn’s Nigerian heritage with the aesthetic style he’s become known for as a graffiti artist and painter. The choice of bronze references the sculptures that the artist, né Olaoluwa Slawn, grew up around in Lagos. The bold contortions of the face—Slawn has created three variations—are familiar elements from his large-scale paintings. From afar, the trophies appear as though KAWS had been commissioned to cast sleek pepper mills.

In a further playful gesture, the trophies stand with their hats received, a move the artist says reflects his own gratitude to the Brit Awards for being selected.

“I’ve created something that I am extremely proud of that I feel represents my past, present and future,” Slawn said in a statement, “I wanted to design an award that had a sense of refinement and playfulness at the same time. I am conscious of the narrow line I tread between conventional art and the entertainment industry.” 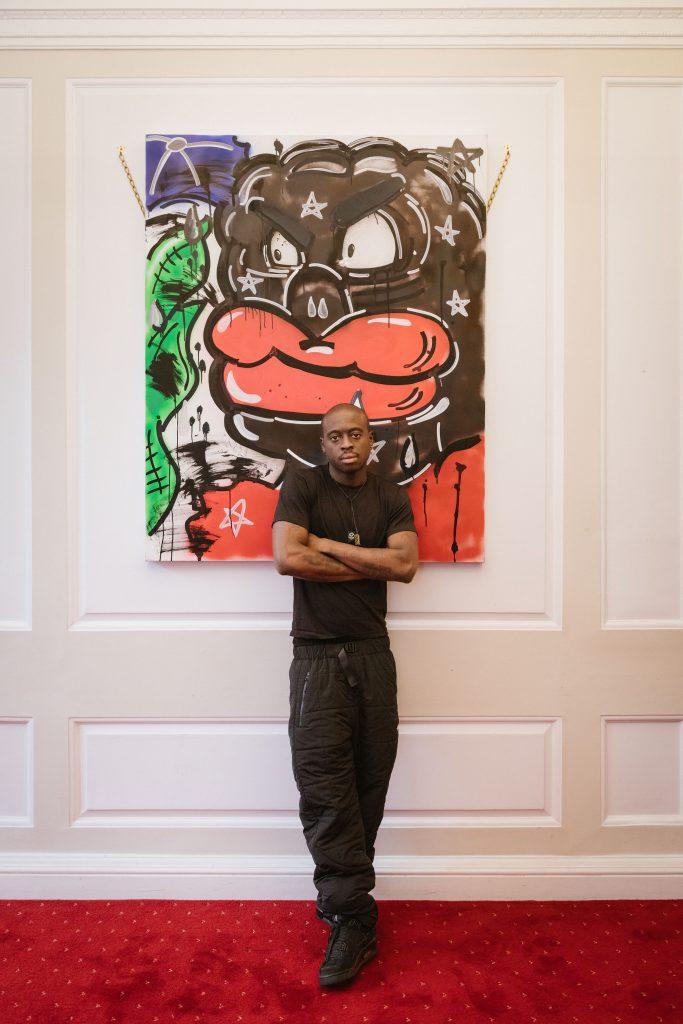 The appointment as trophy designer caps a whirlwind year for the London-based artist. In September, Slawn was one of the artists chosen by Britain’s self-anointed king of grime Skepta for his “Contemporary Curated” sale at Sotheby’s. A month later, Slawn partnered with Efie Gallery on his first solo show, “On A Darker Note.” Not bad for an artist who only began painting during the pandemic and is midway through a Graphic Design degree at Middlesex University.

“Slawn’s work is incredible and powerful, and we’ve been blown away by what he has created,” Damian Christian, Chair of the 2023 Brit Awards, said in a statement, “his design is bold, exciting and in the moment, and represents what we’re trying to achieve with this year’s ceremony.”

This year’s Brit Awards will take place on February 11, 2023. Last year, Adele won British Album of the Year and British Single of the Year.