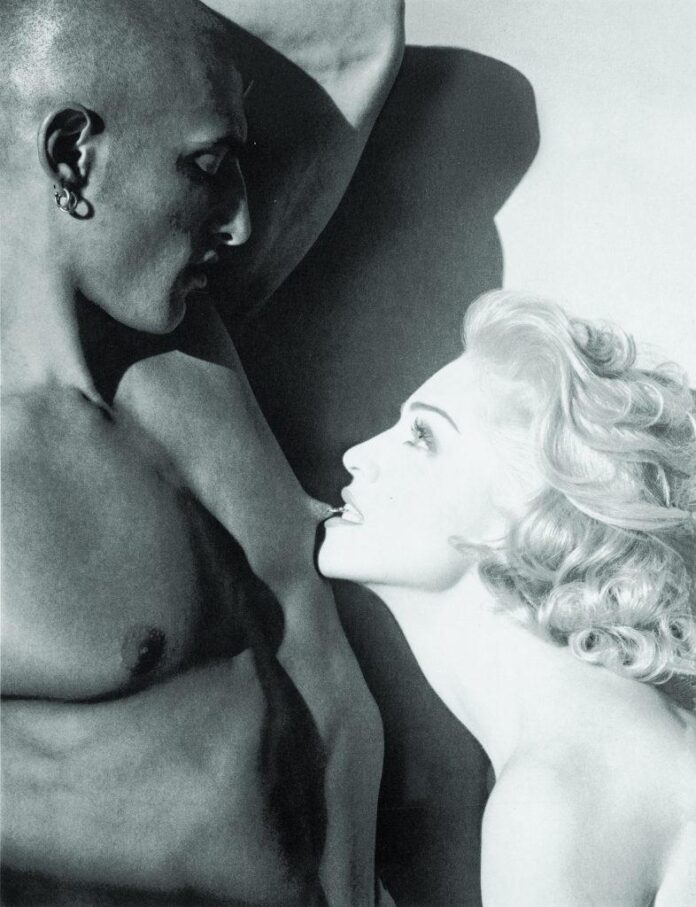 In one of her most iconic portraits, Madonna, nude except for high heels, casually thumbs a ride on a busy palm tree-lined Miami street. Purse in hand, she dangles a cigarette from her lips. Shot in 1992 by Steven Meisel for her notorious book , Madonna’s hitchhiking excursion has now come full circle in Miami during Art Basel week. For its 30th anniversary, the groundbreaking book will, perhaps for the first time, get the gallery treatment (for viewers 18 and over) with an exhibition and re-edition courtesy of the iconoclastic singer herself and Saint Laurent’s cultural initiative, Rive Droite.

A temporary beachfront venue near Ocean Drive and 17th Street has been constructed to showcase the large-format prints culled from curated by Madonna and Saint Laurent’s creative director, Anthony Vaccarello. A bespoke batch of 800 limited-edition copies of the long out-of-print book was pressed for the occasion by Callaway, the book’s original publisher.

The show runs from November 29 through December 4. If you can’t snatch a copy of the book, tote bags, T-shirts, and other merchandise will be available. Proceeds benefit the Raising Malawai organization for vulnerable youth. 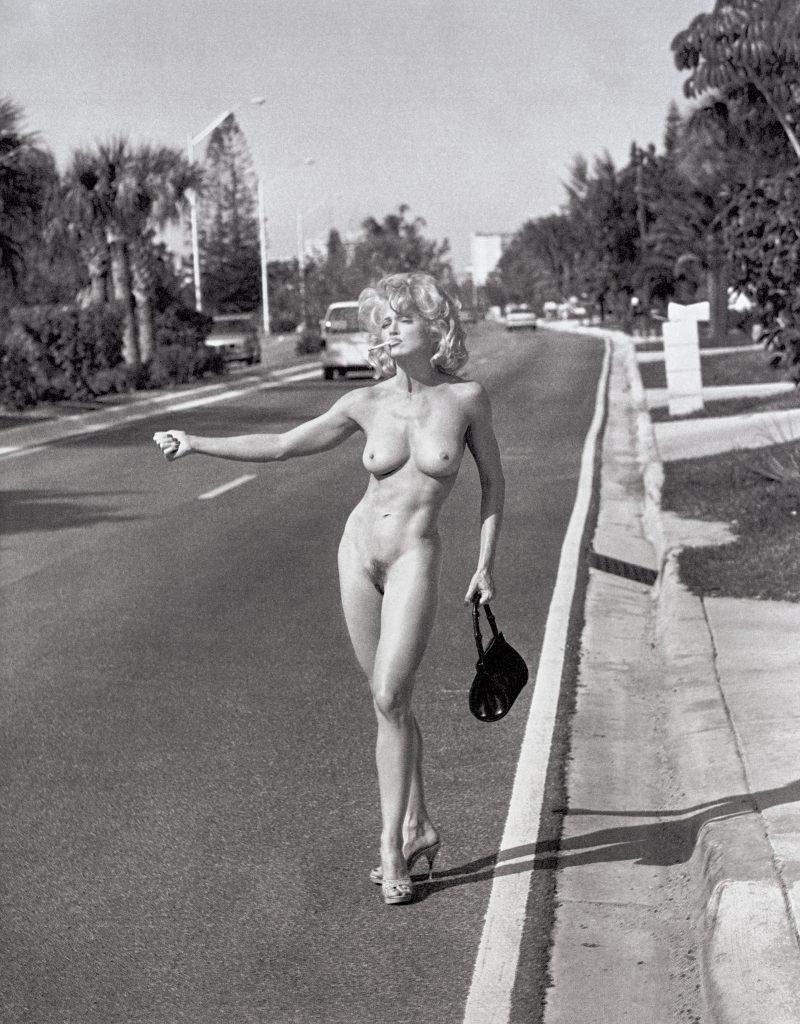 was firmly ensconced in the Sex = Death era, and the tumult of the times is encapsulated in all of the piercing and seedy dungeon bondage and goings-on—but so is the defiant sexuality. This wasn’t just a hot, sex-positive paean to the singer’s libido, but a political and a reflection of percolating angst. In the foreword, Madonna wrote, “My fantasies take place in a perfect world, a place without AIDS.” 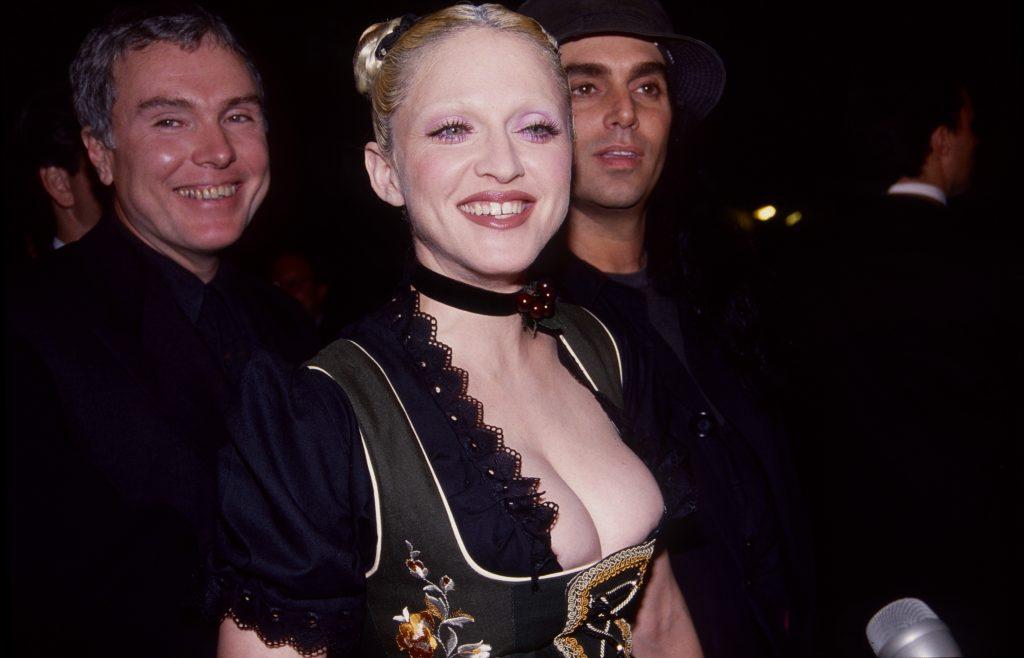 But with hindsight, one must grasp that these were images that shocked America to its core—interracial and same-sex relations were not run-of-the-mill depictions. “I do in a way see myself as a revolutionary at this point,” Madonnna told on the eve of the book’s release. “I think it will open some people’s minds for the good, and that’s enough, as far as I’m concerned.”

The book helped move the pendulum, albeit by presenting extremes. The images still resonate with shock value to this day; one would be hard-pressed to find a current pop singer willing to pose for such scenarios. 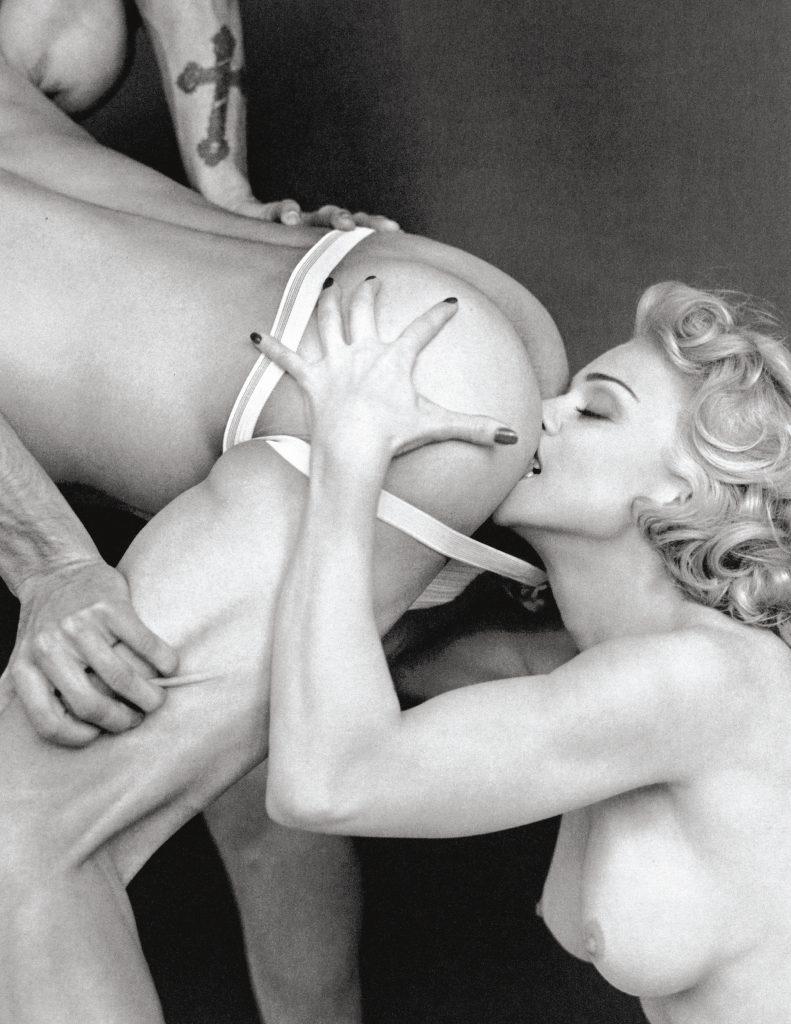 As a whole, the book exudes the aura of a discovered artifact with a pastiche of styles. Some images reflect the vibe of found stag films and anonymous pornography; other shots echo Helmut Newton, Guy Bourdin, Robert Mapplethorpe, and Man Ray—a skill of Meisel is his ability to masterfully hopscotch between styles. There are striking design flourishes, such as decorative staples, courtesy of the project’s creative director, Fabien Baron.

turned out to be one of Madonna’s most powerful and resounding art projects. She got the entire planet talking about her, even if a good portion was denouncing her. The mythos about the project has only grown since 1992. It shaped a generation of often-closeted gay men hoping that they, too, could be flogged in a sex club. Even the book’s flawed spiral binding (it falls apart) adds to its allure and mystique, making an intact copy a rare grail. 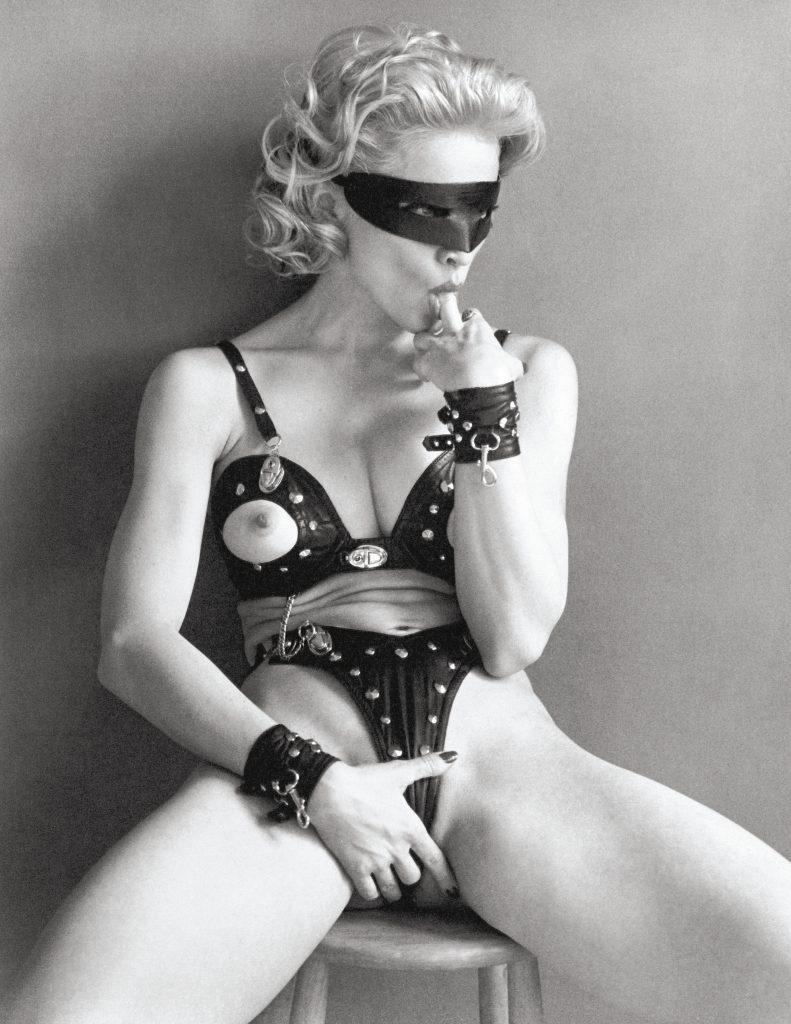 Sex accompanied the divisive album , which explored the themes laid out in its book (its sold less than half as many copies as its predecessor, ). But as aesthetics and reference points shift, and are more relevant for new generations, and are deservedly being re-evaluated as pinnacles of Madonna’s career instead of missteps. Who wants to hang out with a virgin anyway?

Madonna is aware that she won the culture war and is prepared to bask in vindication. She summed it up best in a post to her Instagram presaging the exhibition: “30 years ago I published a book called S.E.X. in addition to photos of me naked there were photos of Men kissing Men, Woman kissing Woman and Me kissing everyone. I also wrote about my sexual fantasies and shared my point of view about sexuality in an ironic way. I spent the next few years being interviewed by narrow minded people who tried to shame me for empowering myself as a Woman. I was called a whore, a witch a heretic and the devil. Now Cardi B can sing about her WAP. Kim Kardashian can grace the cover of any magazine with her naked ass and Miley Cyrus can come in like a wrecking ball. You’re welcome bitches…”

An Artist Trapped Goldfish in IV Bags for a Museum Show in Korea. They Were Released After Visitors Complained About Them Dying