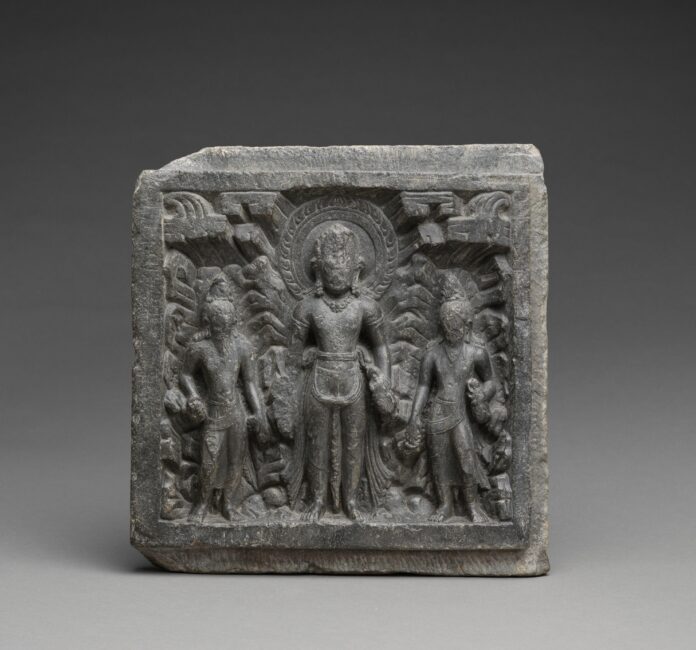 The Metropolitan Museum of Art has returned two sculptures from its collection to the Nepalese government, an announcement that comes as museums nationwide work to review contested pieces in their collection.

The objects delivered this week include a 13th century carved wooden temple strut depicting a salabhinka, a semi-divine celestial spirit whose figure often adorns exterior and interior temple walls, and the tenth century stone sculpture Shiva in Himalayan Abode with Ascetics, which the Met announced it would transfer in September last year.

According to museum officials, the works were given to the Met as gifts and the repatriation is a result of internal investigations into its collection, although the pieces had been previously identified by grassroots initiatives combating art trafficking like the organisation Lost Arts of Nepal and Chasing Aphrodite.

The temple strut entered the collection in 1991 and was found in photographs featured in the book The Antiquity of Nepalese Wood Carving (2010) by Mary Slusser and Paul Jett, which revealed that the object originated from a Buddhist monastery in Kathmandu known as Itum Baha and was likely once joined to a sculpture that remains on the site.

The approximately 13 in-tall stone sculpture of the Hindu deity Shiva was given to the Met in 1995, the same year it was published in the book Inventory of Stone Sculptures of Kathmandu Valley by the late artist and Nepalese art scholar Lain Singh Bangdel. The work once belonged to the Kankeswari Temple in Kathmandu and was given to the Met by the collector Evelyn Kossak.

In a previous ceremony announcing the promised return of the Shiva sculpture, the Met’s president and chief executive, Daniel H. Weiss, said the museum is “committed to the responsible acquisition of archaeological art, and applies rigorous provenance standards both to new acquisitions and the study of works long in its collection”, adding that it is acting to “strengthen the good relationship the museum has long maintained” with institutions in Nepal and elsewhere.

The pieces are expected to be exhibited at the National Museum of Nepal in Kathmandu.

In a statement, the Nepalese acting consul general, Bushnu Prasad Gautam, says officials are grateful for the museum’s “initiative and active cooperation” in returning the artefacts, and that the unprompted gesture contributes to its “national efforts to recover and reinstate lost artefacts”.

He adds, “These collaborative efforts truly contribute to preservation of cultural heritage, and further strengthen the long-standing ties between the peoples of Nepal and the US.”