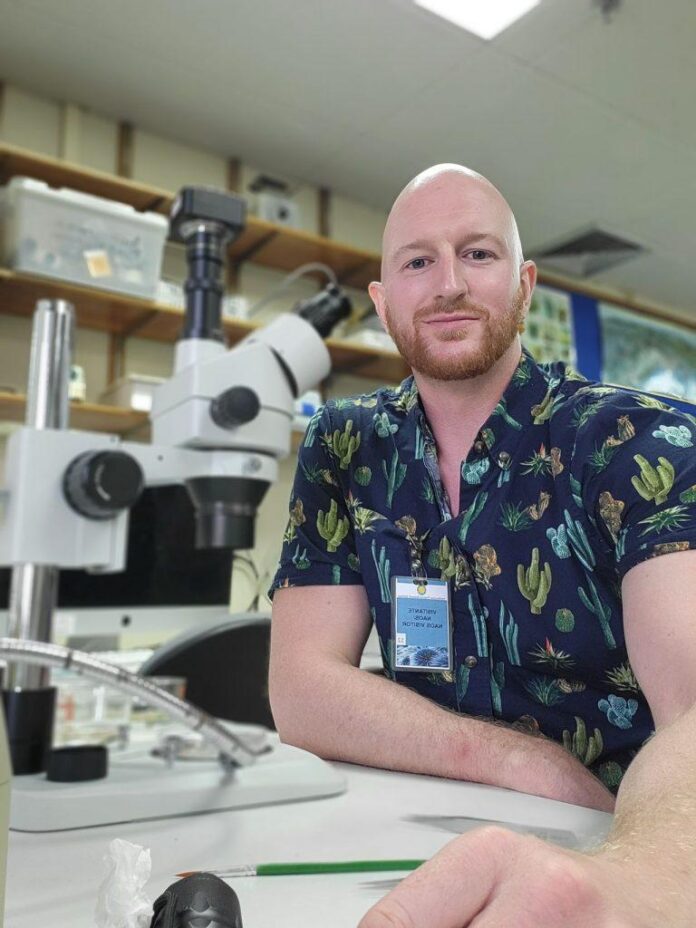 A British expert in wood-eating marine invertebrates says that the recently identified remains of the —the famed British Royal Navy research vessel that brought Captain James Cook on his first voyage to Australia and New Zealand from 1768 to 1771—is being eaten by shipworms.

Reuben Shipway (yes, that’s his real name), of the U.K.’s University of Plymouth, witnessed the evidence of the aggressive species firsthand. Diving down to the remains of what is believed to be the vessel in August, he saw the eaten-away wood taking on a honeycomb-like pattern. Shipworms are worm-like mollusks that are sometimes called the “termites of the ocean.”

“It means one of the most important wrecks in human history is being destroyed right underneath our noses,” Shipway told the . “This is a vessel that connects the U.K. to Australia, and to America, because it also played a really important role in the battle for American independence. It’s our shared cultural heritage. And it’s being destroyed.”

After Cook’s voyage of discovery concluded in 1771, the British Navy sold the to a private owner. The British later hired it, rechristened it , and used it as a prison ship during the American Revolutionary War. 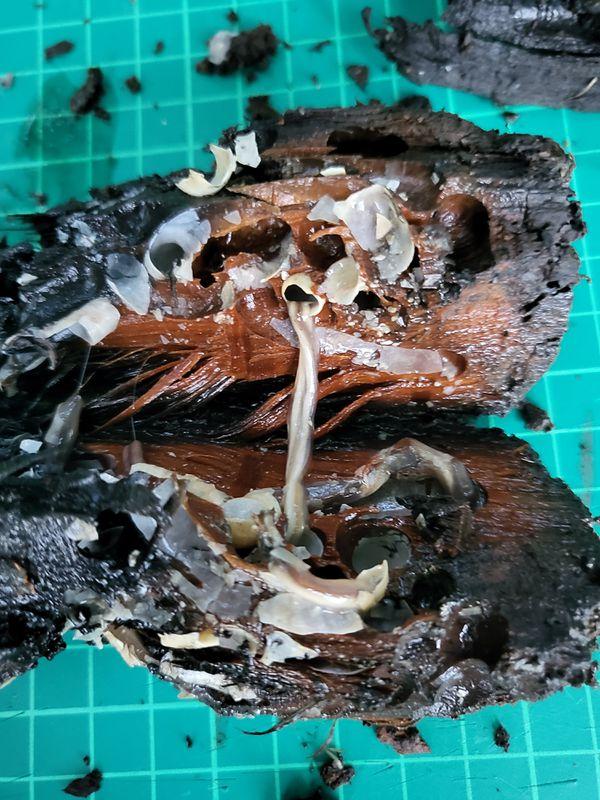 A shipworm in a sample taken from a shipwreck tentatively identified as the . Photo courtesy of the Rhode Island Marine Archaeology Project.

During a blockade of Narragansett Bay, Rhode Island, in 1778, the British sunk it along with 12 other ships in an attempt to prevent French forces from entering the harbor. For centuries, the exact location of the vessel remained a mystery.

Researchers from the Australian National Maritime Museum in Sydney announced in February that they had identified a Rhode Island wreck known as RI 2394 as the long-lost . 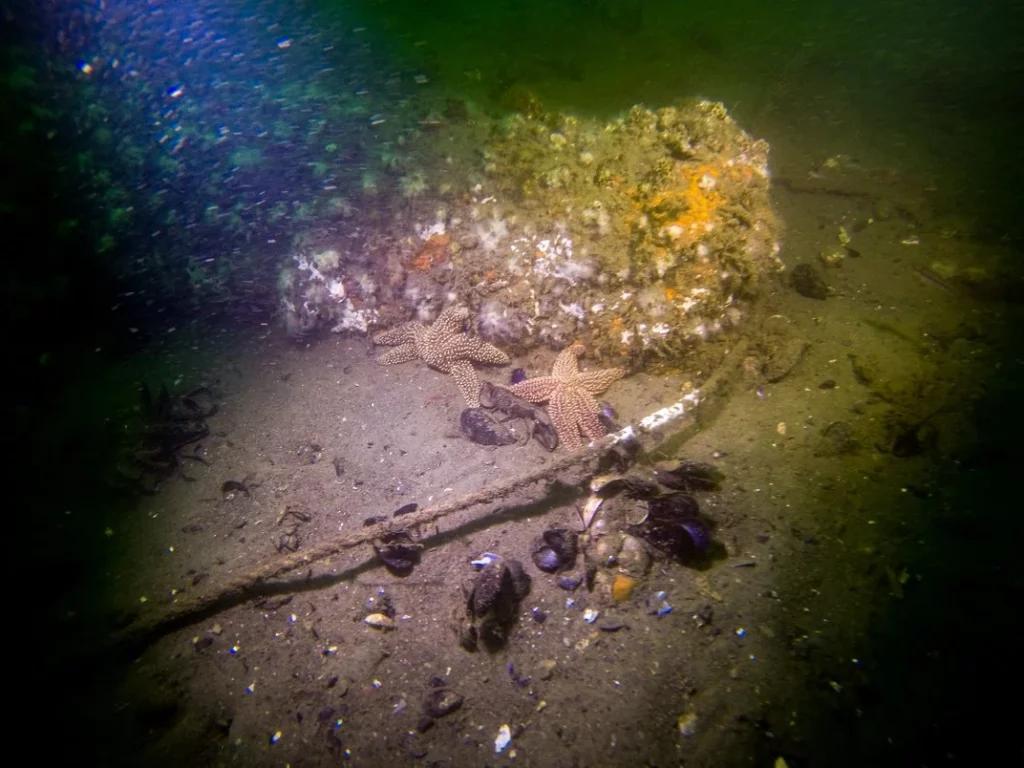 The believed site of the shipwreck of the . Photo courtesy of the Australian National Maritime Museum.

The news came “after a 22-year program of archival and archaeological fieldwork and [was] based on a preponderance of evidence approach,” museum director Kevin Sumption said in a statement.

But the identification of the watery wreck has not been without controversy. Shortly after the Australian announcement, the Rhode Island Marine Archaeology Project (RIMAP), which was the lead research partner on the project, contested the museum’s findings as premature. 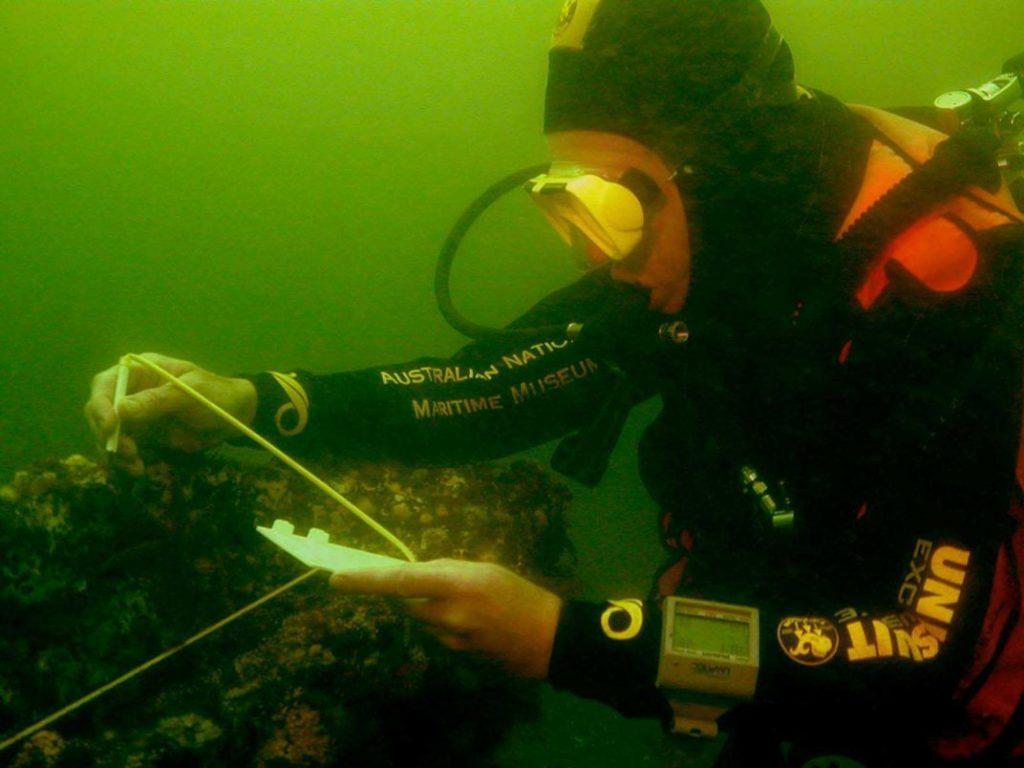 A diver investigates the believed site of the shipwreck of the . Photo courtesy of the Australian National Maritime Museum.

RIMAP is continuing to investigate the site, and collaborated with Shipway on his visit to the seabed to see the remains of the vessel for himself.

Shipway analyzed a sample of the wood that he collected during his dive at a lab at Harvard University and confirmed that the timbers were infested with the species of shipworm.

The little critters’ stomachs were still full from gorging themselves on what remains of the ship, which is estimated at just 10 to 15 percent after going on 250 years under water.

Preserving what’s left is a major challenge. Removing the remains from the water would be prohibitively expensive, and potentially harm the historic artifact. As damaging as they are, the shipworms are an important part of the ecosystem, so exterminating them is not an option. Perhaps the best way to proceed would be to submerge the surviving hull in sediment, so that the shipworms can’t access it.

‘It’s an Elastic Idea of What Constitutes the Contemporary’: Independent Art Fair’s First Fall Edition Will Focus on 20th-Century Art

Reddit Launched Its Own NFT Marketplace in July. It Already Has More Users Than OpenSea and Other Major Platforms