Home News The PAD Design-and-Art Fair Returns to London After a Two-Year Break—Bigger and... 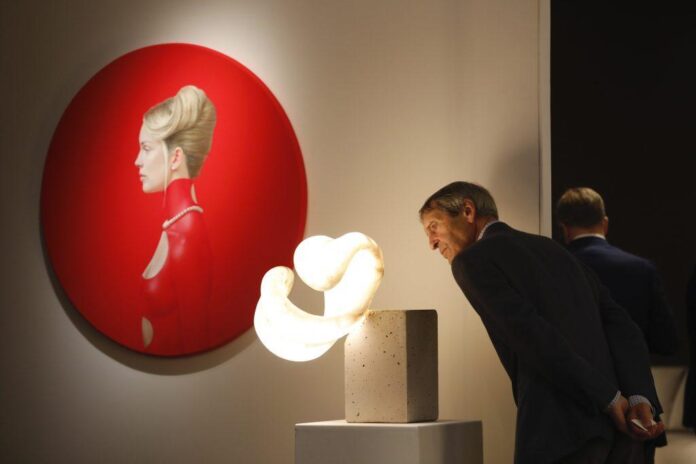 “London’s design scene has always been vibrant,” said Parisian art dealer Patrick Perrin, “from the Design Museum and Victoria & Albert’s ground-breaking exhibitions, which mix disciplines in radical and experimental ways, to world-renowned architecture, design, and art schools such as the Royal College of Art, the Royal Academy Schools, and Central Saint Martins.”

Of course, there is also PAD London (through October 16, 2022), the preeminent design-and-art fair that Perrin founded, whose 14th edition opened to the public today on Berkeley Square. The fair’s usual tent venue has had a facelift—its elevated ceilings create an airier visitor experience, while pointing to PAD’s ambitious return after two years of online-only offerings.

There are 21 new exhibitors taking part this year, boosting the overall number up to 62, with a range of fine design and jewelry on view. The fresh entries to the week-long fair include the Beirut-born and now New York-based gallery Gabriel et Guillaume; Spazio Nobile from Brussels; London dealer Mélissa Paul; and Philippe Gravier, Maison Parisienne, Ceramics Now, and Chahan, all from France.

“This is a curated gathering of the world’s visionary design gallerists and creators, driven by a common goal to champion exceptional work, new talent, innovation, and craftsmanship,” Perrin told Artnet News.

During the VIP preview, the tent was filled with collectors, design professionals, and art worlders in town for Frieze. Switching easily between English and French in their conversations, the crowd meandered through the aisles, taking in eye-catching objects such as Randy Polumbo’s biomorphic glass side lamp at fair newcomer Cristina Grajales from New York; the sleek Modernist Nordic furniture at the theatrically-designed booth of Stockholm’s Modernity gallery; and even a Jackson Pollock-themed room divider by designers Dino Gavina & Kazuhide Takahama, offered by the local gallery Portuondo. 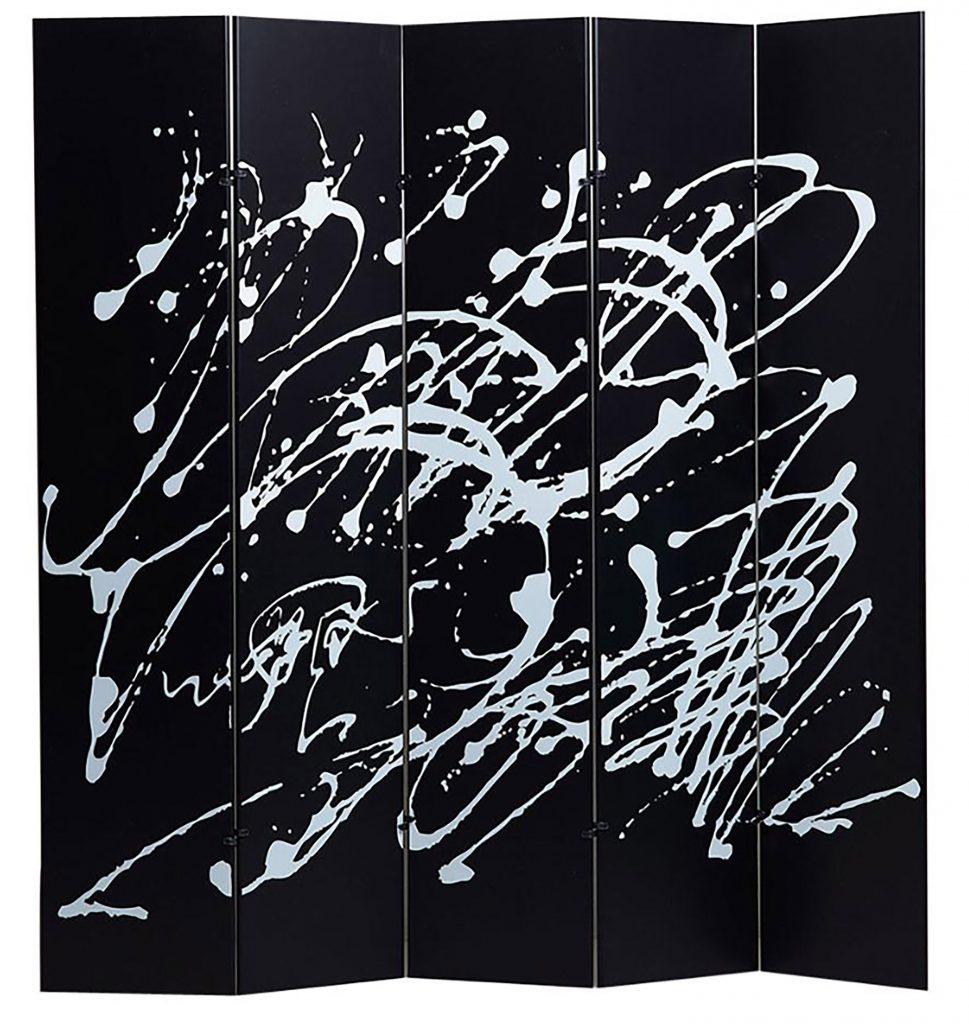 The energy at the event seemed to prove Perrin’s point that “although more is bought online, we also know that in the end, seeing and experiencing art in real life is key.”

As well as allowing design aficionados a chance to discover new talent, the fair gives veteran dealers prime real estate to present their blue-chip wares. The London-born powerhouse Carpenters Workshop Gallery, for example, has taken over two booths, with one dedicated entirely to jewelry designed by artists such as Cindy Sherman, Rashid Johnson, and Robert Longo.

The gallery co-founder Loïc Le Gaillard said this new venture with art stars was organic: “They wanted to use jewelry to express their ideas and stretch the boundaries to a new level.” Sherman, for example, has translated some of her iconic self-portraits into earrings in quartz or pearl, decorated with gold accents; while an adaptation of Johnson’s “Anxious Men” series adorns a gold ring.

The gallery’s extra presence at the fair coincides with its announcement of Ladbroke Hall, a multipurpose space in a turn-of-the-century townhouse set to open next spring in the posh Notting Hill neighborhood, with amenities such as a restaurant and performance venue. And Le Gaillard was in fact instrumental in bringing the fair from the French capital to the U.K., after noticing “the demand and appetite for diverse artistic expression in London.” 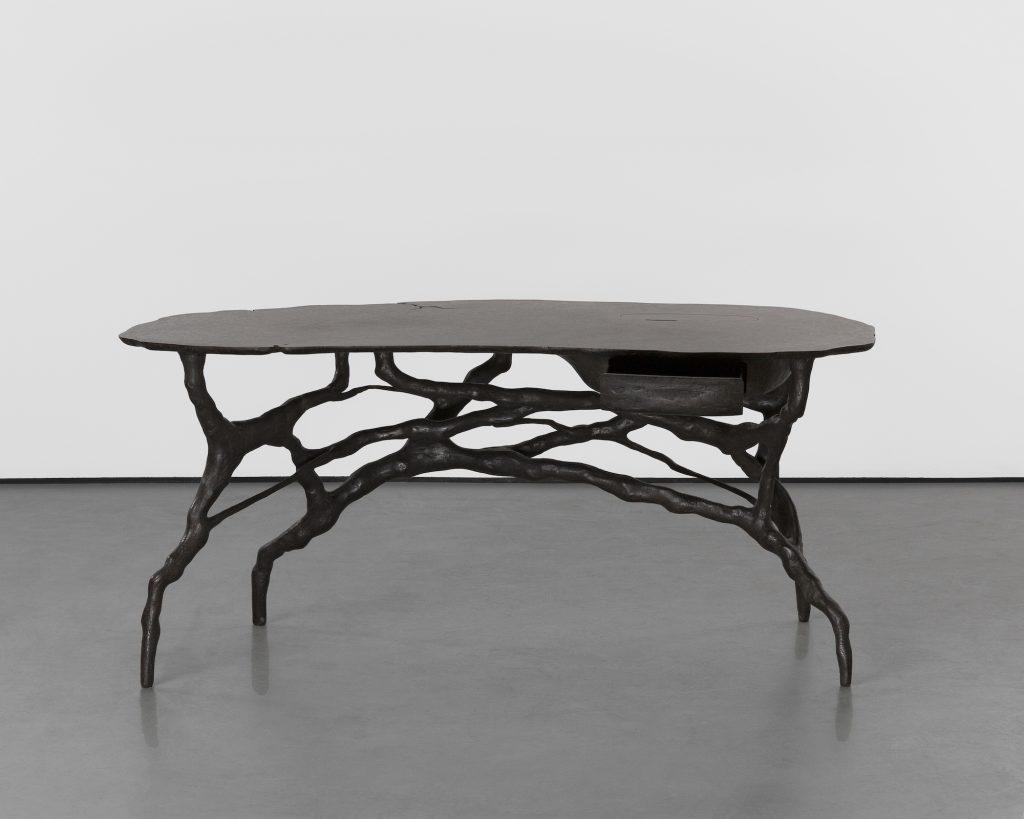 Such art-leaning design is echoed in the gallery’s main booth, where British artist and designer Paul Cocksedge’s minimalist yet captivating chandelier hangs like an open notebook, its pages being blown around by the wind. Other works that claim your attention include the Australian designer Charles Trevelyan’s tree-like patinated bronze table, and the Greek artist Niko Koronis’s eerily dark noir de mazy marble console.

Another local tastemaker, Adrian Sassoon, brought what he describes as “a seductive range of contemporary works of art” created in various media, including ceramics, glass, silver, and gold. His gallery is known for its ornate exhibitions, in which objects are installed in lushly-decorated domestic settings, contrasting the contemporary and the classical. Sassoon has followed a similar approach for his booth at PAD, with a hallucinatory light-scape installation titled Wildflower Meadow by the London-based design duo Vezzini and Chen, along with new work from Japanese master silversmith, Hiroshi Suzuki.

The booth of Milan’s Nilufar Gallery also reflects its founder Nilufar Yashar’s strong connection to art objects. “I’ve always been fascinated by the art world, but most of my collection and inventory has consisted of design pieces,” she said. The gallery’s booth fittingly pairs British artist Jonathan Trayte with Italian designer Ruggero Moncada di Paternò. A self-described “firm believer in the aesthetic and cultural power of unexpected mixtures,” Yashar’s juxtaposition also includes mid-century objects with examples by Brazilian designers, such as Branco & Presto, Móveis Cimo, Jorge Zalszupin, and Martin Eisler and Carlo Hauner.

The most expensive art objects of the XXI century