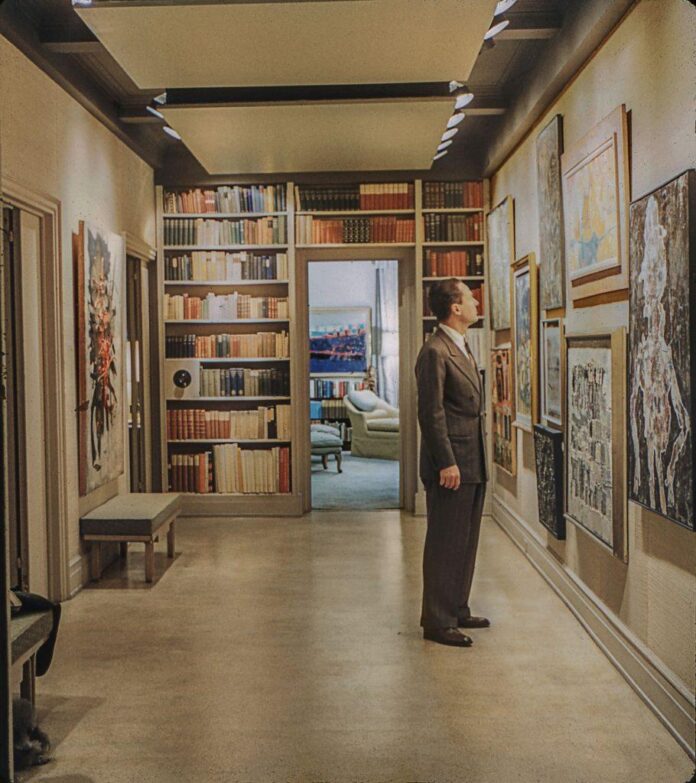 An early de Kooning collage, a painted Giacometti bronze, one of the first portraits of Marie-Thérèse Walter by Picasso—these and other treasures from the collection of the late art patron David Solinger may bring in $100 million at Sotheby’s this fall.

With 90 lots offered across four sales in New York and Paris, it’s the latest trove to come to the market in what promises to be another blockbuster season, led by the estimated $1 billion of art from the estate of Microsoft co-founder Paul Allen at Christie’s.

A dedicated auction of 23 lots will take place on November 14 in New York, followed by the day sale and two auctions in Paris.

Solinger, who died in 1996, acquired the majority of his postwar art in the 1950s and most of the works he purchased remained in the collection until now, offering a rare glimpse of how an earlier generation of collectors went about their business.

A T.V. and advertising lawyer, Solinger was a Sunday painter and avid gallery goer who corresponded with artists like Alexander Calder and dealers like Pierre Matisse, buying works directly from the studios of de Kooning and Giacometti. His clients included artists Louise Nevelson and Hans Hofmann.

“He immersed himself into the art of his age,” said Oliver Barker, Sotheby’s Europe chairman, who helped secure the collection following the death of Solinger’s second wife earlier this year. “It’s a time capsule of this moment of collecting when the center of the art world moved from Paris to New York.” 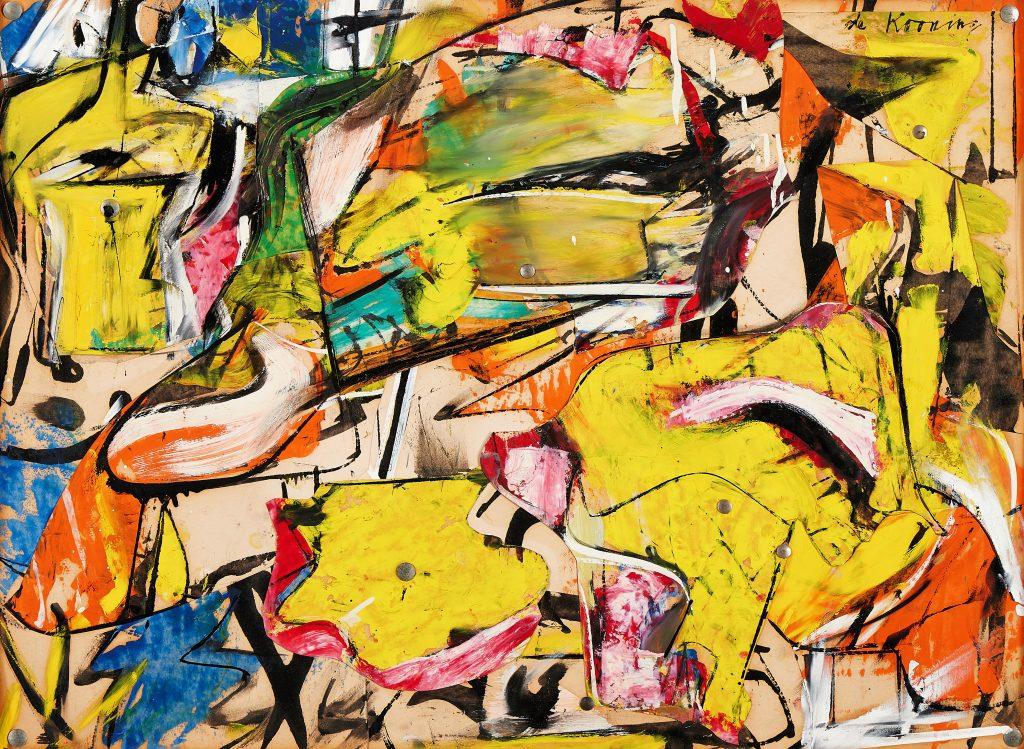 The top lot is de Kooning’s Collage (1950), estimated at $18 million to $25 million. Its vibrant, richly textured surface is built up with layers of paper, paint, charcoal, and silver thumbtacks. Collage has been featured in several important exhibitions, from MoMA’s landmark traveling survey in 1968–69 to the “Abstract Expressionism” exhibition at London’s Royal Academy of Arts London in 2016–17.

Solinger first saw Giacometti’s Trois hommes qui marchent (Grand plateau) at the artist’s studio in Paris. He asked the artist to paint the three figures in different shades of gold and subsequently bought it through Galerie Maeght in Paris. It’s estimated at $15 million to $20 million. 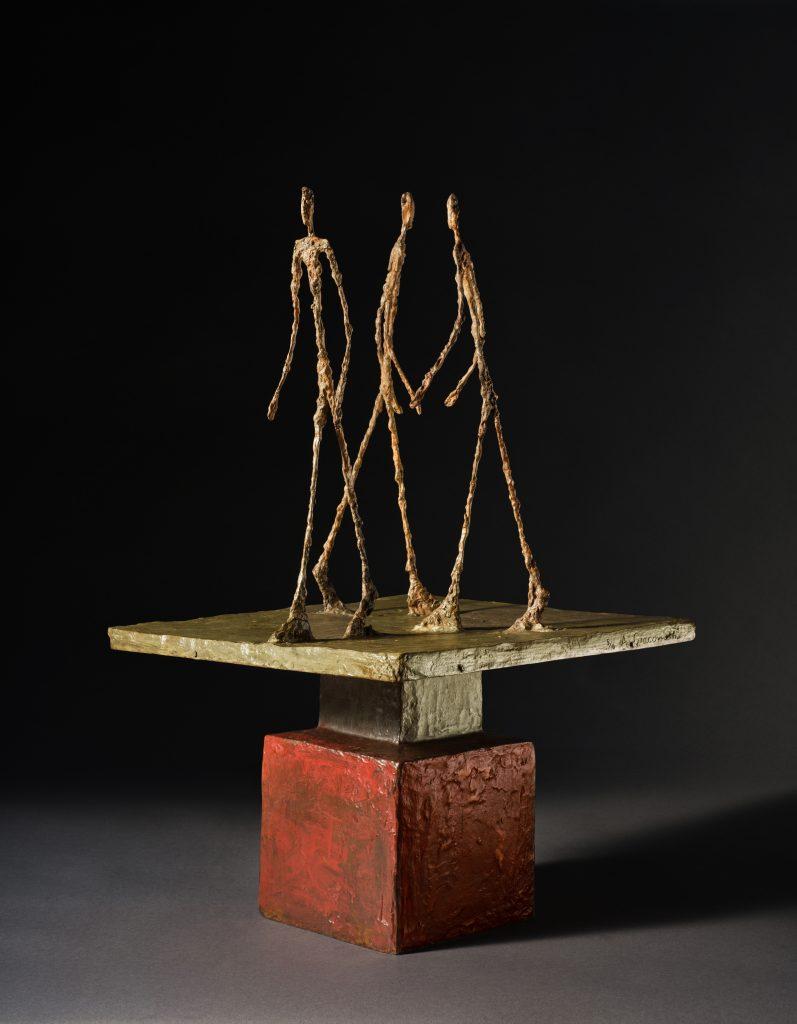 Picasso’s Femme dans un fauteuil was painted in 1927, just three weeks after the Spaniard met 17-year-old Walter. In this painting of two women, Picasso connects the curvaceous lines symbolizing his new love interest with sharp and angular forms representing Picasso’s wife Olga. The work is estimated at $15 million to $20 million. During World War II, the painting was sent to MoMA for safekeeping, according to Sotheby’s. After the war, it was repatriated back to France. Solinger bought it from Picasso’s dealer Daniel-Henry Kahnweiler.

Solinger was the first non-Whitney family president of the Whitney Museum of American Art, making the museum public and driving the fundraising for its Marcel Breuer building.

Alfred Barr, MoMA’s founding director, asked Solinger to buy the museum’s first Franz Kline, a 1950 painting, Chief. He agreed and the artist later made an oil sketch of the painting on the page of a phone book for Solinger. That sketch is now part of the collection headed to Sotheby’s. 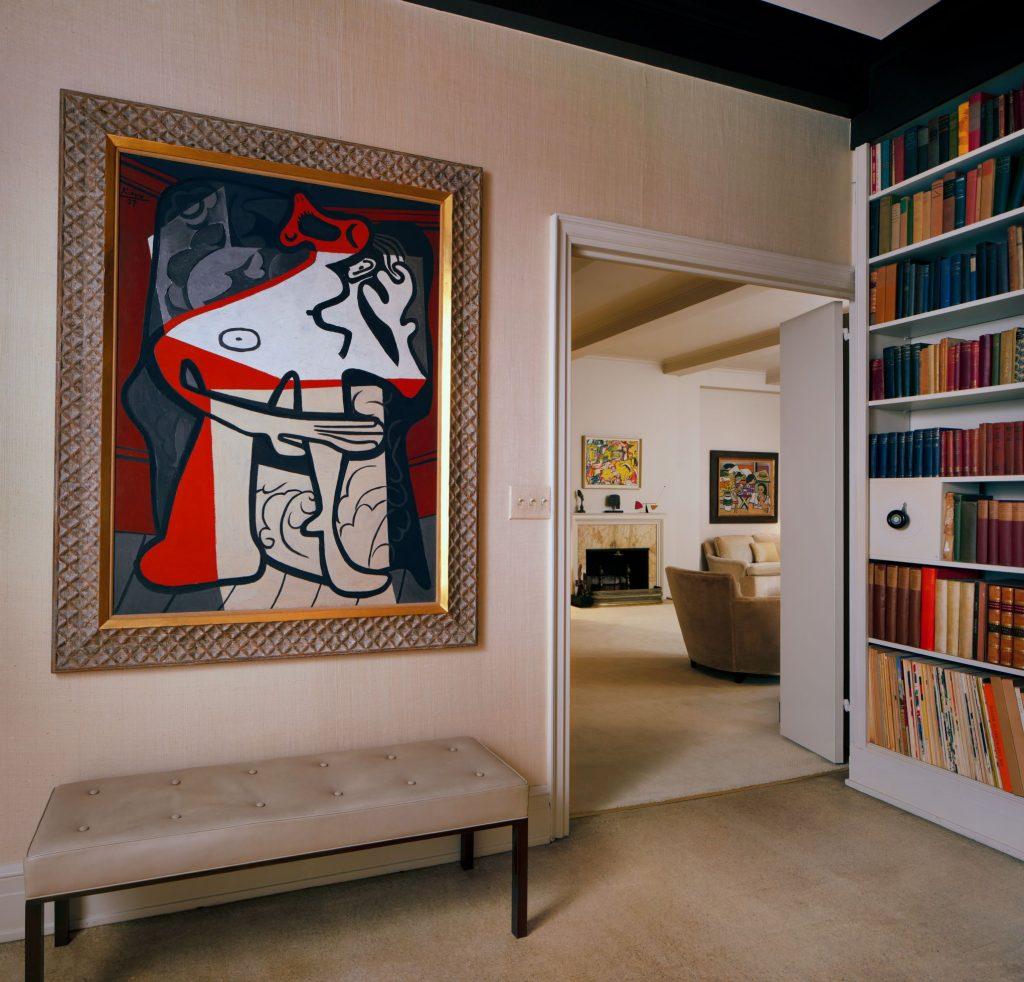 “This is a picture I bought in 15 seconds,” Solinger had once told an interviewer.  “I’d never heard of de Staël. I’d never seen one of his pictures. It was a case of love at first sight.” He paid $800 for it.