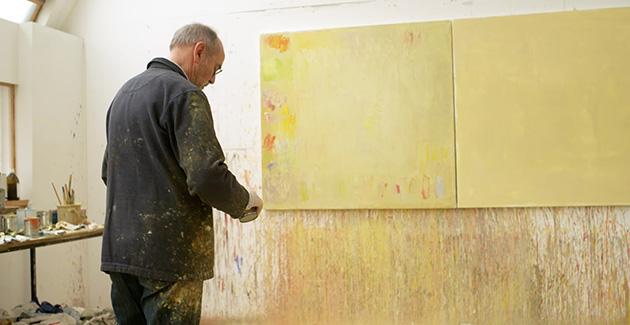 British artist Christopher Le Brun recently celebrated his 70th birthday, but despite having been painting for decades, the artist remains as deeply curious about why he paints and where his inspirations come from as when he started. In fact, in his London home and studio, the artist keeps a framed drawing he made in his younger years, the dash-like passages in the sketch echoing the mark-making in his most recent gestural canvases. 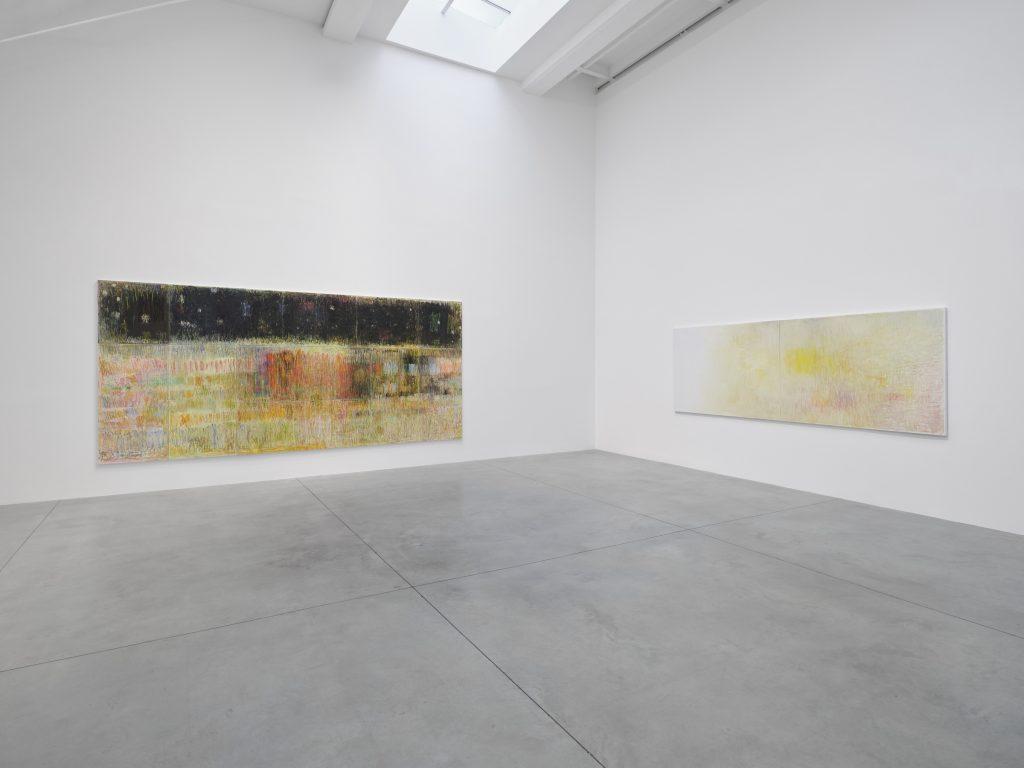 Now, with his third exhibition with Lisson Gallery, “Momentarium,” Le Brun is presenting a group of ambitiously scaled canvases—including, for the first time, monumental triptychs and diptychs. The exhibition’s title is a word meant to reference a collection of fleeting moments, and the works within tap into the artist’s fascination with how to represent time. The centerpiece,, serves as a visual palimpsest of sensations and testifies to the artist’s continual exploration of technique, scale, and color compositions.

Many of these works make musical and literary references, too. In White Diptych, colors coalesce with intensity, as though in a crescendo, before fading toward the canvas’s edge. Meanwhile, The Waves nods to the 1931 novel by Virginia Woolf and similarly meditates on the nature of time. These works are juxtaposed with recent acrylics on paper that seem to isolate passages and gestures found in the large-scale paintings at a smaller scale. To mark this exhibition, the gallery recently released a short film of Le Brun preparing his works in this studio and talking about the continuing mystery of painting.

Watch the film below.