Home News These Watch Auctions from Sotheby’s, Christie’s, and Phillips Might Help You Stop... 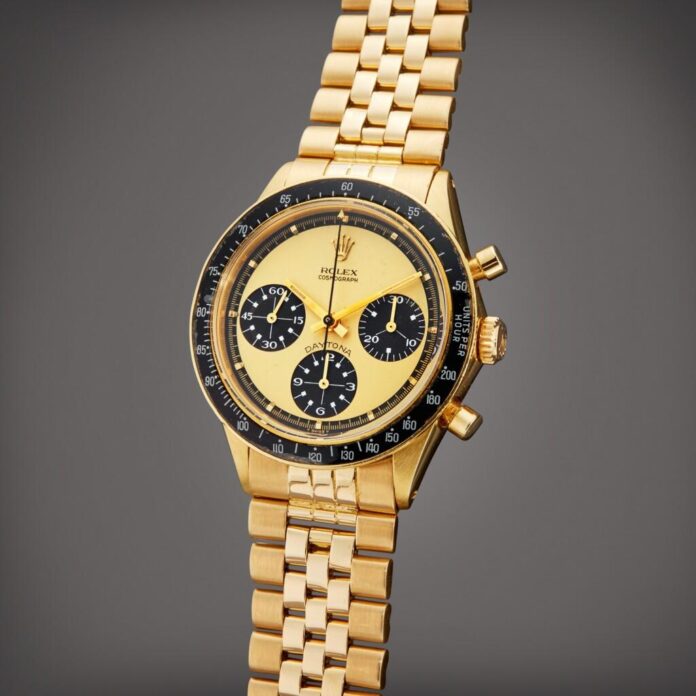 New York City’s auction houses know what time it is. And they’d like you to know too. Sotheby’s, Christie’s, and Phillips are serving up form and function with their watch auctions this season. Sure, you can look at your phone to check the time, or you can flash a stylish timepiece from the past.

Sotheby’s will host its Important Watches auction on December 9, with viewing from November 30 to December 8. The standout here is a Reference 6264 Daytona “Paul Newman Lemon” Rolex yellow-gold chronograph wristwatch with bracelet, circa 1969. The Daytona style was a favorite of Hollywood star Paul Newman. After the Hustler was photographed numerous times wearing his own Reference 6239 Daytona, dealers and collectors have been calling the line by his name. The pieces are defined by their Art Deco-style dial type, known as an “exotic dial.” While this auction item didn’t actually grace Newman’s wrist, it was owned by a prominent international diplomat, so it still saw some splashy adventures. It’s being offered from the descendants of the original owner, estimated to fetch $700,000–$1,400,000. 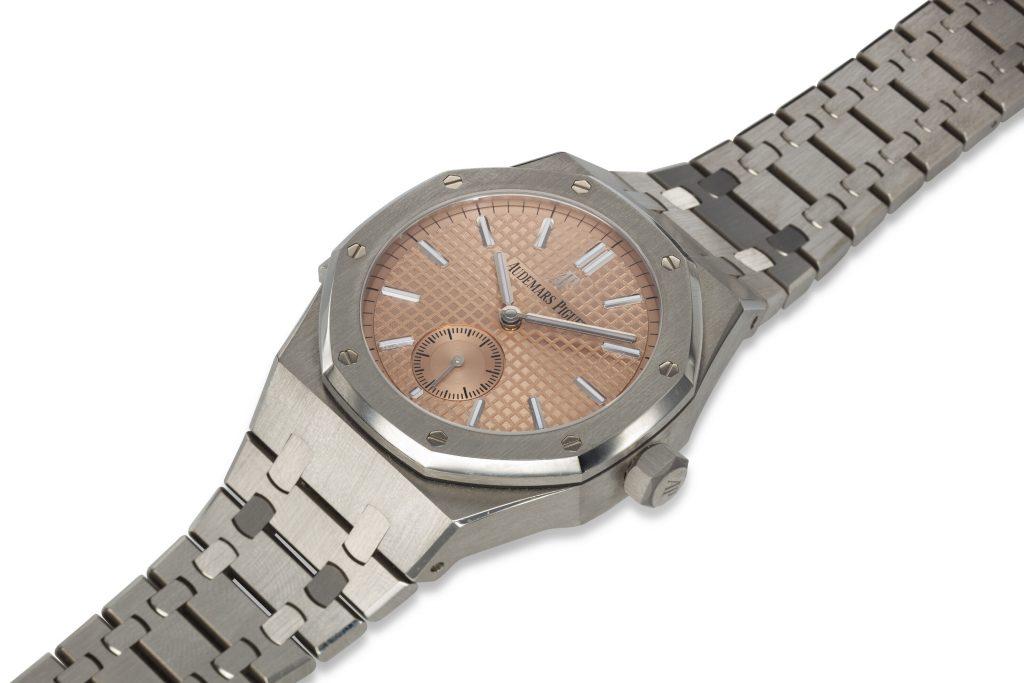 Christie’s brings its own Important Watches, with viewing December 2–7 and the auction on December 8. The timepiece to go to the highest bidder is listed as an Audemars Piguet, Ref. 26591ti.Oo.1252ti.02, Royal Oak, a Very Fine and Extremely Rare Titanium Minute Repeating Supersonnerie Bracelet Watch, Limited to 35 Examples. A mouthful, to be sure, but at just 124 grams the watch itself is very light. The 2021 piece also features a minute repeating supersonnie, meaning you can set it to chime the time down to the minute. Minute-repeating watches originated before widespread use of electricity so you could know the time in the dark, plus they can help the visually impaired. Supersonnies make a piece more pricey and rare, and are therefore a collector favorite. This piece is estimated to go for $350,000–$550,000. 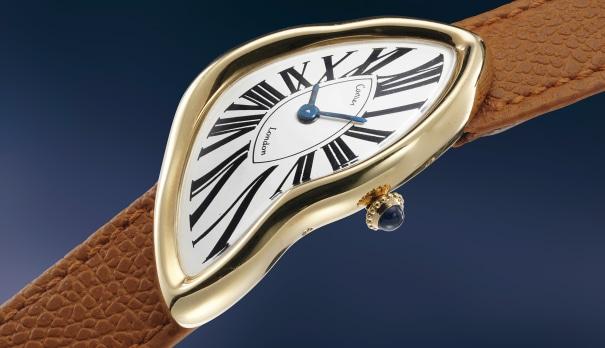 Phillips offers The New York Watch Auction: SEVEN, with viewing December 3–9 and auctions December 10 and 11. Here you’ll find Cartier’s London Crash, circa 1970, an extremely rare, early yellow-gold asymmetric Cartier wristwatch. While the curvy, dreamlike form inspired rumors that the watch was inspired by Salvador Dalí’s (1931), Jean-Jacques Cartier and designer Rupert Emmerson designed the piece to look as though the brand’s Bagnoire Alongée Maxi had been in a car crash. The original Crash was released in 1967, and the look retains a certain groovy, Swinging Sixties vibe. This Cartier Crash is offered for the first time ever, by a descendant of the original owner, the art collector and philanthropist Daphne Farago, estimated to sell for $400,000–$800,000.

Art Burns: Artists Pick the 10 Most Brutal Reviews They’ve Ever Received in a New Book of Negative Criticism

The Brit Awards, the U.K.’s Answer to the Grammys, Tapped Emerging Artist Slawn to Design its Next Trophy Incorporating His Nigerian Heritage