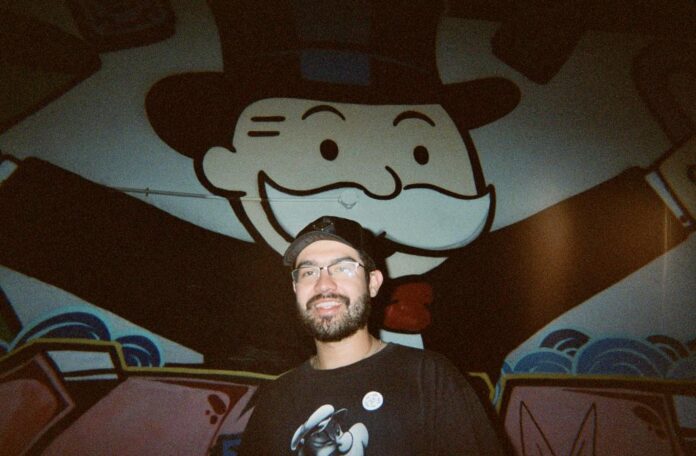 I am pleased to report that I agree with headlines about Blaketheman1000, the Dimes Square rapper, actually being pretty good. About a year ago, I recall stumbling upon his impromptu show at Ming’s Caffe in the square of dimes, and being so enchanted by the guerrilla concert that I mentioned it in Wet Paint. In the year since then, Blake has become increasingly more famous while remaining as niche, writing art-world adjacent songs about Dean Kissick and the like. He’s made cameos in the column for a while now, so I figured, why not let him take the camera for a spin? 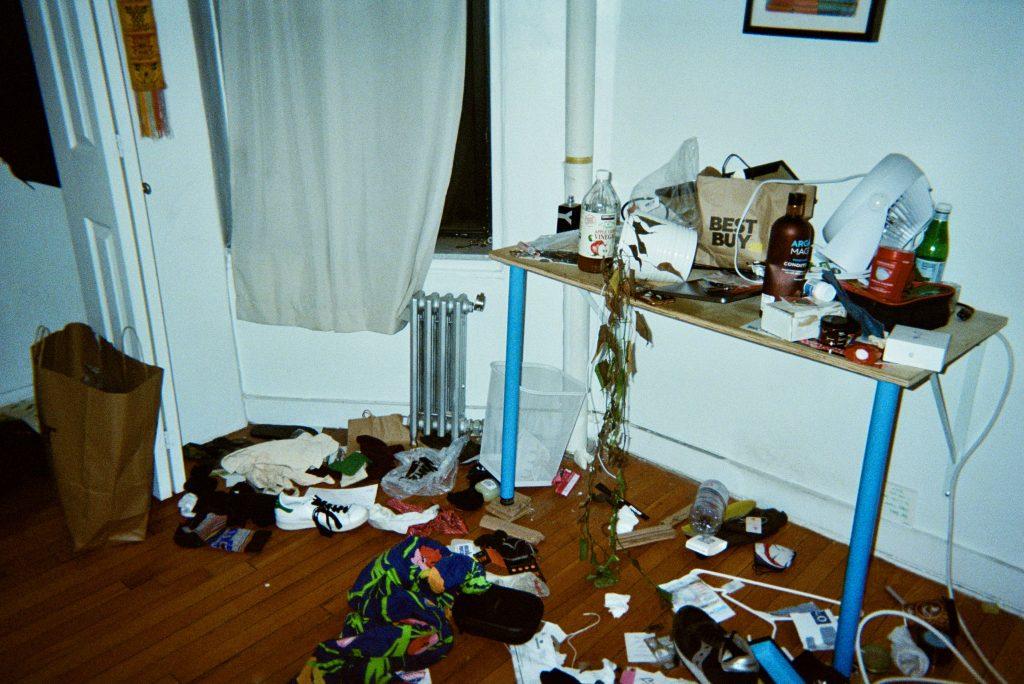 I had to move out of my LES apartment the day before going to Basel. It was too small and very messy so getting everything out was quite the ordeal. Paid for movers for the first time in my life, which was a really great decision and something I will always do from now on. 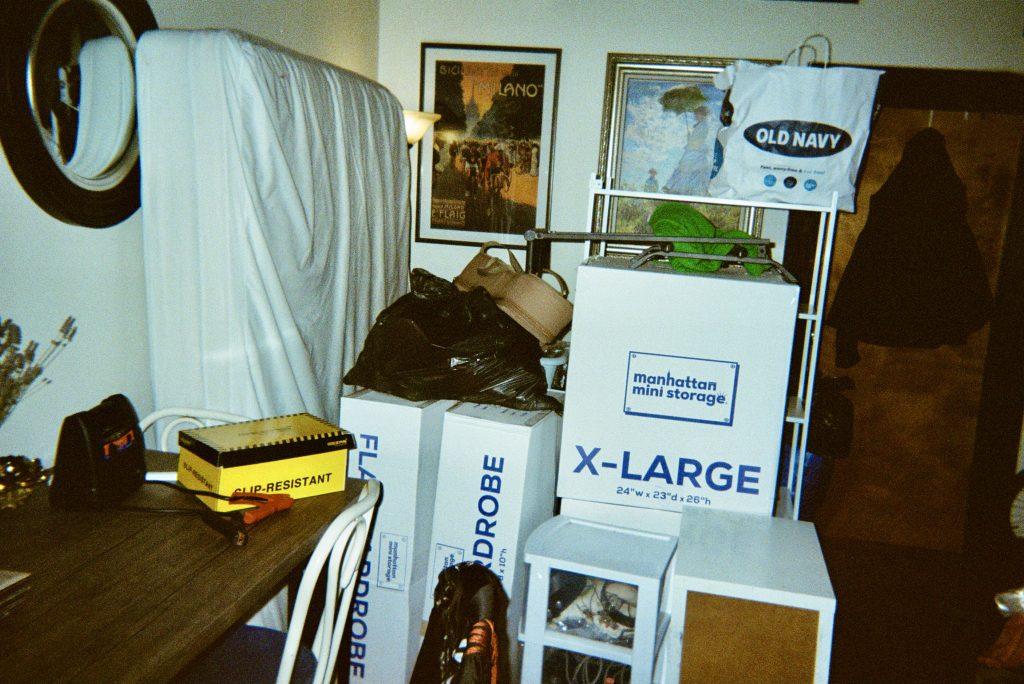 I dropped my boxes at my new place in Bushwick. I love Bushwick and I love my new apartment. 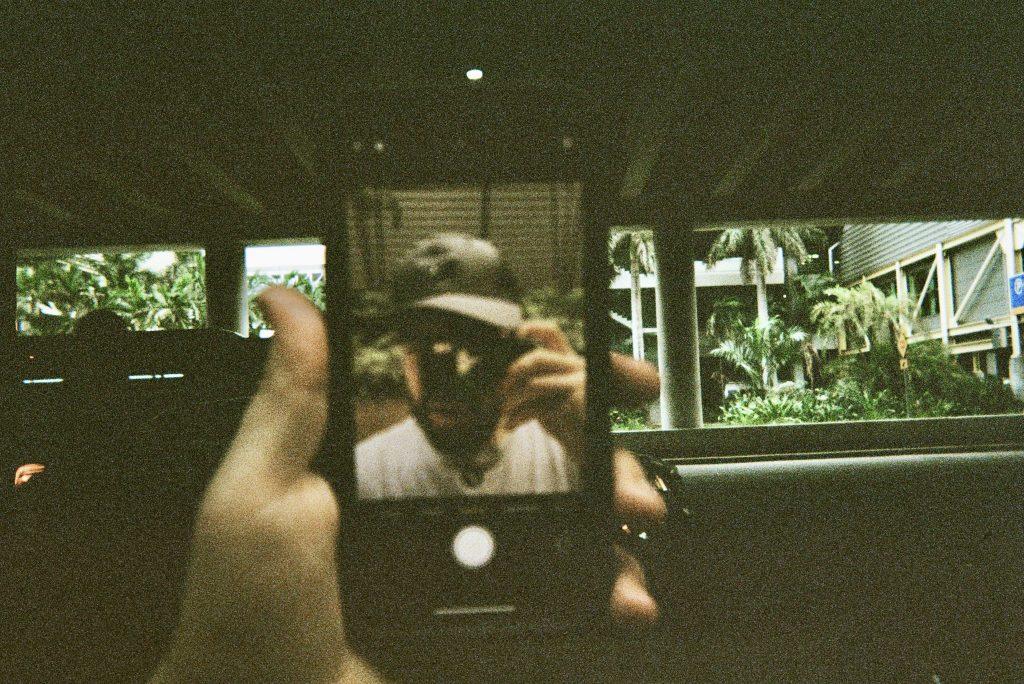 I booked my flights super last-minute because I thought they would get super cheap on Cyber Monday. They didn’t! I flew into Ft. Lauderdale via Spirit Airlines. Musician Quiet Luke picked me up from the airport. I took a picture of him but I forgot to use The Flash and it didn’t come out. He played me some of his new album in the car and it’s really good. 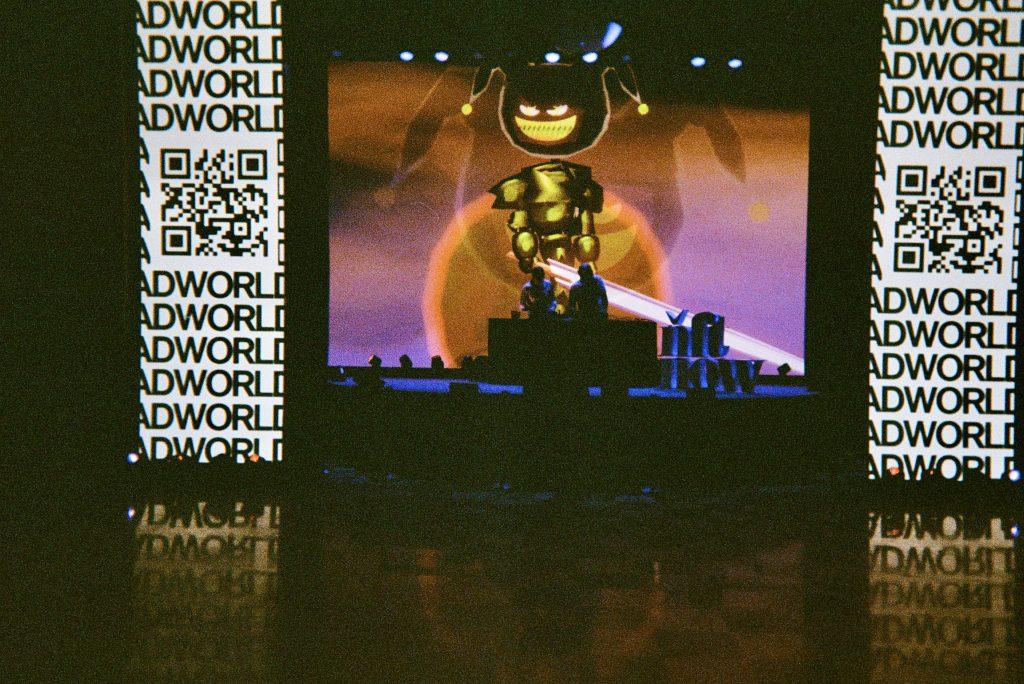 I went straight from the airport to the AdWorld DJ set at NFT Now’s 5-day festival. The music and visuals were super awesome. I’m a big fan of AdWorld [multidisciplinary artist Santangelo William’s online experience] and hope to collab with them at some point. 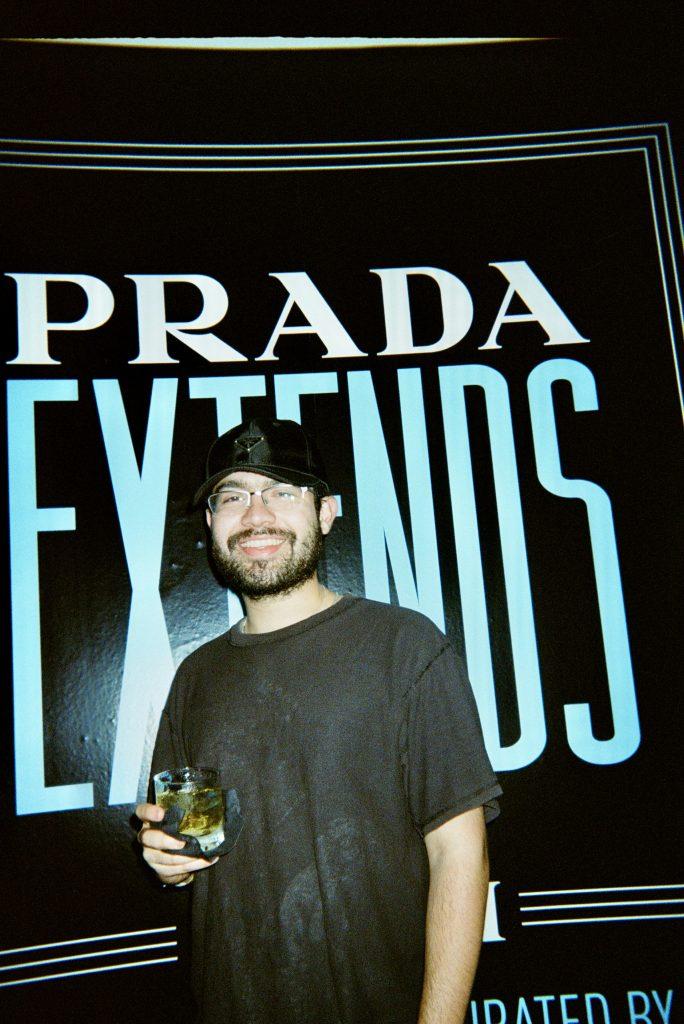 Wore my fake Prada hat at the Prada party. 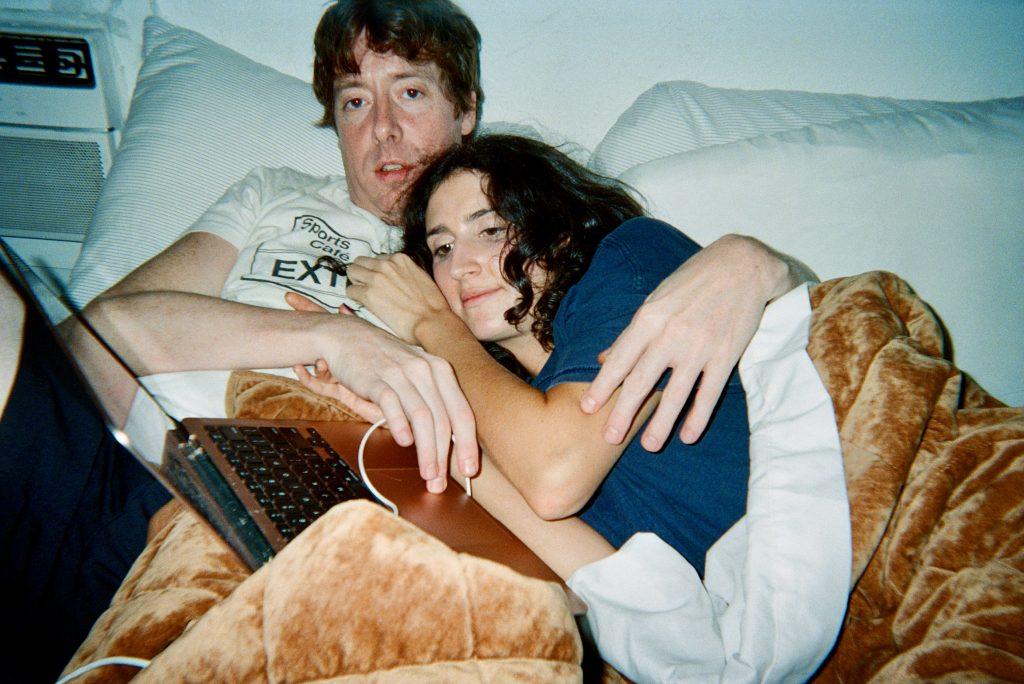 I stayed at an Airbnb in North Beach with Billy Jones and Natalie Miano, music industry power couple. Billy owns the venue Baby’s All Right and Natalie is a mega goated publicist. 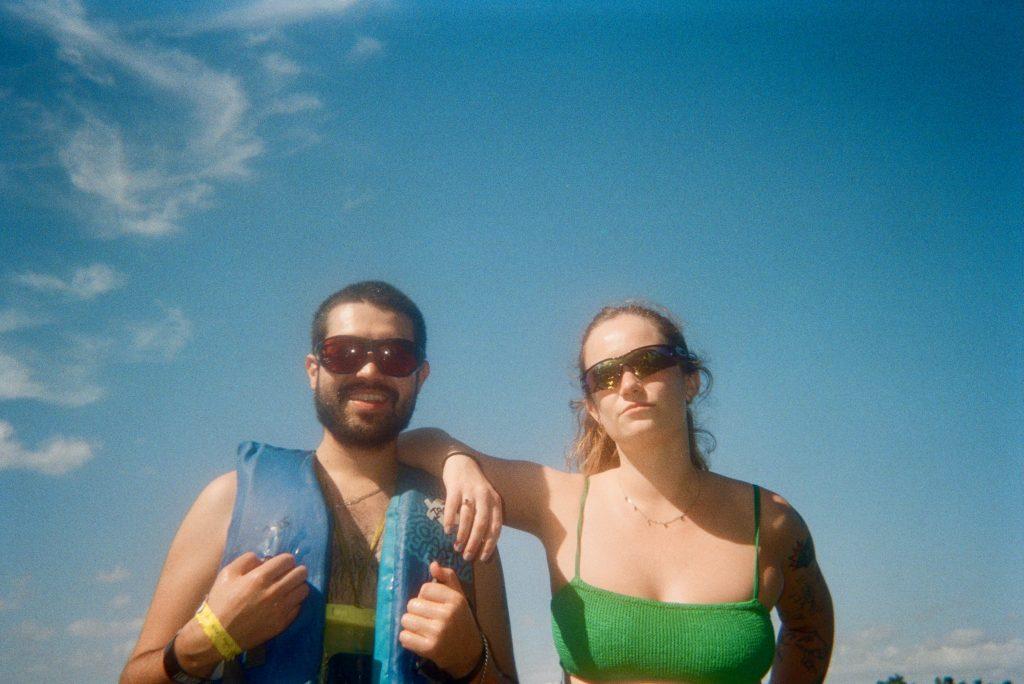 I went jet skiing with Annie Armstrong, though the jet ski is not pictured here. Wet Paint in the Wild mode. 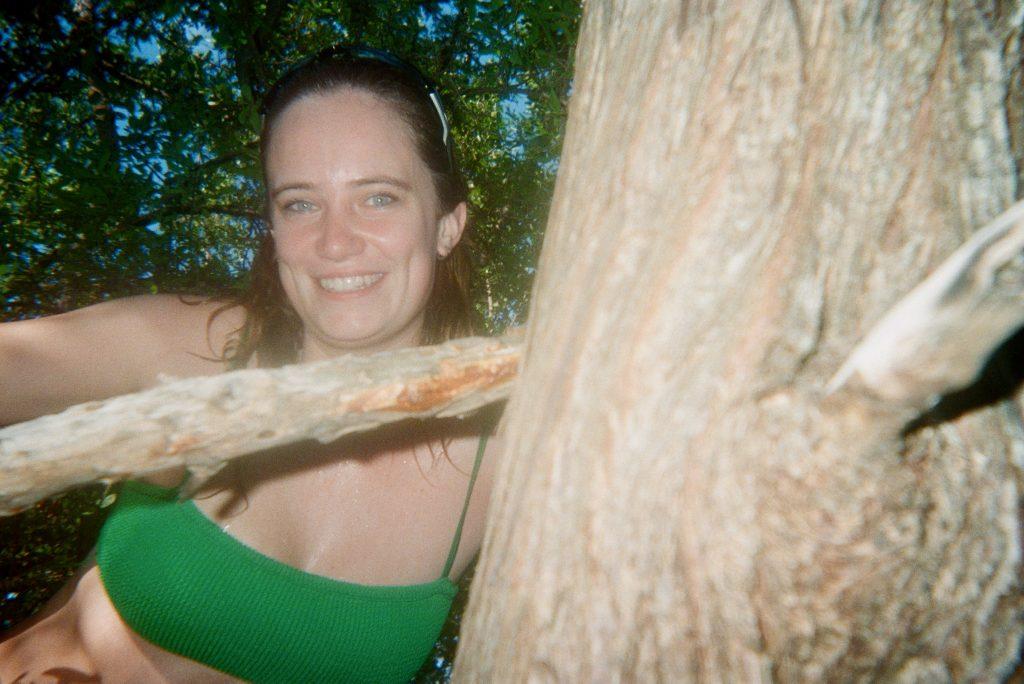 Wild Annie Armstrong climbing a tree in the Wild (on a manmade island we visited during our aforementioned jet ski excursion). 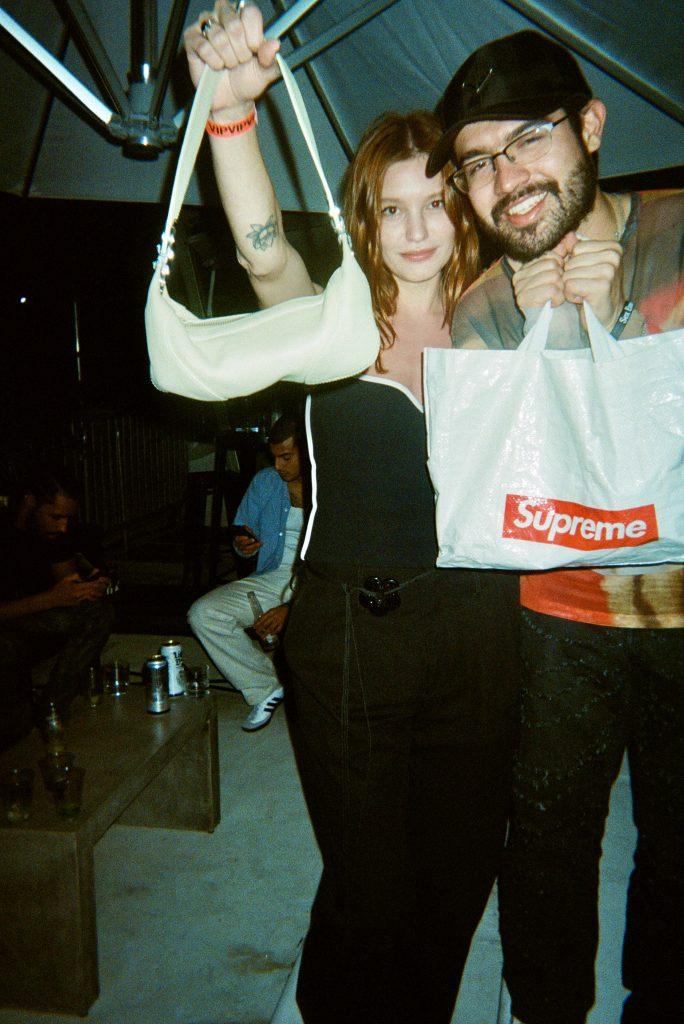 I hung out with i-D editor Nicole Demarco at the i-D x Marc Jacobs party. She edited the i-D profile about me. 454 was playing the i-D party, but I didn’t get to see his set because I had to go play a set. He’s one of my favorite musicians. 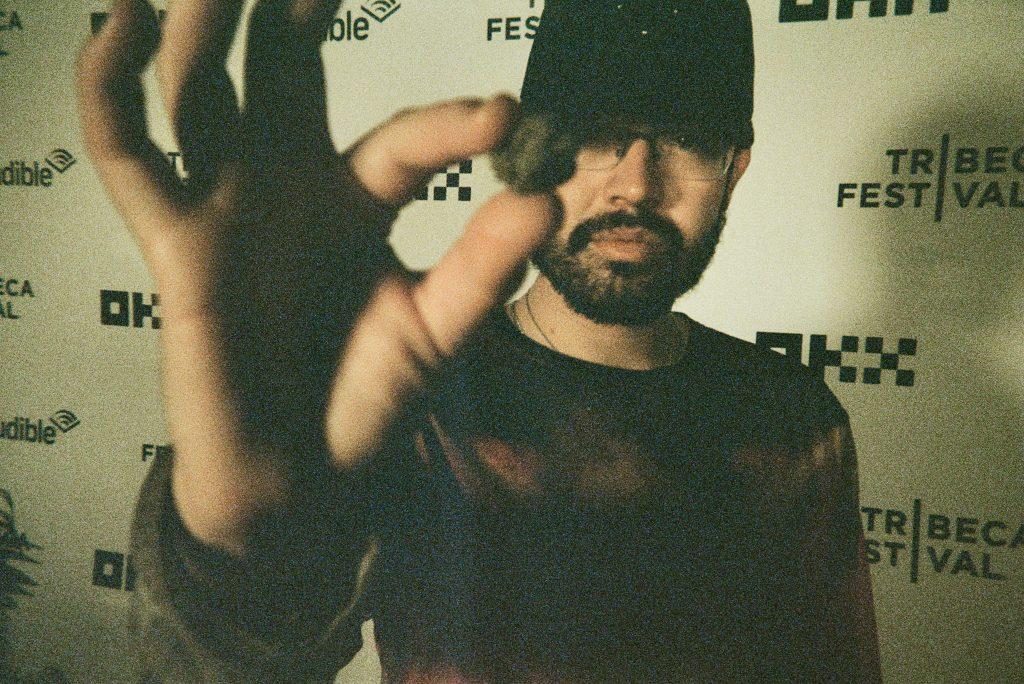 I played at the Tribeca Festival x Audible event. Hit it off with a dude in the green room and he gave me a nug. I wish The Flash had been on for this photo. 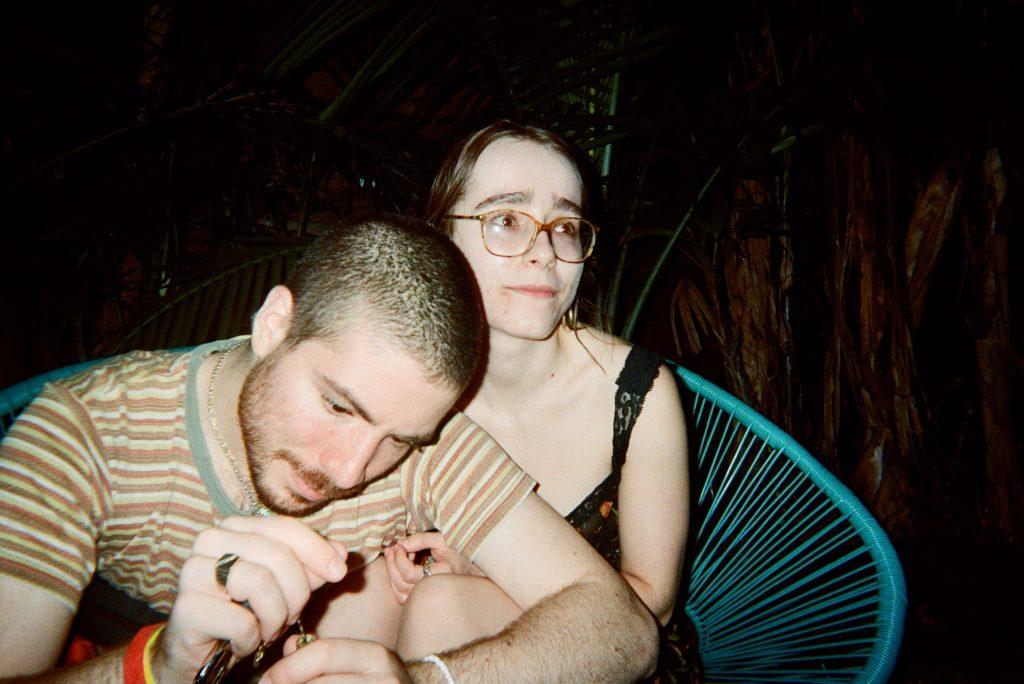 I didn’t have any papers or a piece but Danny Cole was kind enough to empty the tobacco out of a cigar so I could smoke the nug that the guy in the green room gave me. Danny’s girlfriend Auri Ribes watched. 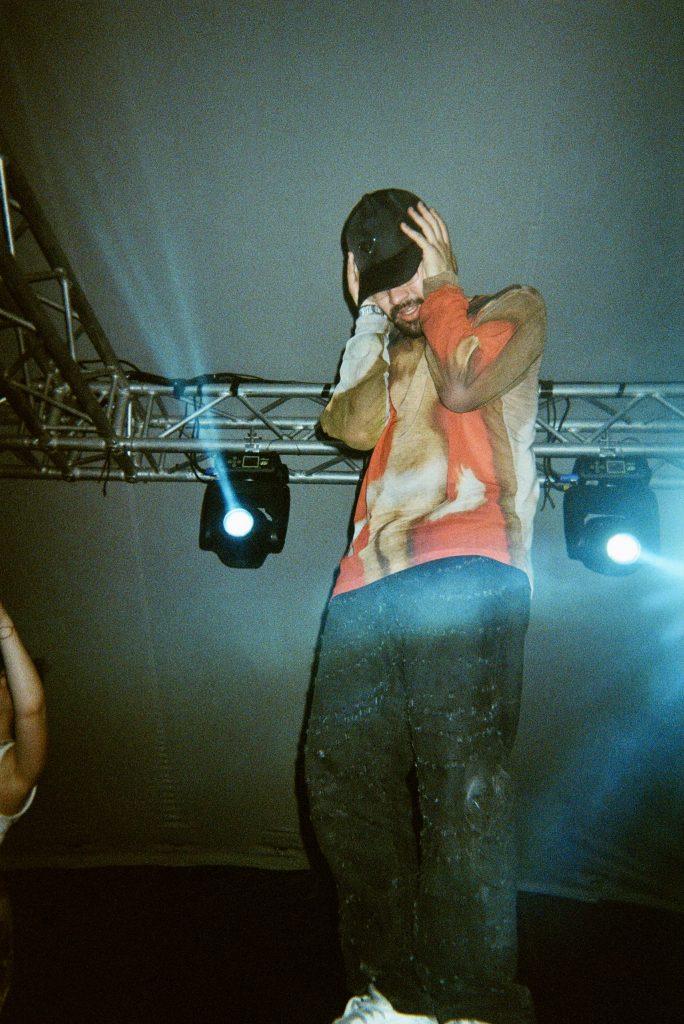 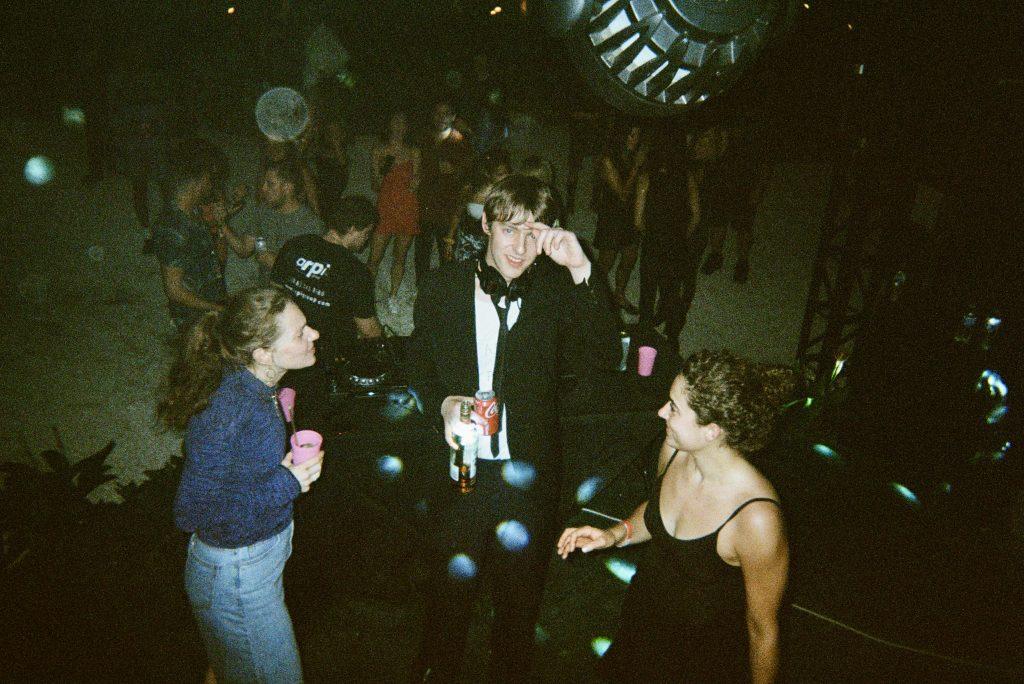 My best friend The Dare hanging out at the Tribeca Festival event. He was also staying in the aforementioned Airbnb. I took a photo of The Dare DJ’ing after my set that I would have loved to have included in my photo essay, but when I sent him the photo he said: “I look kinda busted”. I look forward to a future where my best friend The Dare feels comfortable in his own skin. 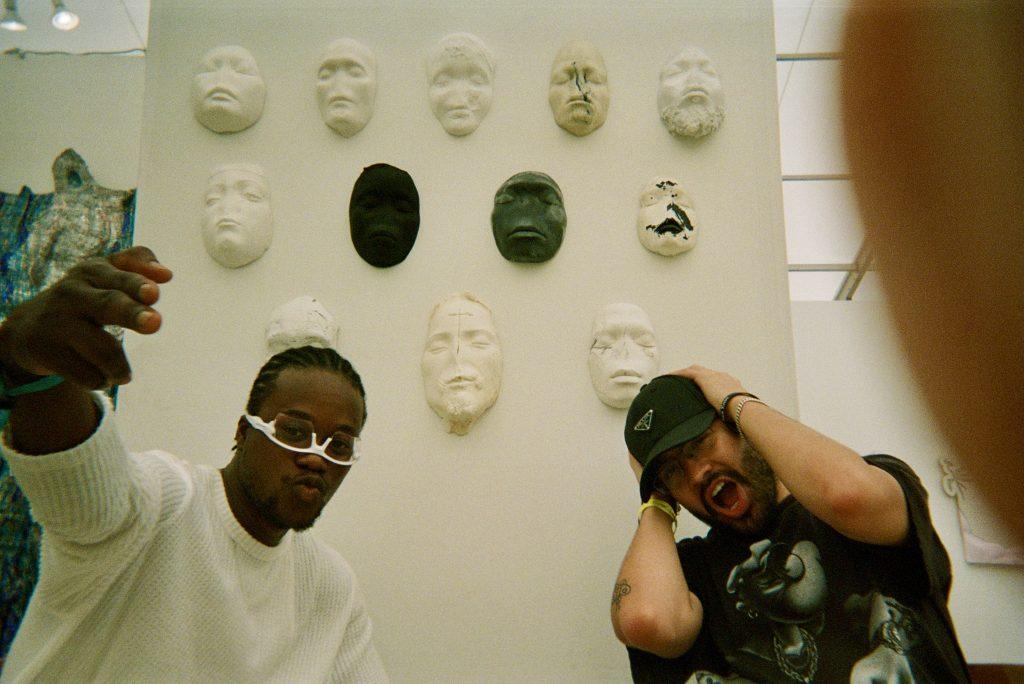 I visited Hamzat Raheem at the Untitled Art Fair. Hamzat is in the process of creating a marble sculpture titled Stone With 1000 Faces. 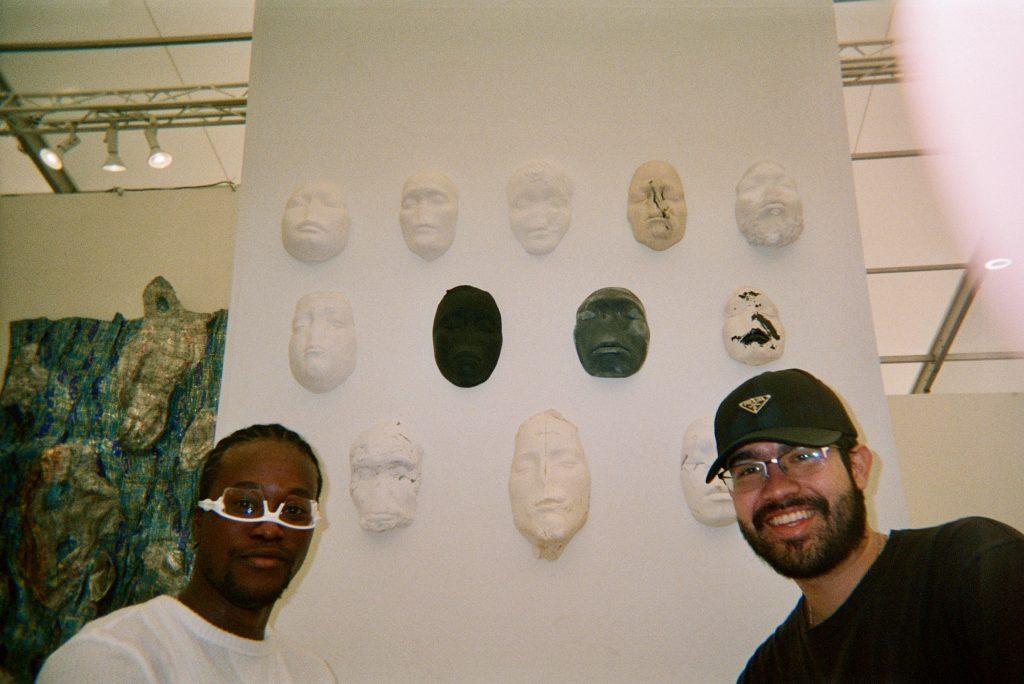 He records faces into a kind of plaster called Hydrostone, using a technique called scagliola. At the time of this photo essay he has collected 62 faces. He’s gonna do mine soon. 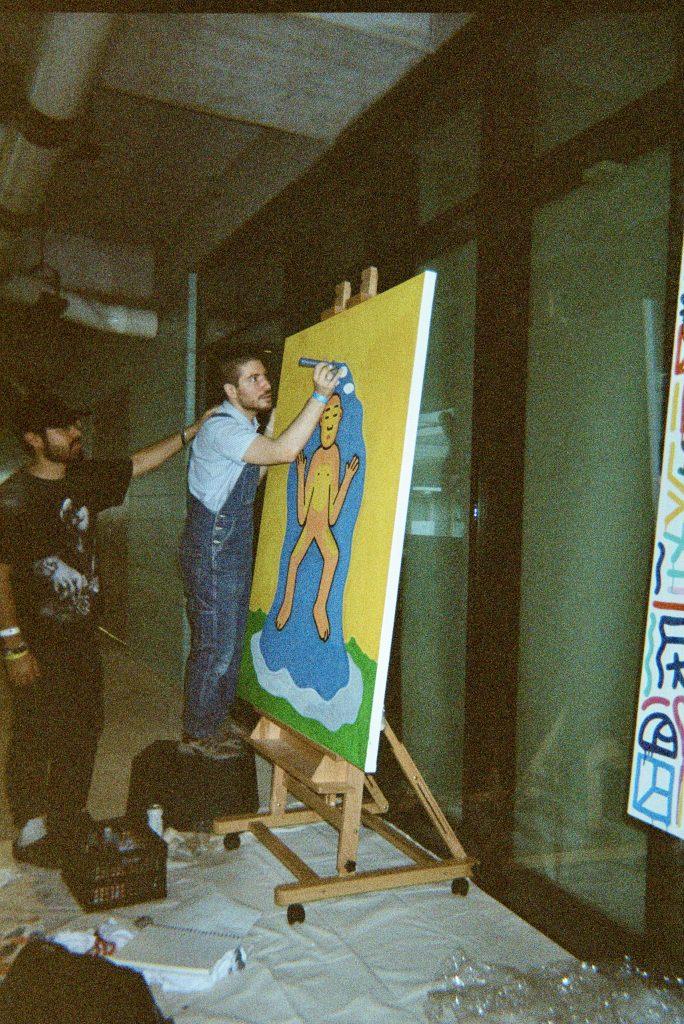 Here I am encouraging Danny Cole during his Live Painting Event. Danny and I are working on several music projects in 2023. I’m excited for all of them! 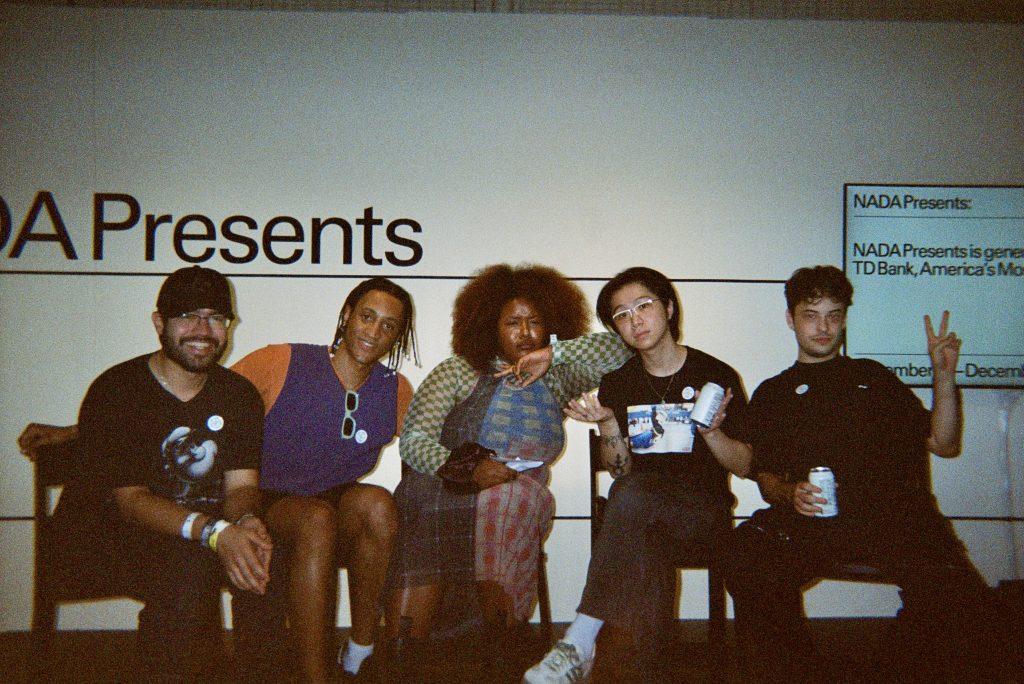 From left to right: Me, Jeremy Capps, Makayla Bailey, Louis Osmosis, and another guy onstage after a panel at the NADA art fair. Truthfully, I did not attend the panel. Makayla is the Co-Executive Director at Rhizome and spoke on the panel. Jeremy is a longtime friend/collaborator of mine who dates Makayla and attended the panel. I had come to the panel to say hi to Jeremy. Then we ran into Louis, with whom we are all friends. I assume Louis had attended the panel. We got onstage and started taking the photo and the other guy, who attended the panel, joined us for the photo. We have mutual friends, but I can’t remember his name. 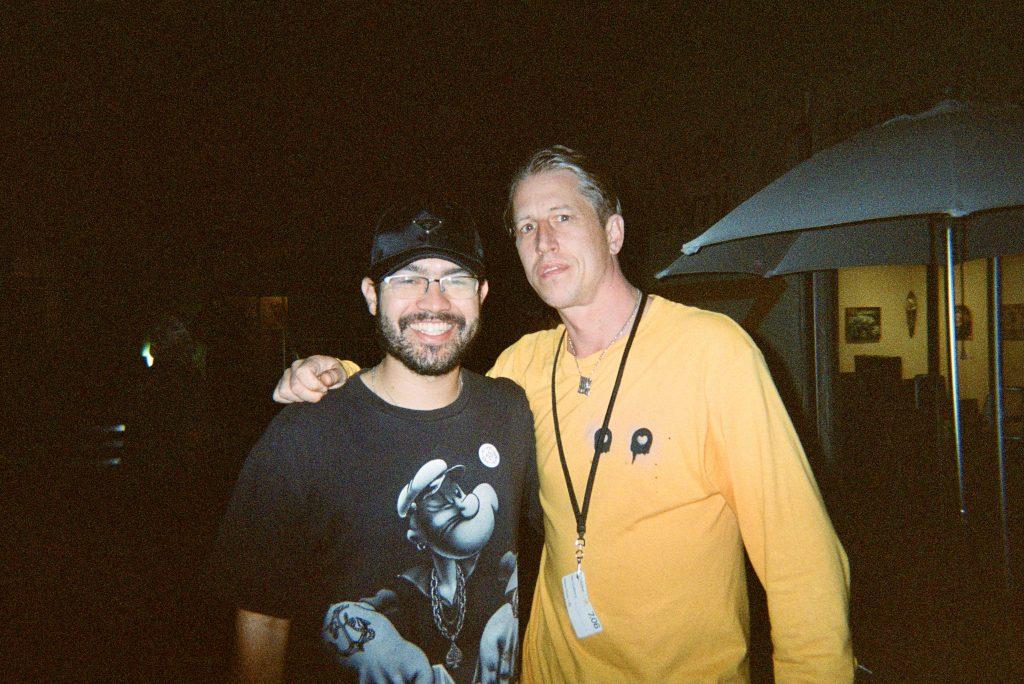 Got a nice picture with my friend Casey Gleghorn at NADA Art Fair. Casey is the owner of No Gallery, who had a wonderful booth at NADA. 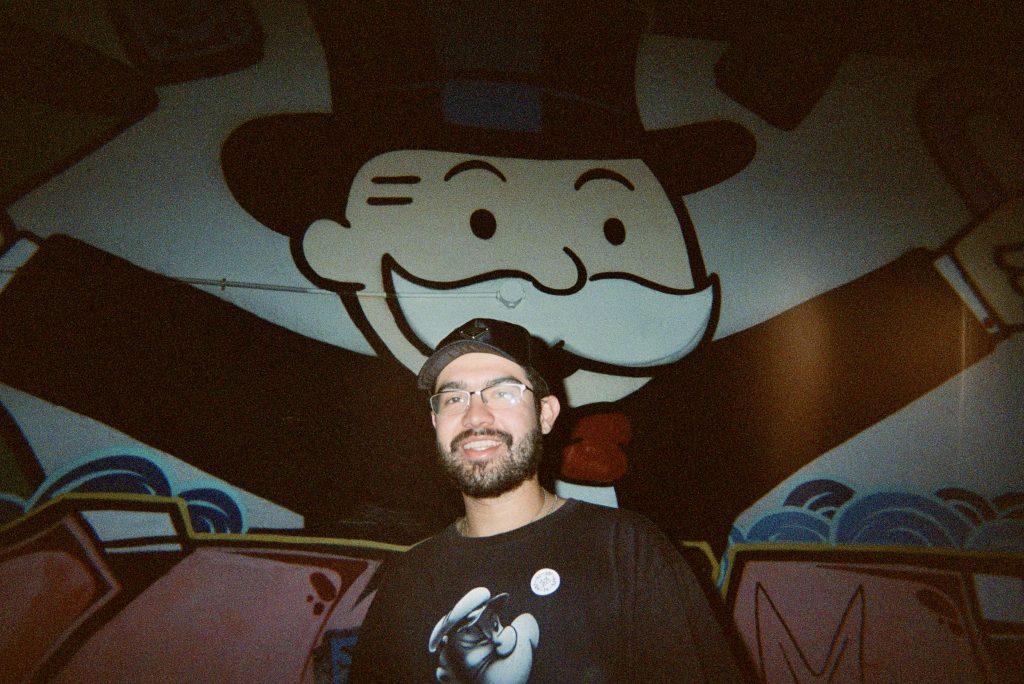 Alec Monopoly in the Wild. I love street art and went to jail last year after an undercover cop caught me tagging the Myrtle-Broadway subway platform. 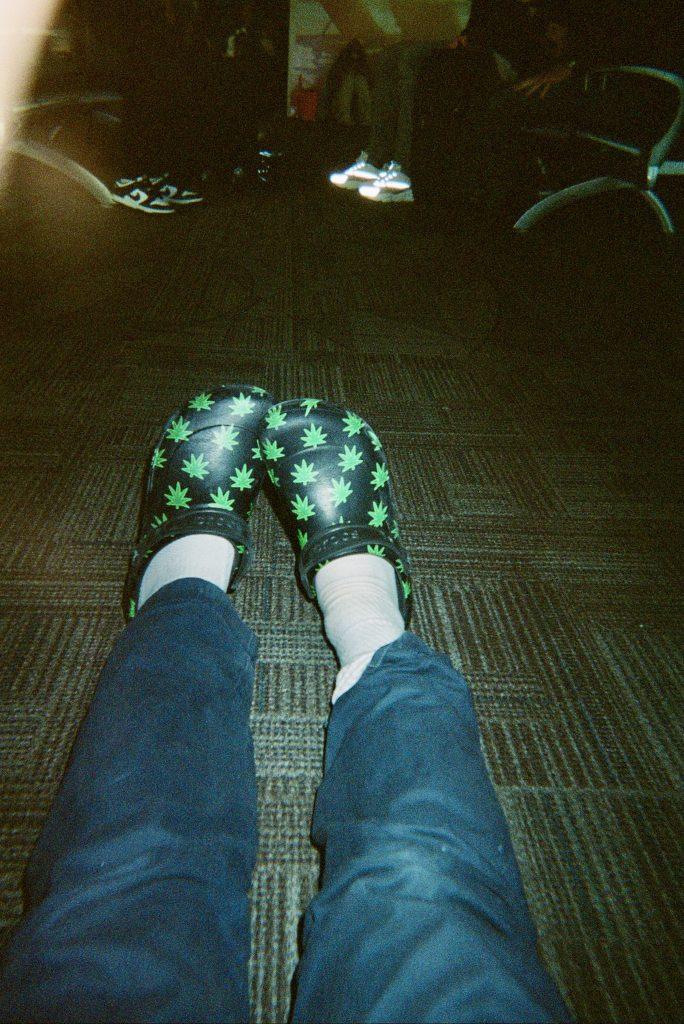 Waiting for my flight back to New York. At some point during Art Basel, I started French Tucking my right pant leg into my sock. If you go back to the photos of Danny Cole live painting, you will notice my French Tucked pant leg. 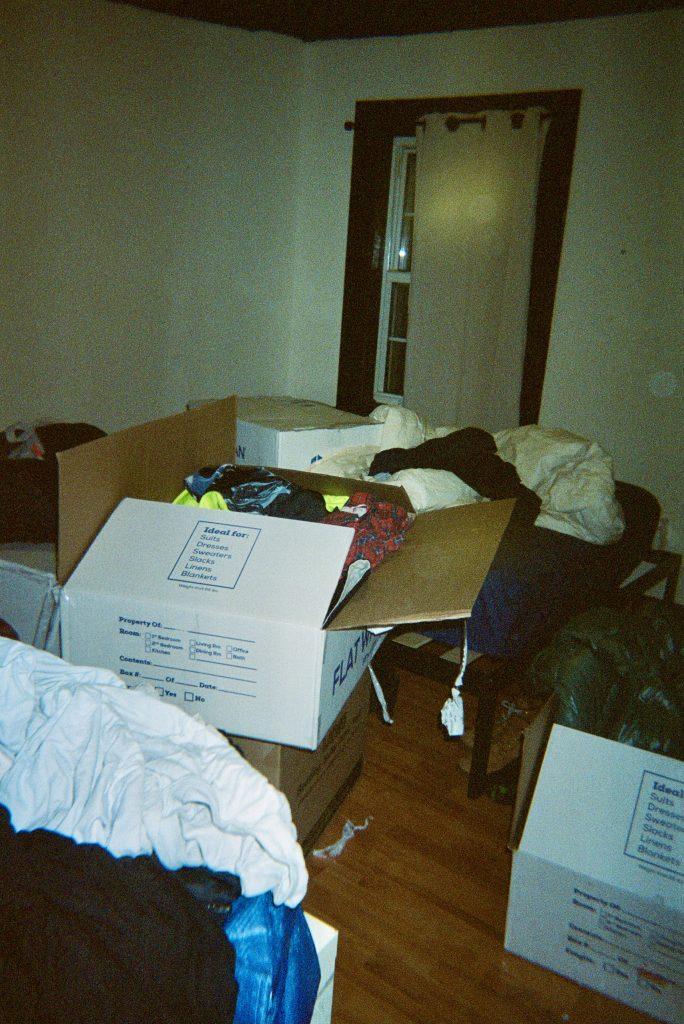 I came back to my unpacked belongings in my awesome new Bushwick apartment. 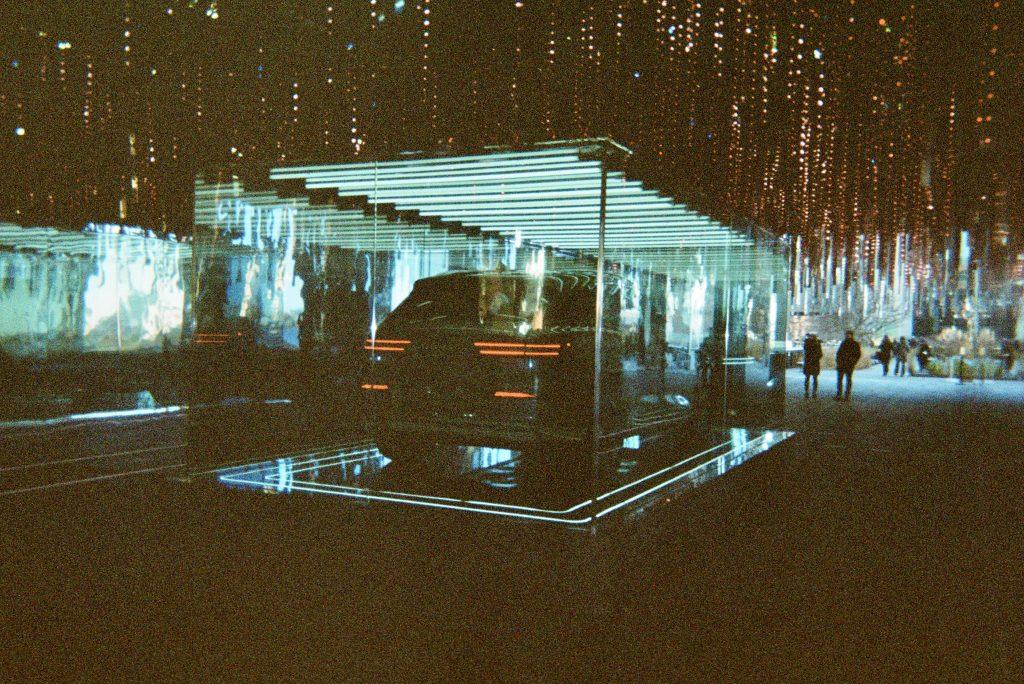 I was in the city for a couple days before a show in Philadelphia. A highlight was seeing this Art-Adjacent Display showcasing a new SUV on the High Line. 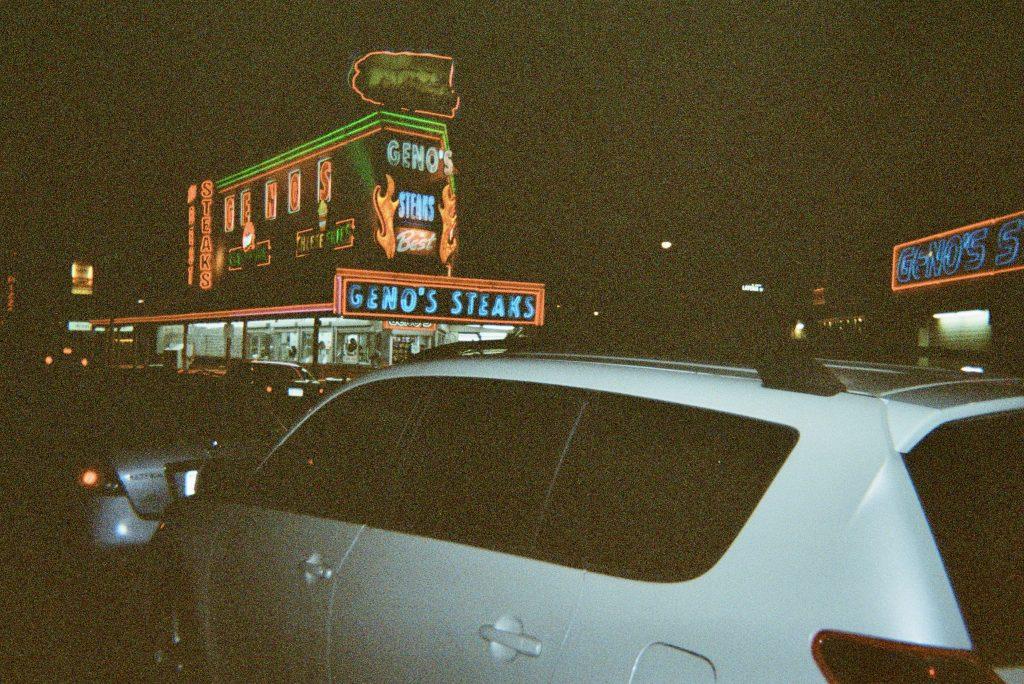 I didn’t actually eat at Geno’s Steaks because I was worried a cheesesteak dinner might mess up my Philadelphia Performance, but I thought a photo of it was a good way of entering the Philadelphia Portion of my photo essay. 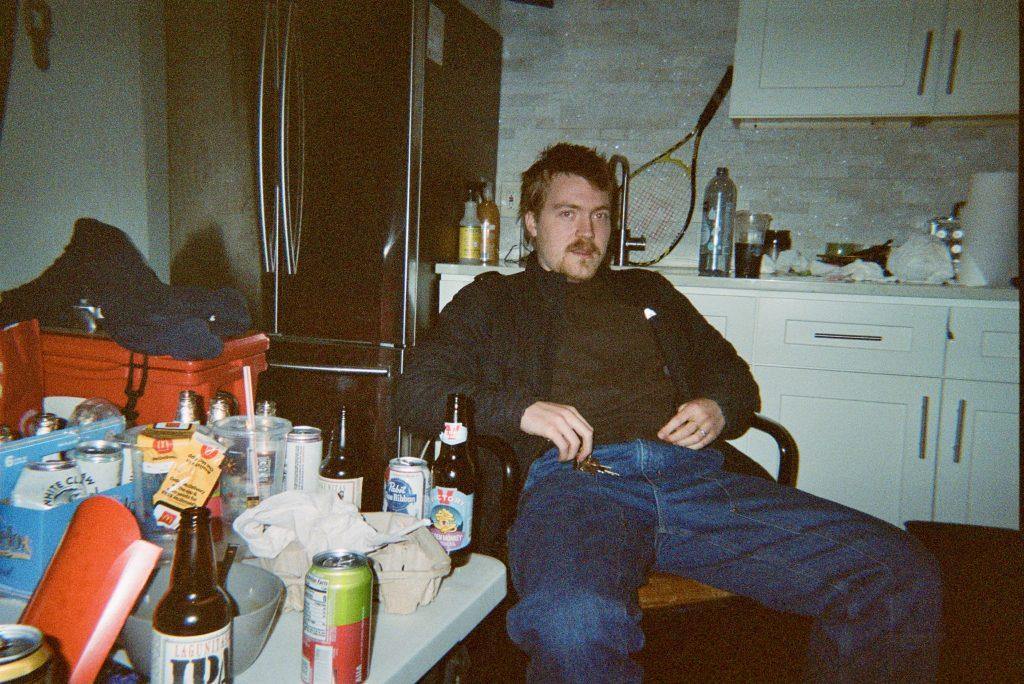 Director-cinematographer Rich Smith, with whom I collaborated on my “Dean Kissick” music video, photographed in a particularly messy Philadelphia apartment. Rich lives in Brooklyn, but was born and raised in Philadelphia, and came with me for the show. 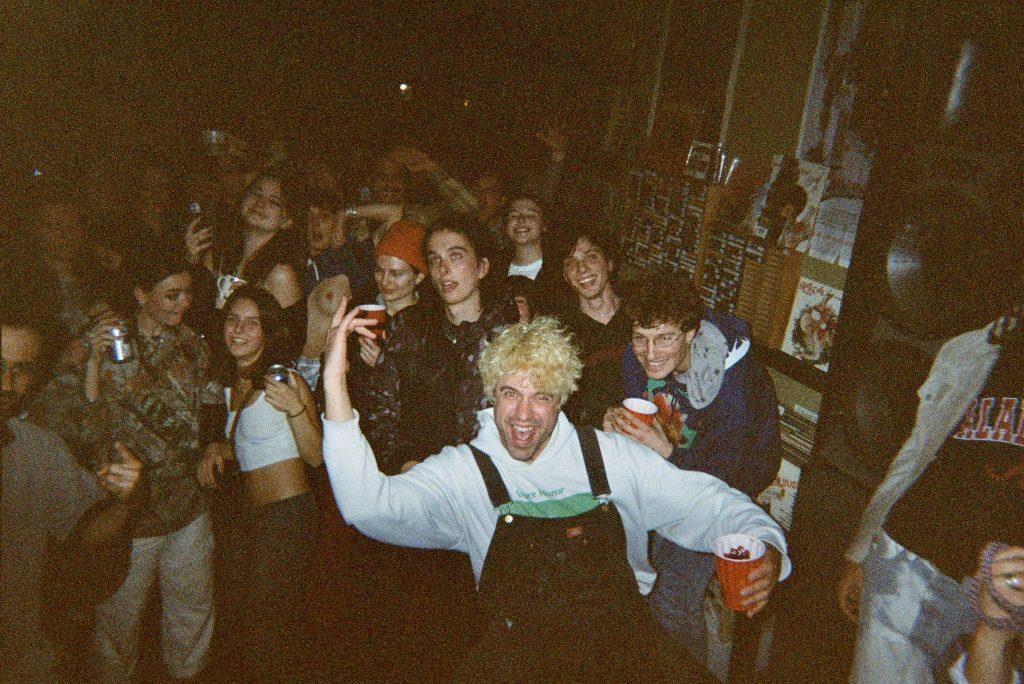 The Philly Show was fun. I played at a record store called Beautiful World Syndicate. The dude with bleached blonde hair is my friend Fred. 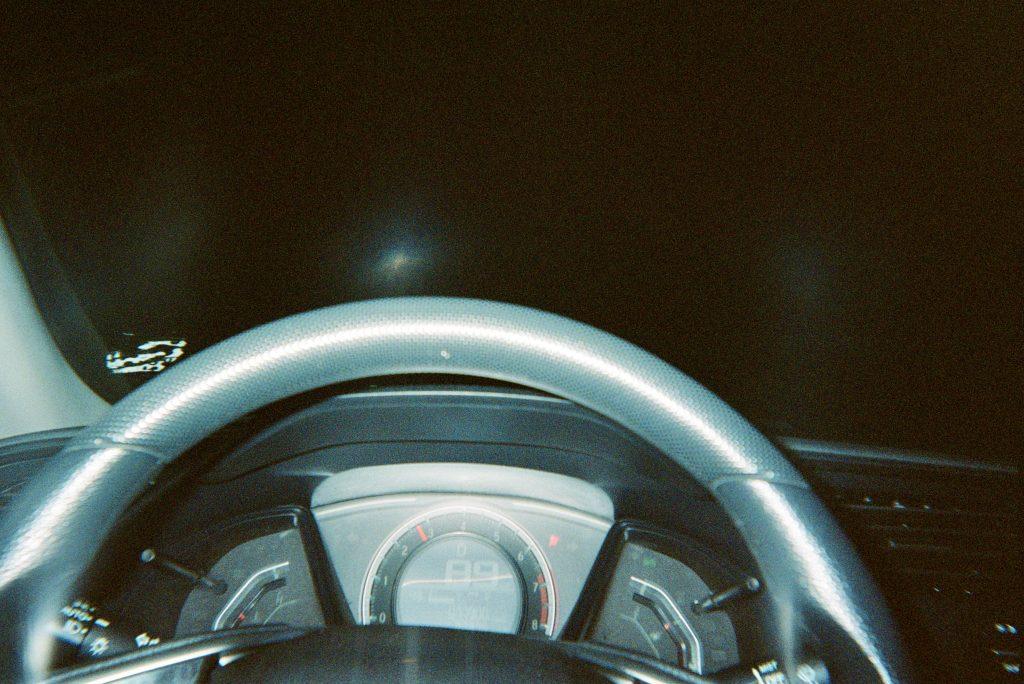 I didn’t drink in Philly because I decided to drive back to New York the same night so I could wake up in the city before a meeting the next morning. I took this photo pushing 90 on the Jersey Turnpike in my Turo-rented Honda Accord. The Purest Contemporary Americana.