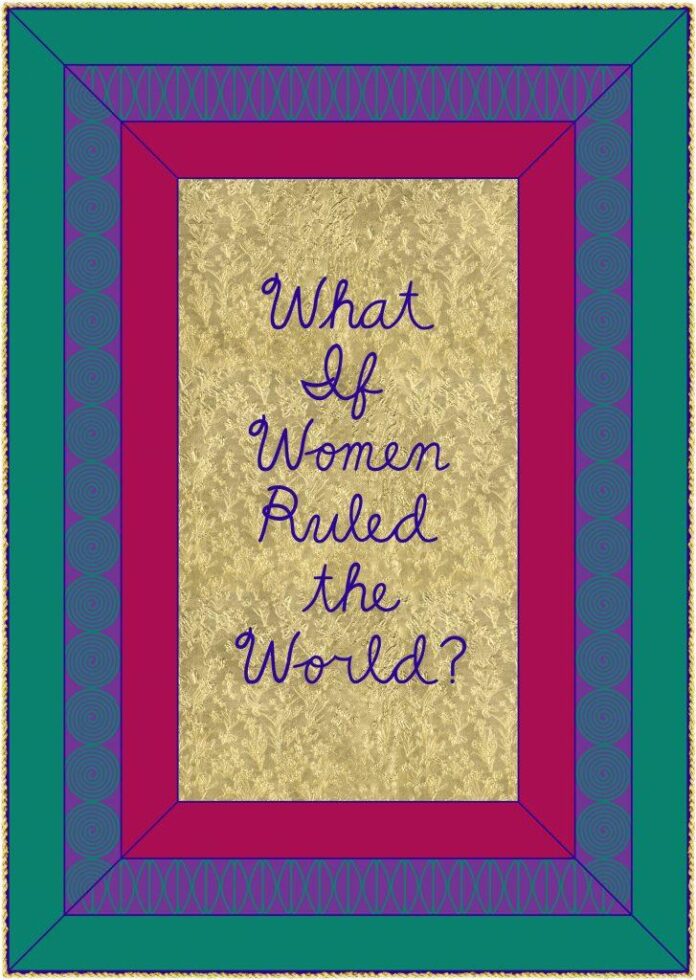 Thursday was all about an intergenerational display of feminist art activism, as Nadya Tolokonnikova of the Russian collective Pussy Riot teamed up first with Michele Pred and then with the legendary Judy Chicago on a pair of empowering Miami Art Week events.

At the ICA Miami, Tolokonnikova and Chicago were in conversation with museum director Alex Gartenfeld to unveil their new collaboration, , a participatory project inspired by textile banners bearing the title phrase that Chicago made for her 2020 Paris fashion show with Dior.

The piece, hosted on Dminti, a Web3 platform, uses the blockchain to enable the public to respond to the questions like “Would there be equal parenting?” and “Would there be private property?” that Chicago posed on her original gold, purple, magenta, and green textile works.

You can respond with an image, or in 150 characters or less, which will potentially become part of a new NFT. 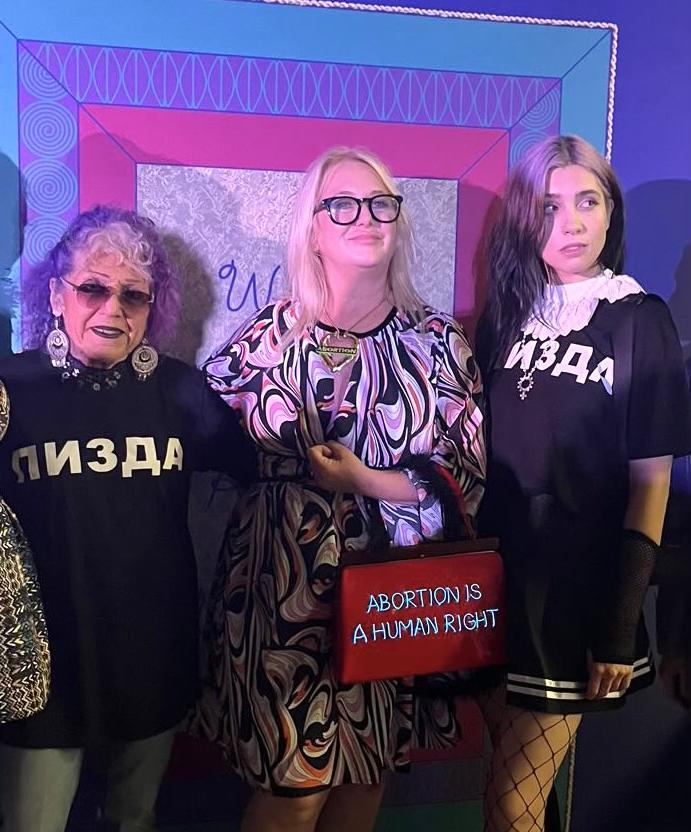 “We want men and women all over the world to think about how we can reclaim our humanity, reclaim how to talk to each other, and most importantly enough, to reclaim the planet,” Chicago said at the museum event.

The conversation was something of a mutual admiration-fest between the two women, who are separated in age by 50 years—Chicago is 83, Tolokonnikova, 33. 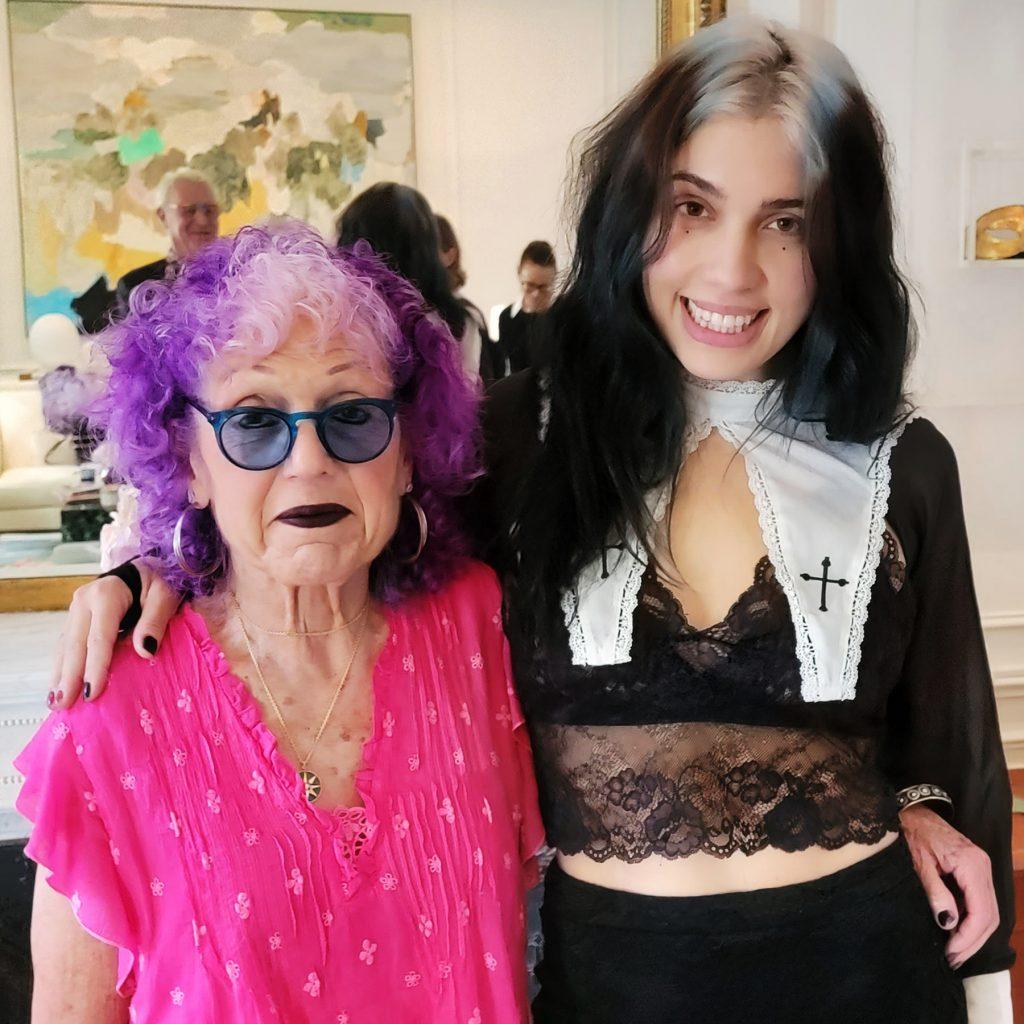 Chicago, of course, was a pioneering feminist artist, working outside the system to crowdsource the funding and labor of her groundbreaking work , meant to free women’s history from the shadows.

Tolokonnikova, meanwhile, served a two-year jail sentence in a Russian penal colony, becoming a political prisoner for staging a protest-performance at a Moscow church. 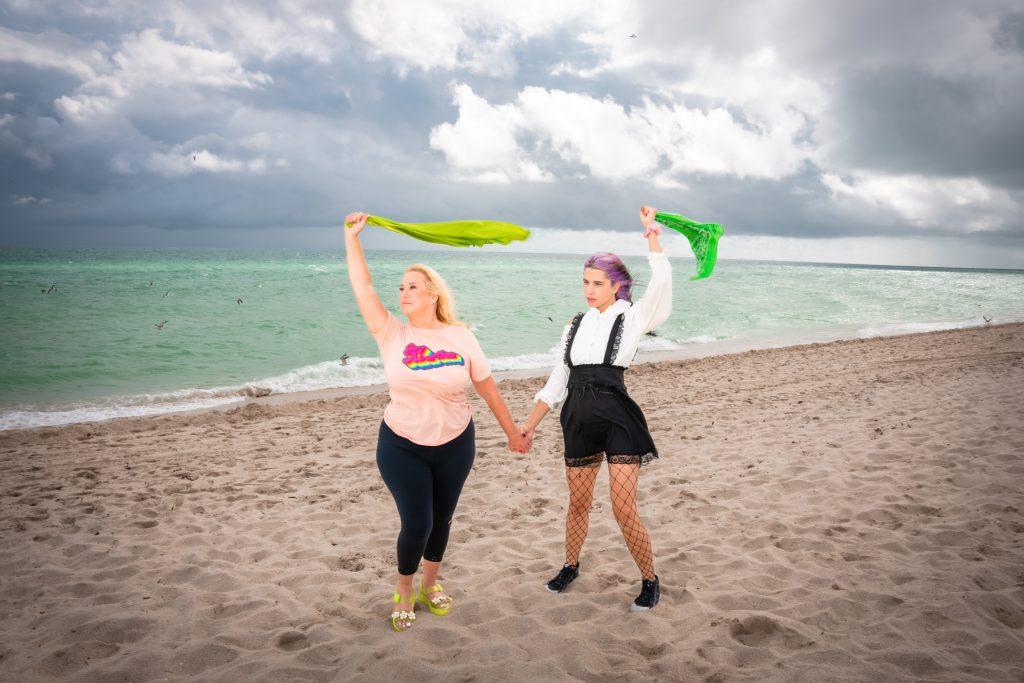 “[Judy] is the mother of all of us,” Tolokonnikova told Pred, an Oakland, California, artist in her mid-fifties, earlier that morning on a broadcast for For Freedoms TV, a project from the Hank Willis Thomas– and Eric Gottesman-founded activist art collective at the Untitled Art Miami fair.

Pred and a small army of about 15 volunteers had spent the morning collecting kelp to create a giant message in the sand reading “Abortion Is a Human Right”—the title of the piece—beneath a massive drawing of two different types of abortion pills. 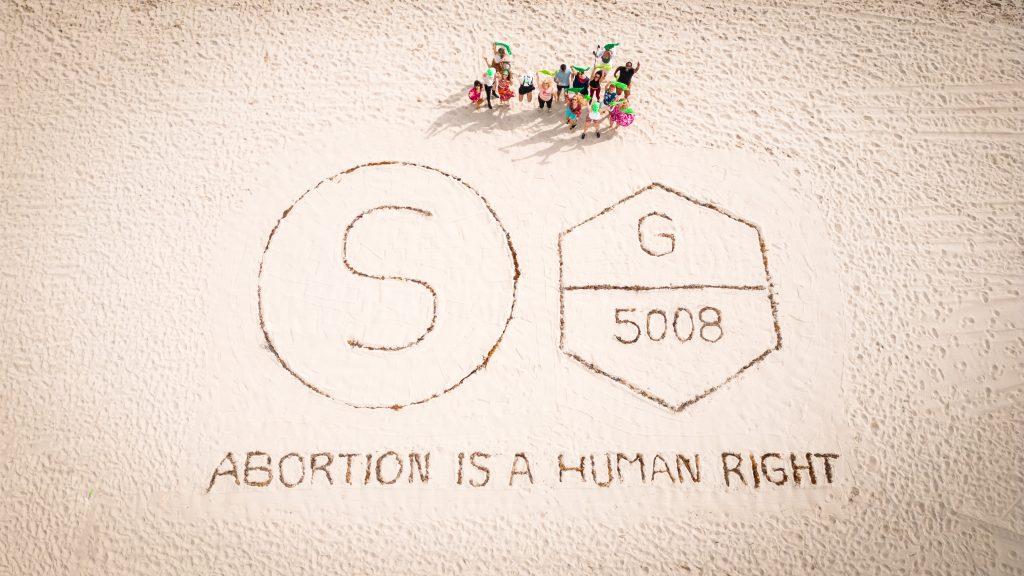 With 18 states having outlawed abortion since the overturn of the by the U.S. Supreme Court, Pred wanted to call attention to medical abortions as a safe, at-home way to terminate an unsafe or unwanted pregnancy, regardless of where you live. (Florida law outlaws abortions after 15 weeks.)

“Many people don’t know that you can buy the pills online for $150 to have them on-hand for when you might need them. Even if you live in a state where abortion is illegal, the pills are sent from out of the country, so you can’t get prosecuted,” Pred said. “And they offer financial assistance if you can’t pay.” 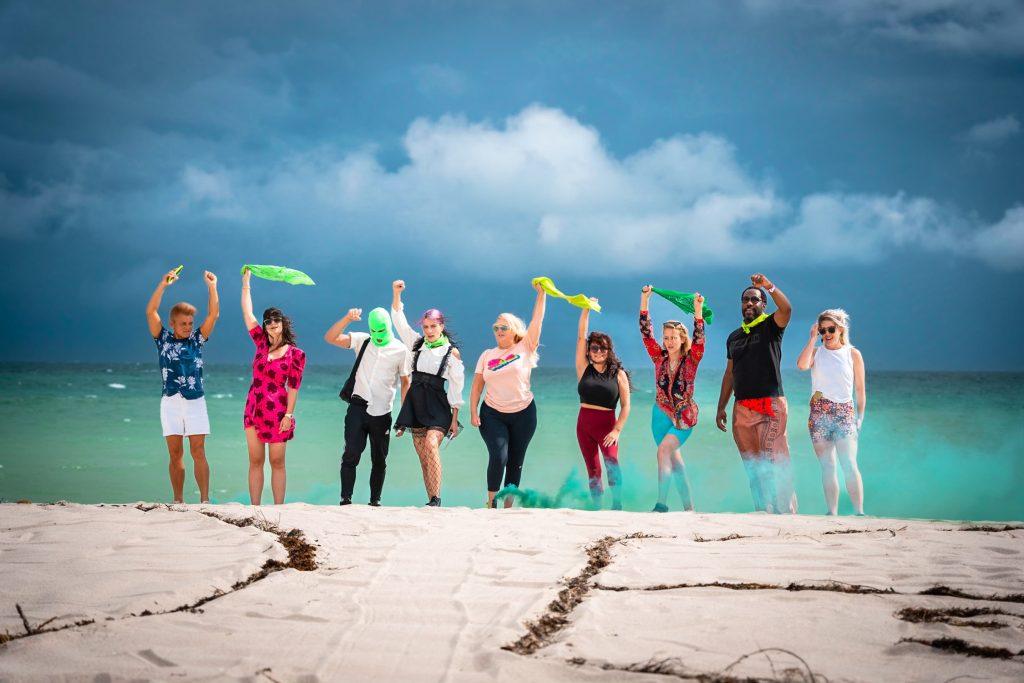 Tolokonnikova was there for the work’s completion, leading chants in support of women’s reproductive healthcare in a guttural roar as the small crowd raised their fists. A drone overhead captured the activation, which included—in a touch that recalled Chicago’s work—colored green smoke (the color of the abortion movement) streaming in the wind.

“This is the most important event in Miami this week,” Tolokonnikova told Artnet News. “I was invited to so many events with rich people this morning, but I was like, ‘no, I am going to a protest.’”