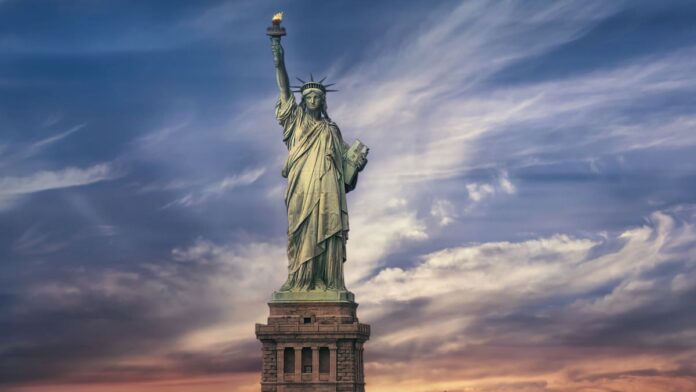 Each country has its own ancient and modern sights, which are favorite places for tourists. In addition to numerous castles, palaces, and squares, there are also monumental statues, which, as a rule, are less in demand among tourists. However, there are those that everyone should “know by sight”.

Probably, in their mystery, these monumental statues can only be compared with the Egyptian pyramids. This creation of the Moai tribe is located in Chile, on Easter Island. Stone statues are made of compressed volcanic ash and are monoliths, that is, they are not glued or fastened, but are cut from a single piece of stone. 997 Moai statues were created on Easter Island.

This is one of the tallest Buddha statues. This monumental statue for a long time was also the tallest sculptural work in the world, located in the Chinese province of Sichuan in the thickness of Lingyunshan Mountain. It took 90 years to create it, and construction work was carried out during the reign of the Tang Dynasty. The height of the statue is 71 meters. The Leshan Buddha statue is a UNESCO World Heritage Site.

A statue depicting the heroine of a fairy tale written by Hans Christian Andersen is located in Denmark, in the port of Copenhagen. Despite the fact that the height of the sculpture is only 1.25 meters, it is one of the most significant and monumental sculptures in the world. The Little Mermaid was commissioned by Carl Jacobsen (founder of Carlsberg) in 1909 after he was fascinated by the ballet of the same name.

One of the oldest monumental sculptures that have survived on Earth is located in Egypt, on the banks of the Nile River. It was carved from a monolithic rock. The reclining lion, which has the face of Pharaoh Khafre (2500 BC), is 20 meters high and 73 meters long.

The statue is located in London on Trafalgar Square. The construction of the column was carried out from 1840 to 1843 in memory of Admiral Horatio Nelson, who died in the Battle of Trafalgar. At the top of a 46-meter granite, column rises a 5.5-meter statue. Its gaze is fixed to the south, to the place where the British Navy ship, Nelson’s flagship, stands. There is evidence that Hitler planned, with the successful capture of Great Britain, to take the sculpture to Berlin.

The Statue of Liberty

One of the most monumental statues rises in the USA on Liberty Island. It is a symbol of New York, democracy, and freedom. An interesting fact is that the main symbol of the United States was built and presented to the American people by the French.

Manneken Pis is the most famous landmark in Brussels. The circumstances under which the statute arose are not exactly known. According to legend, the statue was erected in memory of a boy who extinguished the ammunition laid out by the enemies under the city walls with a stream of urine and thereby saved the city.

The statue is located in Nepal. The construction of this statue was completed just a few years ago. It is one of the most monumental statues in the world, the tallest statue of the god Shiva, and one of the modern sights of Nepal.

An ancient Greek sculpture of the goddess Aphrodite, created between 130 and 100 BC, is in the Louvre. Broken hands give her a special flavor. Venus de Milo is one of the most famous statues in the whole world.