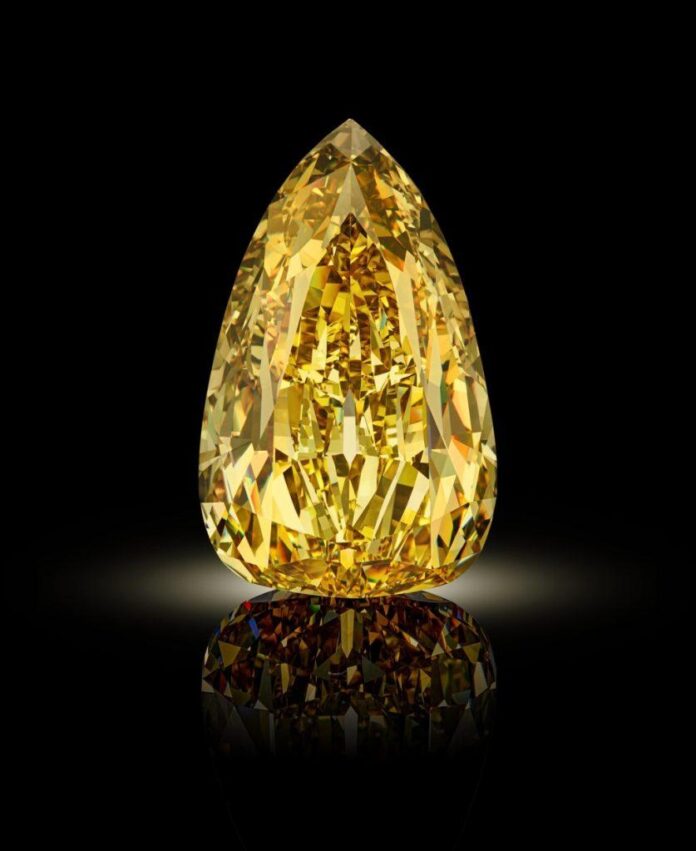 New York City sure gets glittery this time of year, and the city’s auction houses—Sotheby’s, Christie’s, Bonhams, and Phillips—are offering fine jewel sales for even more ways to sparkle. All the houses offer live viewing and live auctions, so feel free to lose yourself in the glowing goodness.

Sotheby’s New York presents Magnificent Jewels, on view live November 30–December 6, 2022 with a live auction December 7. Leading this event is the Golden Canary, the largest “internally flawless” diamond ever graded by the Gemological Institute of America. It’s pear-shaped, fancy (diamond talk for colors beyond a certain range), deep brownish-yellow, and weighs 303.10 carats. It comes from an 890-carat rough diamond found by a little girl in the 1980s, who saw the large, colored stone while playing near her uncle’s home in the Democratic Republic of Congo. Local miners had discarded it as too bulky to contain a diamond. So let’s hear it for the wisdom of children! It’s estimated to sell for $15,000,000–$20,000,000. 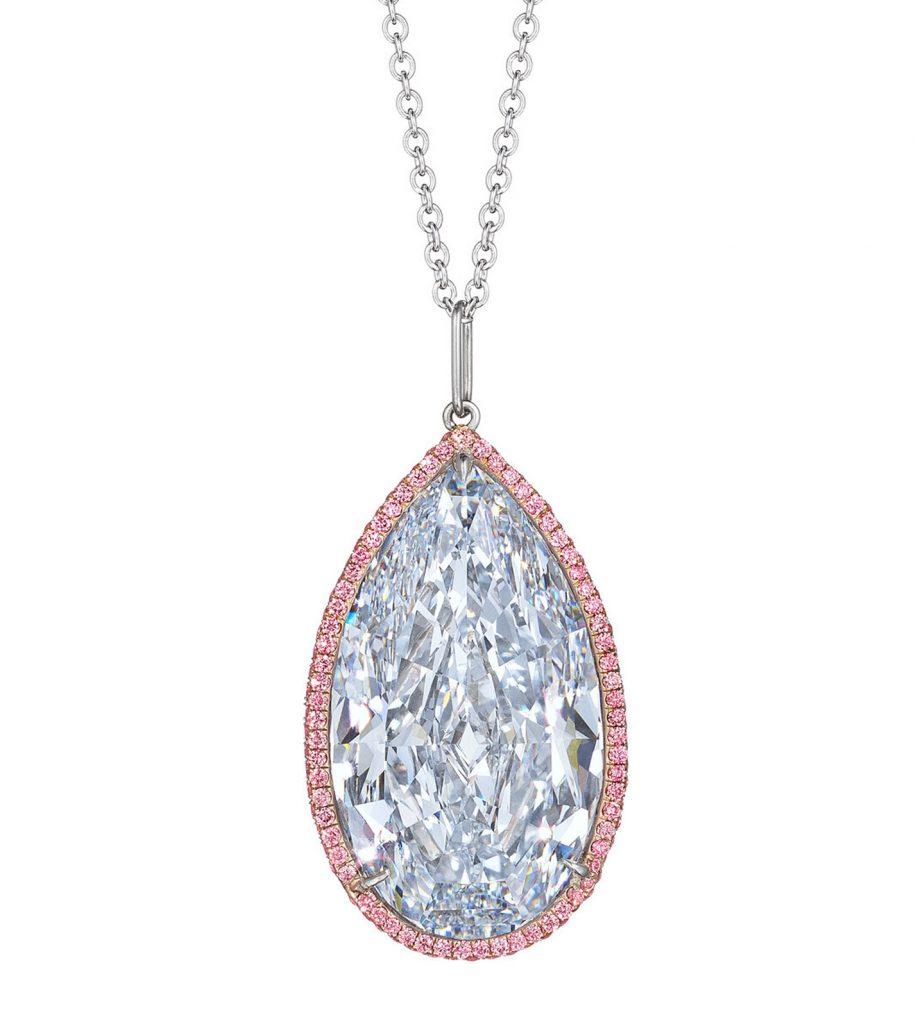 Christie’s New York brings its own version of Magnificent Jewels, with live viewing December 2–5 and a live auction December 6. Of note in this lot, a rare colored diamond and pendant necklace featuring a fancy blue pear modified brilliant-cut diamond of 31.62 carats, round diamonds and pink diamonds, platinum and rose gold. The GIA lists the symmetry and polish of this precious gemstone as very good. The piece is estimated to grab $10,000,000–$15,000,000.

Bonhams New York is showing New York Jewels, on view December 1–5 with a live auction December 5. Taking center stage is a Magnificent Diamond Ring with a pear-shaped diamond weighing approximately 13.70 carats, and mounted in platinum. According to GIA records, this is an 11a diamond, the most chemically pure type of diamond that contains little if any nitrogen. The ring is a size 5.25 and expected to yield $600,000–$800,000. 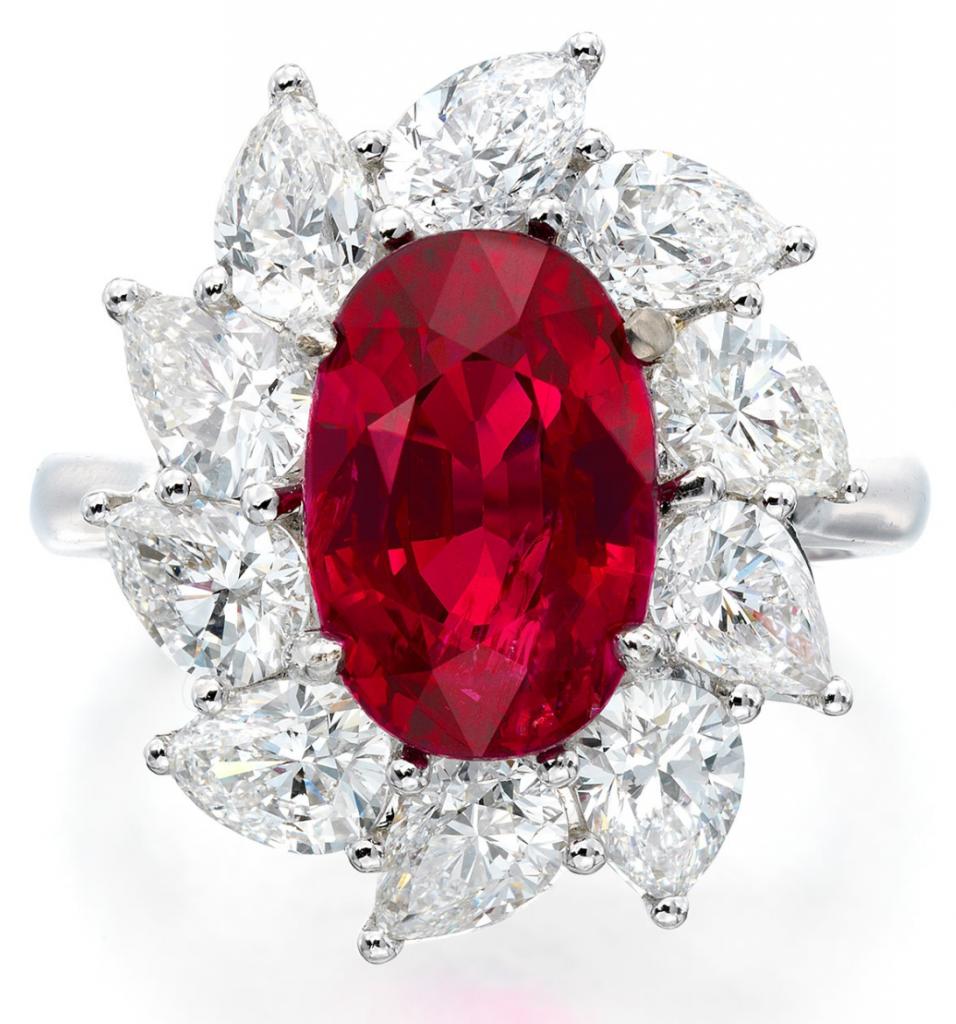 Phillips New York offers its Jewels auction on December 13, with viewing December 6–12. If there’s one color that says “holidays,” it’s red, and the auction house delivers with its exceptional ruby and diamond ring known as The Red Dragon. It’s set with an oval ruby weighing 6.44 carats within a frame of pear-shaped diamonds, and it’s mounted in 18k white gold. According to a report from the Swiss Foundation for the Research of Gemstones, the ruby is of Burmese (Myanmar) origin, with no indications of heating. This fits a size 7.5 and is estimated to fetch $1,000,000–1,500,000.