Home News How Artists Matthew Barney and Michaël Borremans Found Themselves Swept Up in... 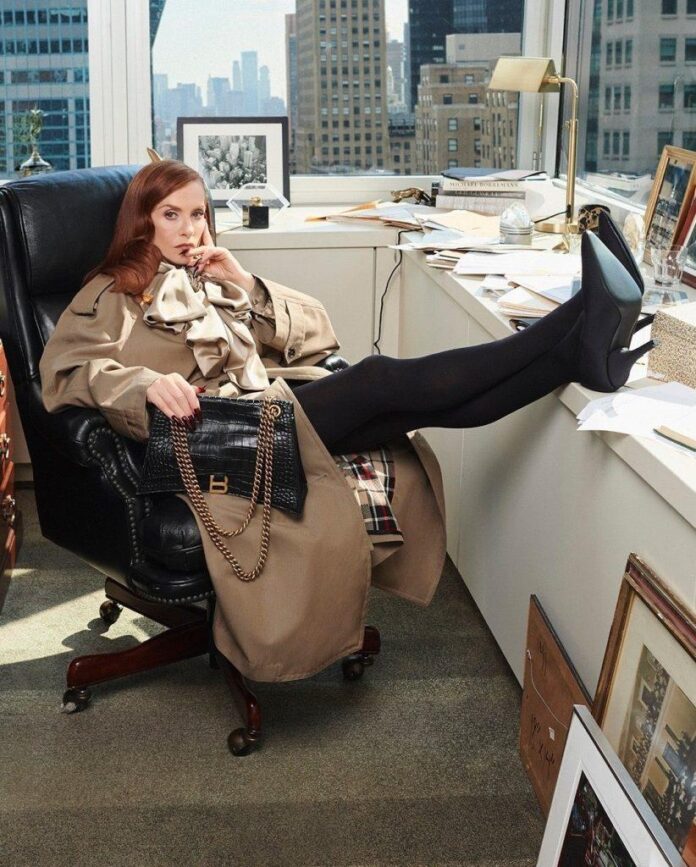 Two well-known artists have become implicated in the second wave of scandal surrounding a recent Balenciaga ad campaign, as some have pointed to their work as evidence of the fashion brand’s supposed promotion of child exploitation.

On November 21, Balenciaga released images from its 2023 Garde-Robe advertising campaign, which cast Nicole Kidman, Isabelle Huppert, and Bella Hadid in seemingly innocuous office settings. But eagled-eyed social media users pointed out that one shot included a printed-out copy of the Supreme Court’s 2008 decision in U.S. v. Williams, which held that the promotion of child pornography is not protected under the first amendment.

Included in the background of another image from the same campaign was a pair of art books: Matthew Barney’s , and Michaël Borremans’s .

The latter, a 2014 title, compiles more than 100 works made by Borremans over a 14-year period. The Belgian artist is known for unsettling imagery, particularly his 2018 series Fire from the Sun, which depicts “toddlers engaged in playful but mysterious acts with sinister overtones and insinuations of violence,” according to his New York dealer, David Zwirner.

Conspiracy-minded people online drew connections between the court document and Barney and Borremans’s books, suggesting that a hidden message about child abuse was embedded in the fashion brand’s promotional material.

Representatives for Barney and Borremans did not immediately respond to requests for comment.

The brand’s Gift Shop campaign, released November 16, depicted young children holding handbags made from destroyed teddy bears dressed in bondage attire. It too drew provoked outrage from scores of people online who decried the use of children in adult-themed settings. Social media users took to their accounts to post videos of them protesting at Balenciaga stores and burning the brand’s apparel.

The company quickly removed both series of advertisements from its platforms. An apology for the Gift Shop campaign was posted on Balenciaga’s Instagram on November 24. “We sincerely apologize for any offense our holiday campaign may have caused,” the statement said. “Our plush bear bags should not have been featured with children in this campaign.”

A second apology addressing the Garde-Robe images was published hours later. “We apologize for displaying unsettling documents in our campaign,” it read. “We take this matter very seriously and are taking legal action against the parties responsible for creating the set and including unapproved items for our Spring ’23 campaign photo shoot. We strongly condemn abuse of children in any form. We stand for children’s safety and well-being.”

The next day, Balenciaga filed a $25 million lawsuit against designer Nicholas Des Jardins and the production company North Six, which decorated the set for the Garde-Robe campaign.

This week, the fashion brand posted another, longer apology to its Instagram channel, saying that the two ad campaigns “reflect a series of grievous errors for which Balenciaga takes responsibility.” The statement explained that “all the items” included in the Garde-Robe photo shoot were “provided by third parties that confirmed in writing that these props were fake office documents. They turned out to be real legal papers most likely coming from the filming of a television drama.”

The company said it takes accountability for its “lack of oversight” and claimed that it is “laying the groundwork with organizations that specialize in child protection.”