Home News To Cope With the Crypto Crash, Some NFT Collectors Are Literally Howling... 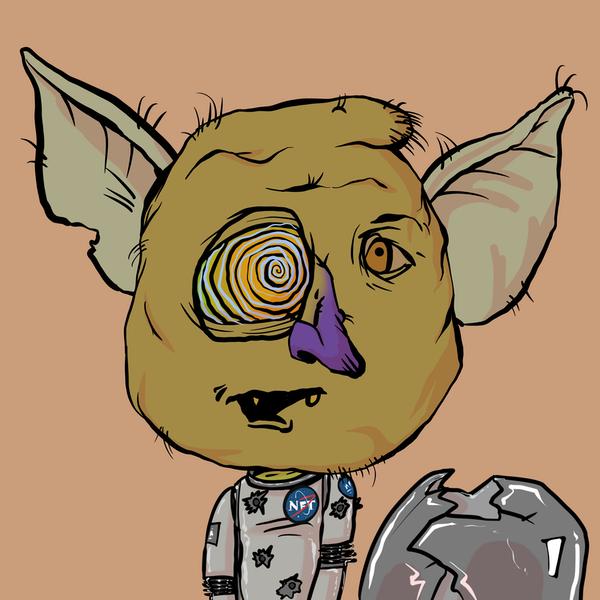 With crypto prices down nearly 70 percent since their peak in November 2021, some are taking to creative—and frankly hilarious—ways at voicing their displeasure.

Then, seemingly inspired by that project, the Bear Market Screaming Therapy Group on Telegram became a viral sensation where members post their own screeches, moans, and wails as a way to cope after several consecutive months of getting “rekt” (crypto parlance for “wrecked”) in the market.

The Goblintown project, which claims it has no roadmap and no utility, consists of 9,999 generative NFTs. Since launching in May on OpenSea, the collection has so far vastly outperformed the slumping NFT market as a whole, beating out several major “blue-chip” collections like Bored Ape Yacht Club, Moonbirds, and Clone X in trading volume.

“The fact the guys from the project all use voice synth to sound like Goblins in their twitter spaces just adds to the mystery,” said Goblintown holder dgen.eth in a DM to Decrypt last month.

At its peak in June, Goblintown NFTs boasted a floor price of 5.5 ETH (about $5,500), which has since gone down to 3.39 ETH (about $3,390). Floor prices and trading volume aside, the NFTs signal what many see as a wider cultural shift in the crypto space toward meme-inspired artworks with little meaning, logic, or utility.

There are also rumors that the prominent digital artist Beeple has a stake in Goblintown, evidenced in a cryptic tweet last month by Gordon Goner, one of the founders of Yuga Labs (the web3 company behind Bored Apes and CryptoPunks):

This guy with great hair showed up to dinner and started making goblin sounds. What does it mean? pic.twitter.com/5Qqt0X0wS9

Adding to the mystery is that one of Yuga Lab’s new brand leads, Noah Davis, who up until recently had been the head honcho of NFTs at Christie’s (who was in charge of $69.3 million sale of Beeple’s ), has his own NFT collection, ambiguously titled Howlerz.

At its most primal, the acoustic demarcation of this new screamscape is just the latest manifestation of a crypto-sphere seemingly obsessed with memes and “degen” culture (short for “degenerate”).

The Bear Market Screaming Therapy Group’s featured image is that of an angry Pepe the Frog known simply as “REEEEEE,” which, according to the definitive source on the subject, Know Your Meme, refers to “an onomatopoeic expression of intense rage or frustration.”

So far, however, it’s unclear whether Beeple or Yuga Labs have taken part in either the NFT or the Telegram group, nor if the Edward Munch estate has given its blessing, but it’s safe to say that the agonizing calls have become a new mode of blockchain utility and expressionism.