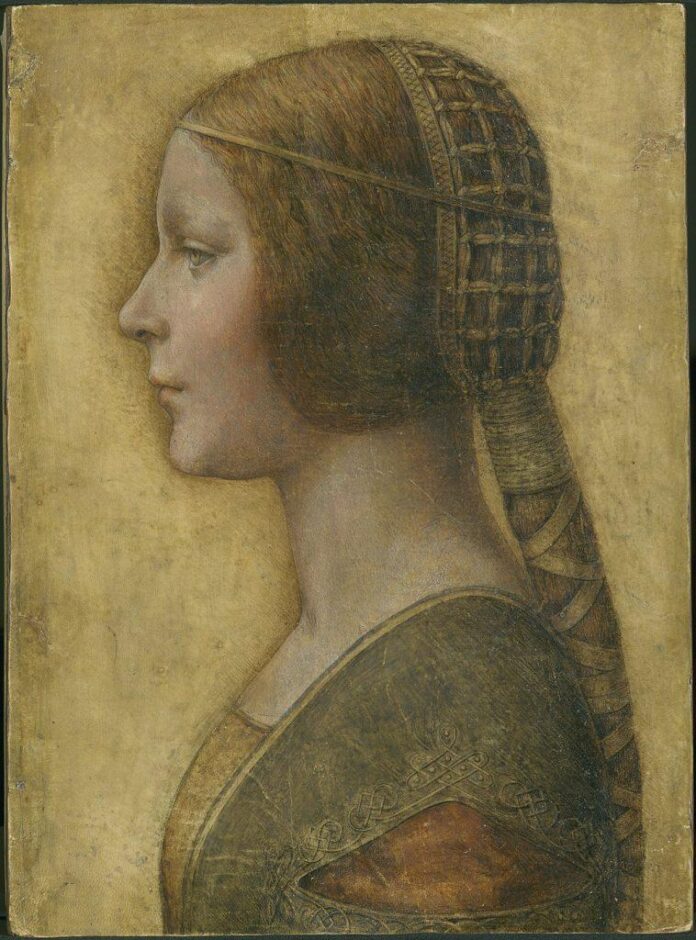 In April, the NFT platform MakersPlace sold an NFT of a painting supposedly by Leonardo da Vinci for $104,000. But the original work has a rather dubious history, leading to new speculation on what the value of a derivative NFT might be.

The original painting, La Bella Principessa (1495-96), shows a young woman with braided hair in a profile position. The figure is thought to depict Bianca Sforza, the illegitimate daughter of Ludovico Sforza, a powerful Milanese merchant who was one of Leonardo’s greatest patrons, having commissioned the fresco of The Last Supper, among other works.

The NFT, meanwhile, consists of a 500 million-pixel hologram encased in crystal. It sold to the pseudonymous collector known as @ModeratsArt, who in addition to the Principessa owns notable CryptoPunks and Bored Ape NFTs.

The last time the Principessa painting was seen in public was in 1998, when Christie’s sold it to art dealer Peter Silverman for $22,000. Since then, few have been able to see, much less analyze, the work. One notable exception is Pascal Cotte, who founded the French multispectral-scanning company Lumière Technology and claims to have found a fingerprint linking the painting to Leonardo himself.

Those findings were in turn authenticated by Martin Kemp, a Leonardo expert, who gave the work his stamp of approval in the book La Bella Principesssa: The Profile Portrait of a Milanese Woman, published in 2010.

Soon after that was published, however, the notorious art forger Shaun Greenhalgh, who served a prison sentence from 2007 to 2012 for his crimes, claimed he was the artist behind the painting, casting further doubts over the work’s provenance and authenticity.

Despite this controversy, MakersPlace, which took a 15 percent cut of the sale, advertised the work (and the resulting NFT) as an original and described it as “verified.”

Caitlin Cruickshank, who helped put the deal together for MakersPlace, recently told the Art Newspaper that while she was not able to confirm or deny whether the NFT was based on the multi-spectral scan by Lumière Technology, she did say that the company was in talks with Lumière for “future projects.”

All of this has led some to wonder what the true value of the NFT could be if the original is, well, unoriginal.

Another French Museum Loses a Senior Leader to the Private Sector—But Could That Actually Be Good for the Cultural Ecosystem?