Home News Tokyo Is Expanding Its Footprint in the Global Art Market. Here Are... 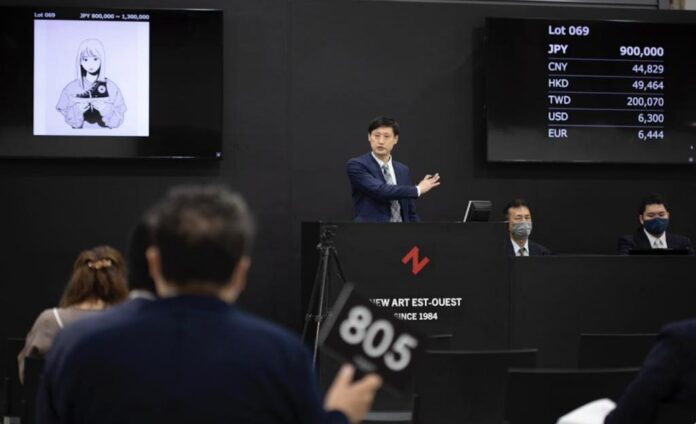 While the forecast of economic growth has dimmed and the yen is likely weakening, Japan’s disproportionately small art market may yet be finding its way.

Data from the Artnet Price Database show that the annual total sales at domestic auction houses in Japan more than doubled in the past decade, from $92.9 million in 2012 to $218.6 million in 2021, and the figure could reach a new high this year. Auction houses Sotheby’s, Christie’s, and Phillips all witnessed a surge in bidders and buyers from Japan.

Meanwhile, the Art Collaboration Kyoto fair returns for a second edition this week. Featuring 64 galleries, the modest fair operates on a host-guest system, where 29 Japanese galleries share booths with 29 galleries from overseas (12 from North America, nine from Europe, and eight from Asia).

Expectations are even higher for Tokyo, which is home to nearly 14 million people. New market initiatives such as Art Week Tokyo, which brought international VIPs through the network of Art Basel, and next year’s launch of the fair Tokyo Gendai have brought new expectations to the country, where the economy has long stagnated in the so-called Lost Decades since the asset price bubble burst of 1991.

Here are some of the key players who are in the process of reinventing Tokyo’s art scene. 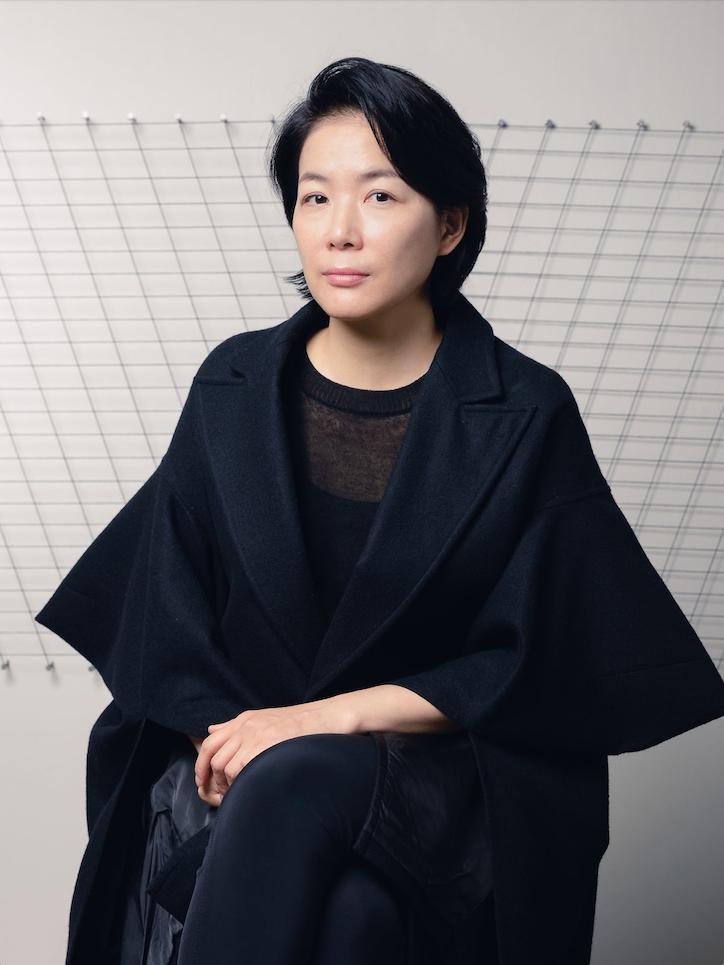 The owner and director of Tokyo-based gallery Take Ninagawa is no ordinary gallerist. Since founding the gallery in 2008, Atsuko Ninagawa has promoted emerging and historically important artists who might have been overlooked on the international market. Examples include Japanese artist Shinro Ohtake, who is currently featured in a major retrospective showcasing 500 works at the National Museum of Modern Art, Tokyo, and pioneering poet-artist Gozo Yoshimasu. Ninagawa is on the selection committee of Art Basel Hong Kong, and is a collaborator behind South South, an online platform championing art from the Global South.

Most recently, the 45-year-old dealer co-founded Art Week Tokyo, an initiative that this year brought together 51  galleries and institutions to boost the exposure of contemporary art galleries and draw new audiences, particularly young, emerging collectors. Her next ambition is to turn Art Week Tokyo into a platform that can provide information and education to art lovers and collectors.

“What I wanted to create is deeper relationships and deeper understanding of art,” Ninagawa told Artnet News. 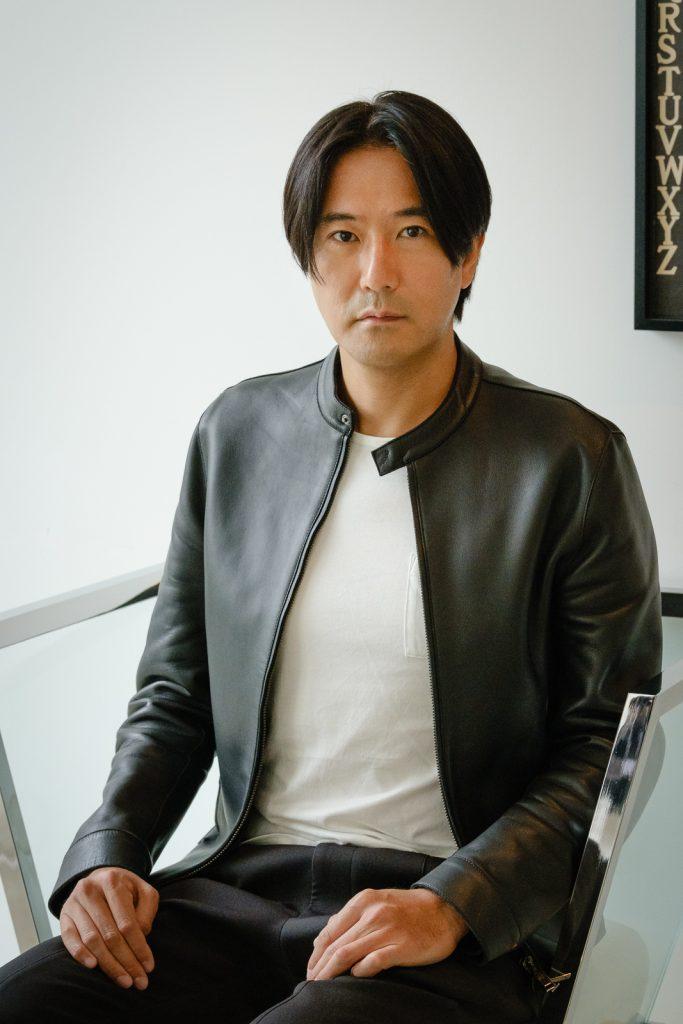 Kazunari Shirai wears many hats. He’s the CEO of asset management company Sequedge Group, the owner of publisher Jitsugyo no Nihon Sha, founder of the social welfare corporation Zenkoukai, and an author specializing in business and economics. The 50-year-old is also an avid collector and art lover. His collection boasts 300 artworks by Yayoi Kusama, Louise Bourgeois, Wolfgang Tillmans, William Kentridge, and Cornelia Parker, among others. He also owns many collectible motorcycles, including a fancy Aston Martin superbike.

He co-founded the Japan Contemporary Art Platform, which runs Art Week Tokyo, with an ambition to “bridge the gap between the international art world and the domestic market,” Shirai told Artnet News. “We want more and more people to come from overseas, to be creative, and to create an international edge for the Japanese art scene.” 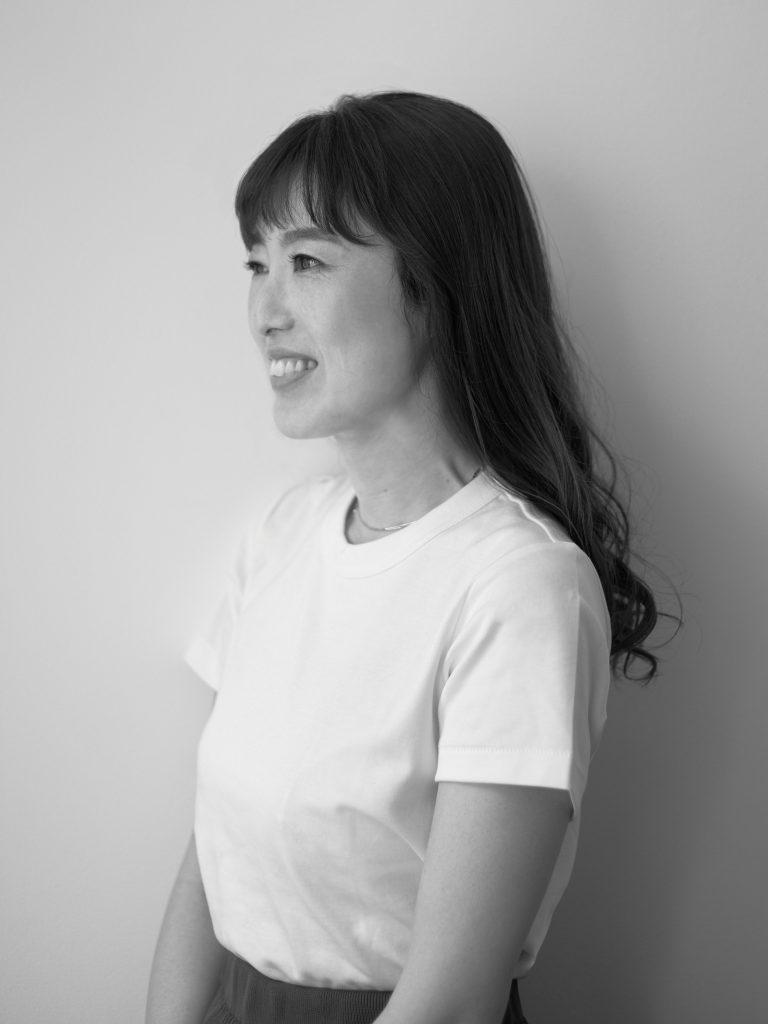 Eri Takane previously worked as an independent art consultant for leading international artists, collectors, and corporations, including Google Arts and Culture’s Japan division. Takane has a wealth of experience across the art sector in Japan that has seen her work as the art director at Sezon Art Gallery in Tokyo as well as the host of Tokyo FM radio program Sustainadays. During her 13 years living in New York, she worked at the Japan Foundation to provide funding for nonprofit art organizations in the U.S.

“In the past five years, we have been encouraged to see a younger generation of collectors becoming actively engaged in the market,” Takane told Artnet News. “With the launch of Tokyo Gendai we are looking forward to providing an opportunity for young collectors to discover and experience for themselves some of the most exciting contemporary art from across the world, right on their doorstep.” 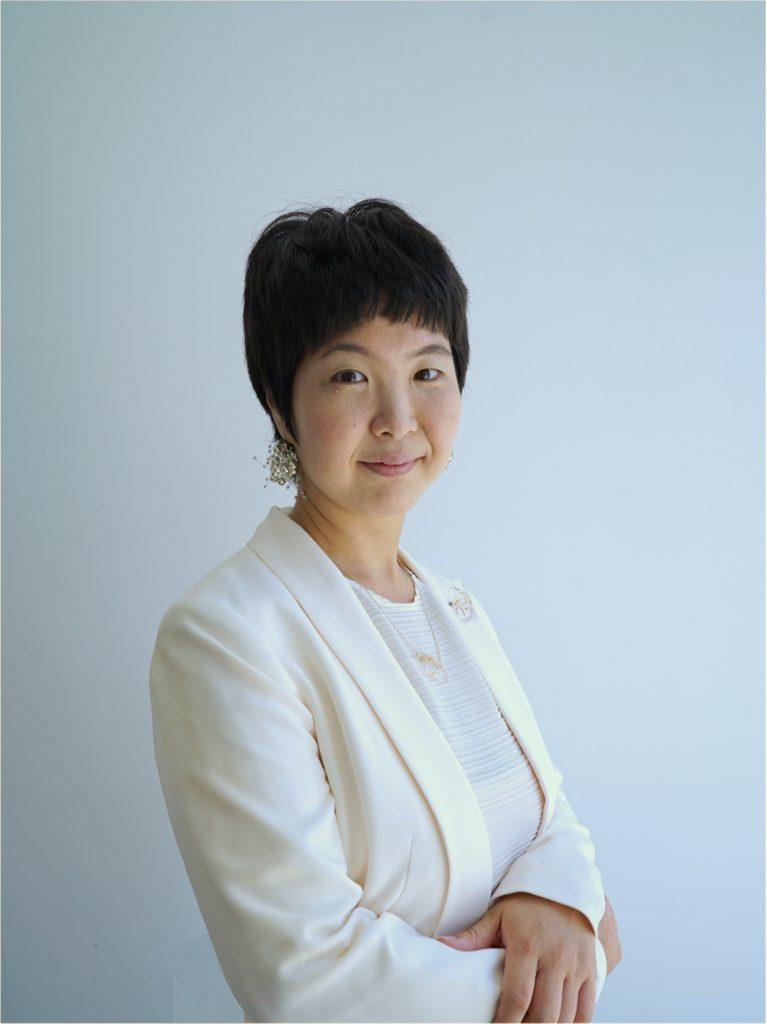 Kana Kawanishi founded her namesake Kana Kawanishi Gallery in 2015 following stints in artist management and museum exhibition planning. The gallerist is dedicated to promoting contemporary art, particularly photography, which remains a local niche, despite the fact that Japan has been home to some of the world’s most famous photography artists and state-of-art printing technologies. Valuable prints are mainly sold in Europe and the U.S. because of the lack of a local market, while many photo fairs in Japan have been short-lived.

In addition to the gallery’s main space in Kiyosumi Shirakawa, Kawanishi keeps a satellite gallery in Nishiazabu to showcase only contemporary photography. She is also the founder of the Hibiya Okuroji Art Fair, which debuted in March as a satellite event around Art Fair Tokyo; the ancillary Hibiya Okuroji Photo Fair, held its first edition in October.

“The inaugural edition was a great success,” she told Artnet News. “Our most ambitious aim is to not disappear like other [photo] fairs, which disappeared after approximately three editions or so. I’m taking care of the fair’s structure so that it would be sustainable.” 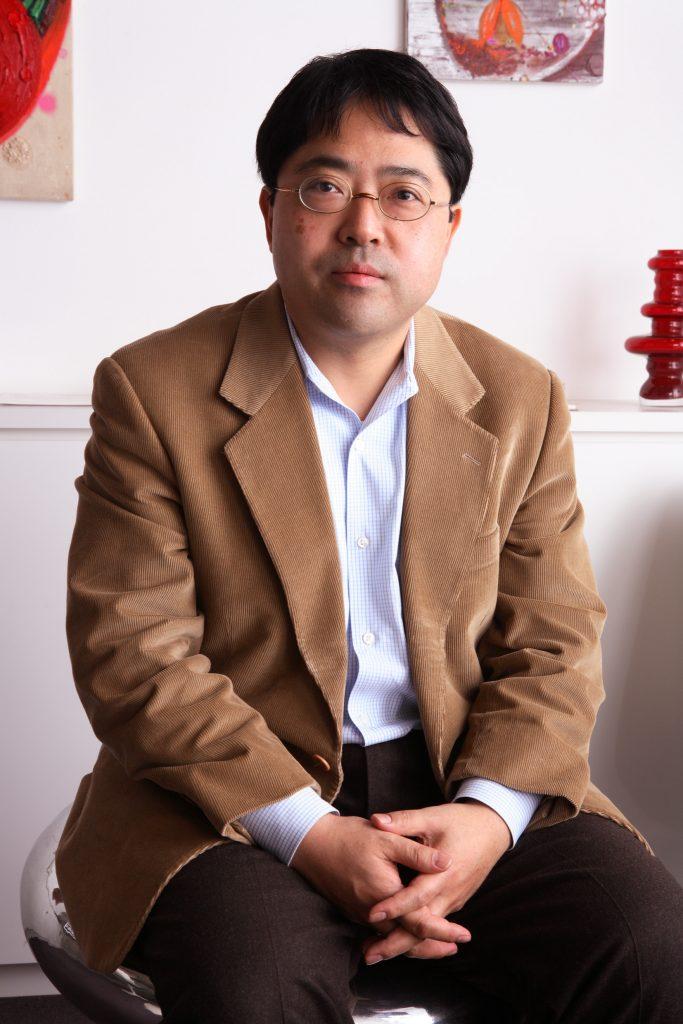 Tomio Koyama opened his eponymous gallery in Tokyo in 1996 after working at contemporary art galleries such as Nishimura Gallery and Shiraishi Contemporary Art. During the early days of his gallery, he showed works by artists such as Yoshitomo Nara and Takashi Murakami, which went on to become some of the world’s most famous artists, and helped define contemporary art from Japan.

A veteran of the Tokyo scene, Koyama, the representative director of the Contemporary Art Dealers Association Nippon and a committee of Japan Art Dealers’ Association, believes that his hometown has great potential to become an art hub, with one major hurdle to overcome: taxes. “We need some changes in order to successfully host international art fairs, like revising our tax system in order to encourage domestic collectors to buy, as has been done in South Korea and Taiwan, as well as making the communication smooth between different sectors,” Koyama told Artnet News. 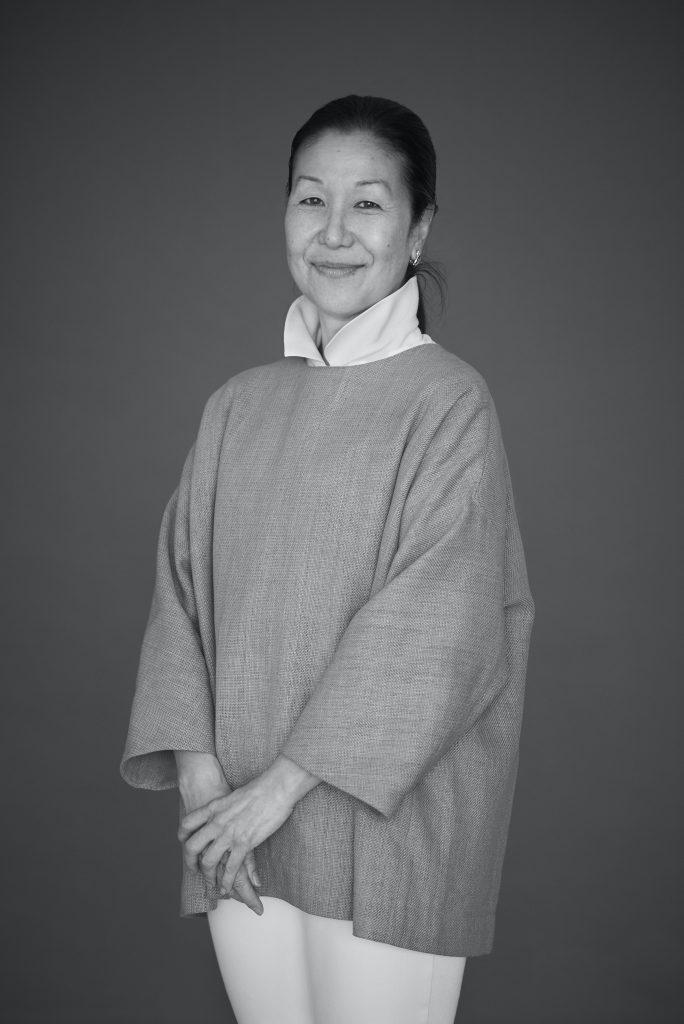 Born in Tokyo’s Ginza in 1952, Atsuko Koyanagi grew up in a family that runs a traditional ceramics shop dating back to 1852. Prior to establishing her own space, Gallery Koyanagi. in 1995, the gallerist  worked in a variety of fields and roles, but all with close ties to aesthetics: as an editor for fashion magazines, in the office of art director Kazuko Koike, and at the Seibu Museum of Art and Kyoto Costume Institute. Together with Koike, Koyanagi played a part in Sagacho Exhibit Space, Japan’s first alternative space that ran from 1983 to 2000.

At Gallery Koyanagi, the dealer presents contemporary art by figures including Hiroshi Sugimoto, Marlene Dumas, Sophie Calle, and Christian Marclay. After 15 years of showing at Art Basel, the veteran gallerist said she “retired” from art fairs” in 2015 as she took over the role of the chair of the board of Odawara Art Foundation, founded by Sugimoto. Rather than frequently traveling abroad like she did in the past, she now prefers welcoming guests from abroad to see her gallery.

“I want to present the Japanese aesthetics, to show people how we present art in our own space,” Koyanagi told Artnet News. 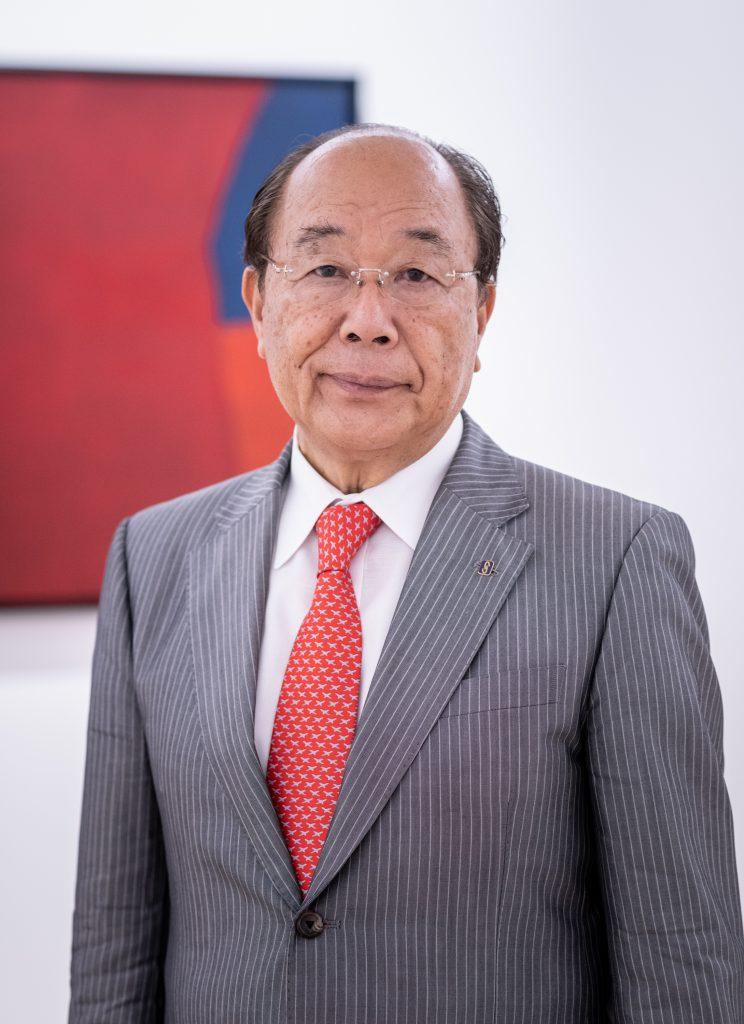 Yukio Shiraishi, born in 1944, is executive chairman of the publicly listed New Art Holdings. In 1967, he founded Whitestone Gallery, one of Japan’s most ambitious art spaces, which now has four outposts including two in Tokyo’s Ginza, one in Hong Kong, and one in Taipei. In 2012, he established the Whitestone Art Foundation and opened Karuizawa New Art Museum.

Compared to other art businesses in Japan, Shiraishi’s operation appears to be much more outward looking, which is rather unusual. Last year, New Art Holdings acquired New Art Est-Ouest Auctions. In a message to shareholders in September, he revealed that a local office and a gallery spanning more than 13,123 square feet would be opening in Singapore, with the ambition of targeting customers in Southeast Asia, India, and the Middle East. There are also talks about opening branches in Beijing and Seoul, as well as staging auctions there.