Home News After a Decade-Long Slide, the Chinese Art Market Is on the Upswing... 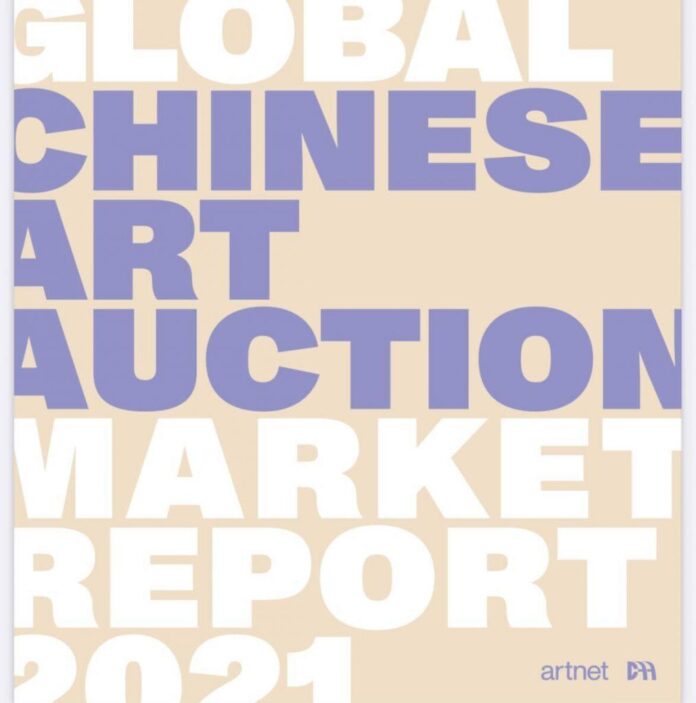 Get the report in English

Get the report in Chinese

In the wake of the industry-rocking pandemic and threats of a recession looming, the market for Chinese art in 2021 was surprisingly robust, according to the tenth annual Global Chinese Art Auction Market Report, produced in partnership with Artnet and CAA, the Chinese Association of Auctioneers.

According to data from Artnet’s Price Database, global sales at auction recovered by 60 percent year over year. This is based both on a “return to normal” business, and an increase in global financial wealth, which rose by 10.6 percent from 2020 to 2021. The total pool of global wealth was estimated at around $530 trillion according to Boston Consulting Group’s 22nd annual Global Wealth Report Management Report, and a desire for real assets, including fine art, helped to drive collectors’ interest in the market.

Chinese fine art and antiquities generated $7.4 billion in global auction sales last year, a market increase of 30 percent compared to last year’s sales of $5.7 billion. There is still plenty of ground to cover before sales reach the all-time high of nearly $12 billion in 2011. In mainland China, where harsh lockdowns and a zero-Covid policy remain in effect, $5.9 billion in sales were generated, a 36 percent increase from 2020, making up for nearly 80 percent of total sales. Overseas sales of Chinese art and antiquities achieved a total of $1.5 billion—a 13 percent increase. In 2020, by comparison, the market for Chinese art shrunk by nearly one third. 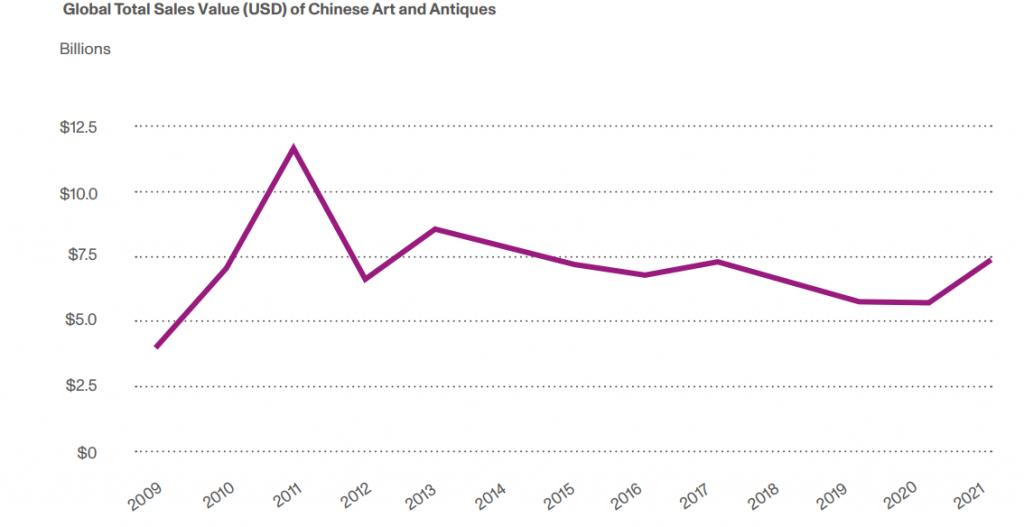 Europe continues to prove the most high-performing area for total sales value, increasing by 48 percent when compared to last year, and the market share of lots sold accounted for 44 percent of total overseas revenue. Conversely, the market share in Asia (outside of mainland China) and North America continued to slow.

The report also found that the market in mainland China achieved growth of 36 percent from last year, propelling the global market rebound of Chinese art and antiquities, achieving the highest numbers since 2014. Despite economic fluctuation and pandemic pressures, the opening of new art museums, a return to art fairs, and exhibitions organized by mainland auction houses like Yongle and China Guardian helped promote interest and restore confidence among collectors. 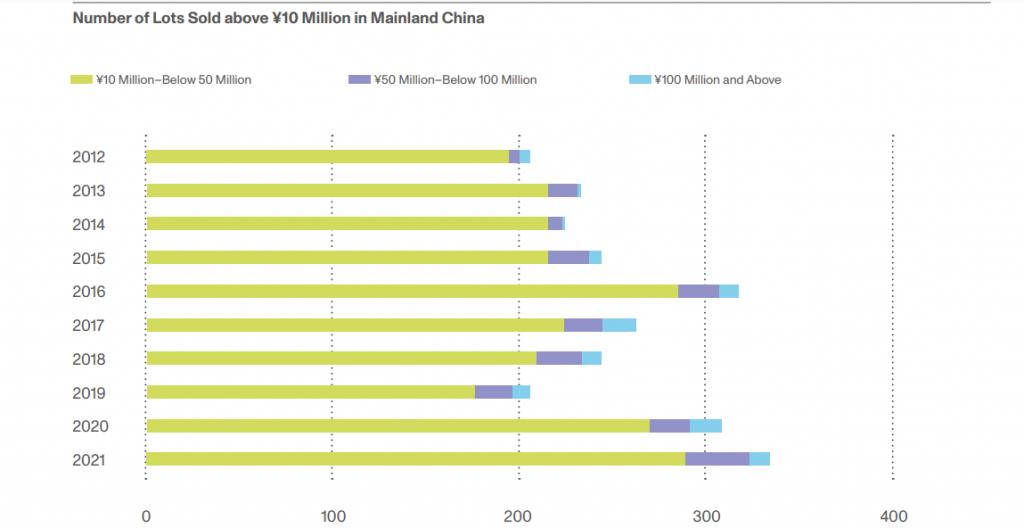