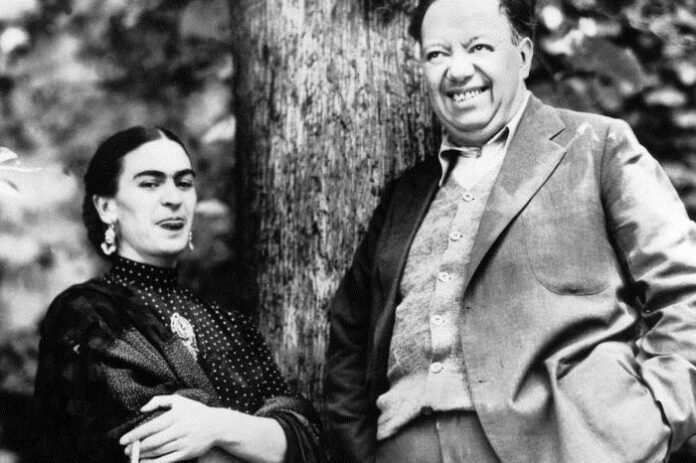 Diego Rivera is one of the pioneers of Mexican muralism, famous for his realistic frescoes and vivid paintings. He was passionate about painting since childhood and began studying art at the Mexican Academy of San Carlos when he was only ten. He migrated to Europe in 1907, and Theodore A. Dejesa Mendes, governor of the Mexican state of Veracruz, sponsored his research there.

Initially, he stayed in Spain and gradually moved to France, where he had the privilege of living and working with many outstanding personalities. In Paris, he encountered the Cubist movement, led by such famous artists as Georges Braque, Pablo Picasso, and Juan Gris. Later, his attention turned to post-impressionism, inspired by Paul Cezanne.

His artistic contribution to the history of art was appreciated all over the world and exhibited at various exhibitions around the world, and Diego Rivera`s  paintings were spontaneous, as Diego once said: “I draw what I see, I draw what I draw and I draw what I think.”

Rivera died at the age of seventy due to heart failure. Diego Rivera`s art is appreciated all over the world to this day.

We want to dedicate this article to Diego Rivera`s most famous paintings.

This work is one of Diego Rivera’s most popular wall paintings, where he continues to celebrate peasants with nature. Lilies, which symbolize sensuality, were beautifully depicted in this work of art, reflecting and emphasizing the author’s idea.

The day of the Dead

This Diego Rivera mural, which alludes to some sort of celebration, was instrumental in setting the trend of including the “Day of the Dead” as a significant subject in fine art.

Man at the crossroads

This painting was first installed in the lobby of 30 Rockefeller Plaza. The original work existed only as black and white paintings, after which Rivera repainted this work, calling it a human controller of the universe, which was similar to the original except for a few changes.

Diego Rivera’s wife presented a still life depicting this berry just eight days before her death. Perhaps Rivera painted this painting in memory of his better half and accidentally died a few days after that.

This vibrant piece of art perfectly illustrates Rivera’s habit of painting people he saw regularly. A simple elegant style with minimal use of color perfectly emphasizes the portrait features and character of his character.

Dream of a Sunday Afternoon in Alameda Park

Rivera was asked by Carlos Obregon Santacilia, a famous Mexican architect, to paint this painting for the Versailles restaurant of the Del Prado Hotel. However, after the 1985 earthquake that hit the city of Mexico City, the hotel was destroyed and the mural was preserved at the Diego Rivera Mural Museum.

This Diego Rivera painting depicts the turmoil and vanity in the life of the peasant class. According to some critics, the large basket resting on the worker’s back allegedly alludes to the obstacles that an untrained worker may face in the capitalist world.

Another interesting peasant painting by Rivera is where you can see how a person is working hard, and another person is watching.

Rivera’s cubist painting symbolizes the rising tide of the French nationalist movement. Following the technique of cubism, he makes a geometric version of a sailor who sits at a wooden cafe table, indulging in a drink.

‘This Is the Essence of Life’: Watch Artist Wolfgang Laib Meditate Over His Sculptures Inspired by Ancient Ziggurats