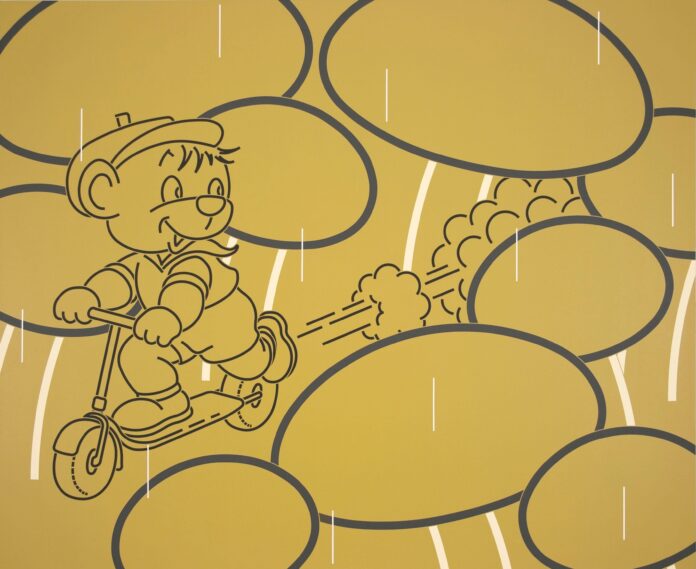 An exhibition celebrating the life and work of Gerard Hemsworth will open later this month in a former Kendal Mint cake factory in Kendal, Cumbria, in north-west England. The show, High on Hope (22 July-24 September) pays tribute to the influential former professor of Fine Art at Goldsmiths, University of London, bringing together works by eight artists Hemsworth taught on the MFA Fine Art Programme at Goldsmiths in the 1980s and 1990s. The alumni roll-call is impressive with Mark Wallinger, Bob & Roberta Smith and Jessica Voorsanger among the participating artists honouring the late academic and artist (the late Roy Holt also features). The show, organised by the contemporary art organisation Cross Lane Projects, also includes a selection of Hemsworth’s canvases. Rebecca Scott, who is behind the homage, says in a statement: “Hemsworth as a teacher and artist influenced a huge number of artists working in all fields of art. This exhibition includes those whose work I feel best echoes Gerard’s values.” Cross Lane Projects, which is funded by Scott and another artist Mark Woods, “brings new contemporary art to Cumbria” but also has a foothold in London, launching a new gallery space in Vestry Street (go see works by Nicola Bealing, Jake and Dinos Chapman and Denise de Cordova in the launch show, A Modern Capricho).