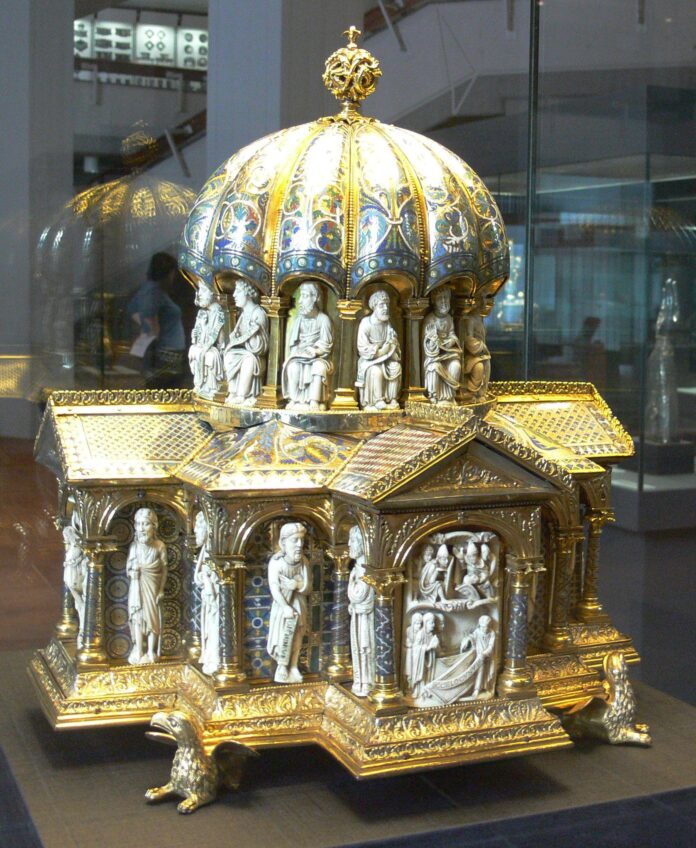 A court in Washington, DC has cut off a long-running lawsuit brought by the heirs to Nazi-era Jewish art dealers seeking to sue Germany in US courts to claim a prized medieval holding at Germany’s State Museums, known as the Guelph Treasure and estimated to be worth at least €200m ($199m).

In February 2021, the Supreme Court rejected the heirs’ argument that they could sue to claim the trove as property taken in violation of international law, holding that suits in US courts to reclaim property from foreign nations are barred to the foreign nation’s citizens. The heirs allege that the German dealers sold the trove of reliquaries to the Prussian government in 1935, while under duress due to Nazi persecution. But the Supreme Court sent the case back to the lower court to resolve whether the dealers—who before the Nazi era had been German citizens —no longer were German nationals by 1935. If they were not, it appeared the case might proceed.

The claim is now closed, unless the heirs appeal. On 25 August, the federal district court for the District of Columbia held that the art dealers’ heirs had failed to allege adequate facts to establish that the dealers were not German nationals at the time of the sale, and that general allegations including about the treatment of Jews during the relevant period did not suffice. Further, the court said, the heirs had not preserved their theory that if not German nationals, they were exempt from the ban against lawsuits by a foreign nation’s citizens, having failed earlier to spell out that argument “squarely and distinctly”.

In a statement, Hermann Parzinger, president of the Prussian Cultural Heritage Foundation (SPK), which administers the Guelph Treasure and is a party to the lawsuit, said the SPK was pleased with the District Court’s ruling, “which affirms SPK’s long-held assessment” that the lawsuit should not be heard in US courts. SPK had also long maintained that the suit “lacked merit, as the Guelph Treasure’s sale in 1935 was not a forced sale due to Nazi persecution”, he said.

Nicholas O’Donnell, the heirs’ lawyer, told The Art Newspaper that the decision and options to appeal were being reviewed, and that the heirs were disappointed in the ruling. He added that “every [court] pleading to date” had “argued that in the eyes of the Nazi government, the [dealers] were not considered German”.