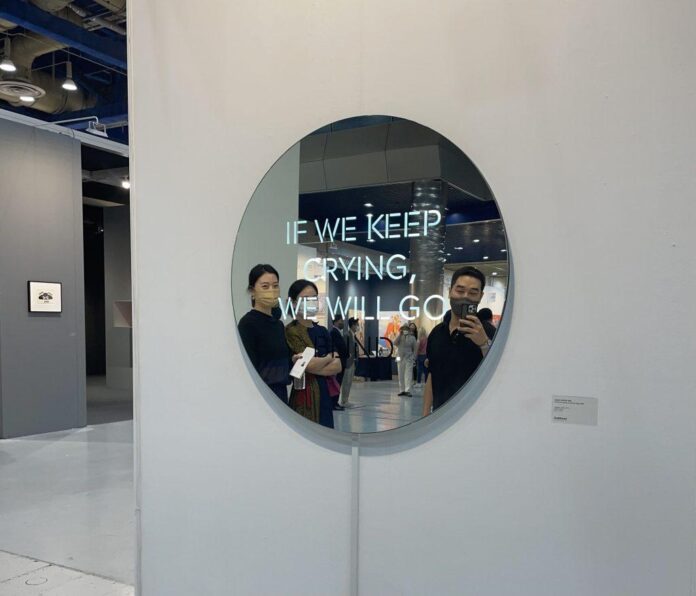 With a significant increase in the number of international galleries and an affluent crowd wandering the fairgrounds with Hermès handbags, the Korea International Art Fair (KIAF) is feeling the benefits of its partnership with Frieze Seoul.

The latest edition of South Korea’s longest-running art fair, open now in the Gangnam district, includes 164 galleries from 17 countries and regions, with 37 first-time exhibitors. The number of international galleries has doubled to 60 from last year, and a steady stream of reported sales suggests a robust market.

“Many VIPs felt that they had to come here today instead of coming later,” said Kim Donghyun, chief manager of the exhibition and business department of the Galleries Association of Korea, which organized the fair. “The crowd used to be more spread out across the entire fair week.”

“There is huge interest from the national government, the city government, as well as the Incheon airport and the Gangnam district government,” Kim added. “This is not just an art fair. This is an event about the city.”

Riding on the partnership with Frieze, which will share space with KIAF as part of a five-year plan, the Korean fair has upped its game, hiring a foreign PR firm to help with publicity and welcoming foreign journalists for the first time. 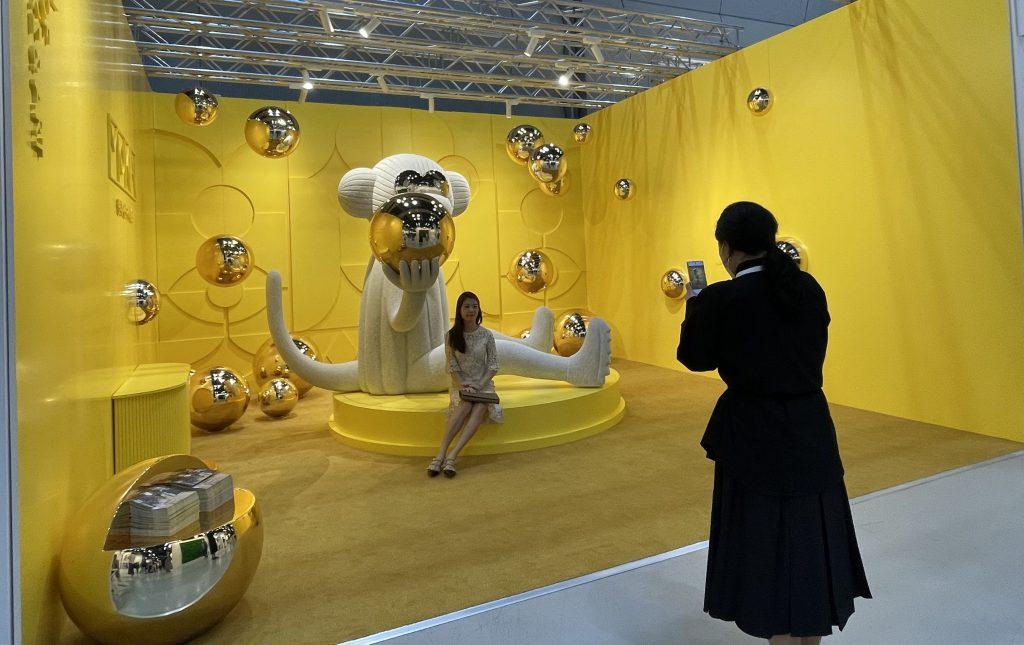 At first glance, the fair is dominated by trendy, bright-colored paintings and sculptures, plus media artworks by blue-chip artists such as Nam June Paik, Lee Ufan, and Park Seo-bo. The crowd seemed to be mostly Korean, with a smattering of English, Cantonese, and Mandarin speakers.

But whether Seoul can replace Hong Kong as the art hub of the region remains to be seen (especially as some fairgoers and participants from abroad have reported difficulties in getting around the city).

Yet that isn’t stopping many exhibitors, especially those from overseas, from taking the opportunity to explore a new market as Hong Kong remains inaccessible due to prolonged pandemic-related travel restrictions. 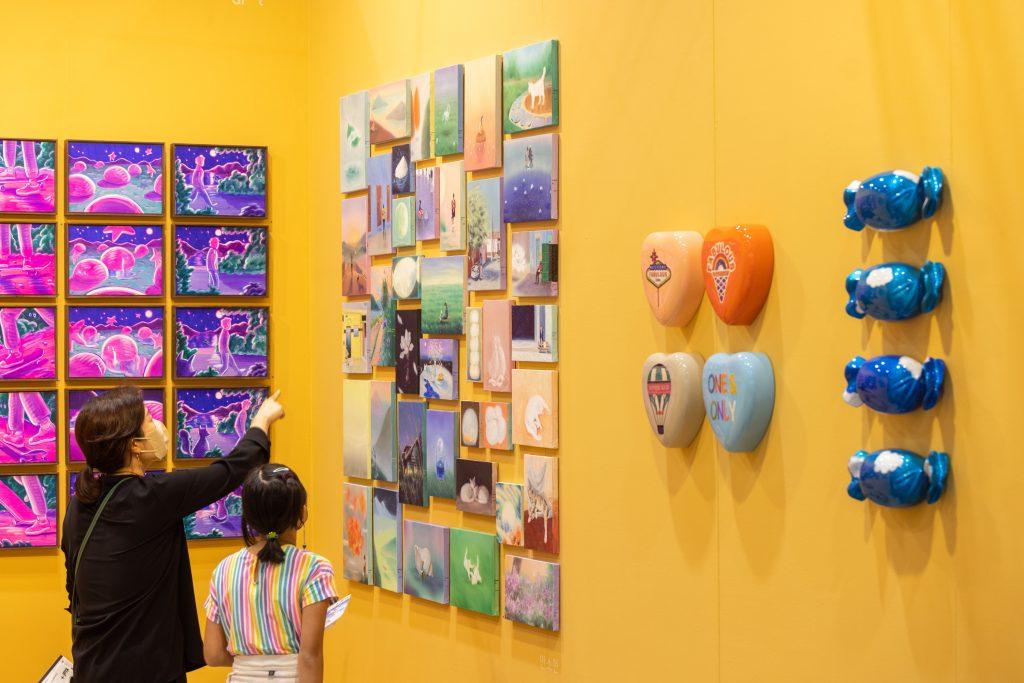 Art Front Gallery from Tokyo returned to KIAF for the first time since 2015, when sales expectations were not met, said general manager Shoji Hideyuki.

“But with the launch of Frieze Seoul, we feel that more people will come, and Korea’s economy is strong,” Hideyuki told Artnet News. The gallery even splurged to ship in large-scale sculpture works by Bunpei Kado, and reported selling two works, including a 2018 painting by Sakamoto Tokuro, to Korean and Western buyers in the event’s opening hour. Starting prices for works are at ₩8,000,000 ($5,875). 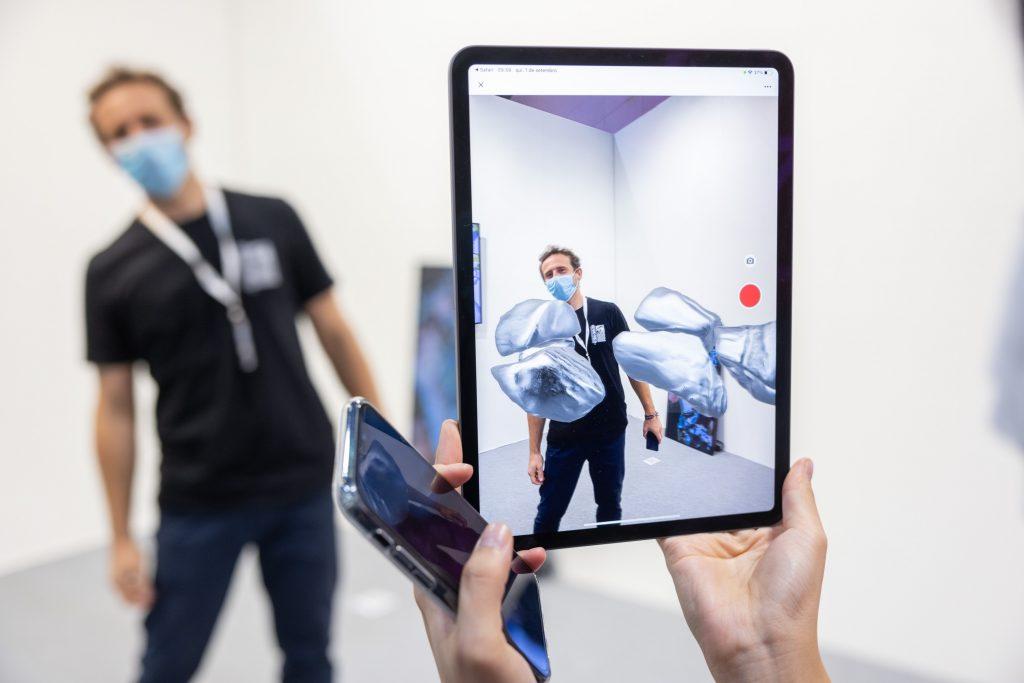 Many galleries reported selling works during the first hours of the opening. Gallery Kiche from Seoul said it sold out its booth of paintings by Ok Seungcheol for around $45,000 each, and two sculptures each at $12,000. Representatives from another local outfit, Cylinder, said the gallery sold 10 oil-on-board works by Tristan Pigott for between ₩1.8 million ($1,321) and ₩18 million ($13,219). Zoom Gallery, also from Seoul, sold five oil-on-canvas works by Lee Yea Ji for $2,200 to $3,700.

Gallery founder Moiz Zilberman said he stopped going to Art Basel Hong Kong for the past two years because of travel restrictions, and was trying out Seoul as a new landing place.

“Frieze brings international collectors,” he told Artnet news. “The Korean government is also supporting contemporary art. We decided that now is the time to come and check out Seoul.” 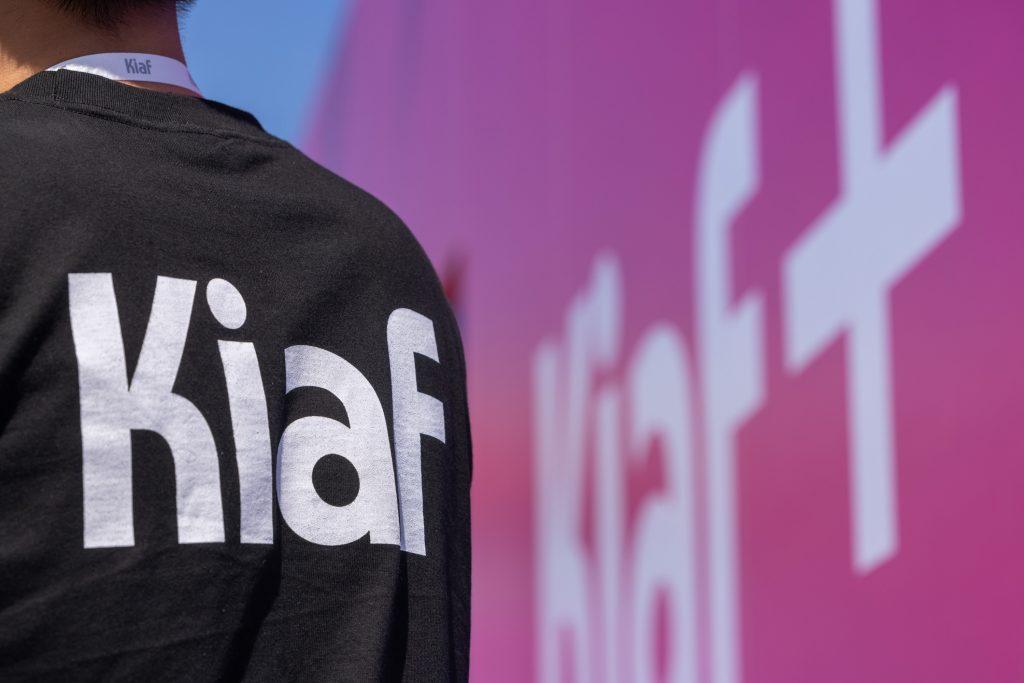 Still, there are drawbacks. “It is not as international as Hong Kong,” Zilberman said, citing language barriers and Google maps that he said didn’t function fully in Korea. Getting a taxi also posed a challenge to visitors (supply did not seem to meet demand) and prices listed in Korean Won were confusing for some.

“But they will overcome this,” Zilberman added.

The real question now is if Frieze will eclipse KIAF—a possibility that Kim of the Galleries Association of Korea isn’t concerned with, considering the partnership between the events.

“Systems and people are the most important to our art market,” he said. “There’s a growing pool of art professionals in Korea and more of them are working with their counterparts abroad. International galleries operating here also need to hire local people. In this way the new generation are learning from these top galleries, and in a few years’ time, they can play more important roles in the global art market in the future, while bringing with them their resources, knowledge, and network to the local art scene.”

Joshua Tree‘s Invisible House, a Mirrored Marvel of Desert Architecture, Has Hit the Market for a Sizzling Sum