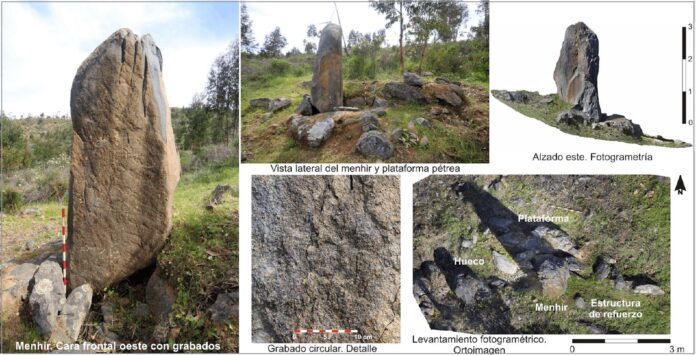 One of Europe’s largest megalithic sites has been unearthed in southern Spain. Archaeologists working at La Torre-La Janera, near the city of Huelva, have discovered a remarkable number of standing-stones, dolmens, stone circles and mounds in what may be one of the most significant prehistoric finds in the area.

Work began on the plot of land, measuring 600 hectares, in 2018 after it was surveyed ahead of plans to turn it into an avocado plantation. Megalithic structures were known to exist in the area, but the scale of the discovery is unprecedented. According to the Guardian, one of the project’s co-directors, José Antonio Linares, says that “this is the biggest and most diverse collection of standing stones grouped together in the Iberian Peninsula”.

The findings from the dig were recently published in the Trabajos de Prehistoria journal, which revealed that 526 ancient standing stones had been found, most of which were toppled. The site contains megalithic tombs (dolmens) and stone circles dating from approximately 7,000 years ago. The majority of the stones seem to have been quarried locally. The report concludes that it is a “unique” discovery on the Iberian Peninsula.

Another co-director of the project, Primitiva Bueno Ramírez, says in the Guardian that “finding alignments and dolmens on one site is not very common. Here you find everything all together—alignments [parallel rows], cromlechs [stone circles] and dolmens—and that is very striking”.

The site is within the vicinity of other known megalithic sites, and not far from the Guadiana River, which separates Spain from Portugal. Parts of the area have been given special protection, according to the journal, and excavations are set to continue until 2026.

Spotlight: Canadian Artist Milly Ristvedt’s Pivotal ‘Highway Paintings’ Were Believed to Be Lost—Now They’re Getting Their Due