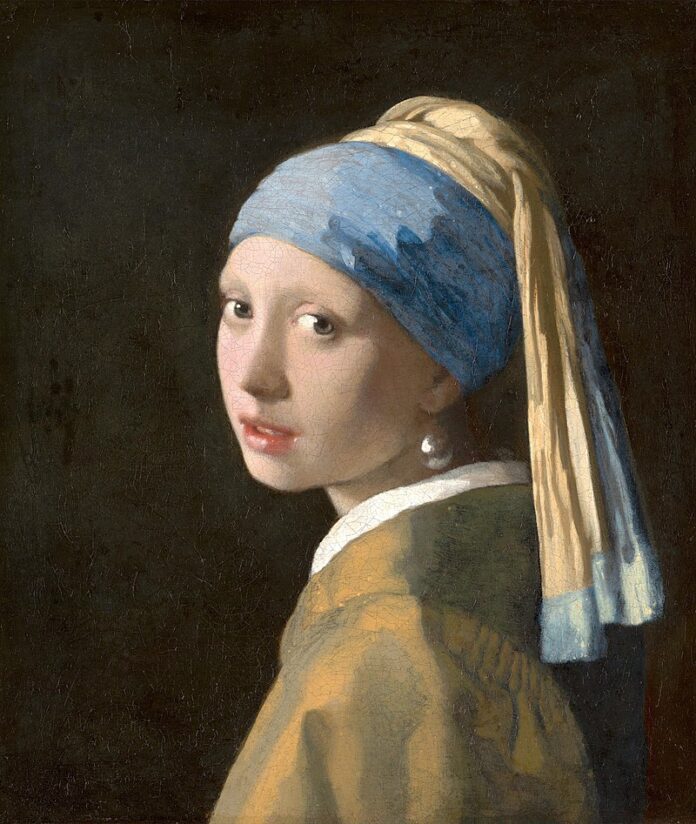 The portrait shows a beautiful and mysterious girl, painted by the no less mysterious Dutch painter Jan Vermeer. Biographers and art historians are still conducting research, discussions, and disputes about the life and work of this mysterious and talented Dutchman.

And the popularity of his “Girl with a Pearl Earring” can be compared with the fame of the famous Gioconda Leonardo da Vinci. Who is this young, pure creature? Why has it been captivating for more than three centuries, staring at the canvas, at those bottomless eyes, delicate oval, unusual headdress, and, of course, the famous earring?

The main points of interest associated with the pearl earring painting are:

So, for example, during the census of Vermeer’s property, this portrait was called both “Girl in a Turban” and simply “Girl’s Face”.

As mentioned above, the original painting was not called “Girl with a Pearl Earring.” The portrait did not have a name at all, except for those that were conditionally appropriated during the inventory of property.

By the end of the 20th century, when the pearl earring painting was restored after restoration, it turned out that Vermeer made a slight highlight in the corner of the mouth with airy pink brush strokes, as a result of which he managed to convey the juicy gloss of the young model’s lips so realistically.

The girl’s eyes are unique. From whatever point you would not look at the portrait, her hypnotizing, sensual, and at the same time open and kind look will be directed at you.

Girl with a pearl earring is not quite typical of the artist’s style of painting. This also applies to the selection of colors and the choice of the model itself. And also there is no main difference between Vermeer – images of interior items, which he always carefully painted.

Also, there is an assumption that the master painted a portrait with the help of a technical device – a camera obscura. Thanks to it, you can get an optical image, albeit a little blurry. But even if the artist used it, this does not detract from his genius, but only adds a kind of Vermeerian “zest” to the drawing and it becomes recognizable.

Girl with a pearl earring is the personification, and one might even say, a hymn of youth, youth that is just beginning to flourish, so timid and not fully aware of its future beauty and strength.