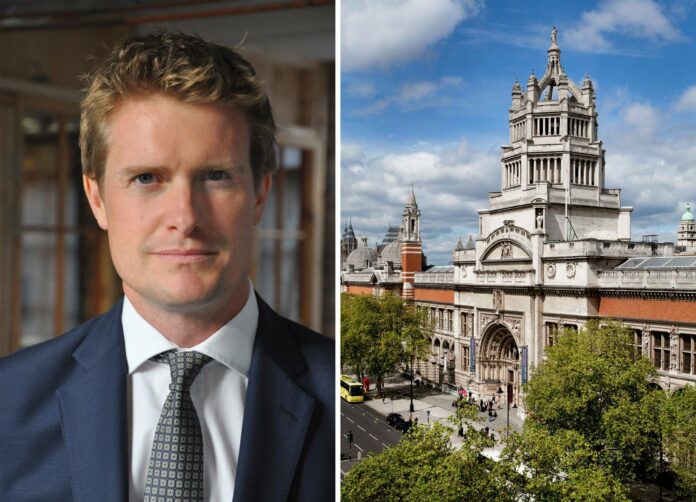 Restitution is back on the agenda after the director of the Victoria and Albert Museum (V&A) in London, Tristram Hunt, says that legislation dating from 1983 preventing UK national museums from disposing of works should be re-evaluated. His comments, made on the BBC Radio 4 Today programme, followed the announcement that the V&A plans to return a marble head of the Greek god Eros to Turkey.

Under the National Heritage Act 1983, the trustees of some national museums in the UK, including Tate and the V&A, are specifically prevented from de-accessioning objects that are the property of the museum in question unless they are duplicates or irreparably damaged.

“It’s a tricky area; I have not got the clear and crisp solution to this, and there is a role for government involvement,” Hunt said. “[But] 40 years on does this piece of legislation really still hold water? There are other issues connected to it—museums hold an awful lot of material now… some of which should be disposed and we don’t have the freedom to do that.”

Asked whether the 1983 act should be repealed, Hunt said: “We’re coming up to the 40th anniversary of the act; prior to that the museum [V&A], which was then part of government, could make these kind of decisions… it means that this legislation prevents thinking about deaccession and disposal.” He added that there is a “ping pong between governments and museums which I think everyone finds slightly unsatisfactory at the moment”.

Hunt aims to start a “conversation” about the act next year, proposing that the former Conservative culture minister, Ed Vaizey, spearheads the discussion. He also referred to the historic agreement signed last week in Berlin which involves transferring ownership of more than 1,100 items in German collections to Nigeria. “It’s a good moment,” he said.

Alex Herman, the director of the Institute for Art and Law in London, says: “I think it shows a lot of initiative on Hunt’s part. This is a conversation that needs to be had for the reasons he mentions. The need is only heightened in the post-pandemic world where national museums need to reinvent themselves, which is difficult to do with some of the antiquated restrictions in the existing legislation.”

Herman says: “When the government says it’s a ‘matter for the trustees’ what they’re really saying is that there is no intention of altering the law in Parliament, so any arrangements would be limited to loans and would have to be negotiated directly with the trustees.”