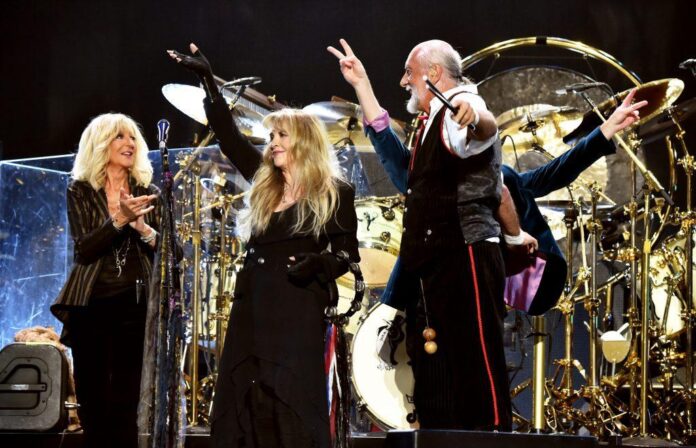 For two days, December 3-4, Julien’s Auctions in Beverly Hills will offer 700 lots belonging to the band known for such hits as “Landslide” and “Dreams.”

One major highlight is the original stage-played Yamaha C3 baby grand piano that Christine McVie played “Songbird” on during tours (estimated at $40,000-$60,000).

“This baby grand, where I have played ‘Songbird,’ the song I’m most proud of, has been such an important part of my life and career,” McVie said in a statement.

Other notable items in the sale include a vintage maxi green, yellow, red, and cream leaf-patterned dress, worn by McVie on the back cover of the band’s classic 1977 album a custom electric bass guitar played by John McVie (estimated to go for between $40,000-$60,000); and an American Video Award for the band’s hit song “Gypsy” (estimated at $800-$1,200).

“Julien’s Auctions is honored to offer this exceptional collection of music history coming directly from three legendary members of one of the most influential and successful rock and roll bands of all time,” Martin Nolan, executive director of Julien’s Auctions, said in a statement.

Nolan added that proceeds of the sale will be donated to MusiCares, an organization that helps provide support for musicians in precarious situations, including through health and rehabilitation support.

The sale also includes oddities such as a Bill Clinton-signed drumhead and and a set list from a private performance by the band at then President Clinton’s farewell party, organized by White House staff in 2001.