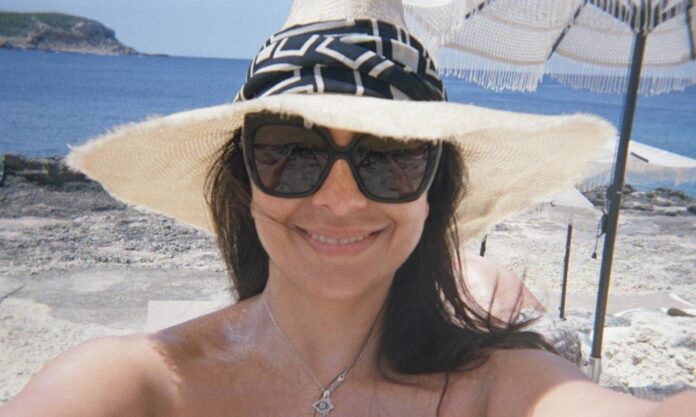 Oh, how I envy art advisor Nazy Nazhand. She traverses the art and music worlds with such ease, making an annual trip to Ibiza that gave me the idea to live vicariously through her. Without further ado, here’s what she got up to off the coast of Spain… 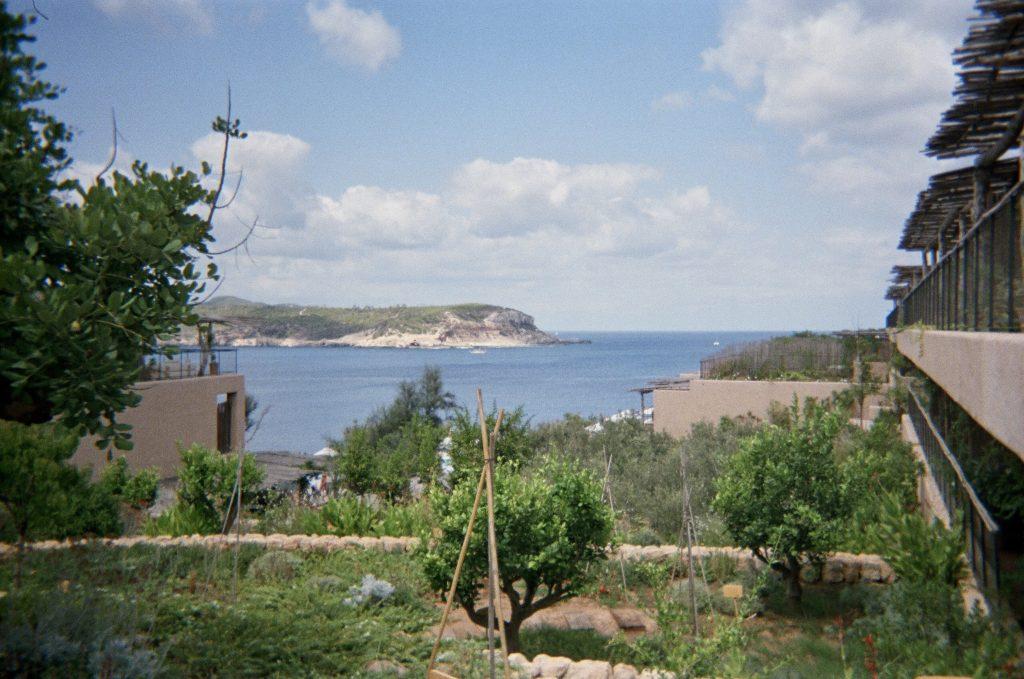 I’ve been coming to the beautiful island of Ibiza for almost 15 years and each time I’m here I’m reminded of the magic of the island. There’s an essence here that’s hard to describe, and despite the shiny new additions each year, there’s a real ruggedness and roughness that’s always present. My visit to the island always perfectly captures my two worlds and loves: art and music. 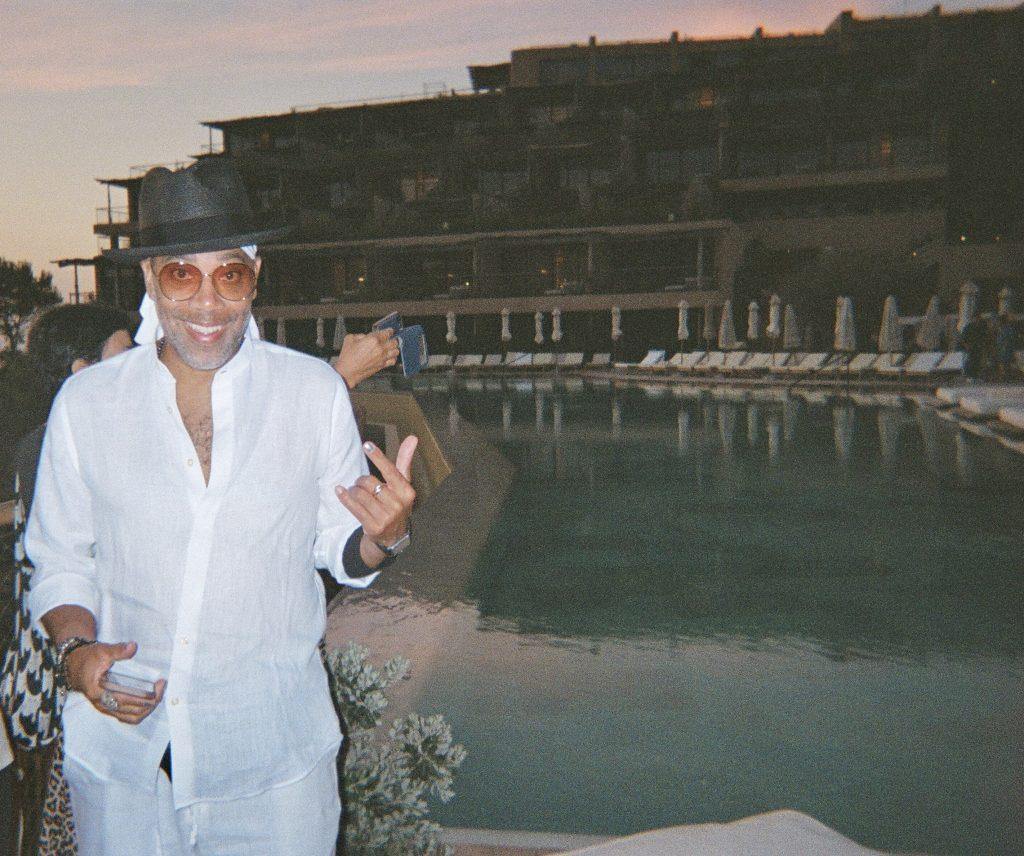 Speaking of my love of art and music, Carl Craig needs no introduction. A legend of Detroit techno, Carl’s pioneering sound installation at Dia Beacon perfectly captured the historical roots of Minimalist sound and the techno tradition of reclaiming industrial spaces for radical experimentation. It has been a wild ride working on these projects with Carl. 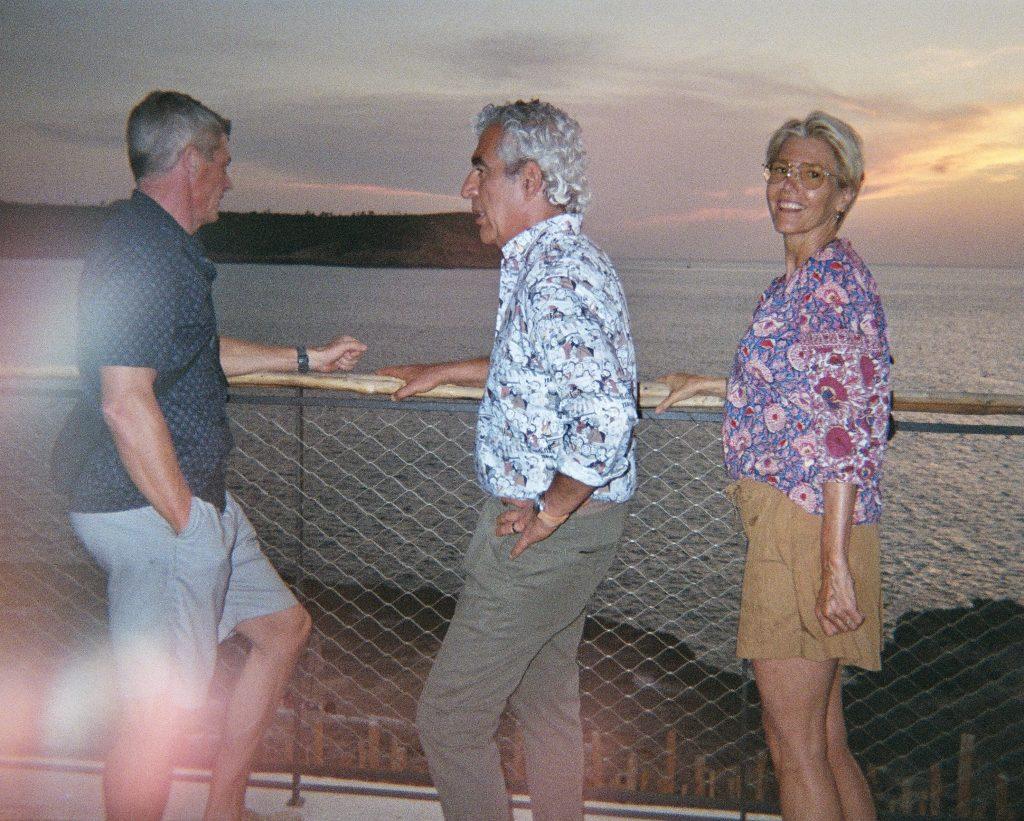 Here we are with dear friends Nathalie and Maarten. One of the best parts of being here is reuniting with friends who are on the island all summer. In the middle is my husband, Kurosh Nasseri, a lawyer in the electronic music industry. Ibiza for him is basically every art fair and biennale combined, as well as his oasis. 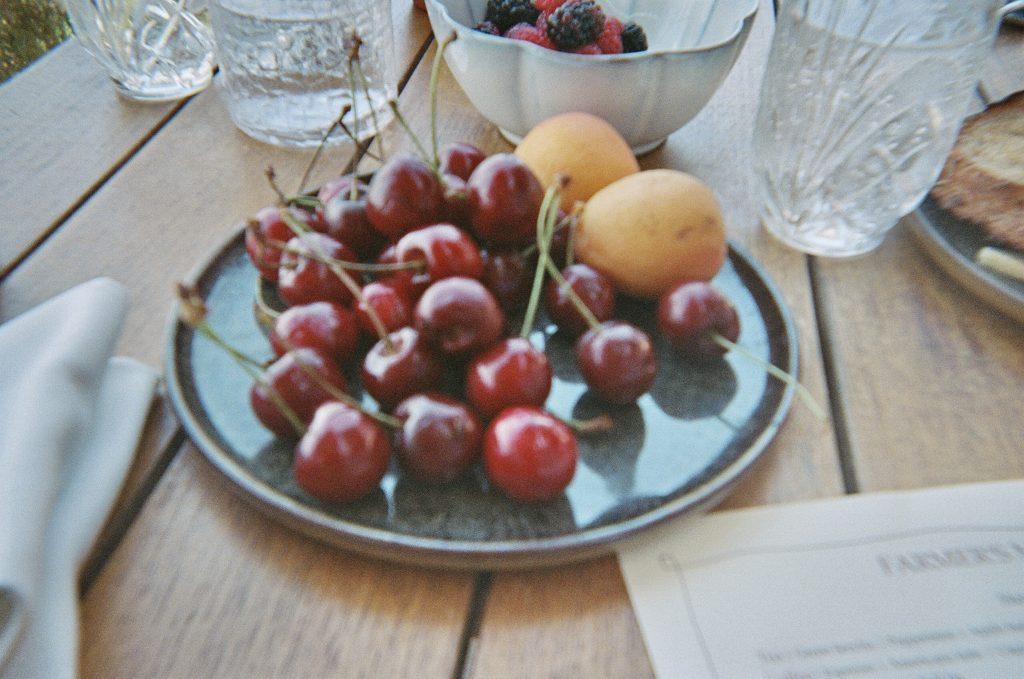 Daily breakfast of champions at Six Senses—a gorgeous property, I must say. 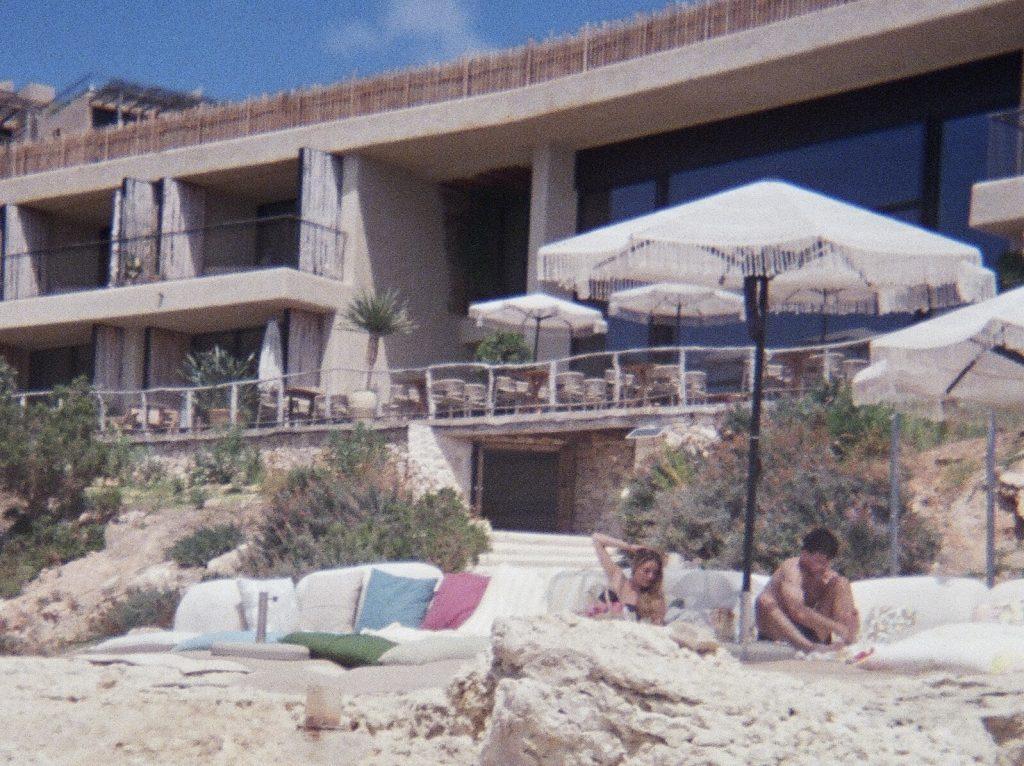 This is the Beach Caves at Six Senses, which overlooks the Xarraca Bay. Put on some water shoes and you can take a dip in the most glorious sliver of water. 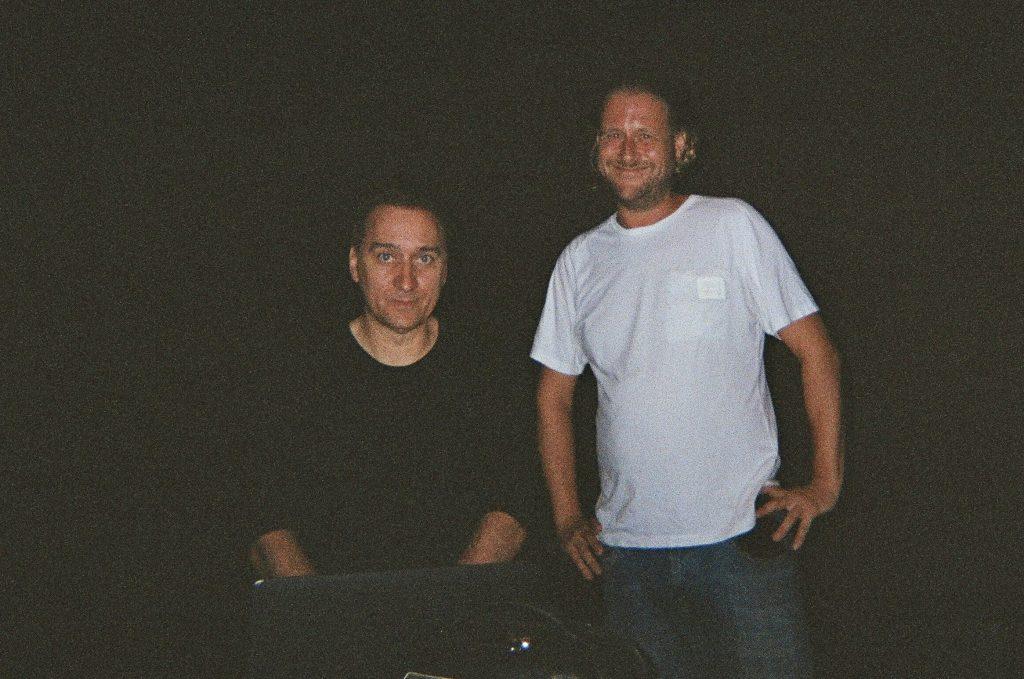 After a couple of days of lovely dinners and sunshine, it’s time to get serious and hit the clubs to see our favorite DJs. Here we are backstage at Eden nightclub, while the one and only Paul Van Dyk gets ready to hypnotize the room with his melodic trance sounds. Standing next to Paul is promoter Mark from the Supernova Group. Hi Mark! 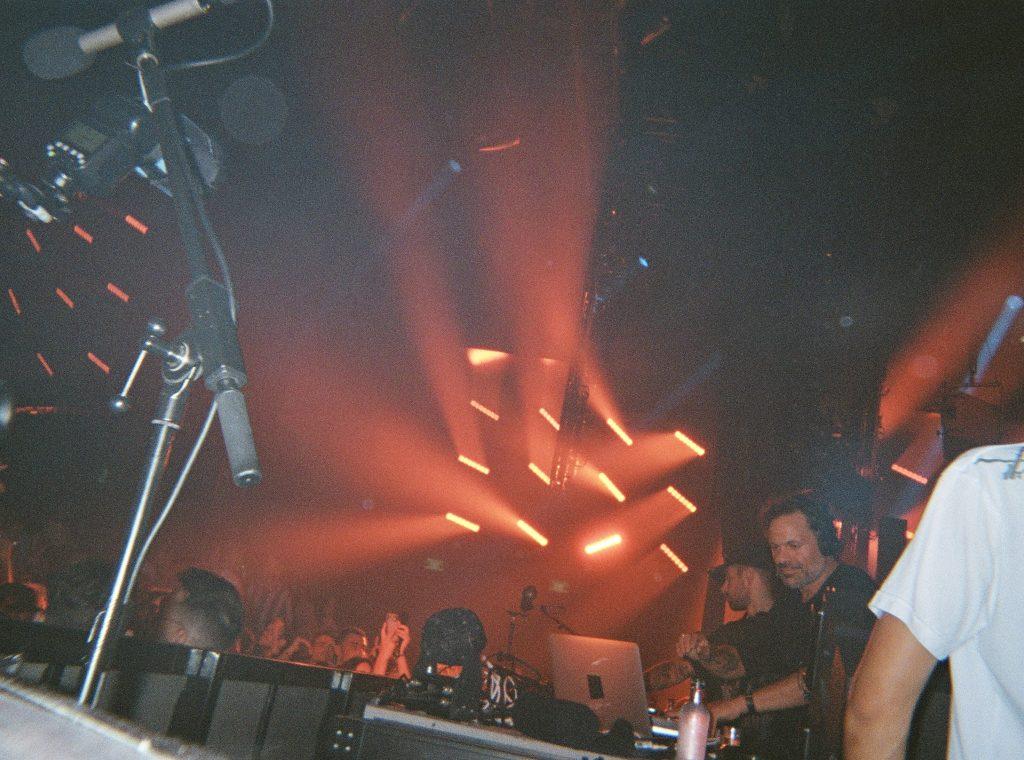 Next, we’re off to Hï nightclub to see Tale of Us, which consists of the Italian duo Carmine Conte and Matteo Milleri. You have not lived until you have experienced their euphoric, hypnotic sounds on the dance floor as a hologram of an upside down man—the “Afterlife” logo—hangs over your head. We are back by sunrise, which honestly sounds a lot more rock and roll than it actually is. 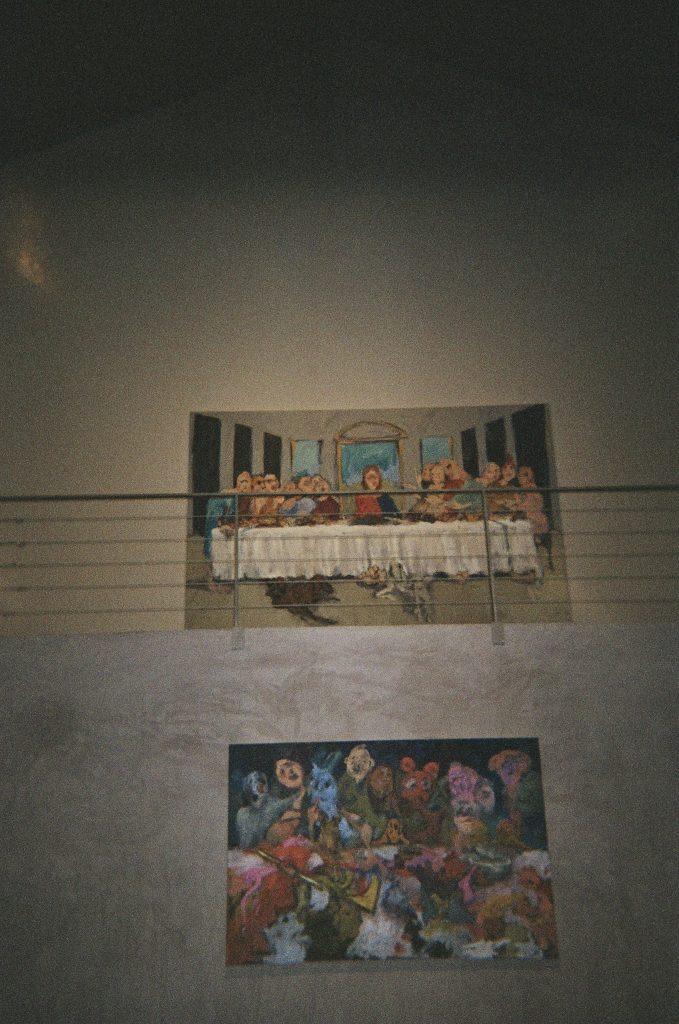 Lest you think it’s all late nights and nightclubs, the next day I’m ready for art. Carl and I visit Fundación La Nave Salinas, an 8,000-square-foot former salt factory built in 1941 and converted into a stunning exhibition space in 2015 by art patron Lio Malca. We’re joined by gallery director Alejandra Navarro, who gives us a tour of their current exhibition by Budapest born, Vienna-based artist Eva Beresin. 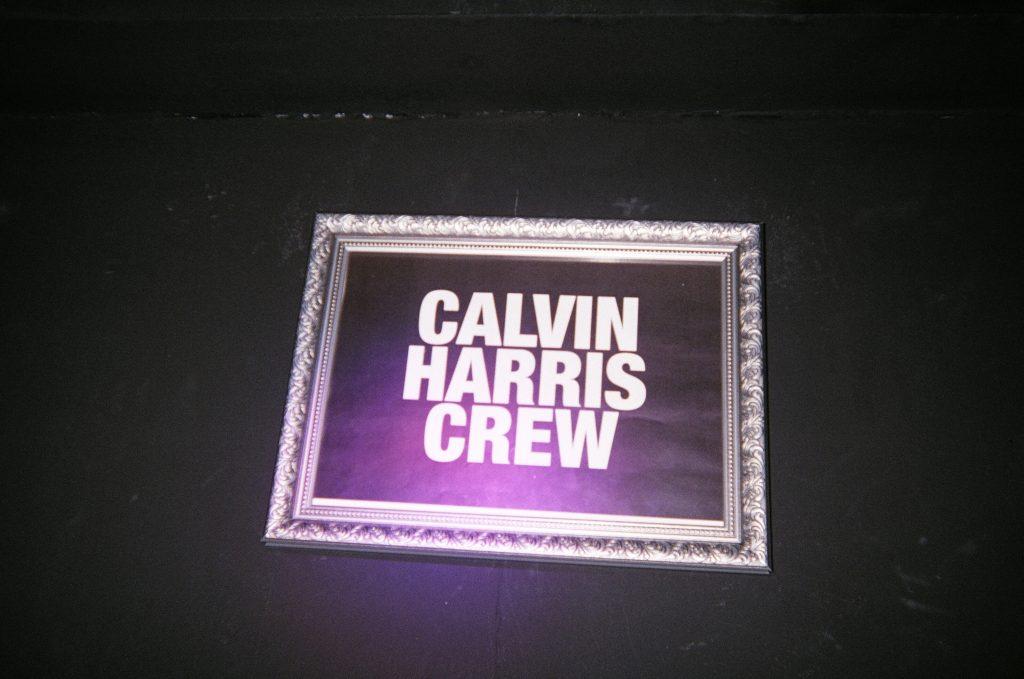 After a bit of sun, I’m ready for the highlight of the week: Calvin Harris at Ushuaïa. Every Friday night, thousands (yes, thousands) gather for Calvin’s electrifying performance and magnificent visuals. I couldn’t stop dancing to take any other photos of the stage.

Manager extraordinaire and art collector Mark Gillespie is the founder and CEO of Three Six Zero, which represents Calvin Harris, among other brilliant talents. 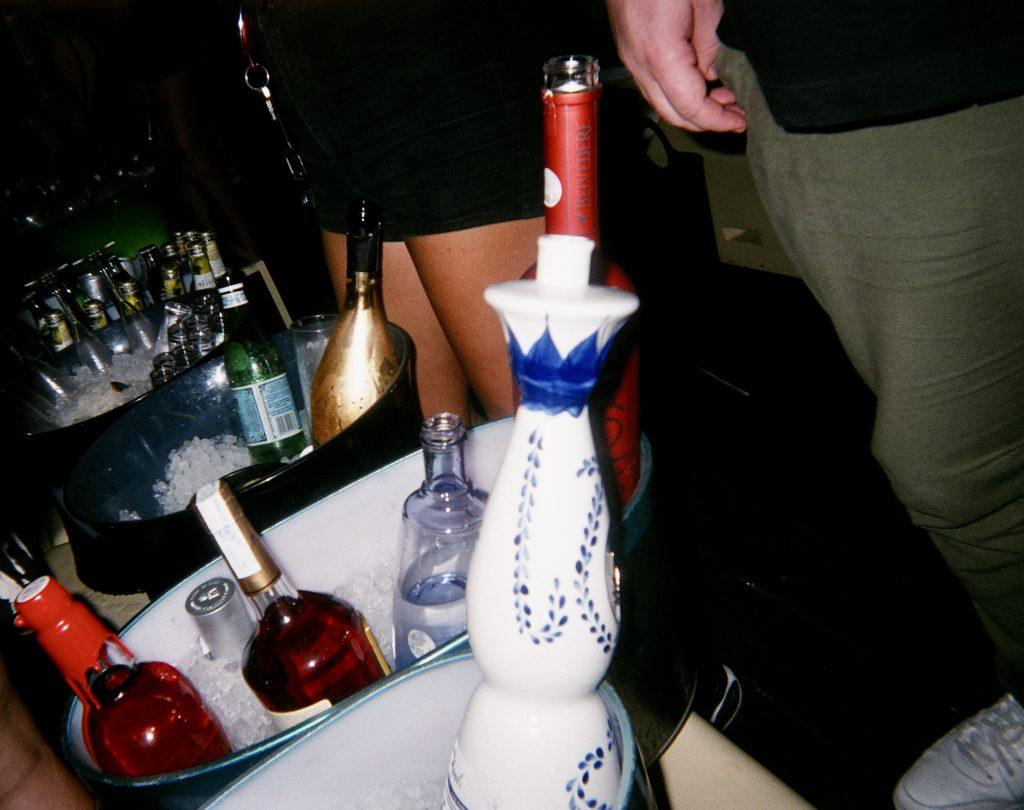 Rules are meant to be broken, but in this case dear readers, I shall obey. Therefore, no backstage photos for you. But trust me… it was good. 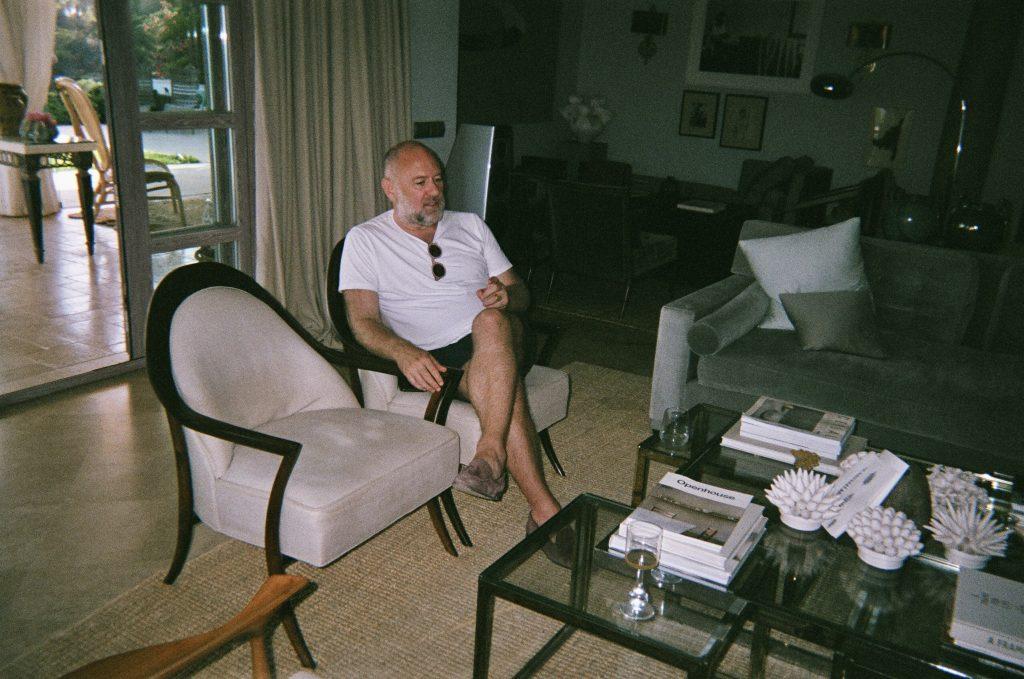 It’s the weekend and I get to have sunset cocktails at the home of my dashing friend David Leppan. David is an entrepreneur, philanthropist, and art collector and the “legendary island host” in Ibiza. (He will be so mad at me for referring to him as such!) 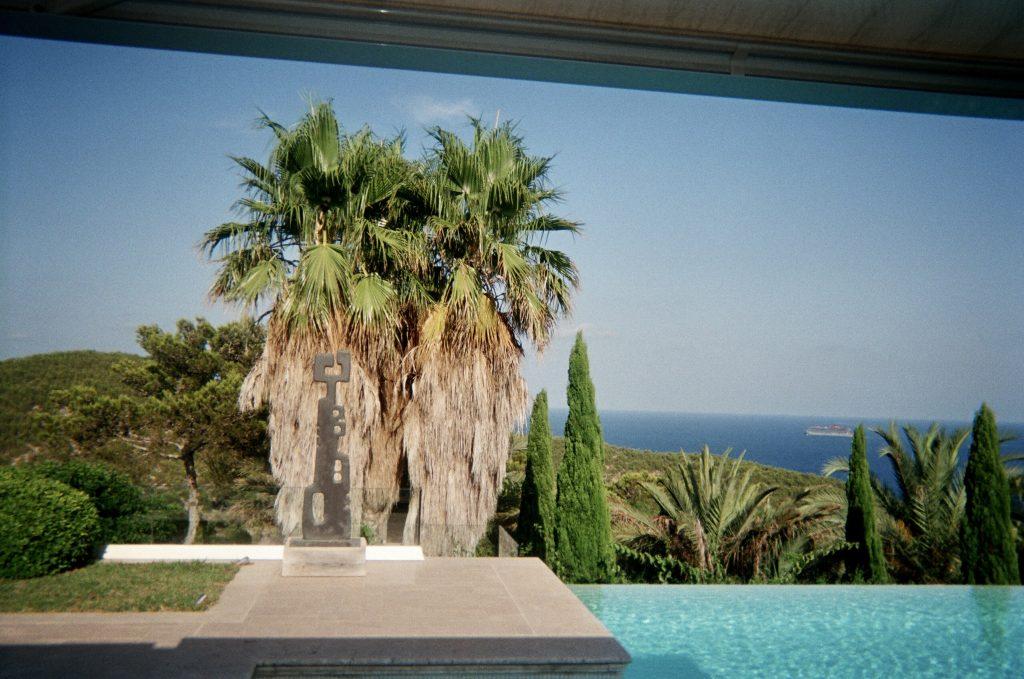 It’s a pleasure to spend time with David at his spectacular Roca Llisa villa, “Casa Polanski,” which once belonged to Roman Polanski. 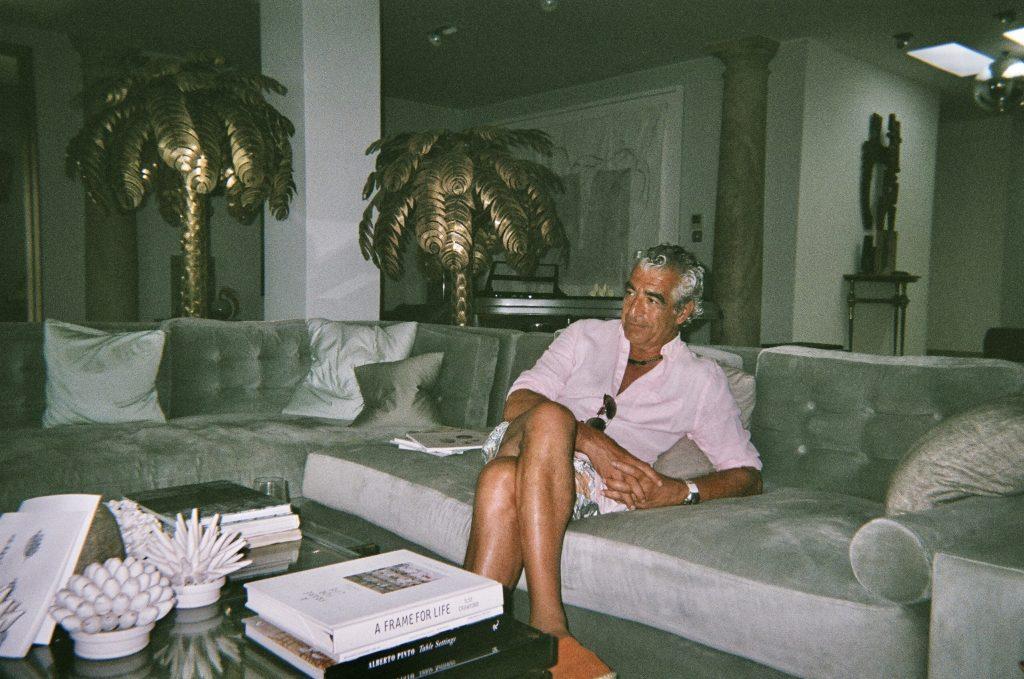 My husband in his element, surrounded by David’s eclectic art collection. Note the disco ball in the background—perfection. 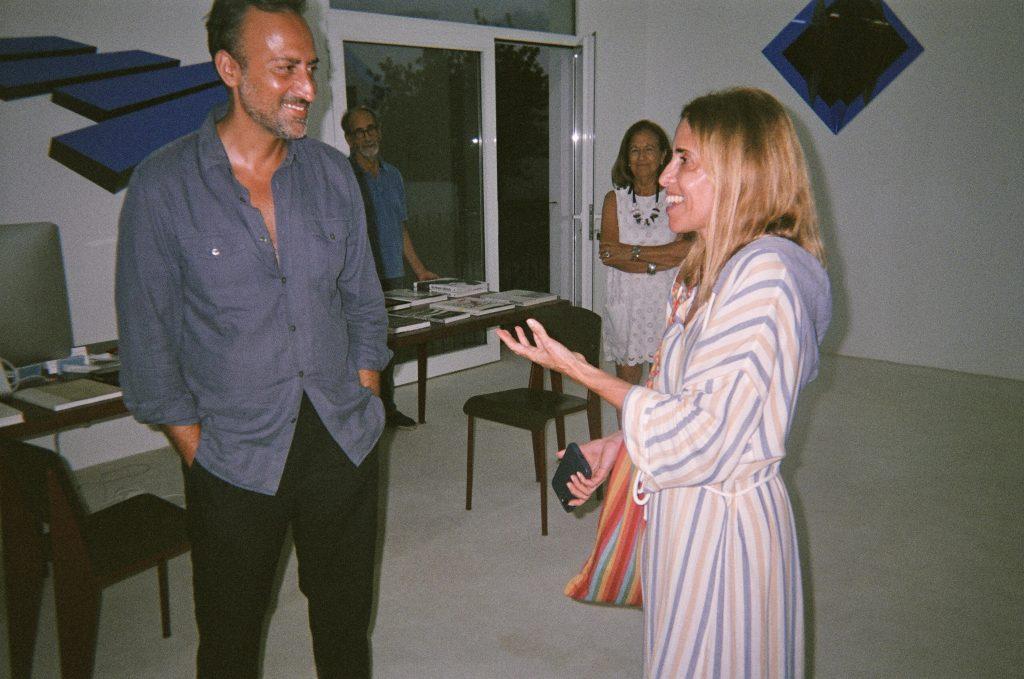 Off to the village of Santa Gertrudis to visit my friend Guillermo Romero Parra at his gallery Parra & Romero’s second Ibiza location, which recently opened. For the past 10 years, Parra & Romero’s warehouse space in rural Ibiza has hosted site-specific projects that highlight its rigorous conceptual and minimal program. While at the gallery, I met the lovely Maura Marvâo from Phillips. 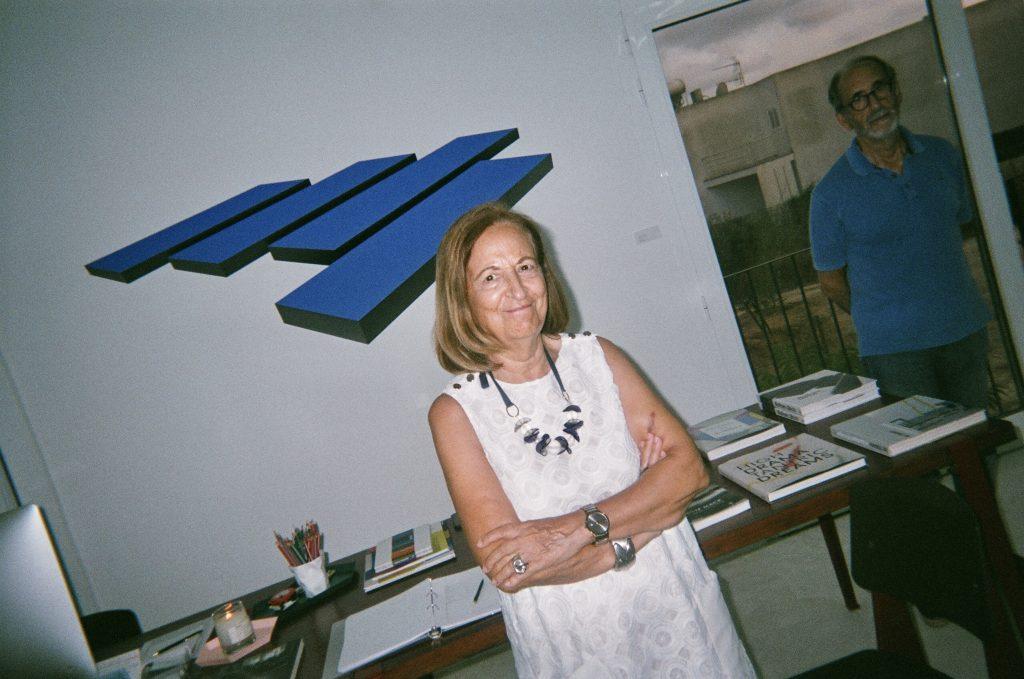 In case you’re wondering where Guillermo gets his good looks, may I introduce you to his parents, Pilar Parra and Francisco Romero? The Wolfram Ullrich on the wall is not bad either. 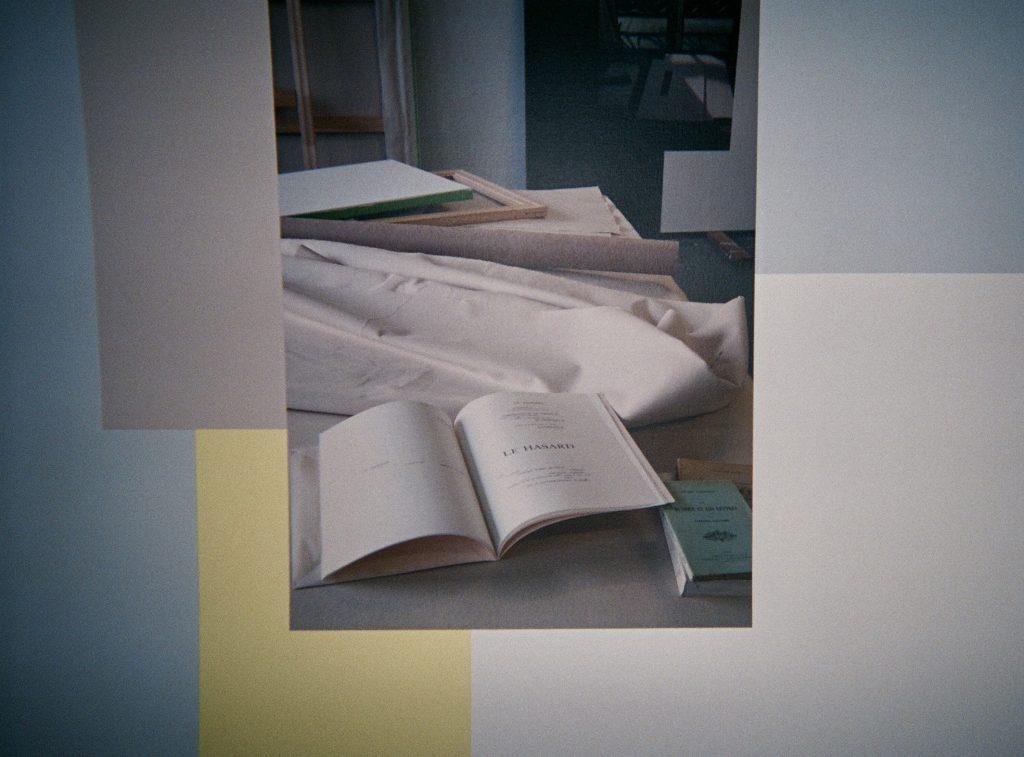 I’m obsessed with this Ian Wallace work at the gallery, which perfectly captures the discourse and construction of a monochromatic painting and photography. 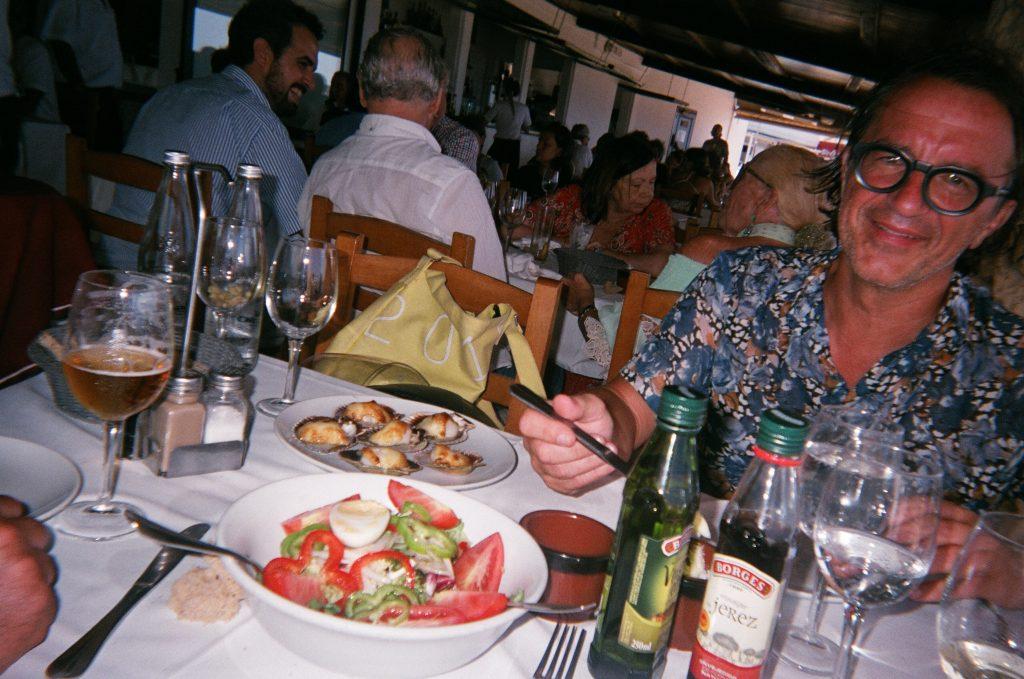 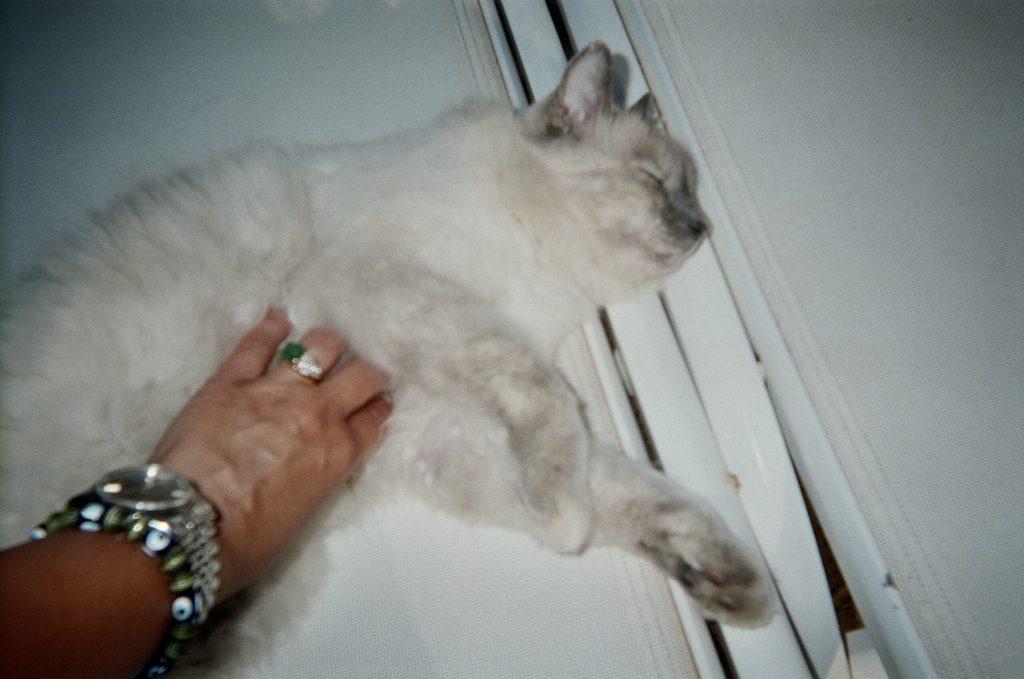 This is Pong Leppan. After a whirlwind week in Ibiza, I’m off to the island of Formentera where I plan to be just like Pong: cool, chill and undisturbed.

In Sonoma, Artist Olafur Eliasson and Architect Sebastian Behmann Unveil a Wine-Tasting Pavilion Inspired by the Land It Sits On