Home News Why Is It So Hard to Find Ethical Cardboard? A Monopoly in... 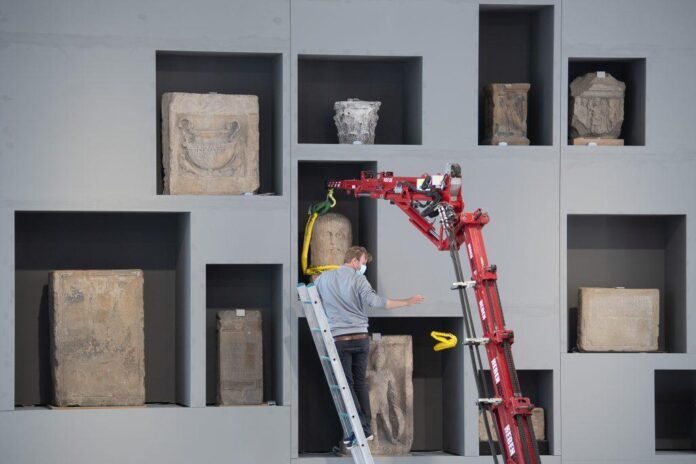 Uline founders Liz and Dick Uihlein have spent a fortune attempting to sway elections in favor of anti-trans, anti-abortion, pro-Donald Trump candidates across the country, earning the title “most powerful conservative couple you’ve never heard of” in one 2018 headline.

In 2020, the Wisconsin-based billionaires donated millions to far-right causes, including organizations behind the January 6 storming of the Capitol, political action committees seeking Trump’s reelection, and at least one designated anti-Muslim hate group. In the past 18 months alone, they’ve spent $38 million supporting high-profile conservatives like Marjorie Taylor Greene and Madison Cawthorn.

The news has sent many packing, so to speak. Night is one of a growing number of galleries, including Kasmin, Lehmann Maupin, and Blum & Poe, who’ve decided to purchase their bubble wrap, packing tape, and other art-shipping supplies elsewhere. “From day one,” gallerist Bridget Donahue said, she’s sourced her materials from the New York-based Valentine Packaging Corp., whose VP has a track record of donating to ActBlue.

“Uline’s political actions feel like common knowledge by now,” said Lehmann Maupin director Joe Brittain. Yet of the 20 galleries and institutions that Artnet News contacted, only five, none of which were museums, said that they no longer use Uline. Six confirmed that they still work with the company; nine declined to answer.

For the Art Handlers Alliance, a New York advocacy and mutual aid group that has led an anti-Uline campaign for the past five years, “Our big issue with the Uihleins is not only their funding of extreme right-wing agendas,” but also their support of anti-labor actions, as well as their lack of adequate coronavirus protections for their workers.

Although the boycott aligns with the progressive image the art world often projects, cutting Uline out of the equation has proven more difficult than it sounds. And how to take meaningful action against the tide of far-right politics is a different question altogether. 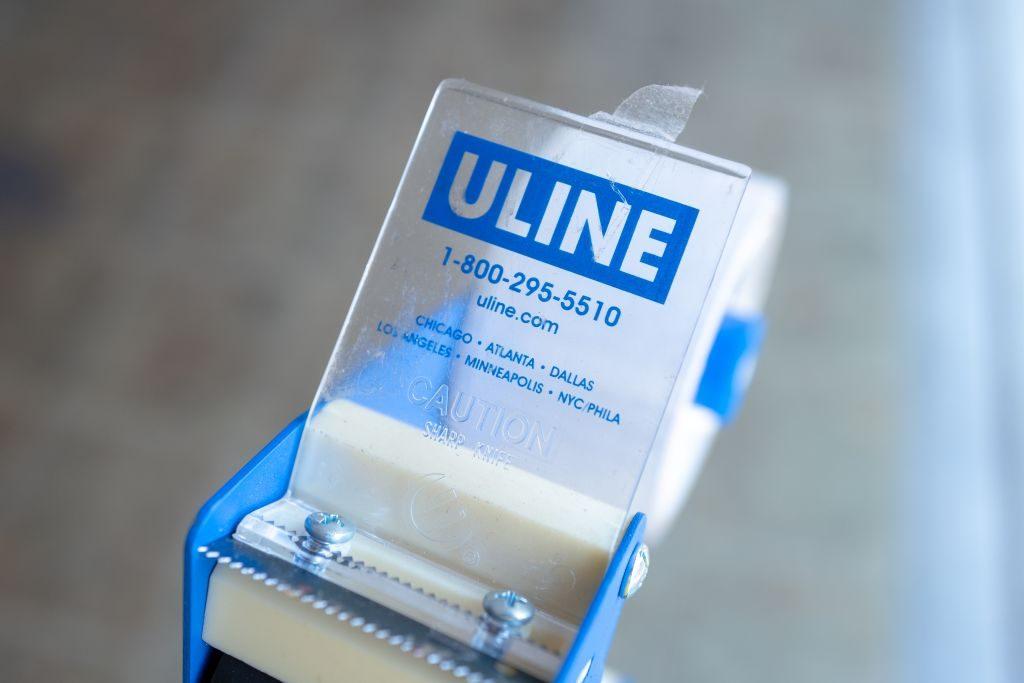 The Amazon of Packing Supplies

In contrast to at least a dozen artists and art-world publicists who told me that they had no problem replacing Uline, a handful of galleries said that they’d like to boycott, but were stymied by the lack of competitive alternatives. Their needs tend to fall into an awkward category: too big to shop at ordinary retailers like Staples or Box Brothers, but too small to open accounts at major commercial wholesalers.

Speaking anonymously, one Los Angeles art handler recalled one local vendor’s polite disinterest in doing business with his gallery: “He told me they normally work with ‘really big distributors’ and recommended looking at ‘other suppliers.’”

Night Gallery’s Nemeroff said she, too, has struggled to find a suitable replacement, having shopped around at a few vendors whose cardboard was either of flimsy quality or arrived damaged. For now, the gallery has settled on buying “passable” cardboard, albeit cut to the wrong size. “Hopefully,” she said, “the influx of all these new galleries in town will also allow for other art logistics companies to thrive, otherwise we’re all out of luck.”

Like Amazon, Uline offers a level of convenience that galleries have grown accustomed to, said Paul Forney, Blum & Poe’s manager of operations. (And their customer service is impeccable; when Artnet contacted a representative for comment, they responded almost immediately to decline.) When the gallery began its boycott five years ago, Forney said, it took two or three other vendors to replace Uline as a one-stop shop.

“It just takes some research to find these people,” he noted. “We have good relationships with Paper Mart, which is local and delivers next-day.” In the L.A. area, he also recommended Southwestern Bag and New Haven, although the gallery could not confirm their political leanings.

The switch cost Blum & Poe about 10 percent more, co-founder Jeff Poe confirmed, “but this is a moral and ethical issue,” he said. “Saving a few bucks because it’s easy shouldn’t be the most important thing.” The gallery was willing to eat the cost, with shipping supplies accounting for only “a fraction of one percent” of its total operating budget. 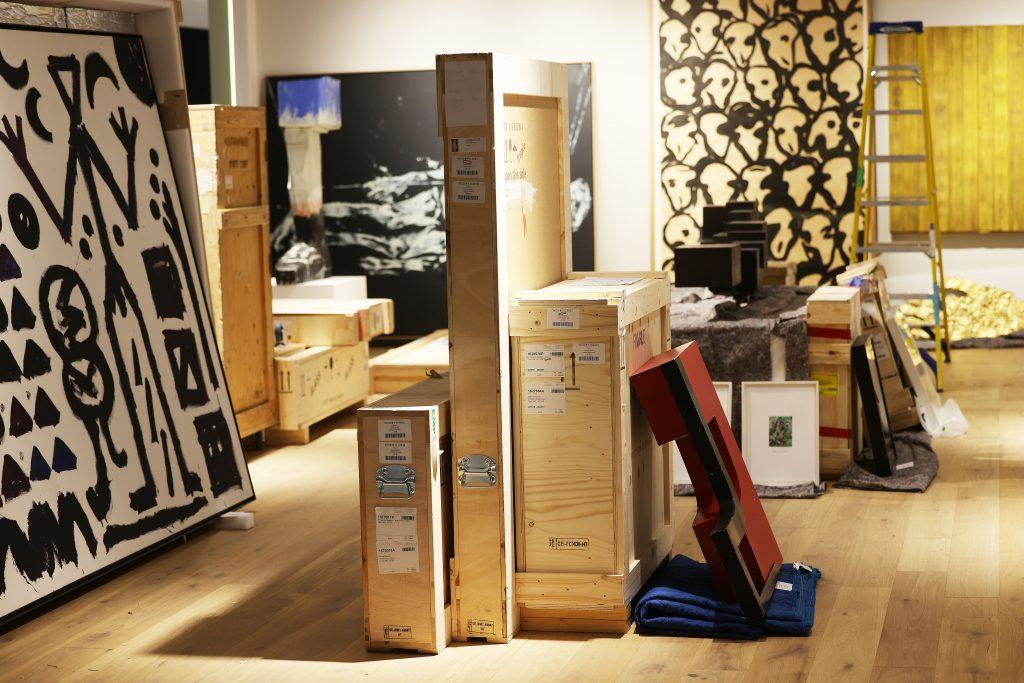 Works packed up for arrival at an art fair in June 2022. (Photo by Oliver Berg/picture alliance via Getty Images)

That less-than-one-percent figure calls into question the efficacy of any individual gallery against Uline’s estimated $5.8 billion in annual revenue. Even if galleries stop using the brand, their contractors in any other industry, from construction to publishing, are still likely to be customers. But Poe remains optimistic. “I’m certain that if artists, museums, galleries, shippers, and other industries boycotted Uline, yes that would be impactful,” he said.

Further complicating the boycott is the fact that galleries were unable to vouch for other vendors’ politics. The anonymous online resource RefuseULINE.com, founded in 2021, presents a list of alternatives with a disclaimer: “While we can’t vet the political affiliations of every company below, rest assured that none are funneling as much dark money into far-right extremism as ULINE.”

In lieu of searching for ethical cardboard, an alternative solution to the Uline conundrum would be cutting its political power at the source. According to Forbes, the Uihleins’ annual political donations from the ’90s to 2009 averaged $15,000, a relatively paltry figure that changed dramatically after 2010, when the Supreme Court’s ruling in Citizens United v. FEC effectively opened the door to unlimited political contributions.

Overturning Citizens United would not remove the Uihleins—nor myriad other figures who throw their weight against progressive causes—from the art world. But it would remove their money from politics.