Home News After Years of Debate, Leading Experts Have Finally Decided What Defines an... 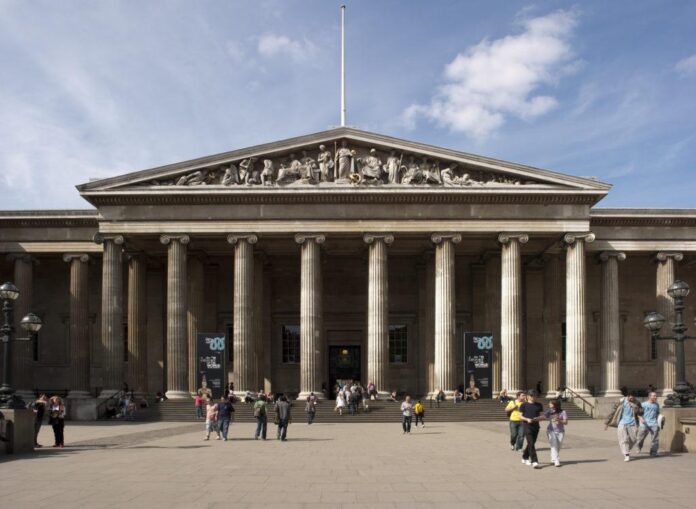 What does it mean to be a museum? After years of controversy and debate, the word officially has a new definition from the International Council of Museums (ICOM), a 76-year-old professional organization that works with UNESCO to oversee the global museum community.

“This is the culmination of a long, long process that started in 2015,” ICOM president Alberto Garlandi said at a press briefing. “This definition is maybe not perfect… but it is seen as a great step forward for the museum community.”

Here is the full definition from ICOM:

A museum is a not-for-profit, permanent institution in the service of society that researches, collects, conserves, interprets, and exhibits tangible and intangible heritage. Open to the public, accessible and inclusive, museums foster diversity and sustainability. They operate and communicate ethically, professionally, and with the participation of communities, offering varied experiences for education, enjoyment, reflection, and knowledge sharing. 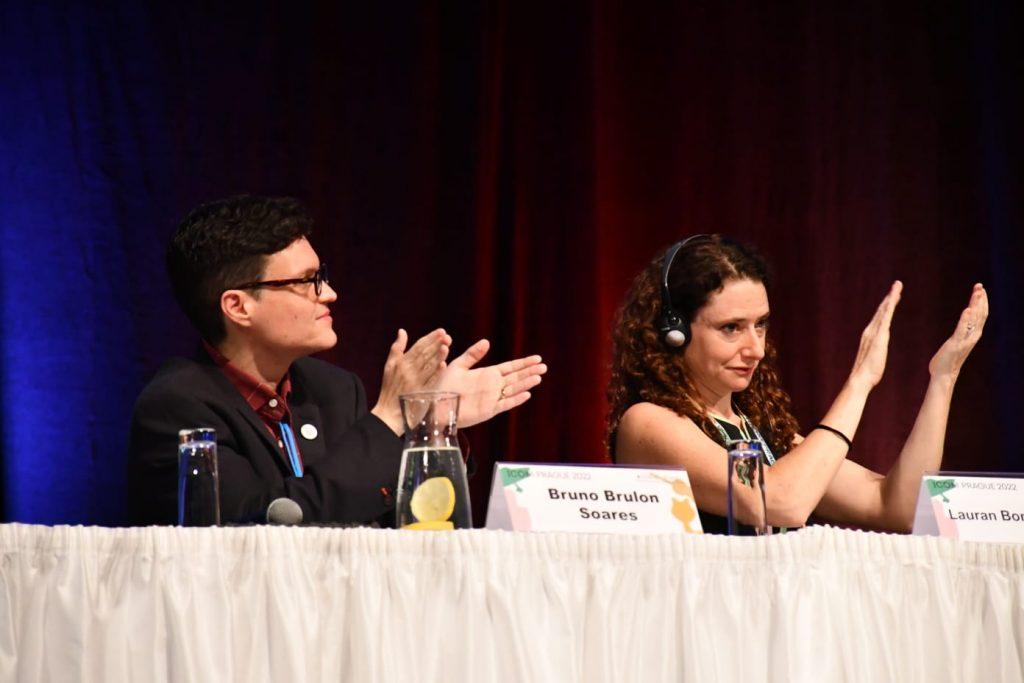 At first glance, the new definition does not seem to deviate that much from the existing one, which was last updated in 2007 and remained essentially unchanged since the 1970s. But while the structure is similar, it has 13 new words or concepts, many of which are quite progressive in nature—such as “diversity,” “sustainability,” “ethically,” and “accessible”—reflecting the evolving nature of museums’ role within society.

“The old definition was passive, just about having a collection,” said Bruno Brulon, co-chair of ICOM Define, the committee overseeing the formulation of the definition. “The new definition is much more active.”

The revision passed with 92 percent of the vote on the last day of ICOM’s General Conference in Prague. Its nearly unanimous approval marked a dramatic turnaround from the organization’s last conference, in Kyoto in 2019.

Ahead of that gathering, 24 national ICOM committees voiced their objection to a proposed definition criticized as “too ideological,” and the vote was postponed.

That rejected definition, a meandering 99 words, spoke of museums as “democratizing, inclusive, and polyphonic spaces for critical dialogue about the pasts and the futures” and championed “human dignity and social justice, global equality, and planetary well being.” 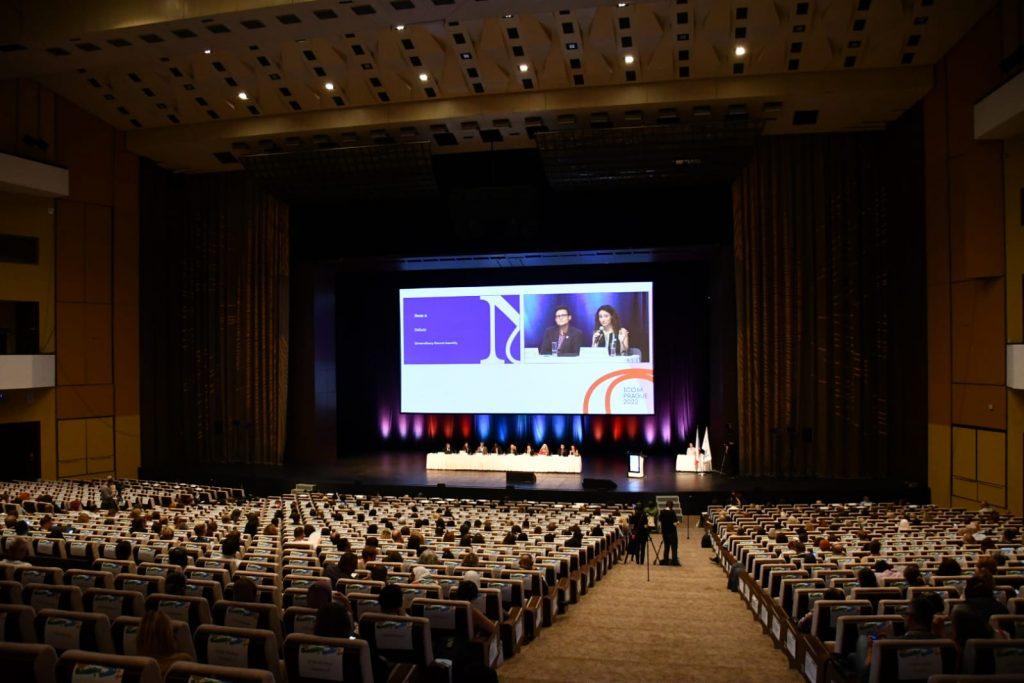 The controversy seemed to open a fissure inside ICOM, dividing the organization along progressive and conservative lines. The question was, should a museum’s purpose be to educate and collect, or should it also use its collection to work for the betterment of society?

Determined to reach an accord, ICOM launched an 18-month process that solicited opinions from all of its members, and was transparent every step of the way. A committee of seven people was replaced with a much larger ICOM Define committee that included many of the voices who had been most vocal in their opposition to the 2019 draft.

“In the start it was rocky,” Inyung Chang, vice president of ICOM Korea, admitted at the conference’s panel discussion on the subject. But eventually, point by point, a consensus emerged.

Every word in the new definition was carefully considered, such as whether it should refer to museums as institutions, organizations, or spaces. It was also important to consider what form of the word to use—to describe a museum as ethical, or say it must operate ethically, for instance.

“We really built it together,” ICOM Define co-chair Lauran Bonilla Merchav said. “Some of these terms may seem like they’re of the moment, but they’re not. They’re actually terms that are adaptable and flexible, that can be applied to museum circumstances in the moment.”

There were four consultation rounds, including one where every existing ICOM committee was invited to submit a list of 20 key words or concepts it believed should be included in the final draft.

ICOM Define and an external team analyzed the resulting 127 unique words to determine which ones were most commonly occurring. Those became the building blocks for the final definition, with the committee presenting five drafts to ICOM members. Based on feedback on what worked about each option, a final version was refined and then put to a vote. 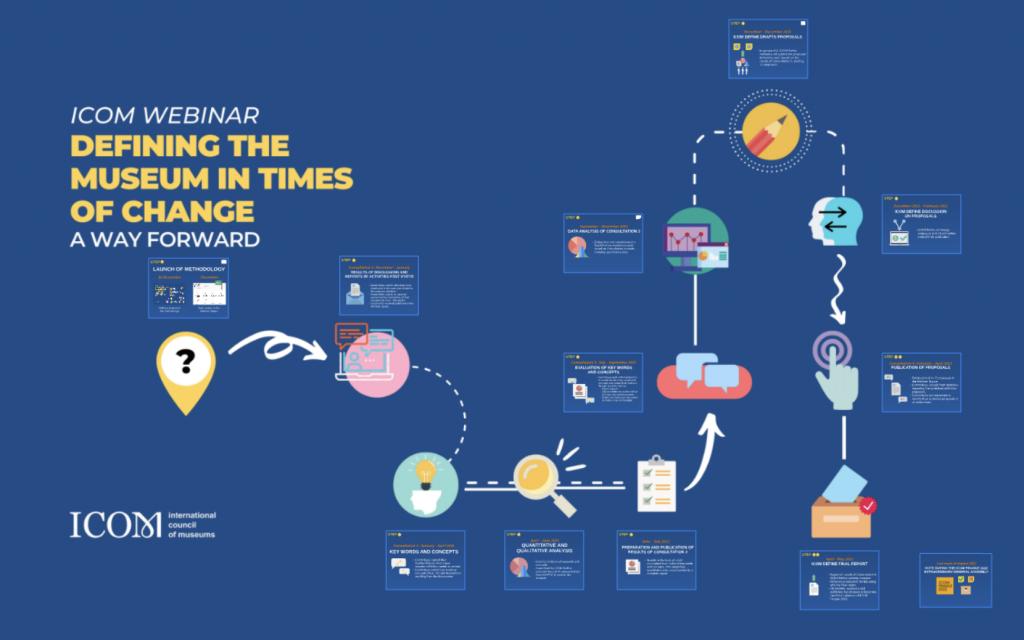 But inevitably, with a process involving so many thousands of people, not everyone was satisfied with what made the cut.

“To be honest, it’s not progressive enough for me either,” Chung added, “but we have to have something.”

ICOM feels that the new definition is both illustrative of the ways in which museums have changed in recent years to become more responsive to the needs of their communities, and a roadmap that can help guide museums that are not yet doing that essential work.

“Museums that aren’t concerned with sustainability or diversity, these are now terms that are in the definition, so they have to consider them,” Bonilla Merchav said. “Museum now have to dedicate themselves to making the world a better place. That’s the big change that has taken place with this definition.”