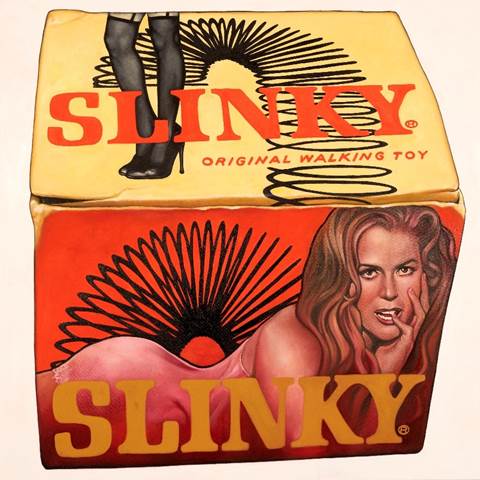 If you didn’t catch the opening of PRETTY, Delightful, Desirable, DANGEROUS last month, then you’re in luck because William Nelson’s exhibition is on view through the end of October!

William Nelson is known for his paintings that assemble unlikely pairs, or groups of figures – such as Hollywood film icons and nostalgic comic book environments – that would not normally be considered in the same frame.

In his newest series, PRETTY, Delightful, Desirable, DANGEROUS, he ditches the comic book environments for iconic New York City locations to recreate the synopsis of notable movies. Each painting in the series poses a question; the viewer is invited to enter the intersection between the figures to interpret and reinterpret, the subject of the painting, to explore the link between the figures. Sometimes what’s going on is intense, however, the playful expression of the paintings empowers further examination of challenging subjects.