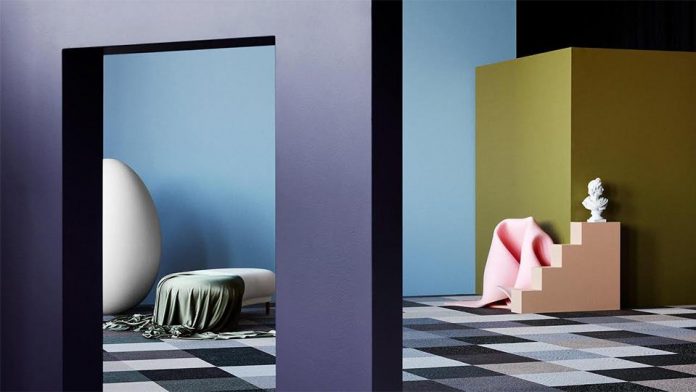 Every year several hundreds of events are held in the world, bringing together collectors and art lovers. At the art fairs, you can not only get acquainted with artists, gallery owners and discover new stars of the art world, but also buy a favorite art object. We tell you what events are worth going to this year.

The mass exodus of art fairs online, which started with Art Basel in Hong Kong, continues to this day – have already announced the cancellation of live shows November Tefaf in New York and the same Art Basel in Miami in December. But the results of all online contemporary art shows over the past six months have been disappointing for most gallery owners.

There is no doubt that annual art fairs play a key role in the global contemporary art market. It is here that the directions of development of the art industry are set, new names are opened, art trends are born and major deals are concluded. In a utilitarian sense, art fairs are trade fairs that bring together collectors, art gallery owners, agents, and artists from around the world. 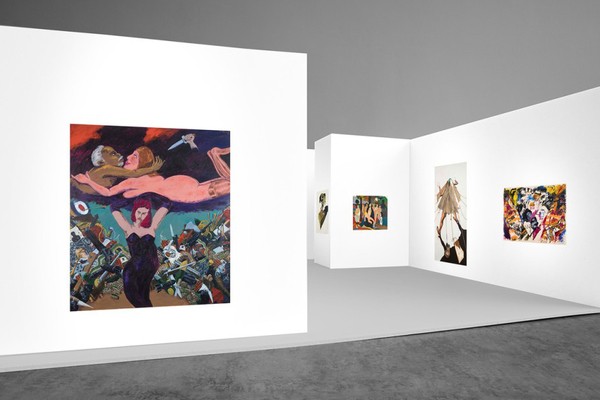 Visitors to the art fair are tempted to see and, if they are lucky enough, to buy works by still unknown contemporary artists before critics and experts give them their assessment and they will be on display at the Georges Pompidou Center or the Guggenheim Museum. Walking around the halls, you can immerse yourself in the atmosphere of contemporary art, compete in erudition with novices and professionals from all over the world, get acquainted with new galleries and artists, get inspiration and encouragement.

Today the modern art world is one of the most dynamically developing branches of cultural industry. A huge number of museums and galleries, fairs and biennale, artists and curators, auction houses and private dealers around the world – this is what this ecosystem looks like. Moreover, the turnover of the global art market grows every year and contemporary art is its key component.

The relevance of contemporary art is determined by the environment in which it exists. Not the sterile coldness of museum halls, but a live dialogue with the modern man. For example, in the hotels of the most cosmopolitan and dynamic city of the XXI century – New York. 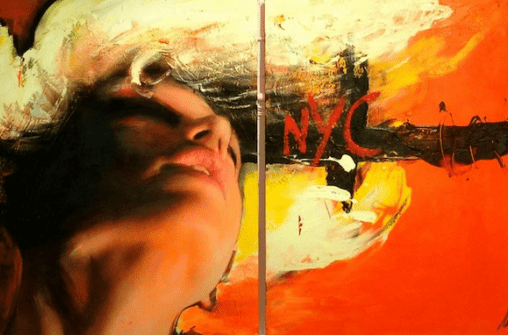 Let’s look into some of them and see how great art lives outside the exhibition halls.

In the summer of 2015 Langham Place opened its doors to contemporary art: the hall and reception area are waiting for a complete change of decor to match the new acquisitions – two huge canvases of pop art genius and one of the most expensive artists of our time – Alex Katz. A total of $2 million was spent by the hotel to purchase one of the best collections of Alex Katz in the world. “I chose Alex Katz because his works represent the brightest life in New York City,” said Dr. Lowe, Chairman of Langham Hospitality Group. “From that moment the hotel was acquired, I knew Alex Katz would be perfect for us to own it. The hotel collection today consists of several large paintings, lithographs, and prints. In addition to the lobby and hall on the lower level, most of the collection will be placed on the third floor of the hotel, where the reception and conference rooms are located. 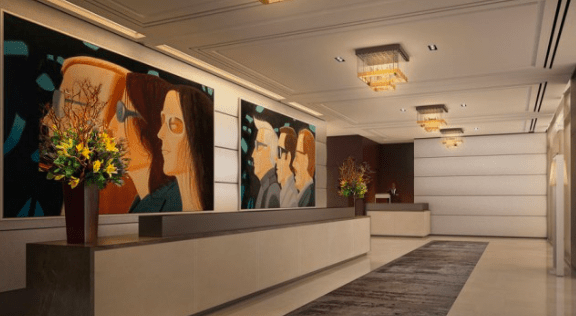 Alex Katz is a contemporary New York artist, born in Brooklyn. He is a bright representative of pop art, though he insists that his paintings are “as realistic as Rembrandt’s paintings”. His work “Blue Umbrella No. 2” belongs to a kind of record: it was sold for a “devilish” amount of $666 thousand in 1972.

During the recent reconstruction, the famous designer Lauren Rottet tried to integrate into the hotel’s historical past the most relevant concepts of environmental organization and an impressive collection of contemporary art. In the summer of 2015, right in the hotel lobby, guests are welcomed with extraordinary and bright works under the general name REVEALED: FACES OF OUR TIME. It is a joint project at the Frieze New York Fair. The main place belongs to the huge works of Mark Boomershine, created at the junction of pop art and photorealism. A series of faces, the most famous and brightest people of our time – show business stars. 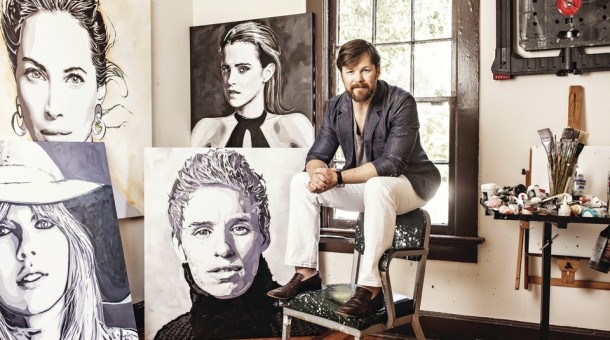 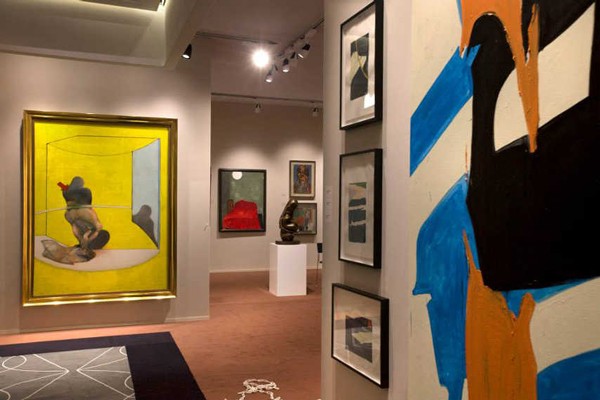 Founded in 2003 in London, the Fair for the last 10 years is also based in New York. Innovative and experimental, it is distinguished by its novelty: the works exhibited at the stands must be no older than one year. Most of the works are presented here for the first time, although there are often those that have already been shown at Art Basel and other prestigious fairs.

Because of the coronavirus pandemic, many spring art fairs were forced to cancel events in favor of digital solutions that can be accessed from home. New York’s Frieze fair opened on Wednesday for VIP guests and on Friday for all comers. The format for the public is still controversial: on the one hand, the filter system allows you to focus on important parameters and find the right art faster; on the other hand, the most important part of the art fairs is communication and atmosphere, which has not yet been achieved online.

Regardless of whether or not the art fairs will be held, moved to autumn, virtual viewing rooms will become part of their parallel program.

The results of the Frieze New York art fair 2020

Frieze New York was the second major online art fair after Art Basel Hong Kong due to the pandemic. More than 1600 works from 200 galleries around the world were presented to visitors and potential buyers of the online fair. Previews were held on May 6-7, the main days of the fair – May 8-15.

As might be expected, some large galleries reported sales even at the preview stage. 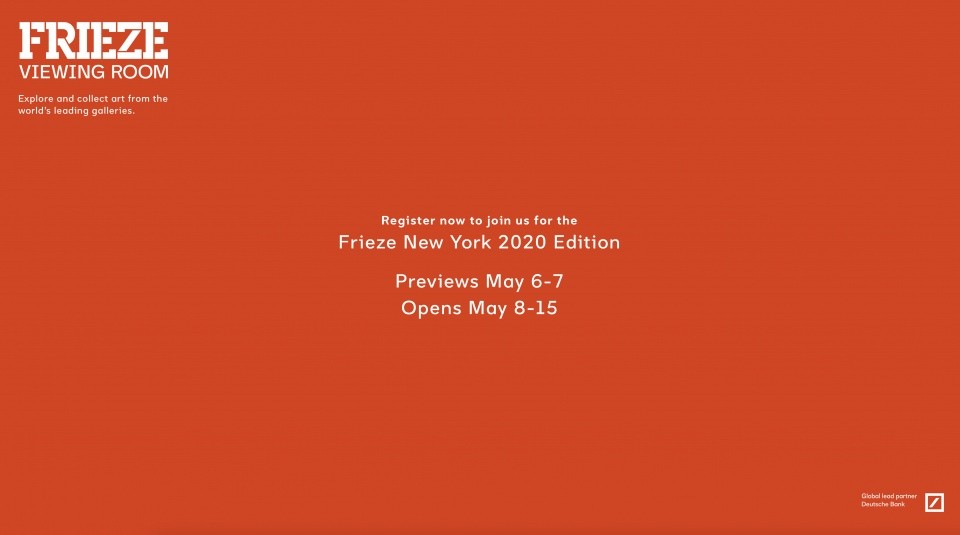 Gagosian Gallery reported on the sale of most of the works of Katharina Gross, which were exhibited at a price from $ 43 thousand to $ 157 thousand during the first hours of the fair.

David Zwirner’s Gallery, which presented 28 works by various artists, reported about making deals for large sums of money – “Veronica” by Alice Neil for $ 550 thousand, “Sun Flame” by Michael Borremands for $ 480 thousand, a painting by Susan Frecon for $ 400 thousand and several other works, the amount of deals on which is not disclosed.

Despite the impressive amount of money, the statistics of the online fair shows that the greatest demand was for paintings in the price category up to $ 10 thousand.

Many gallery owners reported that they were not satisfied with the live communication, and they faced difficulties at the stage of posting information about the presented works. On the other hand, the positive features of the online format of the fair were the transparency of prices, lack of costs for equipping exhibition spaces and transportation of art objects, and, of course, the very possibility of activities in the conditions of the pandemic. 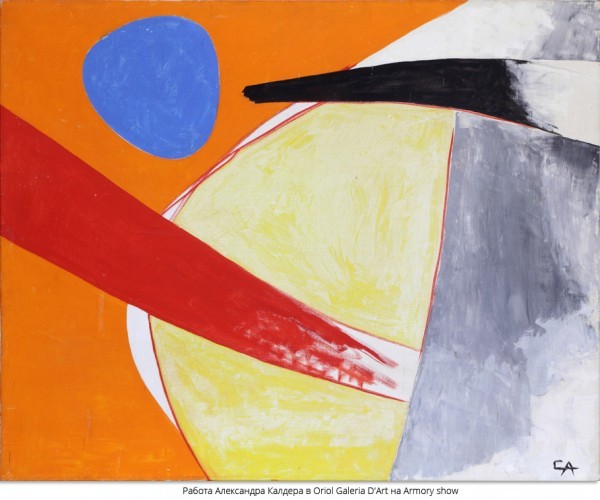 The Armory show has a good reputation. However, you should go there only because it is held in New York. And this city, as you know, is the capital of the world.

There is a special attitude to the owners of VIP-cards. About a month before the official opening, a personal newsletter informs in detail that this fair is the 14th, that this year’s main guests are galleries from northern countries (Denmark, Norway, Sweden, Iceland and Finland) and that this is, of course, “the best show ever”. And it all began in 1994 at the Gramercy Hotel, where four American art dealers made the Gramercy International Art Fair. As sales grew, the number of exhibitors increased, more space was needed, and the fair moved closer to the Hudson River to the berths 92 and 94 in the huge space of the former passenger ship terminal. Very convenient, by the way: three steps away is the famous Chelsea Gallery district, where the number of galleries per square meter is comparable in density to the boutique magnificence on Madison Avenue. 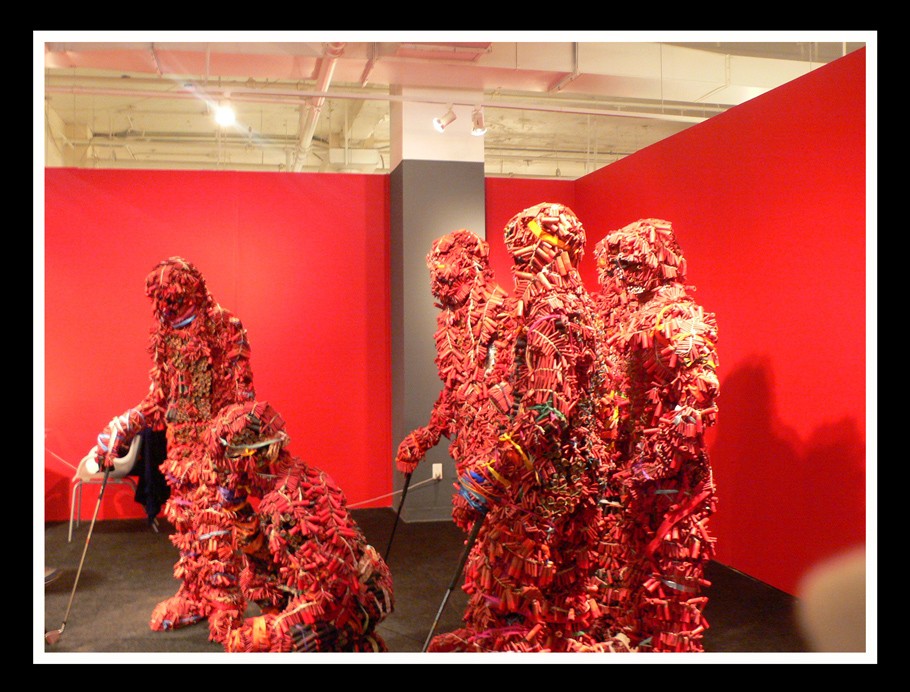 The fairs work according to their own laws: the most prestigious time for a visit is the morning of the first day – and the Armory show is no exception. The rule “he who gets up early – God serves him” works without fail. Real collectors understand that at 9 AM local time it’s not so much about the cost as about the possibility to buy the work they liked.

It is difficult and fascinating not only the collector’s fate – to be a VIP at this festival of art life also requires excellent physical training. From 9 to 10 am a private visit to the Guggenheim Museum and the sculptor John Chamberlain’s exhibition. Then visit the Museum of American Art and Whitney Biennale. Later, the discussion of the new Israeli authors (it is valued as very emotional and very promising) among the venerable curators and critics in Sotheby’s. Then a visit to Cindy Sherman’s personal exhibition in MOMA, where Eva Respini, curator of the photography department, gives a personal tour. And then a tour of the stands of the galleries that participate in the satellite fairs (Volta, Independent, Dependent, Scope)… 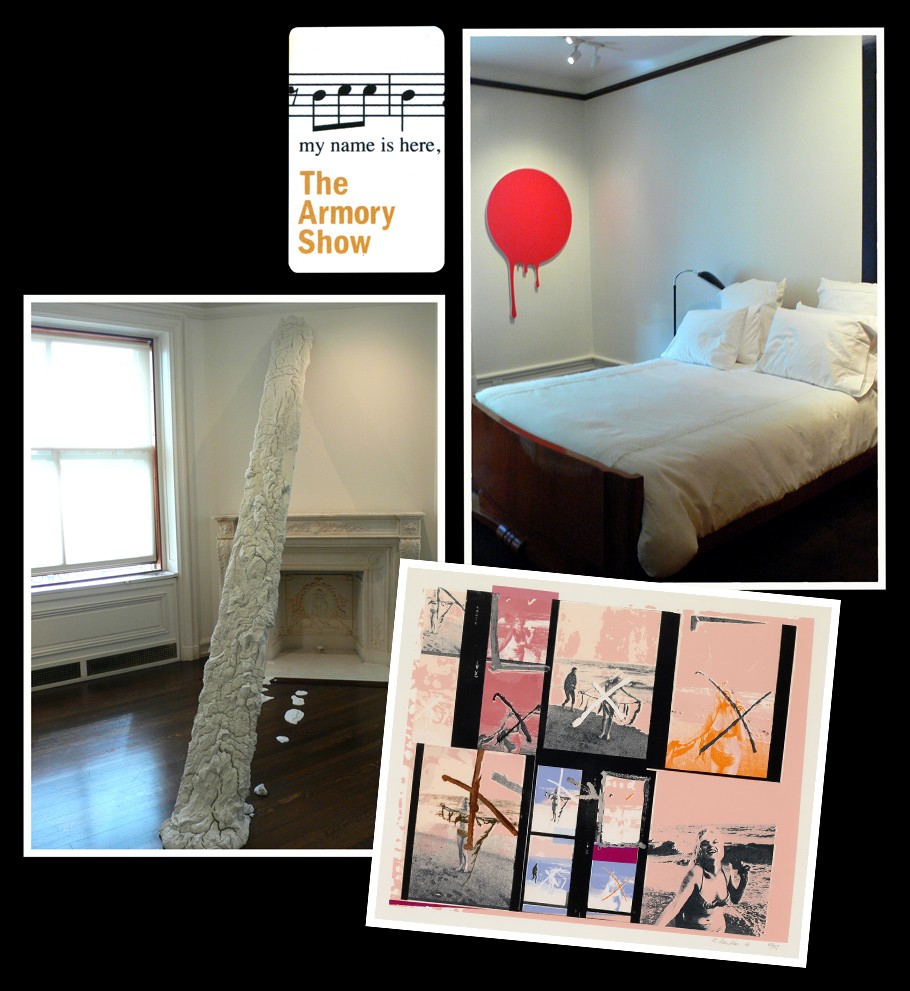 Being the central event, the Armory show, like a magnet, attracts various parallel events. But in the intervals, you need to find strength and time to change and have a snack. But who thinks about it, if there is an invitation in hand and there is a chance to finish the day at the vernissage of the French artist Nicholas Paul Rooms At The NeverLodge, which is satisfied with Vladimir Restuan Reutfeld, son of the famous former chief editor of the French Vogue Karin Reutfeld?! “Am I here to sleep?” – The main idea is when you order a wake-up call at 8 am the next day. 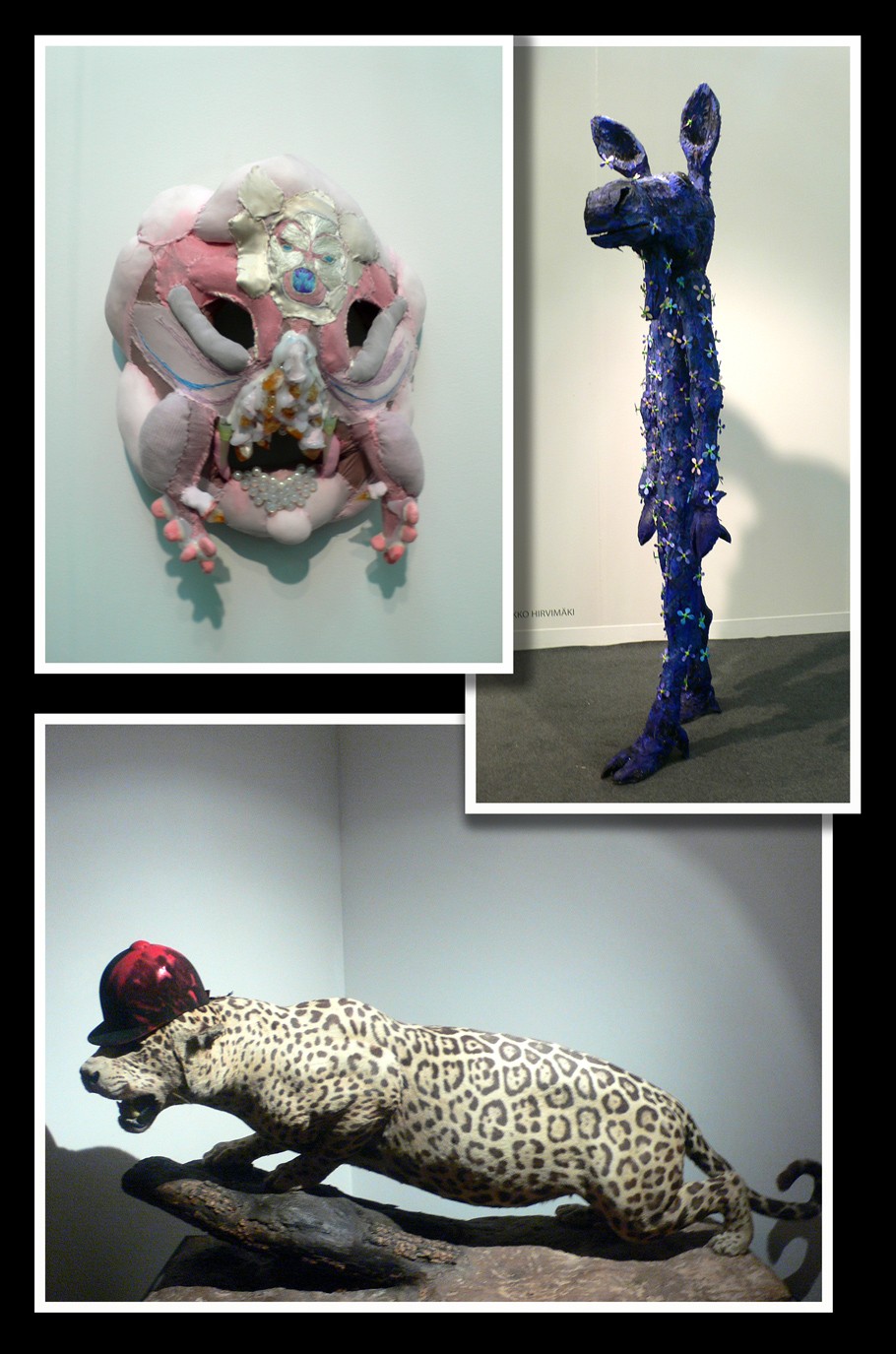 Visiting private collections is what many people come to New York for. For example, Artisanal house in Soho Susan and Marvina Numeroff.

“My ancestors were Russians”, – proudly declares the 81-year-old owner and conducts a tour of the exhibition of drawings in the style of noir films of Dutchman Marcel van Eeden. 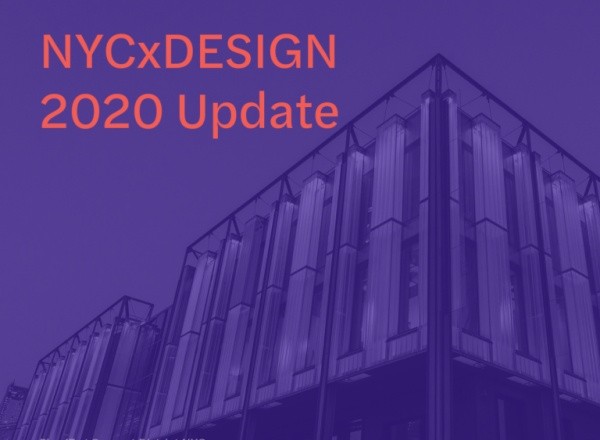 One more design fair in New York. The program, as usual, exhibitions, installations, pop-up stores, panel discussions and open studios are a great way to get acquainted with American design. 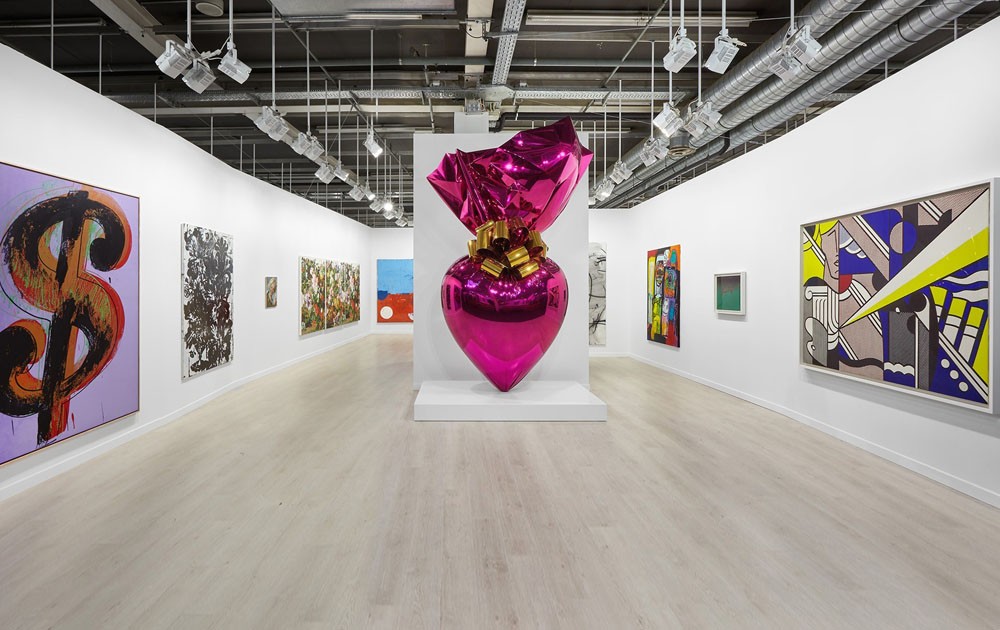 At the American show Art Basel, the leading galleries from North America, Latin America, Europe, and Asia show significant works of masters of modern and contemporary art, as well as the new generation of young stars. 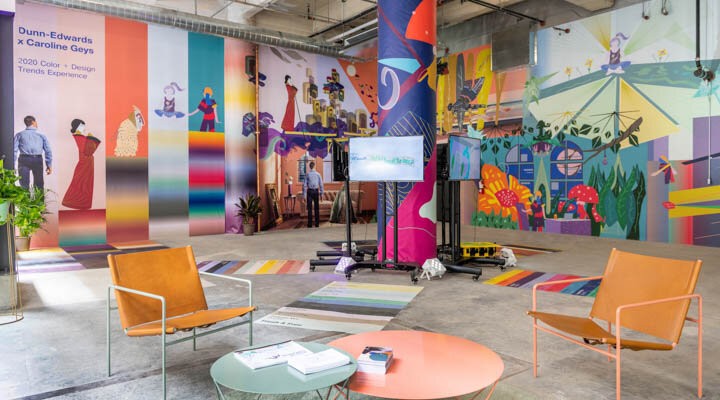 Auction house HotLotz Singapore moved the bidding of Asian art. The auction of works of Chinese art, scheduled for March 2, has been canceled altogether. “It makes no sense to sell Chinese art in the absence of Chinese buyers,” – said the director of the auction house Matthew Elton.

The Grand Palais invites you to stroll through Pompeii