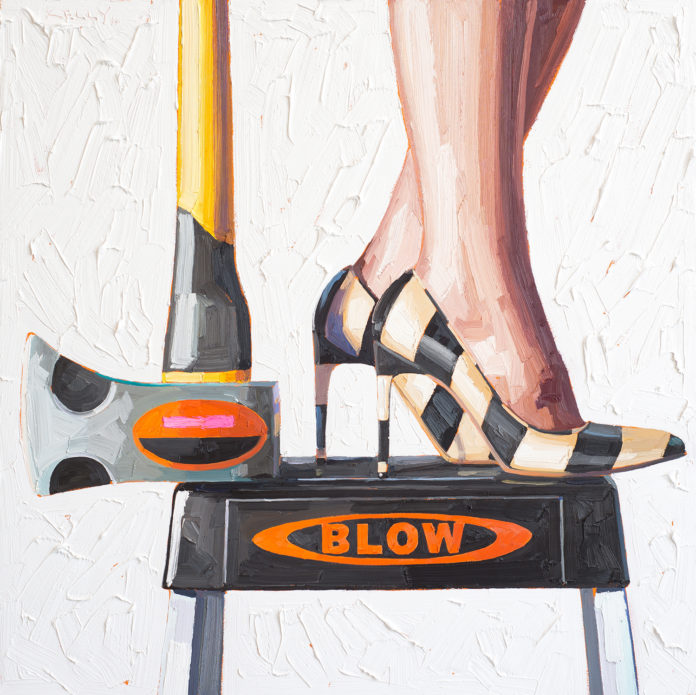 Kelly Reemtsen’s artwork brings into form the modern day woman, complete with high heels and a chainsaw. With a keen eye kept on contemporary women’s issues, her paintings portray women that exhibit a confident strength while weilding different heavy-duty tools like axes and wrenches. 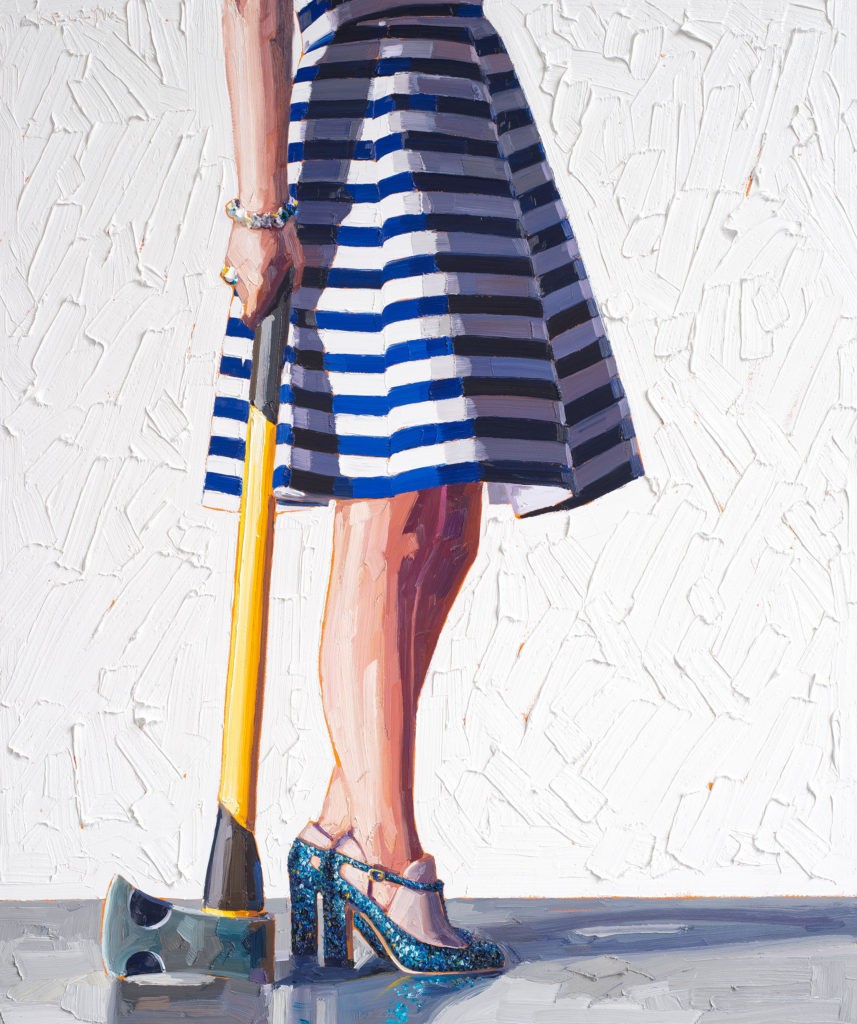 The artist’s use of thick brushstrokes and bright colours brings a boldness to her subjects that adds to an already definitive conviction that can be felt in her work. Understanding the struggles that often come with being a woman in today’s society, her artwork, with titles like Fuck the System, pays homage to the strong females that continue to work hard and persevere in a male dominated world. 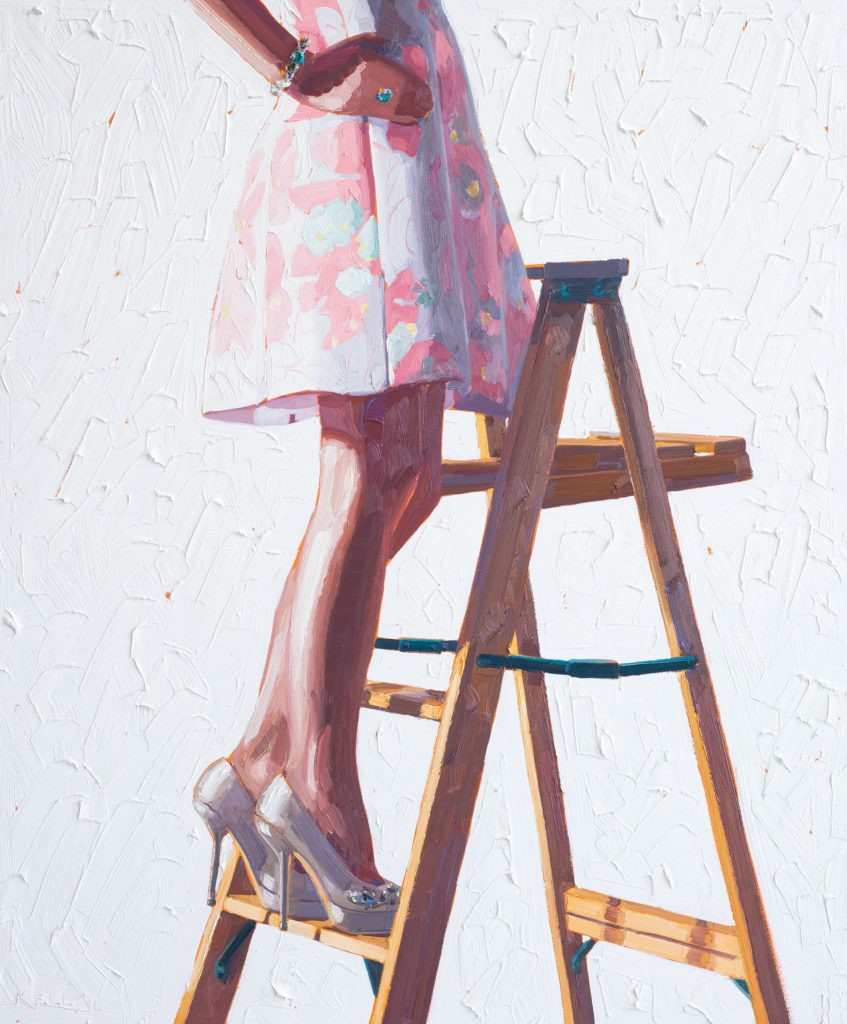 The artist skillfully combines the atmosphere of pin-up with the attributes of horror films, thus acting with a critique of social inequality. 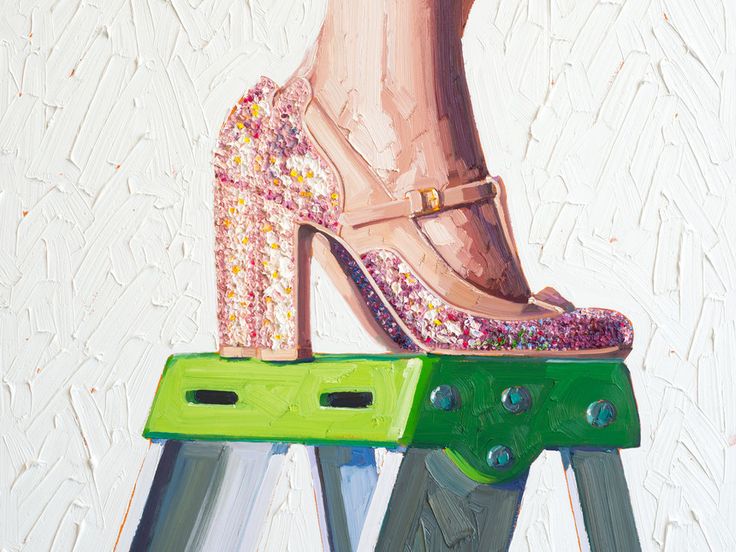 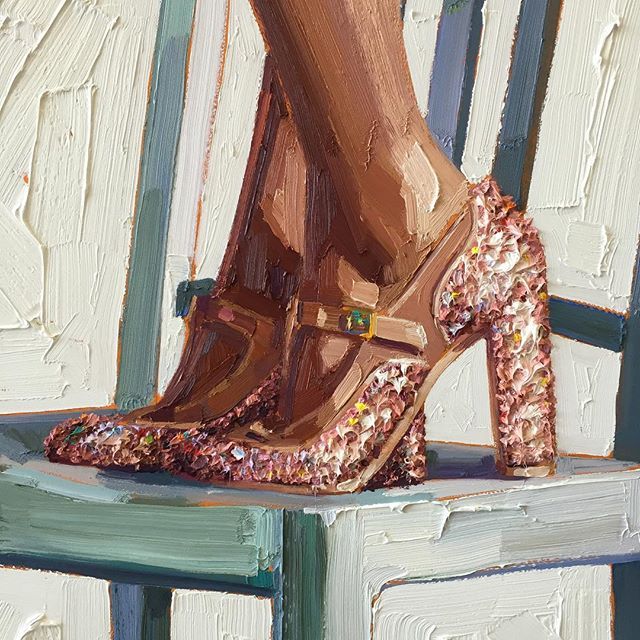 The aesthetics of Reemtsen’s works are based on a provocative combination of the color palette of postcards of the middle of the last century and objects borrowed from the slasher film. In the hands of the heroine of the Reemtsen paintings, they keep that ax, the huge garden scissors, and even the chainsaw, are the usual tools for killing heroes of such films as “Halloween” and “Texas Chainsaw Massacre.” 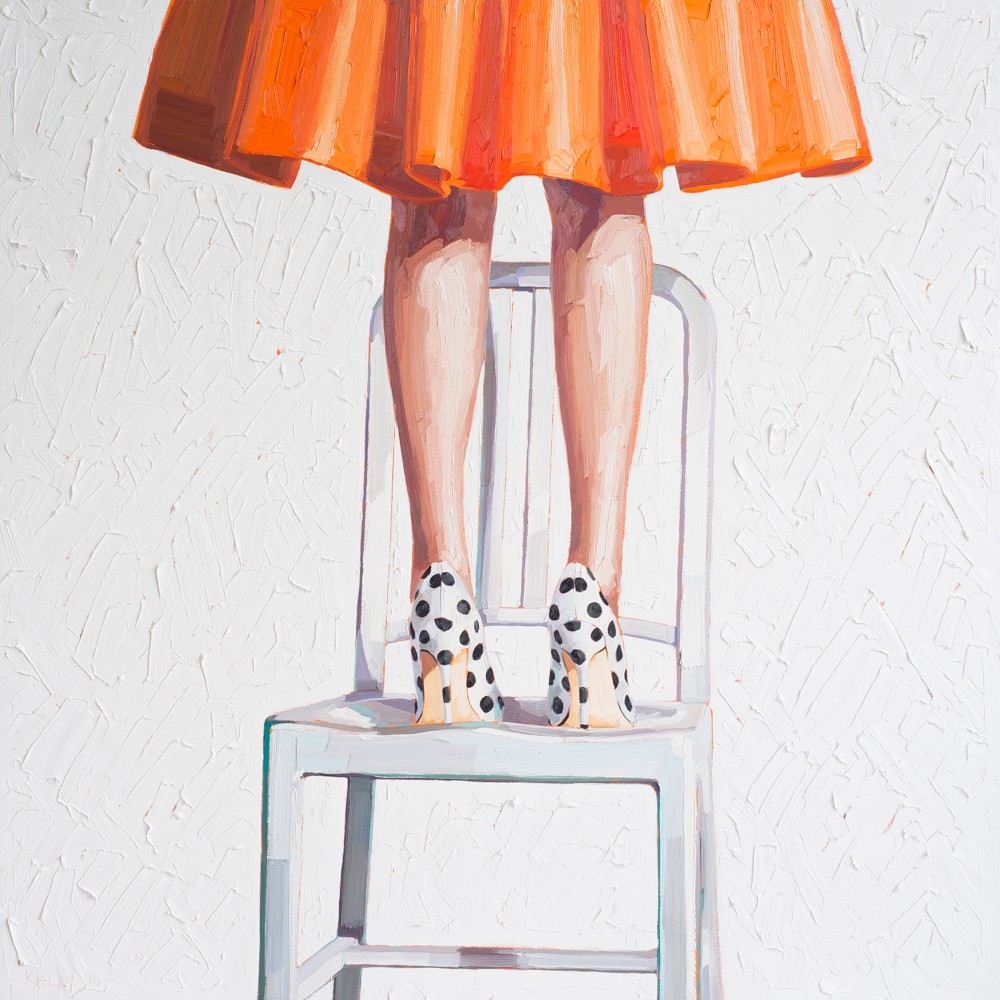 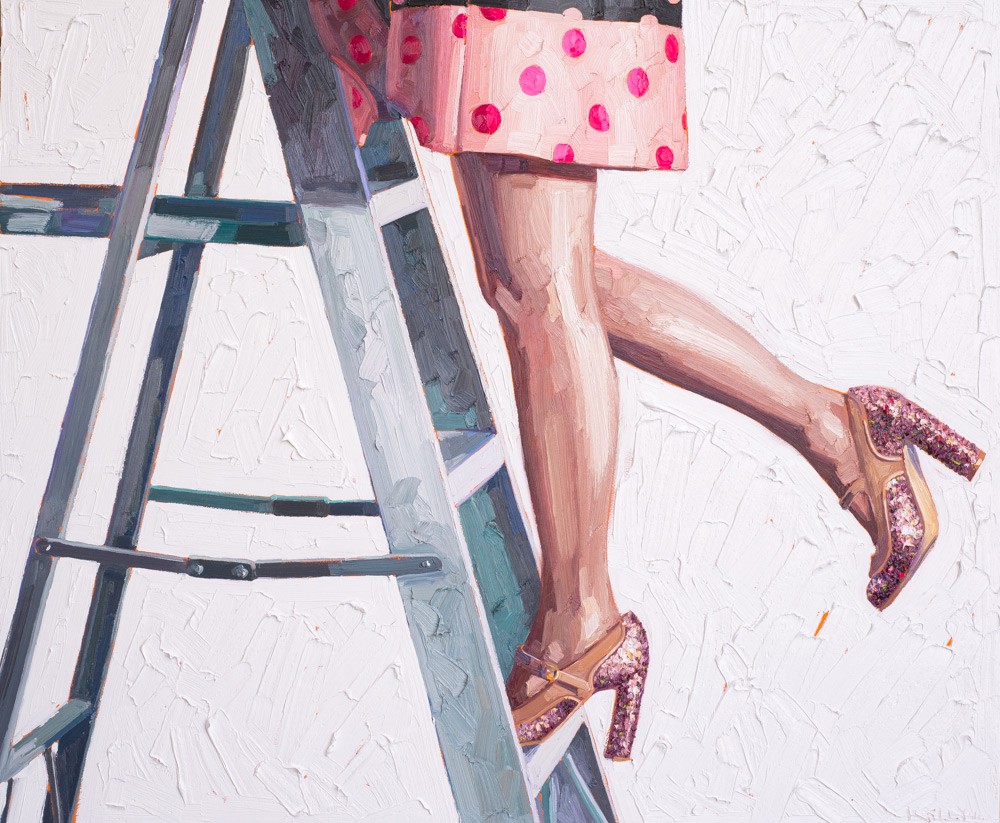 The artist tries to frighten the viewer – and thus draw attention to the status of women in society. The gender disparity and the image of a woman as a “beautiful doll”, in a bright dress standing next to the stove, does not suit Kelly Reemtsen. In her opinion, such social problems are much worse than a movie maniac with a chainsaw. 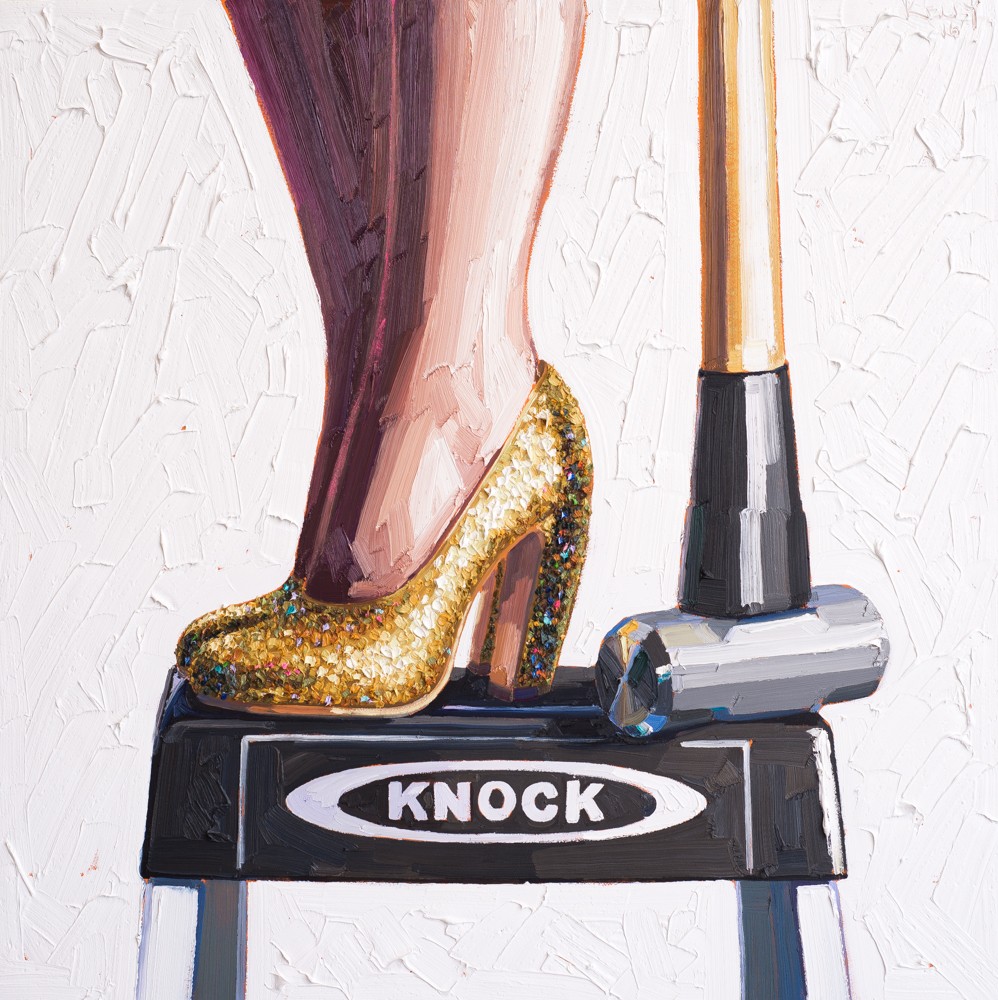 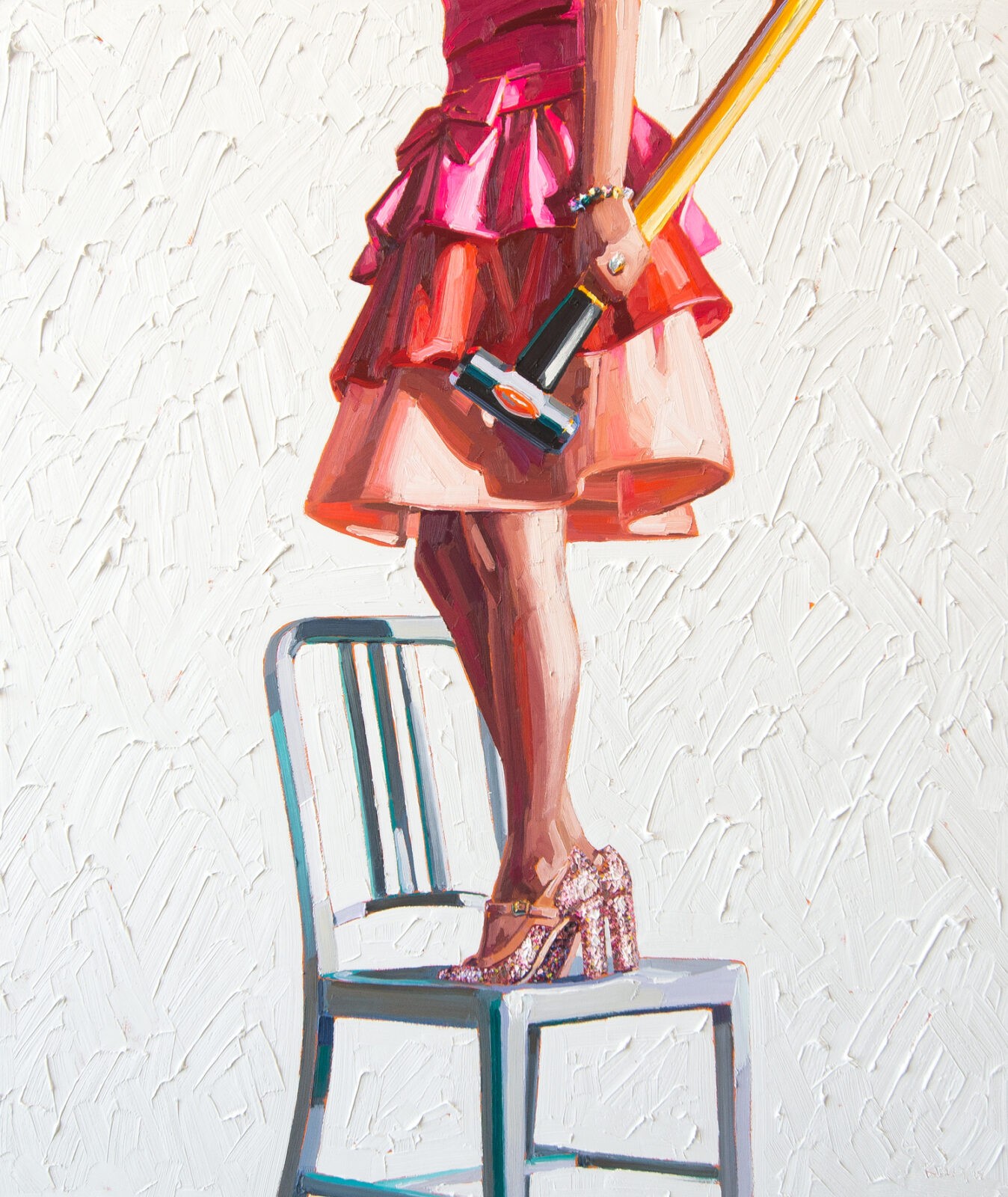 The pieces juxtapose high fashion with tools and other construction equipment, placing sequenced high heels alongside sledgehammers and hefty axes. The colorfully painted works are Reemtsen’s comment on modern femininity. By placing tools in each of her subjects’ hands, the LA-based artist showcases that having feminine identification doesn’t mean fitting into a predetermined role. 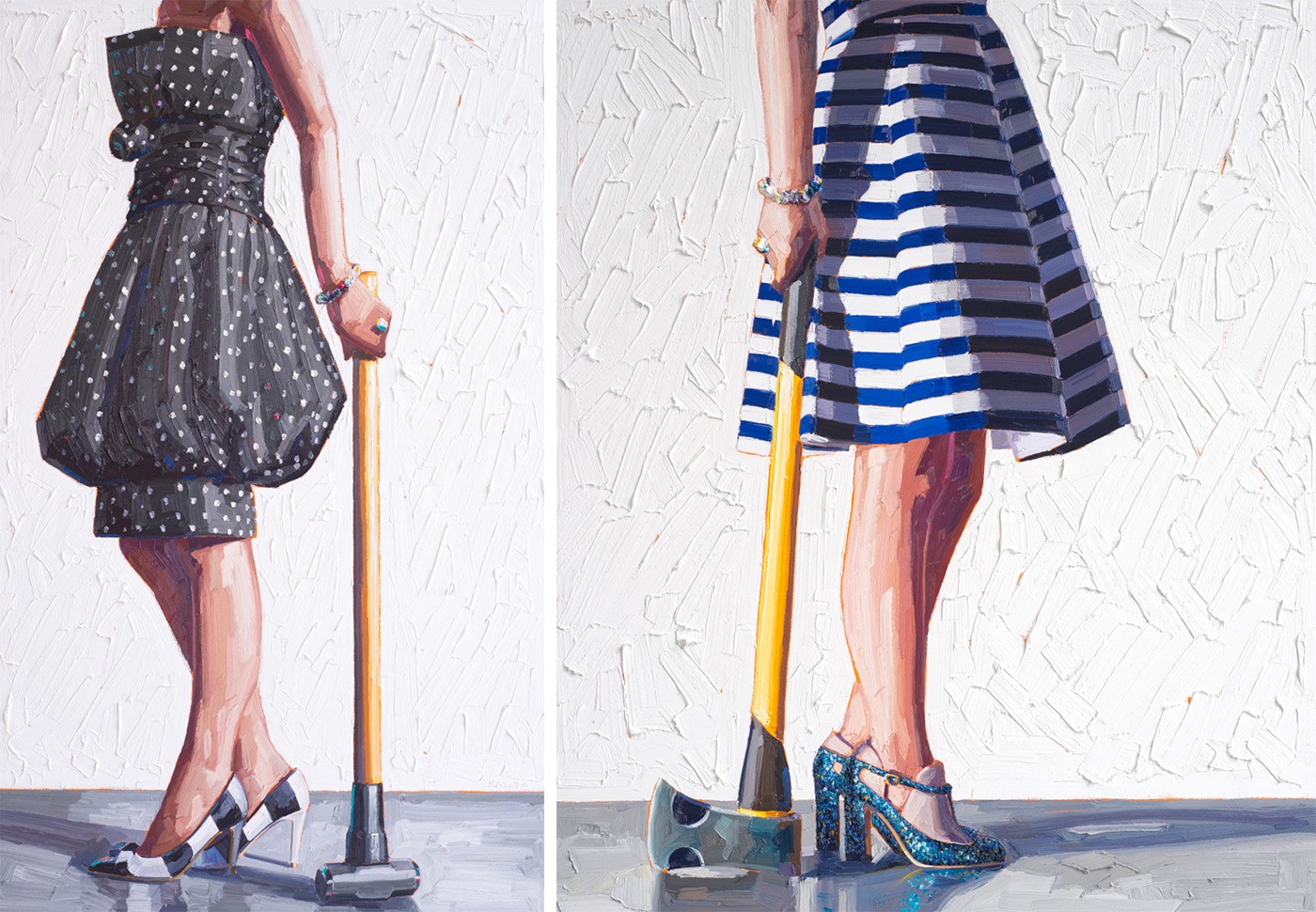 Like other contemporary artists (for example, Russian-American artist Irina Davis and American Rion Sabin), Kelly Reemtsen deals with the traditions of pin-up. But the attractive characters of her works hold objects in hand that would have been more appropriate in the hands of a man in the 1950s. This is not only a hint of horror films, but also a statement that both women are capable of physical labor and are perfectly able to handle both an ax and a saw. Housewives, helpless when there is no strong man around? No matter how it is. 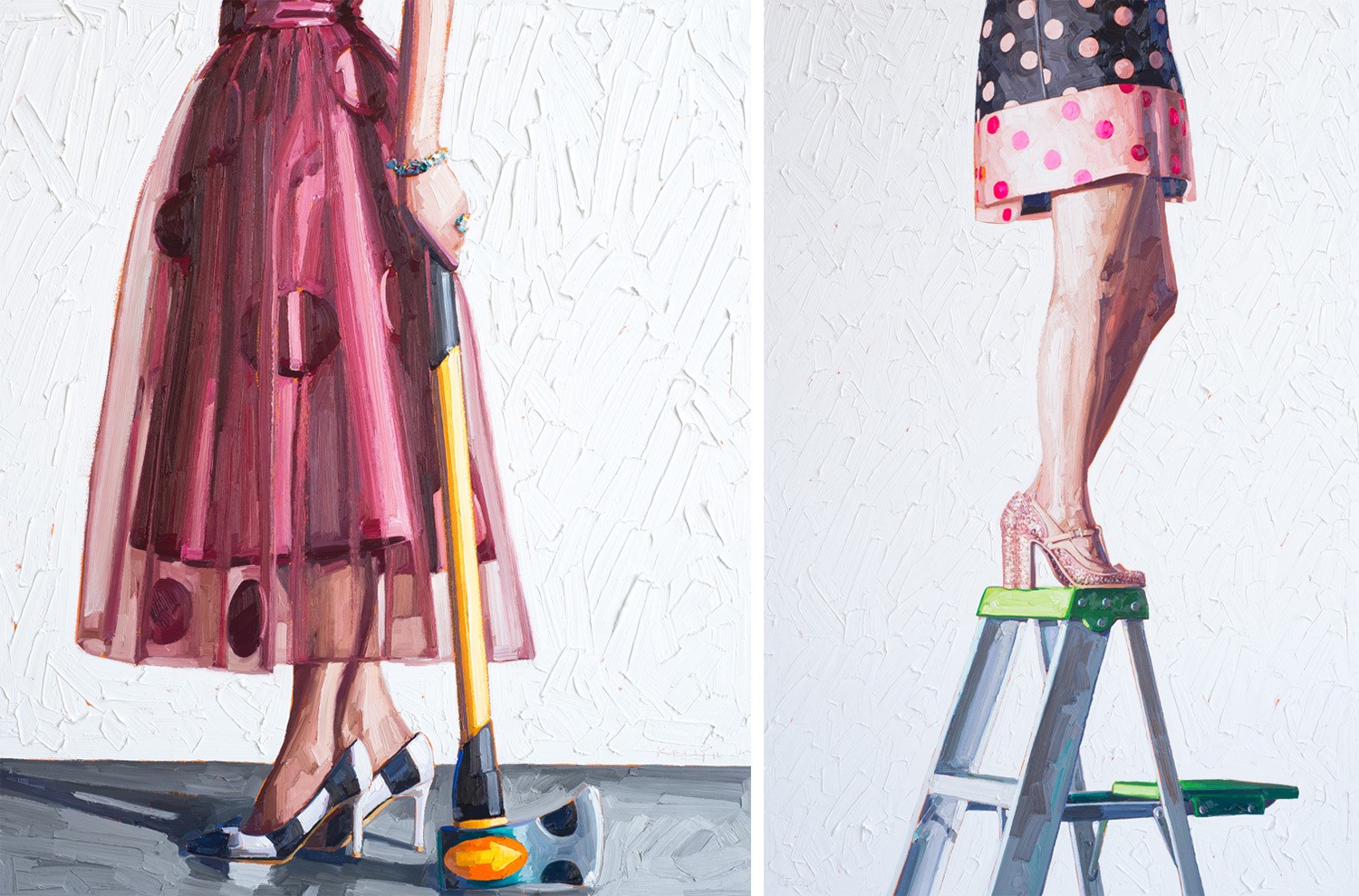 You can view more of her fashionably dressed subjects on her website.