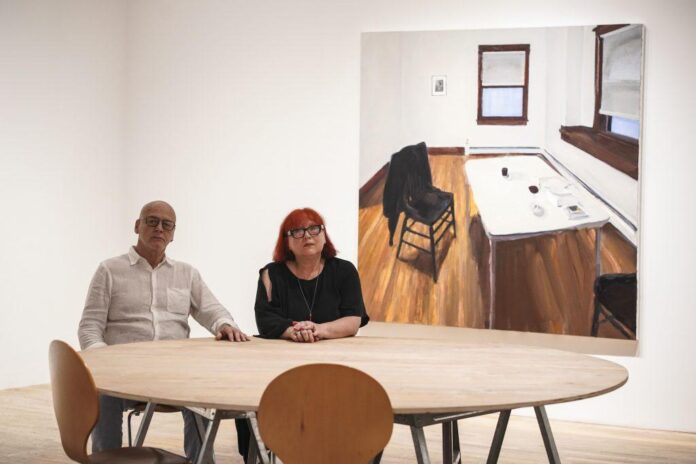 Last week, New York’s Postmasters gallery announced that it would be closing its doors and adopting a nomadic model—Postmasters 5.0, as co-owner Magda Sawon is calling its next iteration, following four physical locations. The gallery will be leaving its final home in Tribeca when its current show by the artist Gracelee Lawrence ends on 23 July, after losing a “protracted legal battle” over a pandemic rent settlement with the landlord.

“They sued us for full payment of everything from a time when clearly hardships were around for everyone,” Sawon told Artnet News. “We decided we were not going to fight that, and we’d rather vacate the space and do something else.”

Founded by Sawon and Tamás Banovich in 1984, Postmasters started out in the East Village before moving to Soho. The gallery was among the early wave of dealers to set up shop in Chelsea before it became the heart of the Manhattan art world, and then pioneered the move to Tribeca in 2013.

“When we came here, there was not much going on,” Sawon said. “Our audience was coming to see what Postmasters was doing, rather than hopscotching through the neighborhood of 50 galleries which is what we have right now.” 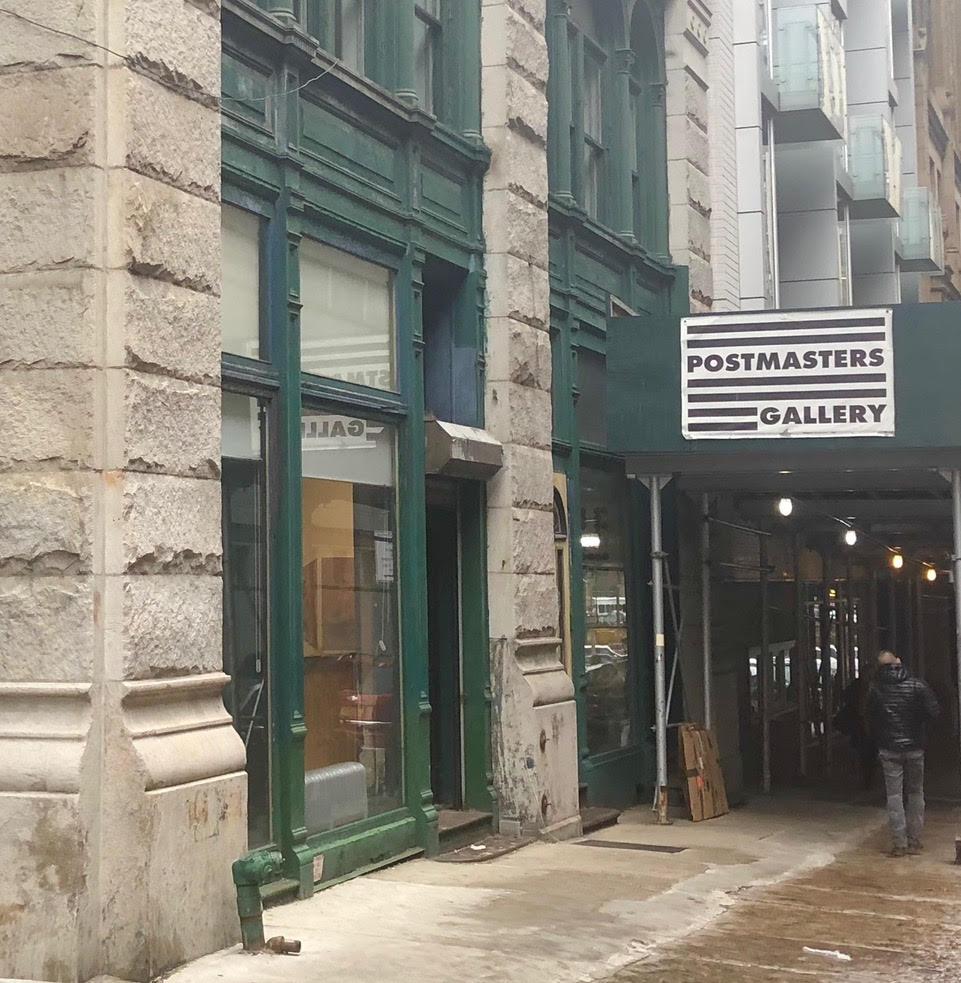 Fast forward nine years, and Tribeca is the city’s most up-and-coming art neighborhood. Other dealers that have set up shop in the area include James Cohan, David Zwirner, and Kaufmann Repetto, with Pace and Timothy Taylor set to make the move in the coming months.

“Certain ironies are not lost on me,” Sawon said. “Commercial real estate in the city is not doing great, with the exception of Tribeca galleries spaces, so there is a huge power given to people who own those spaces.”

But on the other side of the coin, Sawon and Banovich, who also have a space in Rome, saw an opportunity to arrange for shorter-term leases of ground floor retail spaces in other parts of the city experiencing less demand.

“Our thought went to possibly doing improvisational intervention-style popup shows. We can tailor the space to the need of the exhibition,” Sawon said. “The show that we have planned for September with Barabasi Lab, it is a very large show so I will have to locate a substantial space for that.” 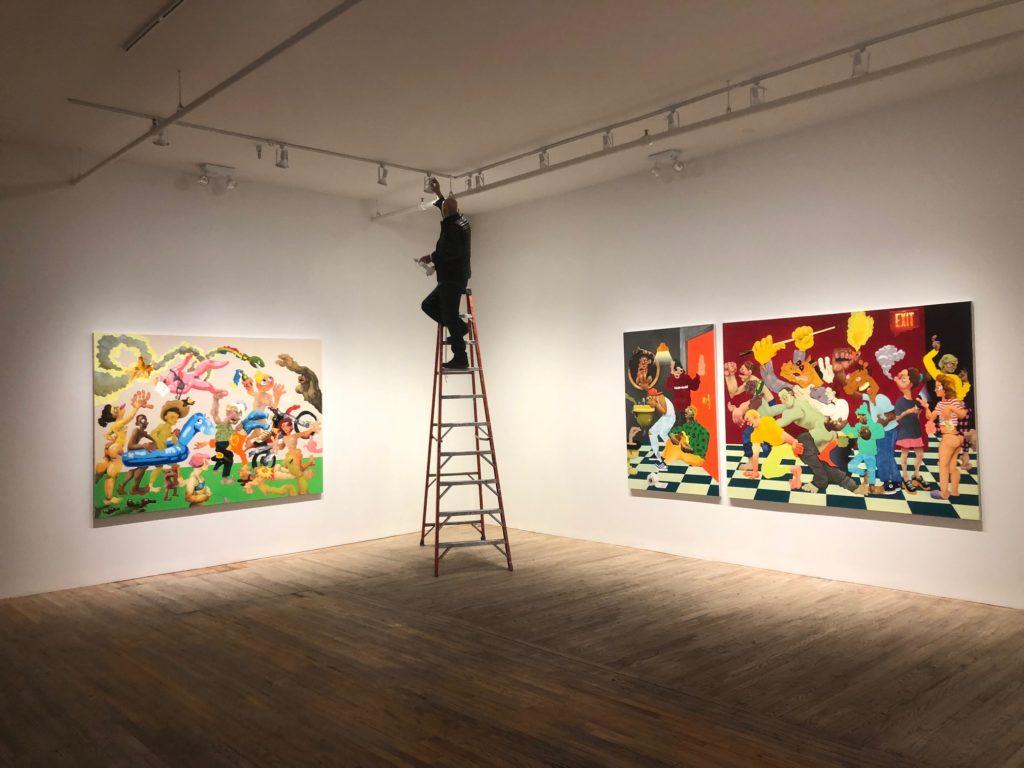 “It’s going to be a mind-blowing game-changing show about what data is these days,” she added. “It’s become the new version of realist or representational art where it shows the skeleton of data under everything, every network, every move, every activity.”

Sawon and Banovich are confident that the next iteration of Postmasters—long a champion of new media art, with its own dedicated NFT platform—will continue to push the envelope with challenging work that is not necessarily market-oriented.

“It’s very clear that if you take a longer view, what sells and what is good and relevant are not exactly the same thing—often the sliver of overlap is very small,” Sawon said. “In order for us to operate with the material that we want to show, we just need to do it in a different way.”

For Sawon and Banovich, being priced out of an evolving neighborhood doesn’t come as a surprise. “It’s just a fact of life in New York city,” she said. 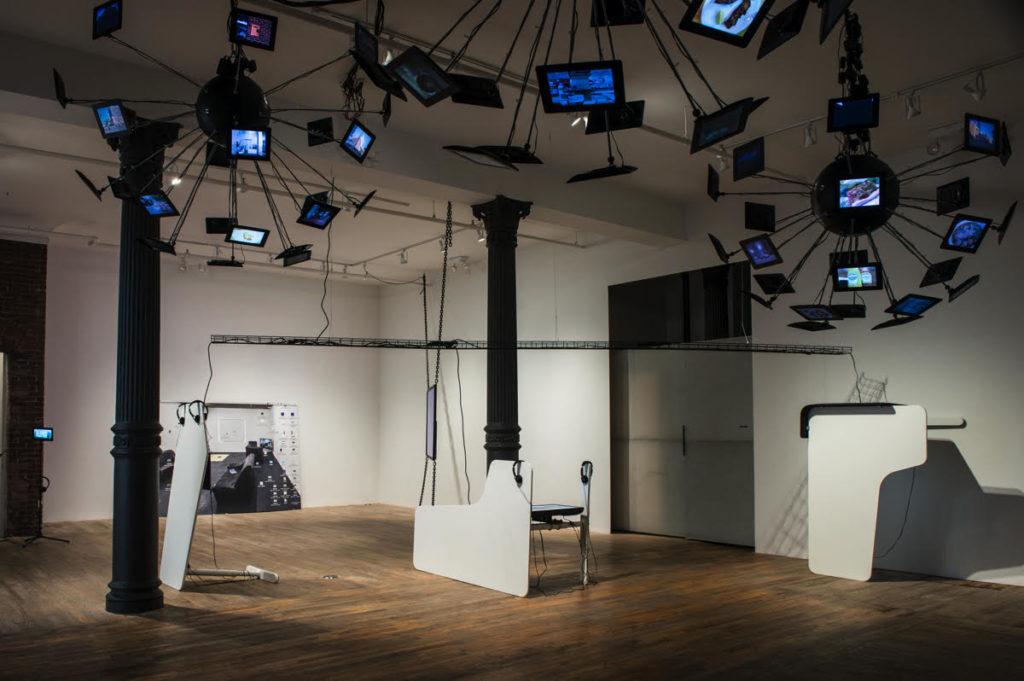 Installation view of “saved by the web” (May/June 2017) at Postmasters, a three person show of Eva and Franco Mattes, Hasan Elahi and Lin Ke. Photo courtesy of Postmasters Gallery.

And after nearly 40 years, the gallery is used to having to adapt to survive.

“In Chelsea, everybody thought the High Line would be a godsend, but the result was it became another neighborhood with huge real estate development,” Sawon recalled. “Tons of people were coming to the gallery, but they were looking for a toilet, they weren’t looking for art.”

This time around, there wasn’t a new neighborhood where a long-term move made sense—especially if that would have meant downsizing.

“It wouldn’t be satisfying for me after 38 years in very substantial spaces presenting new, difficult, progressive, and forward-thinking work to suddenly to get a mouse hole space in Chinatown and show little things,” Sawon said. “Instead of shrinking and doing something tiny, we just decided to change those rules.”

Another advantage of jettisoning a full-time storefront is not having to rent during quiet times like August, when Manhattan’s art world notoriously retreats to the Hamptons, Aspen, and other seasonal retreats. When gallery’s current space shutters later this month, it won’t be an ending so much as the beginning of a new chapter.

“We still have an enormous amount of cultural gifts to deliver to the world,” Sawon said. “I don’t understand the meaning of the word quit.”

In Pictures: A New Show in Paris Reveals the Surprising Connections Between Claude Monet and Joan Mitchell