Actor Jim Carrey has held many memorable roles over the years, from raunchy comedies to indie darlings. His incredible talent has made the characters he plays iconic; their personas—particularly their facial expressions—live long beyond their time in theaters. Artist Vince Low pays homage to Carrey’s masterful acting abilities with a series of nine black and white portraits. Captured in energetic scribble-style, they’re faithful representations of some of Carrey’s famous faces. 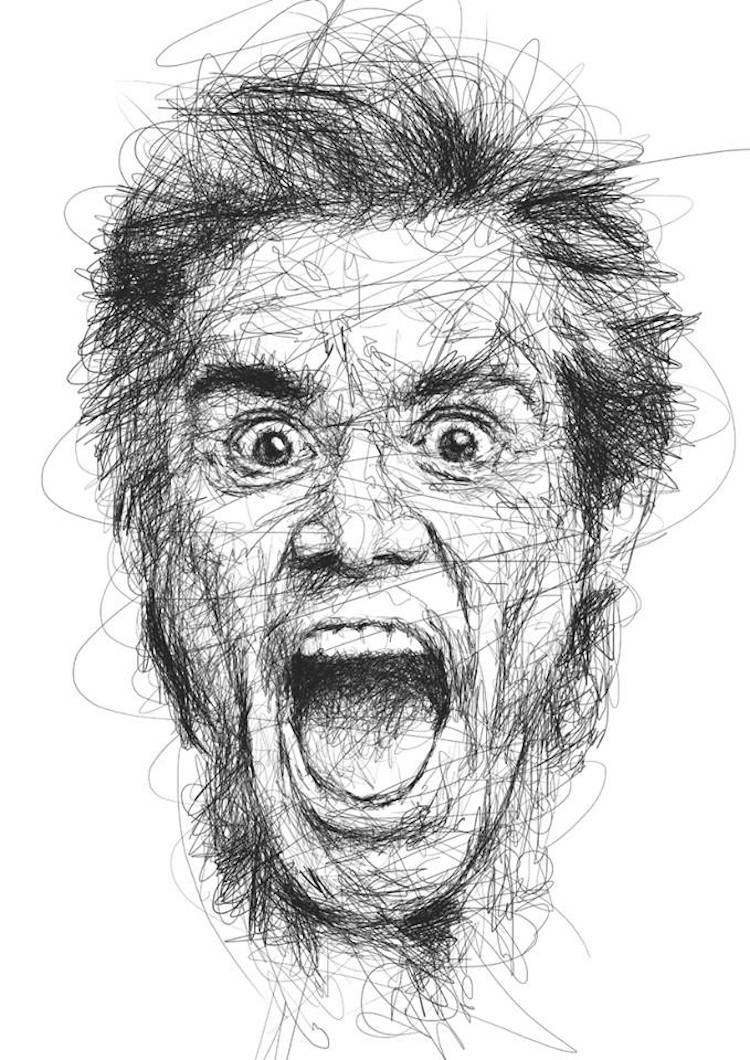 Low’s playful drawings build three-dimensional form through repeated mark making. When he wants an area to appear shaded, he simply whisks his pen over that part again and again. In doing this, he also implies movement. The carefree fluidity of these lines makes the drawings feel like they’re traveling across the page. Or in Carrey’s case, it seems as if he’s in the middle of acting in a scene. 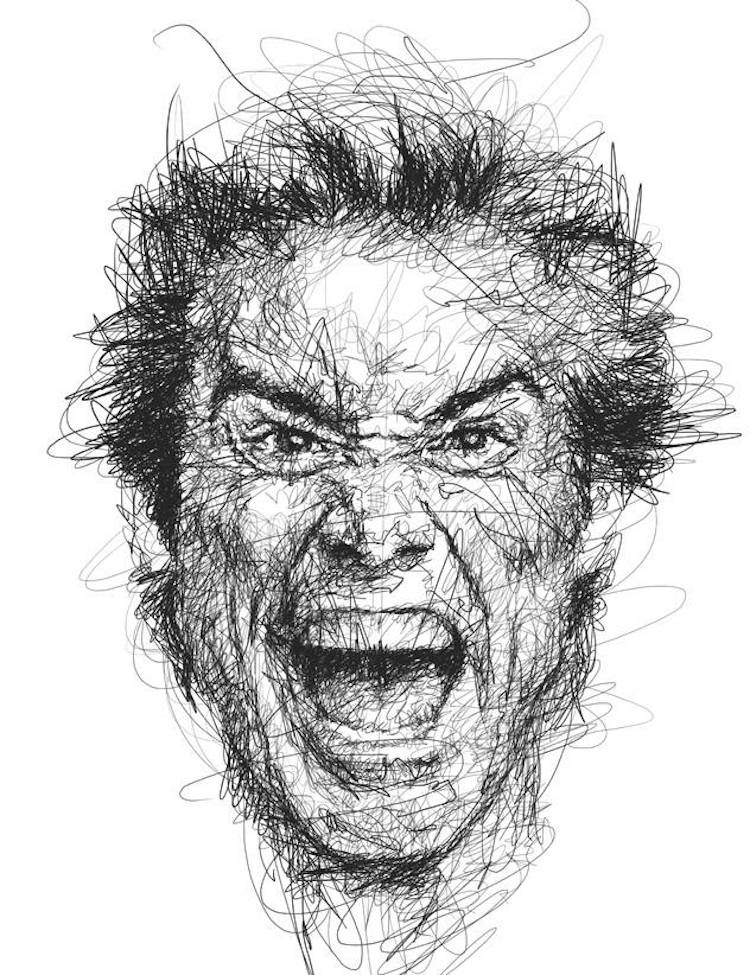 Low and Carrey have a connection that goes beyond the arts and gives insight to why they’re in creative fields today. They both have dyslexia and struggled early in school; drawing and comedy, respectively, helped them deal with these challenging situations. Now, after honing their talents, the two have found success in the things that allowed them to cope with their disorder. 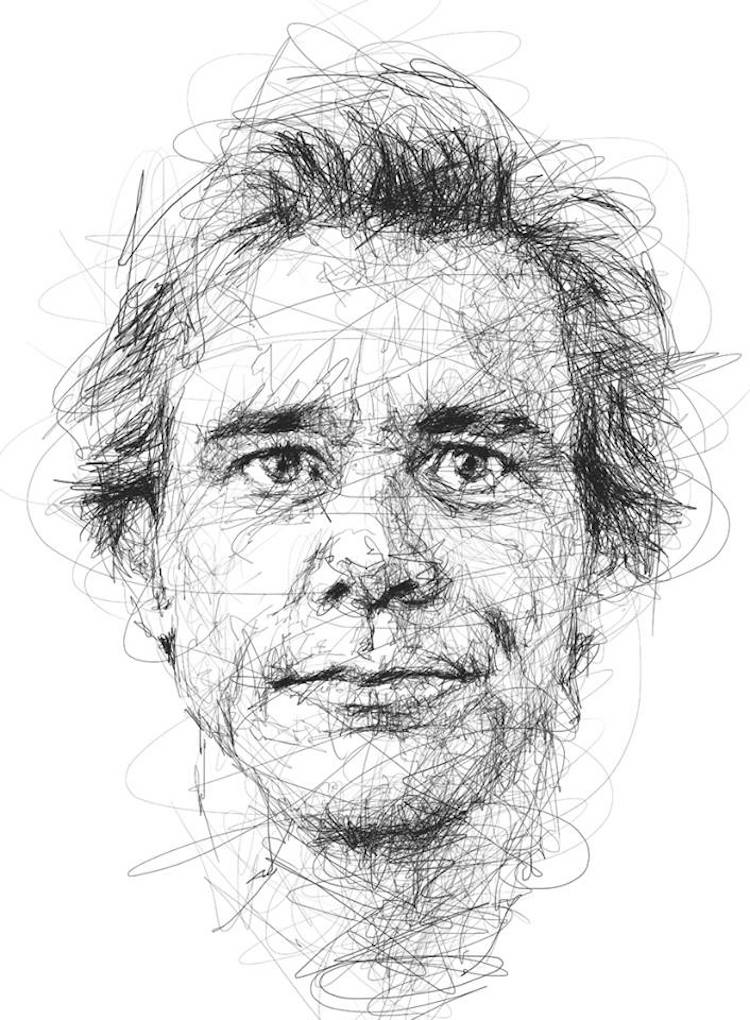 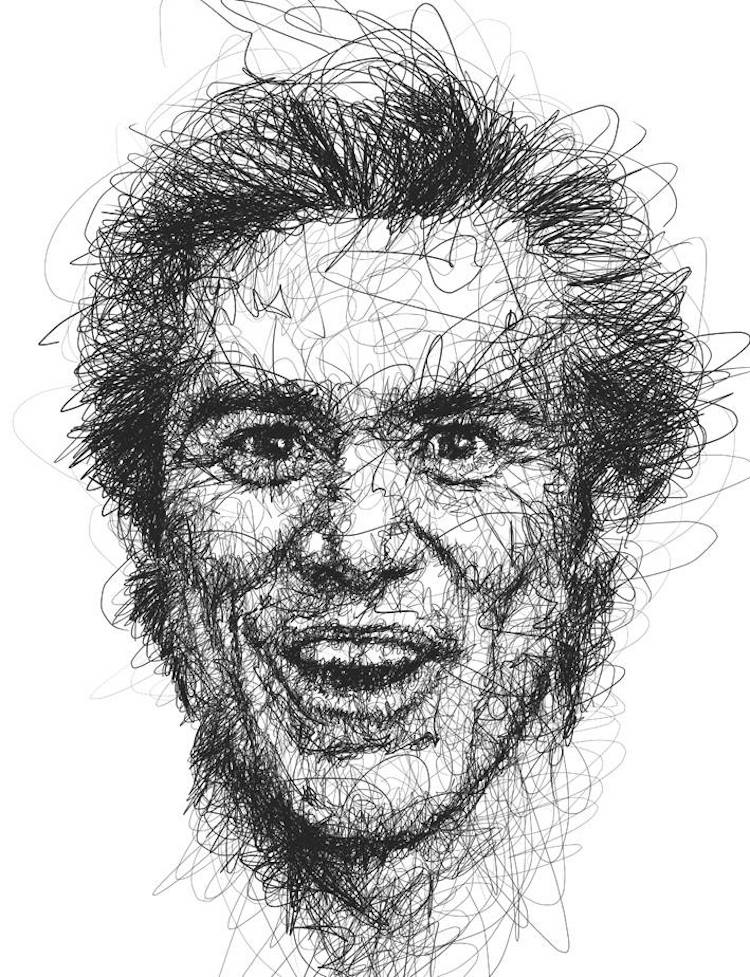 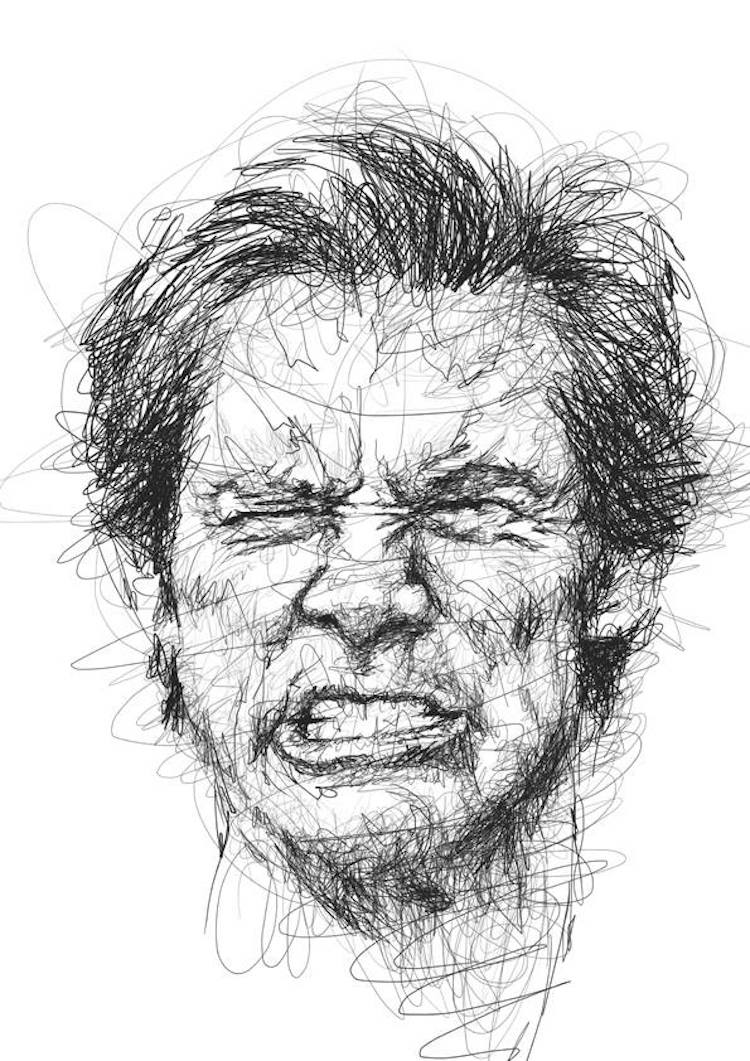