Home News Drake Is the Surprise Angel Investor Behind the Resurgence of Luna Luna,... 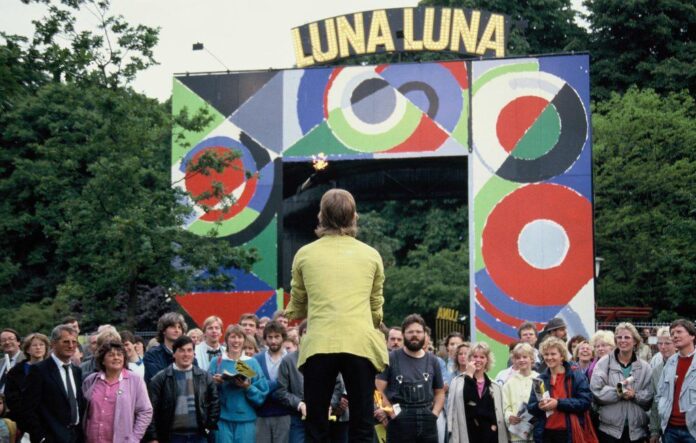 DreamCrew, the arts and entertainment firm co-founded by rapper Drake, has acquired all remnants of Luna Luna, an otherworldly art carnival that debuted to the public just once in Hamburg in 1987 with attractions created by a number of notable artists. Among the highlights were a ferris wheel by Jean-Michel Basquiat, a mirrored fun house designed by Salvador Dalí, and a carousel hand-painted by Keith Haring.

Austrian artist André Heller originally conceived Luna Luna “to build a big bridge between the so-called avant-garde—the artists who were a little snobbish sometimes and didn’t connect with the masses—and the so-called normal people,” as he told the New York Times. The childhood nostalgia for amusement parks was also present in Heller’s plans: Luna Luna took its name from Luna Park in Coney Island. 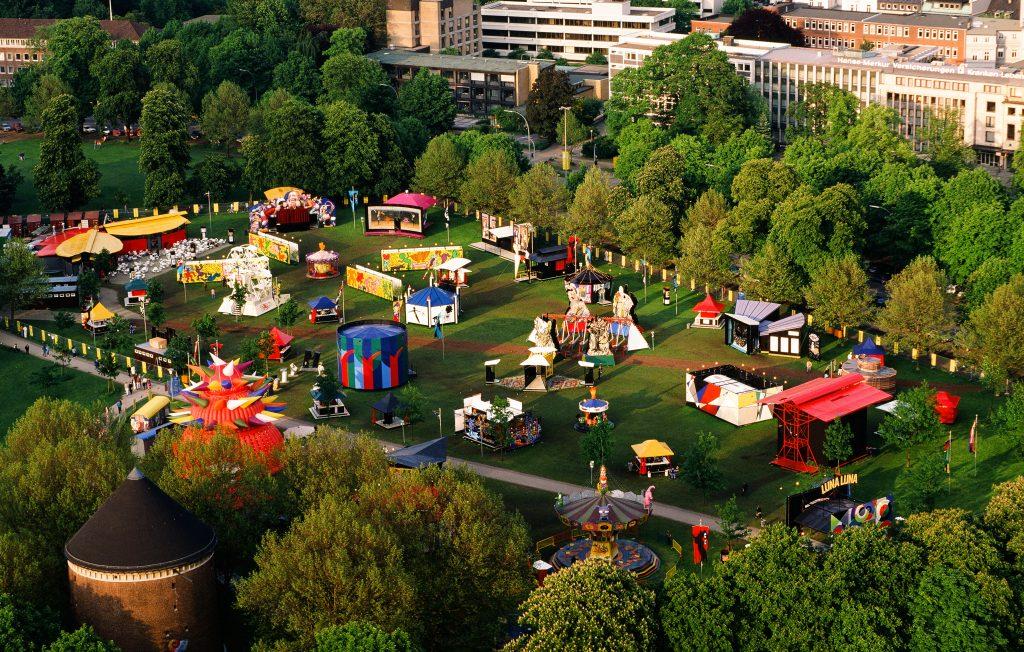 In 1985, Heller received a $350,000 grant to build the fair. He traveled the world to recruit leading artists, from Philip Glass and Rebecca Horn. Only John Cage said no. 220 artisans built the carnival from vintage equipment, working in Europe alongside artists such as Haring and Kenny Scharf.

The city of Vienna had planned to buy and permanently display Luna Luna afterwards, but it pulled out over political strife. An European tour fell apart, too. Heller went into debt. By 1990, he sold everything left of Luna Luna for $6 million to the charitable Stephen and Mary Birch Foundation. The organization intended to show the fair in San Diego, but the event never materialized.

In 2007, Luna Luna’s pieces moved to a storage unit in rural Texas. Goldberg stumbled upon its story in 2019. At the same time, Heller had been toying with a relaunch, encouraged by Basquiat scholar Dieter Buchhart.

When Goldberg shared Luna Luna’s story with his extensive entertainment contacts, Drake “got it the fastest,” the rapper’s manager, Adel Nur, told NYT. Heller received word of Drake’s interest during the pandemic. Following negotiations between Heller, the Birch Foundation, and DreamCrew, the deal went through. 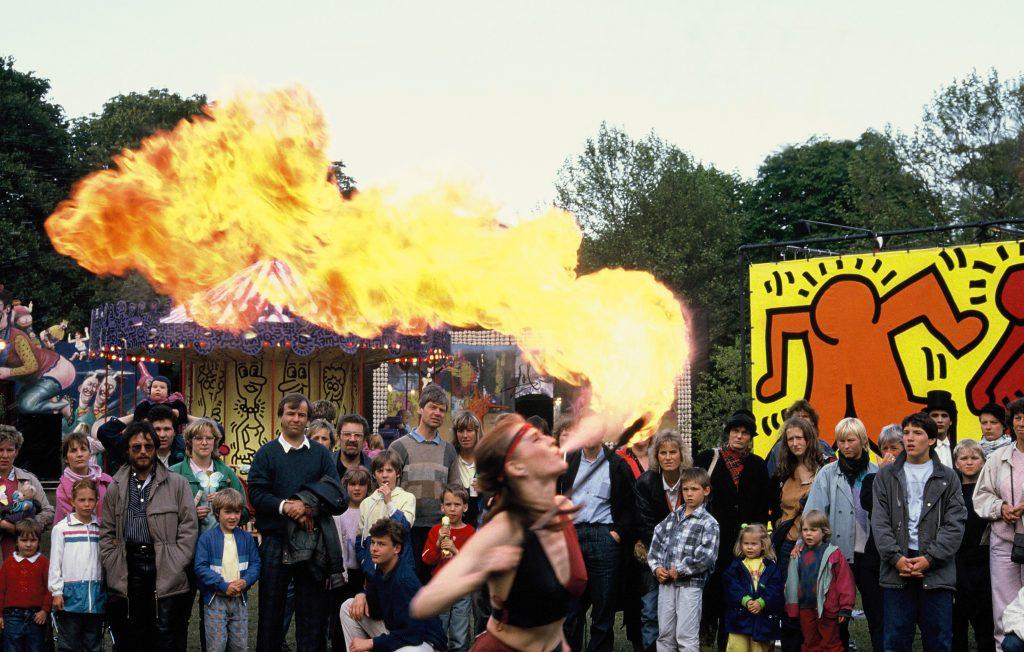 A performance at Luna Luna in front of a mural by Keith Haring, Hamburg, Germany, 1987. Photo courtesy of Luna Luna.

Since leaving Texas this January, Luna Luna now lives in a 50,000-square-foot warehouse in Boyle Heights, Los Angeles, in constant company. There was anxiety over the state of its artworks, entirely unseen after 35 years in storage, but the quality has held up. There is no word on how much Drake paid for Luna Luna, but investment in its forthcoming tour has topped $100 million.

DreamCrew partner Anthony Gonzales now serves as chief executive at Luna Luna, overseeing the restoration of its historical components (which are now too fragile to ride), alongside the creation of new rides, interactive experiences, dining, music events, and educational programming. A curatorial team, its members hailing from the Tate Modern, Museum of Contemporary Art, and the Shed, will pitch in under lead advisor and art historian Helen Molesworth.

“I think we’re actually built better than any other resource to make this a reality,” Gonzales told NYT. “We exist in live events, we exist in culture, we understand the art world and being artist-friendly.”

Live Nation will produce the tour, marrying its live event expertise to fine art. The only piece missing is Heller himself, who caught flack when he revealed earlier this year that he’d once cut up and sold drawings Basquiat created for Luna Luna. Some called it forgery. Heller was cut from the project.

DreamCrew, which has produced shows like HBO television series , is documenting the lead up to Luna Luna’s relaunch for a film. Next February, it is re-releasing an English translation of the original Luna Luna monograph.

The Only Titian Painting in Switzerland Is Most Likely Not a Real Titian, According to an A.I. Art Authenticator

William Nelson’s exhibition is on view