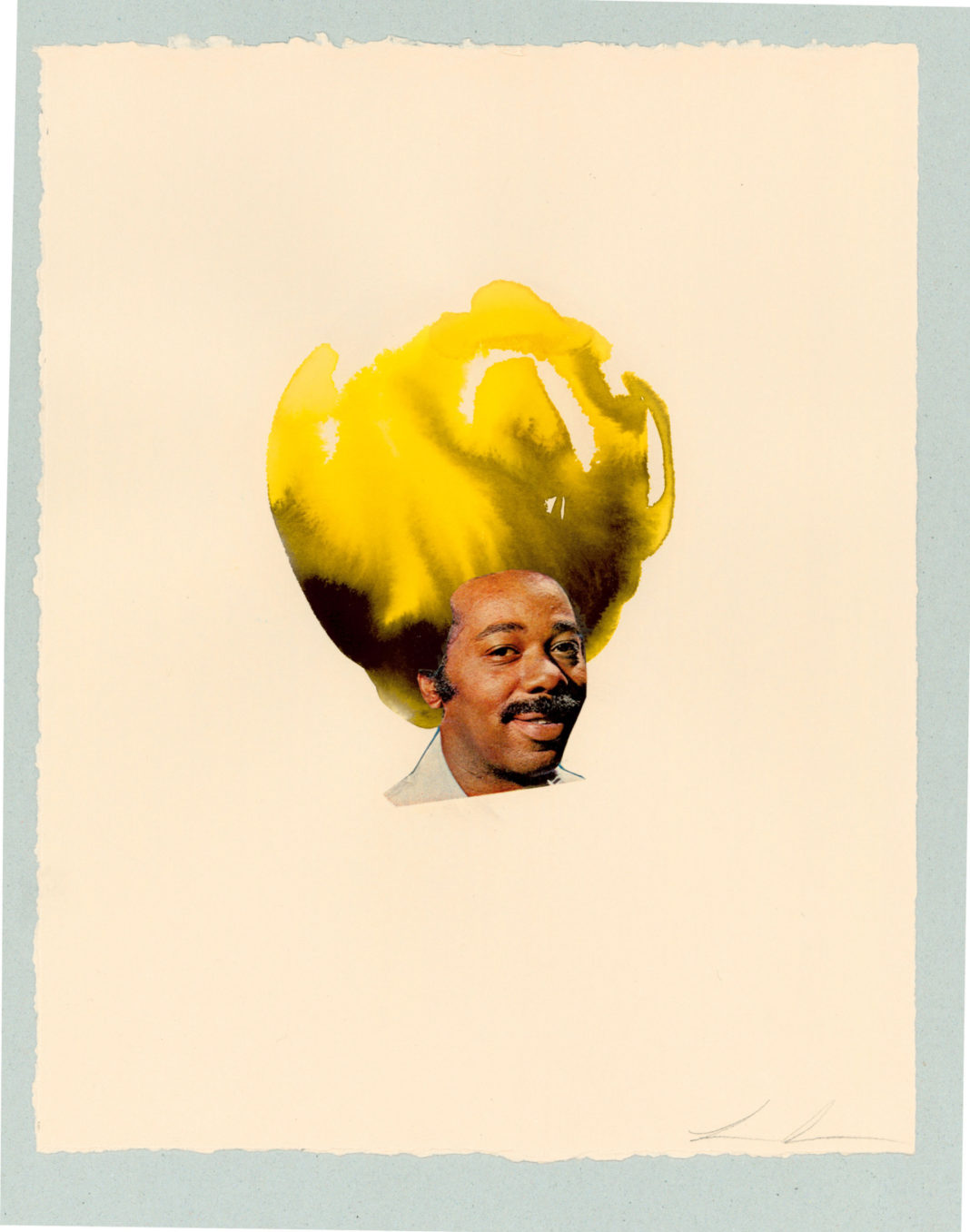 Brooklyn-based artist Lorna Simpson combines images of black men and women pulled from vintage advertising photos with bright ink washes to give her subjects kaleidoscopic hairstyles erupting with color. The photographs are snipped from old issues of Ebony and Jet magazines and are either layered with ink or found textbook imagery like crystalized growths to explore the deep and varied language of hair. In one piece the subject is adorned with a thick slab of rock, while in another a cross-section of a human brain acts as the subject’s coiffed hairstyle. 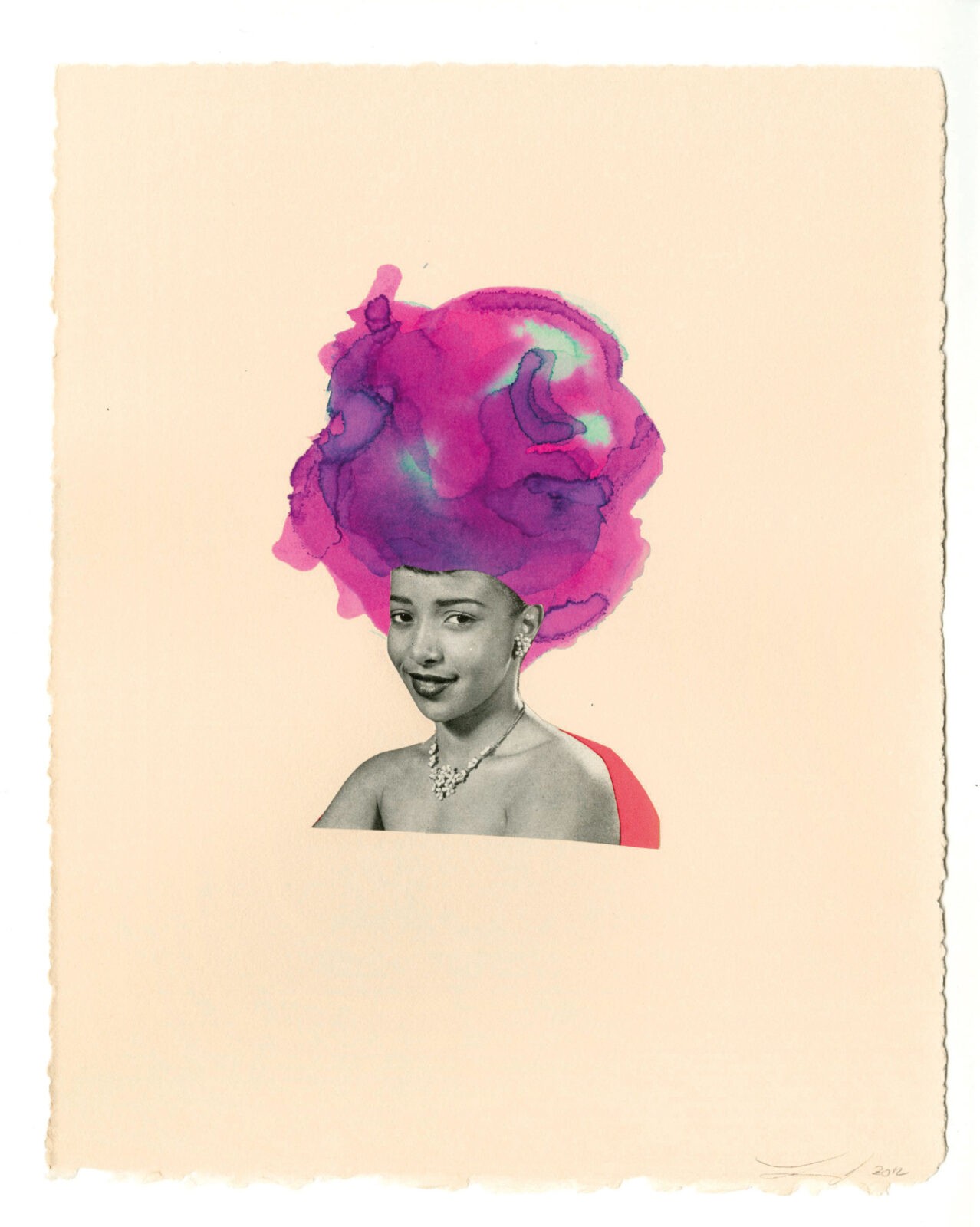 Over 150 of these collages have been compiled in her recent book Lorna Simpson Collages, out early next month through Chronicle Books. The volume contains an artist’s statement and an introduction by poet, author, and scholar Elizabeth Alexander who explains, “Black women’s heads of hair are galaxies unto themselves, solar systems, moonscapes, volcanic interiors.” 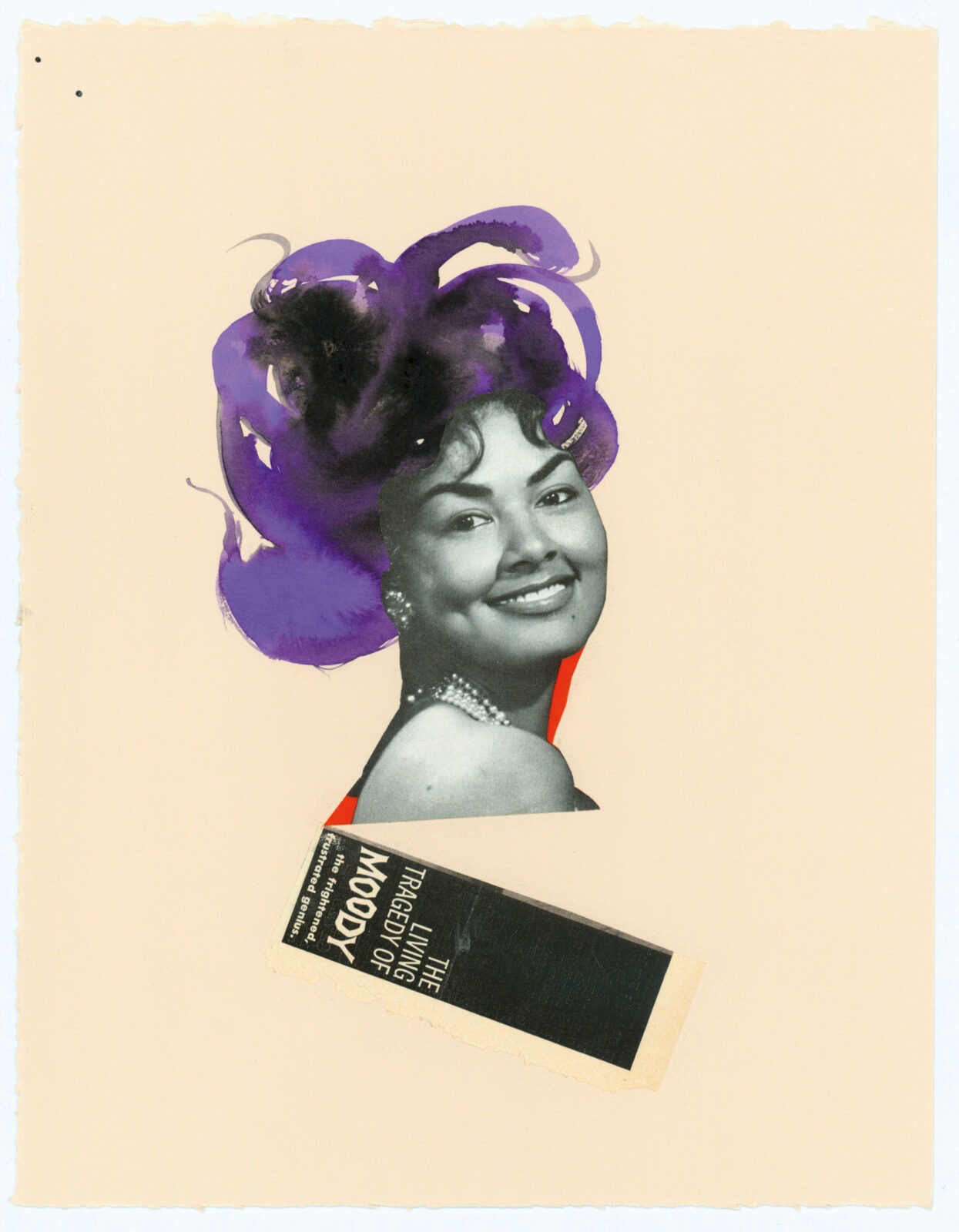 Born in Brooklyn, New York in 1960, she attended the High School of Art and Design. Her parents loved the arts and took her to numerous plays, museums, concerts, and dance performances.[1] She later attended the School of Visual Arts in New York where she received a Bachelor of Fine Arts in Photography. After receiving her BFA, she traveled to Europe and Africa, developing skills in documentary photography, her earliest works. While traveling, she became inspired to expand her work beyond the field of photography in order to challenge and engage the viewer. 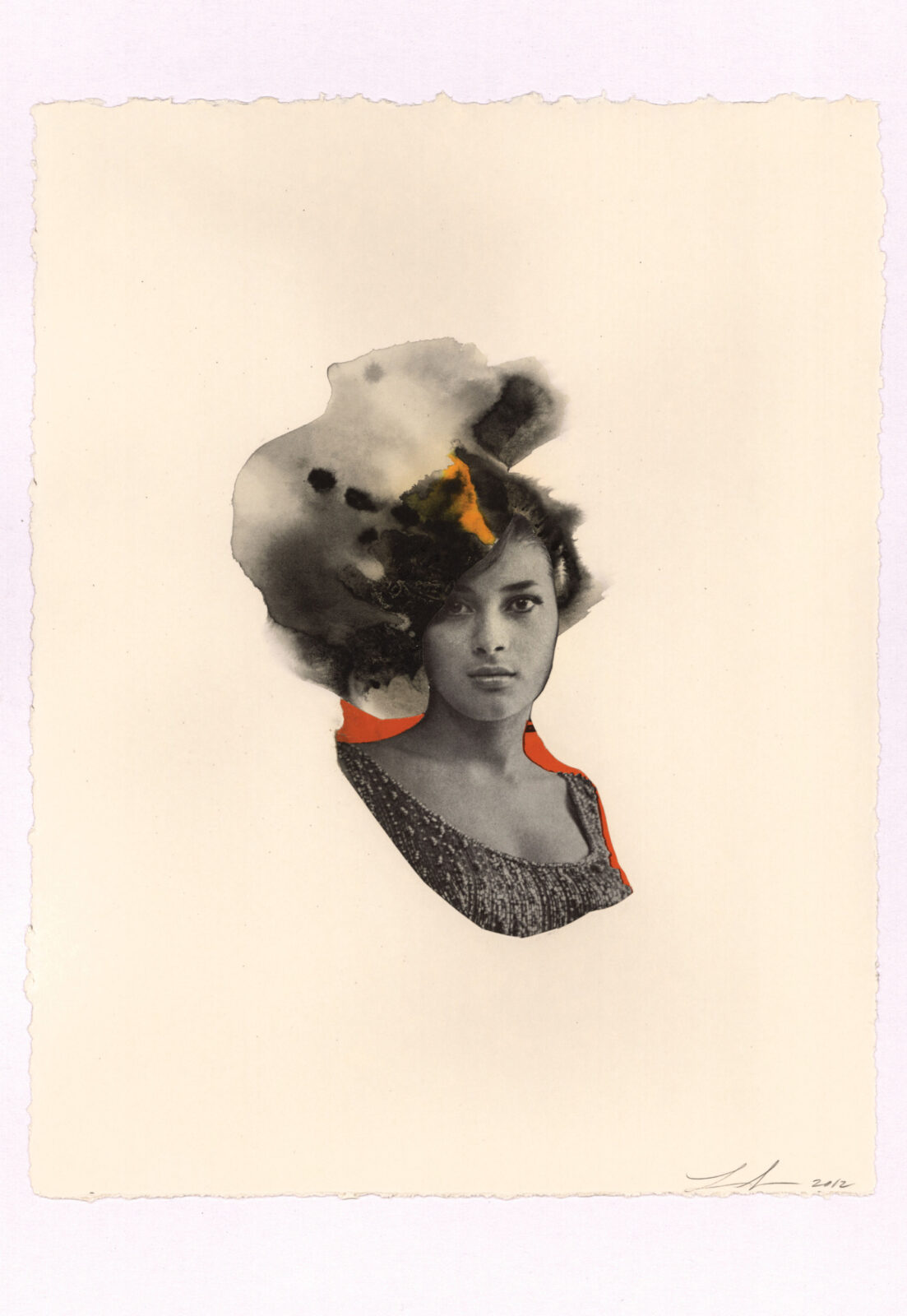 It was these ideas that she worked on while earning her Master of Fine Arts degree from the University of California at San Diego in 1985. Her education in San Diego was somewhere between Photography and Conceptual art, and her teachers included conceptualist Allan Kaprow, performance artist Eleanor Antin, filmmakers Babette Mangolte and Jean-Pierre Gorin and poet David Antin. What emerged was her signature style of “photo-text”, in which graphic text is inserted into studio-like portraiture, bringing new conceptual meaning into the works. These works generally related to the perception of African-American women within American culture.

You can currently preorder the book on Amazon, and view more collages by Simpson on her website.