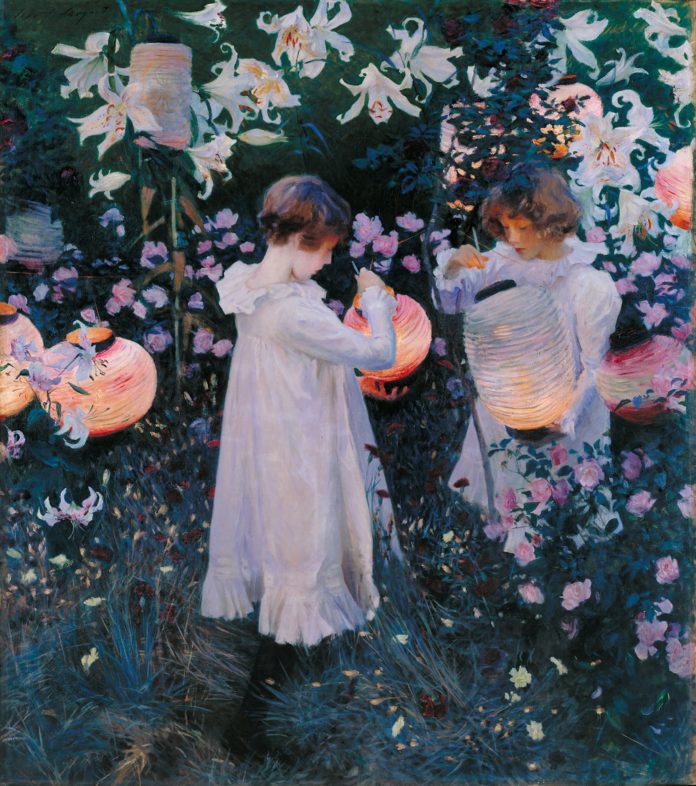 A lot of artists became famous due to the fact that they painted portraits of famous people. An image of an ordinary person brought fame less often. But sometimes the canvas was associated with a completely unwanted glory, and the true recognition of the artist had to wait for many years. From many contemporaries-Americans, John Singer Sargent (John Singer Sargent, 1856-1925) distinguished the passion for travel. Many of his compatriots left the United States for a short time and not for long, and already in early childhood, he learned how great and varied the world is. 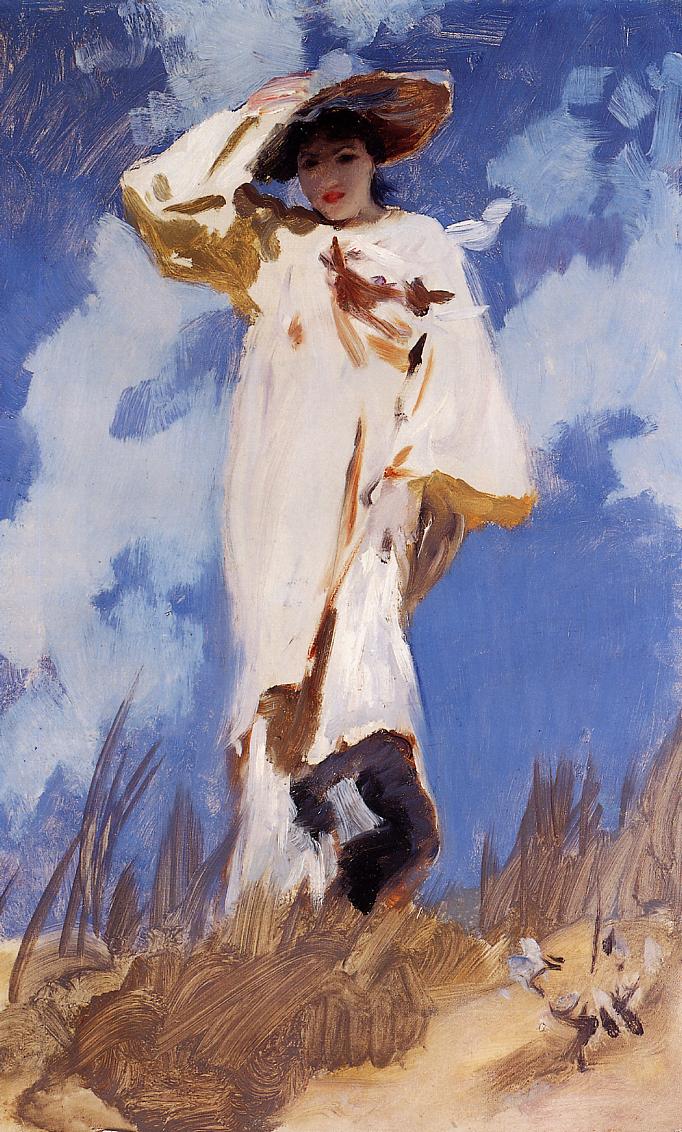 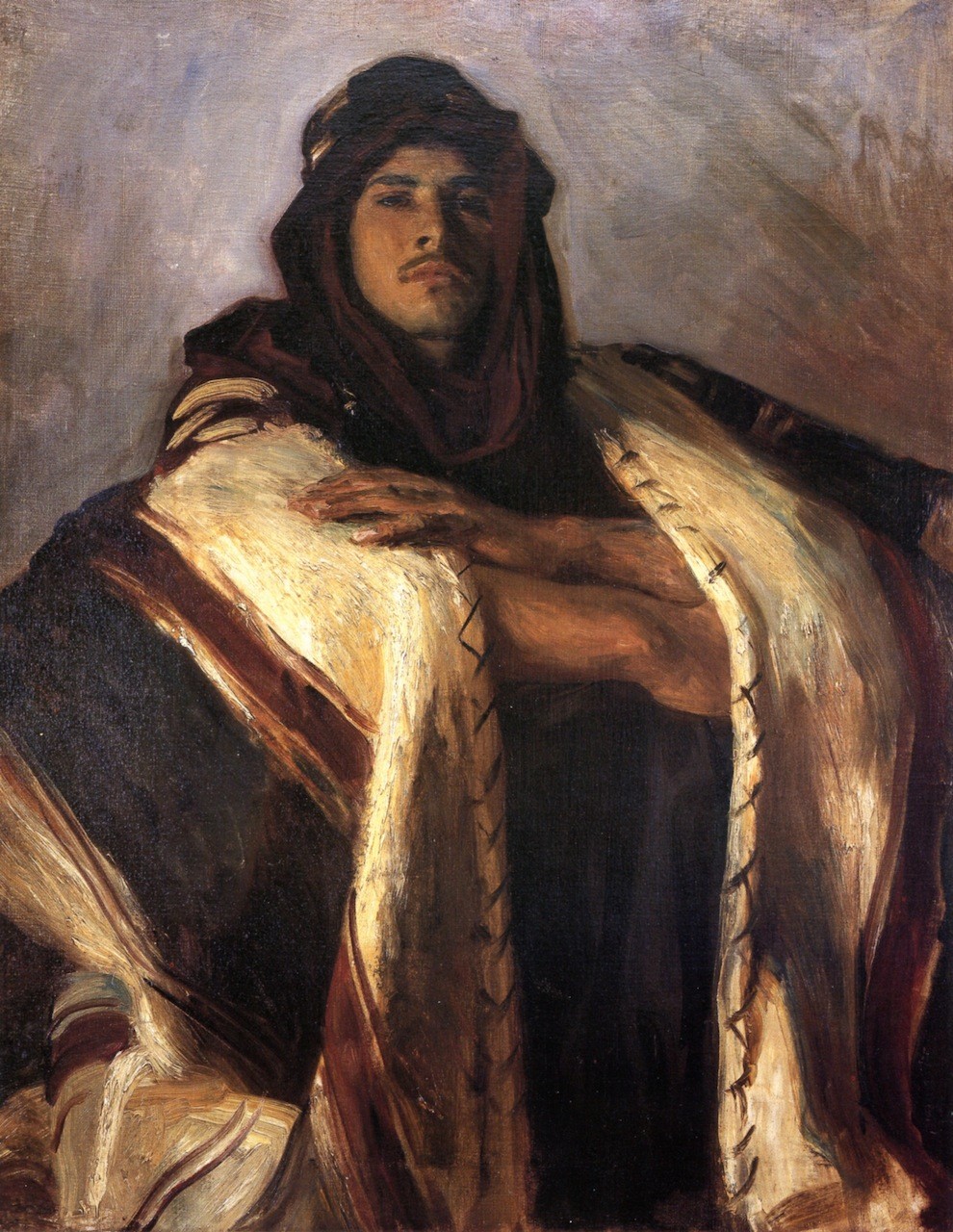 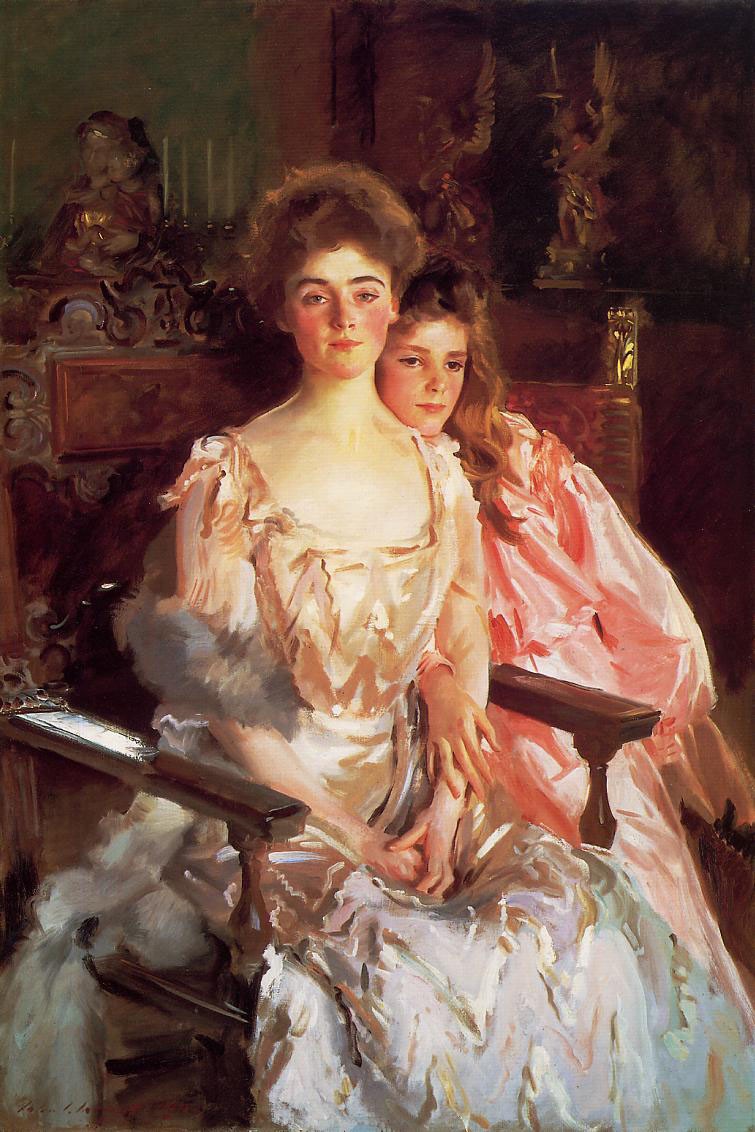 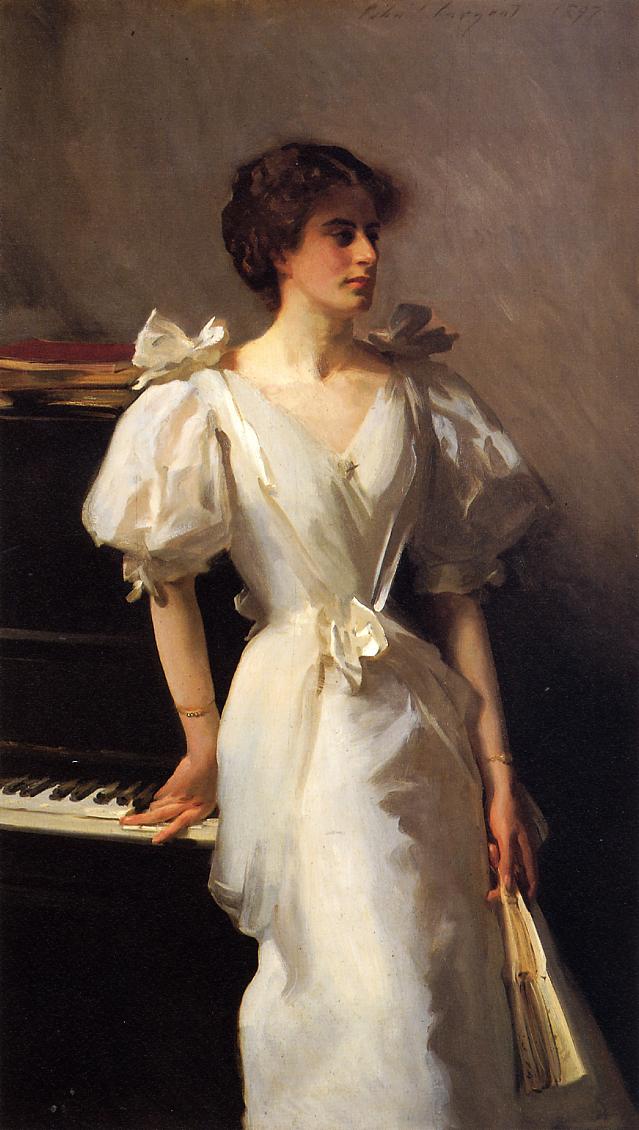 John was born in 1856 in Florence, although his parents were citizens of America. They could afford long trips around Europe, and the first years of life the future artist spent with his family in Italy, Switzerland and France. The boy’s education was unsystematic but versatile, he was fluent in German, Italian and French. In addition, he received many different impressions, which later embodied in the images of scenes of street life, especially Italian. The painting lessons that the incoming teacher first gave were bearing fruit, and on the family council it was decided that John would continue his education at the Academy of Fine Arts in Florence.

Four years later, the desire to write did not disappear, and he went to Paris. Teacher of the young man Charles Emil Durand immediately singled out Sargent from among other students of his studio, seeing his great talent. In 1876 Sargent first exhibited his painting at the Salon. But most of his works of that period are not as interesting as the later paintings. His landscapes wore a pleasant unobtrusive character and resembled impressionistic ones. 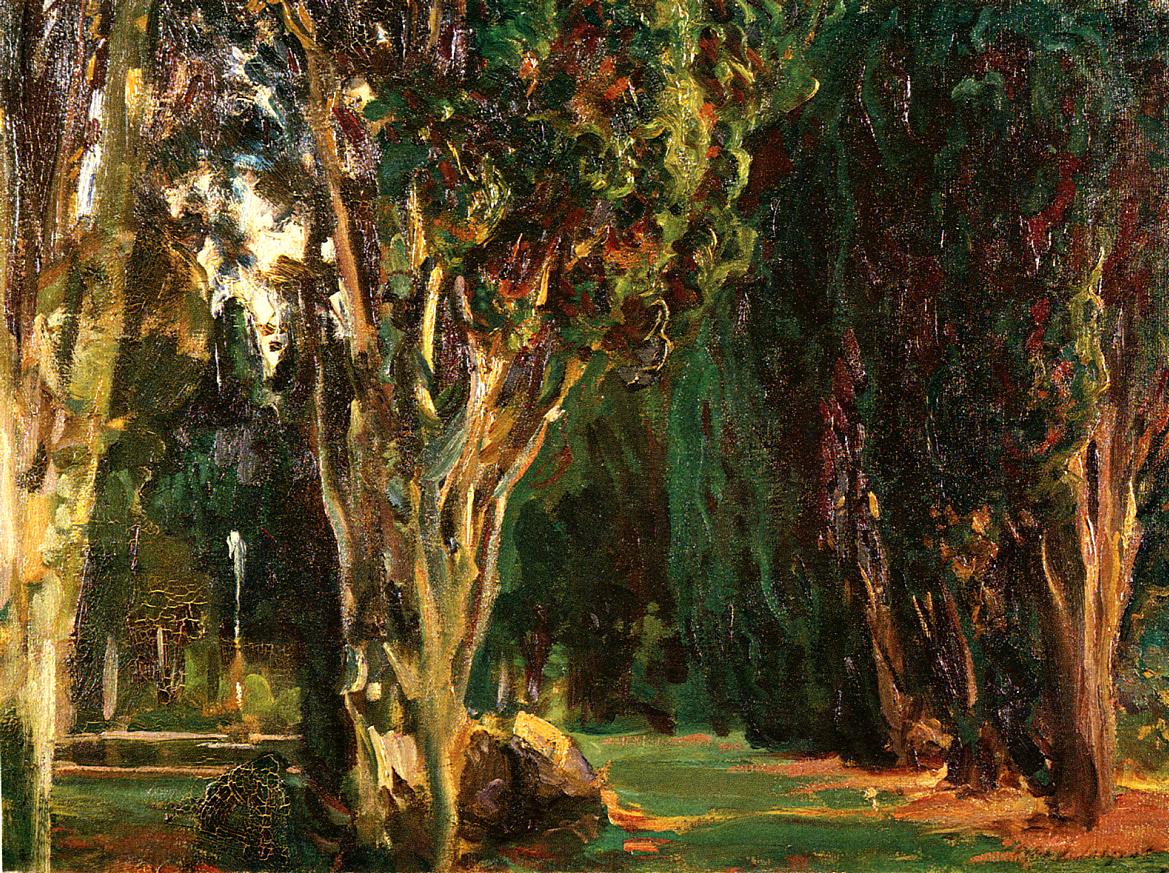 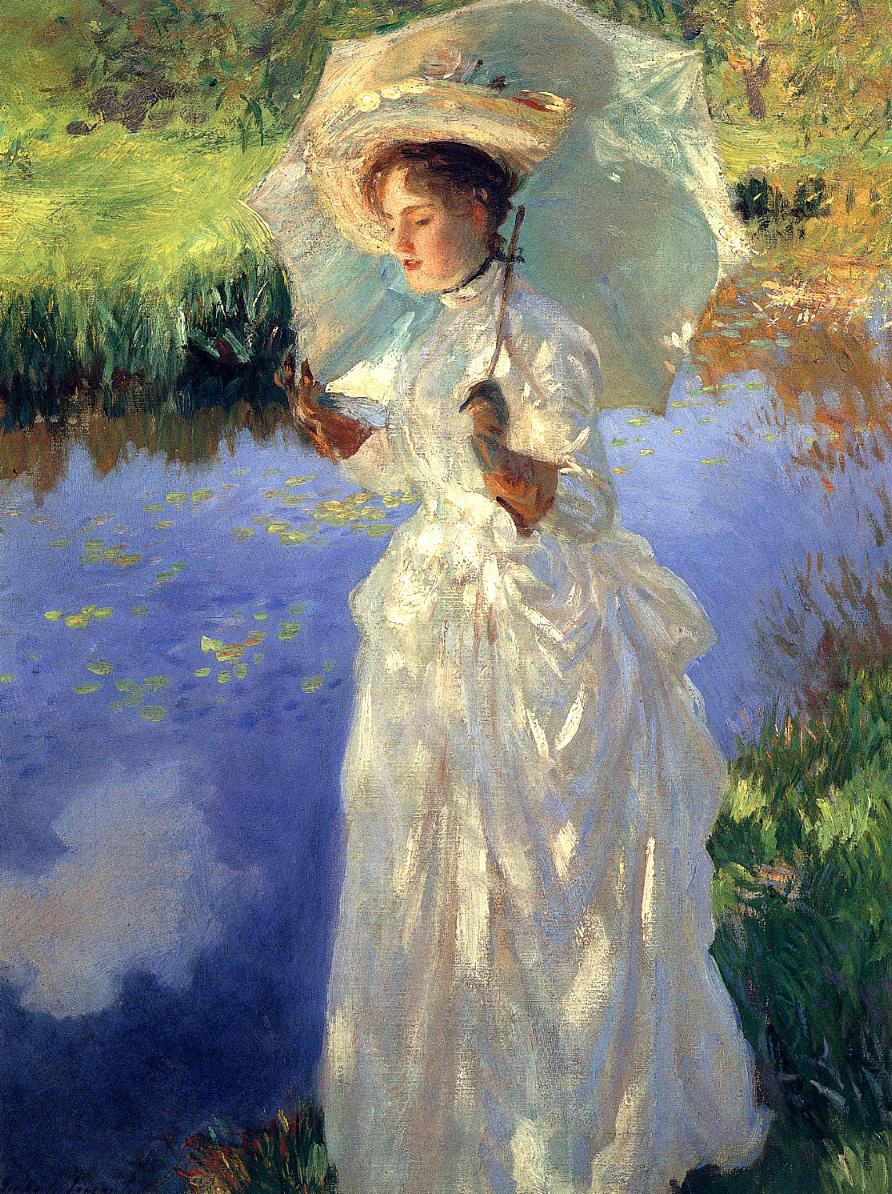 But the true talent of Sargent-the portraitist still had to be opened, although in his portraits, written without finesse and ostentatious gloss, there was already undeniable skill and depth. Having become independent, Sargent did not stop traveling and visited many countries, and after a trip to the United States he loved his mother with all his heart. 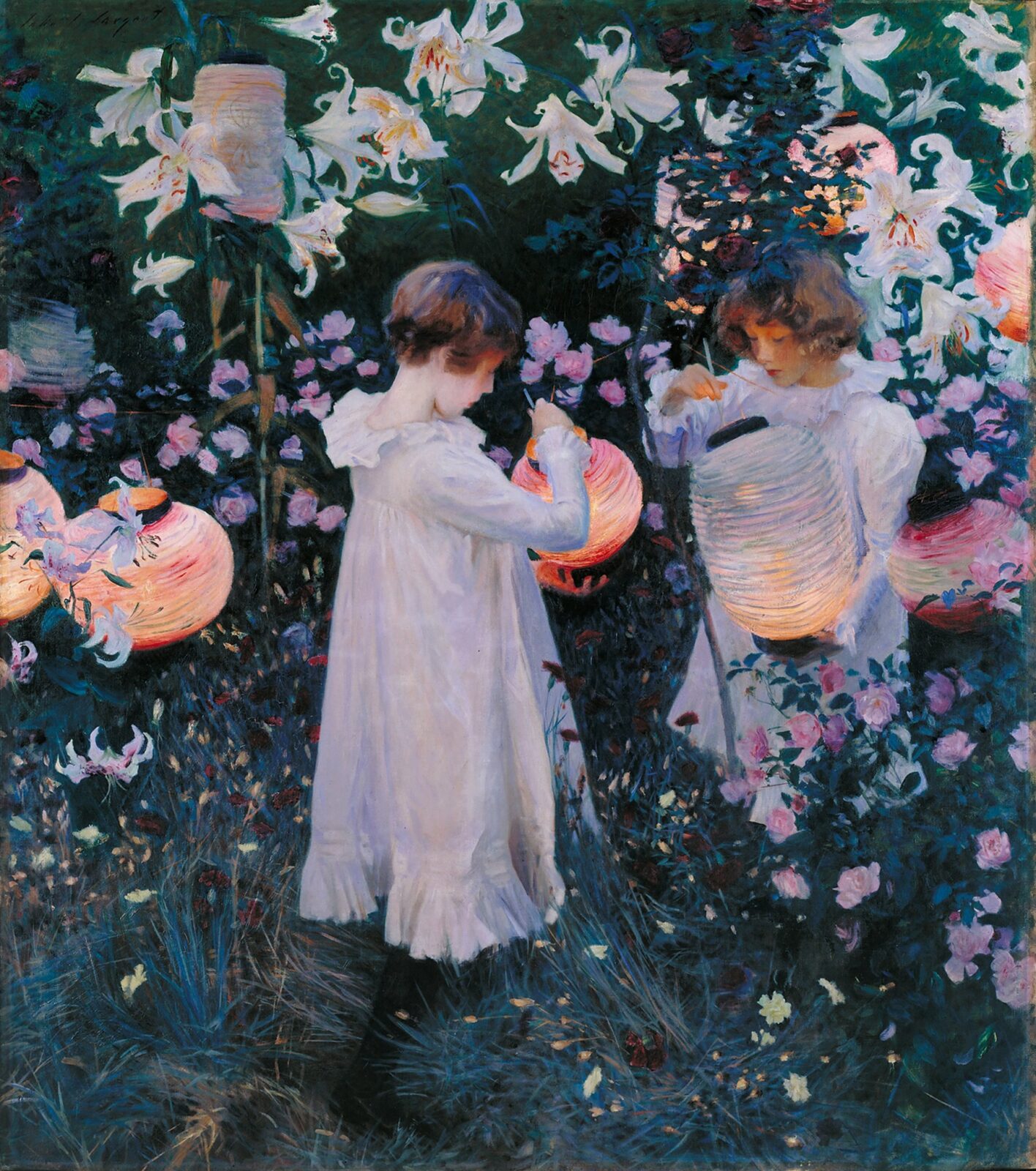 In the 80’s and 90’s Sargent was a fashion painter in Paris. There he wrote many beautiful works, among which there is a charming canvas “Carnation, lily, lily, rose” – the most delicate in mood and spirit, magical in its realism and unearthly peace. It seems to alienate the viewer from reality and creates an atmosphere of some timelessness. This feature is inherent in many of Sargent’s works, it makes us forget that the people depicted in the picture are separated from us almost two centuries. No picture has played in the artist’s work such an important and ambiguous role as the one that today is known as the “Portrait of Madame X”. There was no particular secret in the personality of the model: the picture depicts the wife of the Parisian banker Virginia Gottro. But the story of this portrait was not easy. The artist spent more than a year trying to persuade Madam Gotro to pose for him, and during the work was forced to constantly ask her not to be distracted. But these difficulties were simply trivial in comparison with the reaction to a portrait of critics and viewers.

No picture has played in the artist’s work such an important and ambiguous role as the one that today is known as the “Portrait of Madame X”. There was no particular secret in the personality of the model: the picture depicts the wife of the Parisian banker Virginia Gottro. But the story of this portrait was not easy. The artist spent more than a year trying to persuade Madam Gotro to pose for him, and during the work was forced to constantly ask her not to be distracted. But these difficulties were simply trivial in comparison with the reaction to a portrait of critics and viewers. 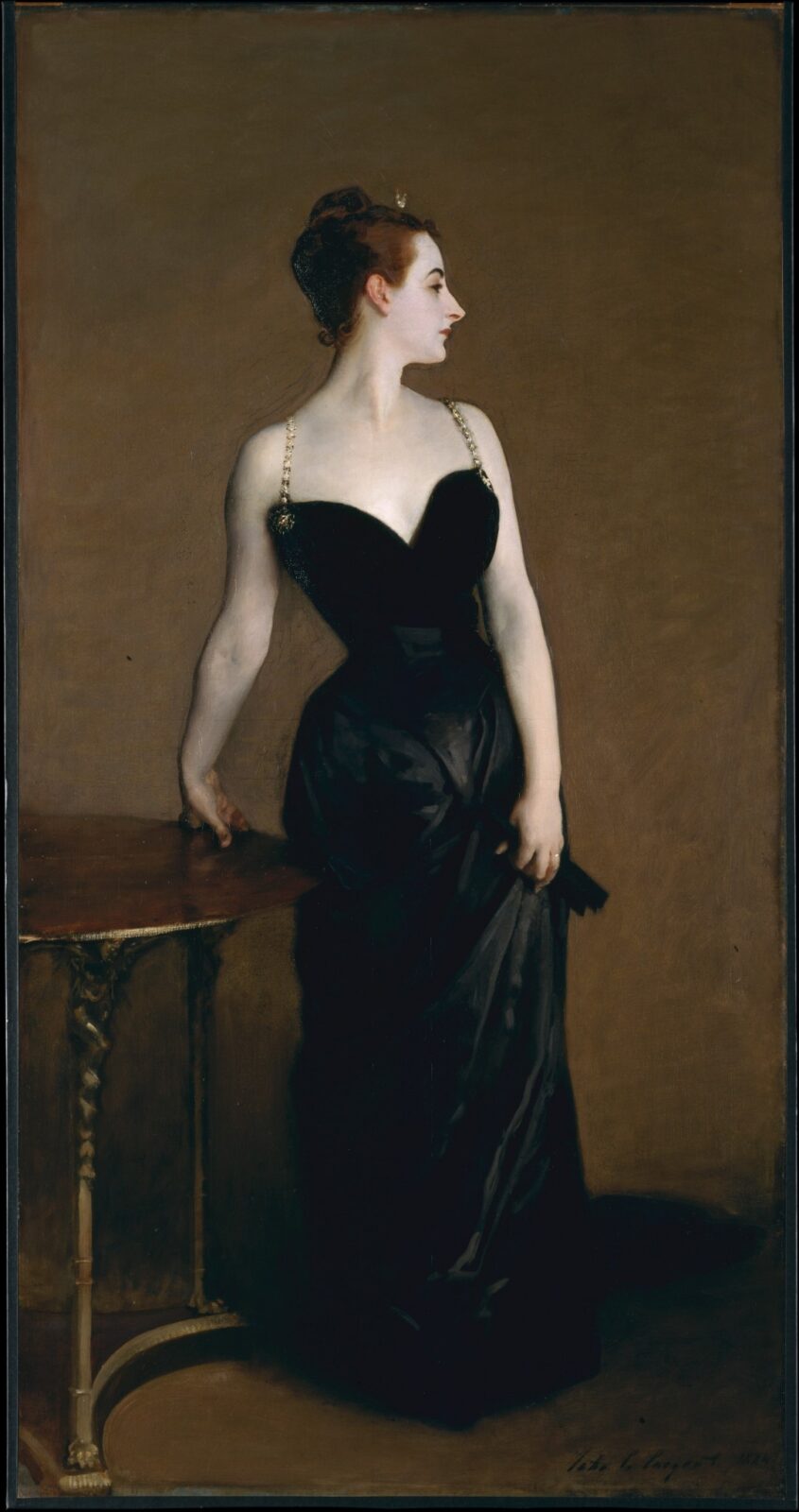 Paris literally exploded with indignation. The artist was accused of excessive “frankness” of the canvas, and Virginia’s mother came to Sargent, claiming that her daughter would not bear such a blow to the reputation. Public opinion is very harsh, but there are several points that give this story a piquant shade.

The “vicious” picture was called not without reason, as rumors of the love affair of Madame Gotro went before the writing of the portrait. As for the unnatural pallor of the model, which the artist allegedly very vividly emphasized, then in society it was said that Virginia used arsenic in pursuit of fashion, risking health for the sake of spectacular whiteness of the skin. There were also complaints about the image of the beauty’s toilet: one of the brilliant straps of her dress was originally playfully falling off her shoulder, but later John Singer Sargent, under the pressure of criticism, redrawn it in a more “decent” way.

It turns out that the Parisian public, far from always burdening themselves with morality, perfectly saw in the image the vices that were inherent in the heroine. But public opinion branded not her, but the artist, and he was forced to go to London. Success in England, albeit less noisy than before in France, somewhat encouraged Sargent. And his personal exhibition in 1888 in America caused a furor, and he regained his reputation as one of the most talented portraitists of his time. The painter was awarded the title of honorary member of three universities.

The artist tried himself in other genres, mainly landscapes, as well as in battle painting. Having died in London from a heart attack at the age of 69, he left more than 3000 works with oil and watercolor and a huge number of sketches. “Portrait of Madame X” played a significant role in the fate of Sargent. Thirty years after his creation, he sold the painting to the Metropolitan Museum, noting that it was probably the best of his works. It is difficult to say whether this is so, but, in any case, it became the most recognizable and discussed work of the artist and provided him with a pass to immortality.